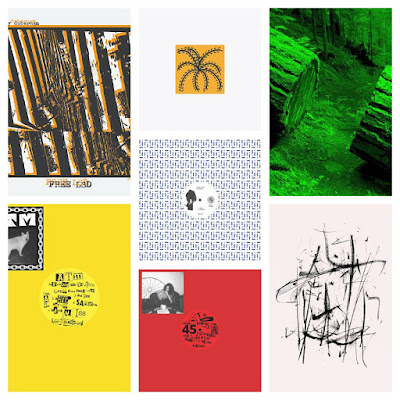 “I’m interested in freaks, outsiders, anomalies, loners”
Radical Documents is a Los Angeles based record label that focuses on unique, experimental, and often obscure transmissions of sound from a wide range of artists.

Why did you decide to start a record label last year?
Matthew Clifford Green: Well, technically this label has operated off and on since around 2010. It started in Portland, Oregon as a miss mash of things… cassettes in super small editions, art books, Lathe cuts etc. One of the first releases was a cassette recording of my neighbors house being demolished by a bulldozer (in an edition of 3). It was pretty scattered and impulsive. Things would be active for a moment and then go silent for a bit. I had a few years where the project was on hiatus as I helped a friend get their record label off the ground. But yes, it was this last year that the label became more focused on just releasing vinyl records and started gaining steam. Things have been brewing for a long time though. 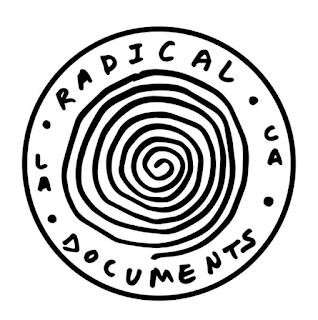 Which labels inspired you to start your own label?

I grew up in Olympia Washington so my first exposure to labels was with K Records and Kill Rock Stars. I definitely hold them in my heart as inspiration, but my tastes have shifted since then. I would say top is ESP-Disk’. Only bummer there is how notoriously shady the dude who owned it was. Other labels that I love and inspire me would be Actuel. I love when a label just has their everything dialed aesthetically and musically and you know what you’re getting when you pull the trigger at the record store. Never been bummed on an Actuel disc. Another huge inspiration is when artists start labels out of necessity and release their own records. A few examples being John Bender’s Record Sluts, Jandek’s Corwood Industries, Institute Of Percussive Studies (Milford Graves and Andrew Cyrille), Takoma, etc. Also huge fan of some of the shorter lived punk labels like Fast Product… any of those labels that burned super hard and bright, released a small number fantastic things, and just imploded. Ralph Records is a huge inspiration. Flying Nun is great too. Honestly too many to list as I start to think about it.
Why a label that releases on vinyl? Because I hear all the time that vinyl is too expensive, that it takes ages to get a vinyl record pressed, that shipping rates are too high.
Why bother with anything else?!?! I’m a record collector. I love vinyl. I love the way it sounds. I love touching it. I love how big it is. Love making big cover art. Been collecting records for over 20 years, next logical step was to make my own!
You are correct, vinyl is expensive too make… but it’s a super labor and material intensive process so I get it. It does take a long time to get a record pressed. Record Store Day combined with large labels re-issuing their entire catalogs of dollar bin chud are the biggest culprits.
Shipping rates are insane too, no doubt. Thank god media mail still exists in the states… but for me to get records over to Europe and vice versa the prices become extremely prohibitive. It is killing record buying and trading without a doubt. Hard to convince someone to but a $20.00 record off my label when shipping is $25.00. It’s a bummer.
Despite all the above, records are amazing, and I love bringing new ones into the world! Also, the label has been lucky to work with a couple distros In Europe like Aguirre and Mastermind Records. Hopefully more to come (wink wink)! I want people all over the world to hear these records! That’s the ultimate goal!
Are the CD days definitely over?
Yes I think so… until a new generation finds them and fetishes them… like tapes are right now. Who knows. I will say though, I do collect CD’s. A sort of guilty hobby. I mainly grab old jazz and world music when I find them at thrift shops. I’m a junkie, I just want to hear new things, so whatever the format is, I’m down. I bought a goddamn Bobby Brown 8 track the other day (not the r&b singer, the one man psych band)!
Why is there no Radical Documents Bandcamp or Soundcloud page?
Well, initially I just had no interest in messing with digital formats. My thought was, you wanna hear this, get the record. As the label has progressed, I think it does a disservice to the artist to not have something available digitally so I have begun a bandcamp page that will feature artist releases digitally if they would like. Some artists already have active digital accounts so if that’s the case readers will just have to track them down individually.
http://atminglewood.bandcamp.com
http://adesiretopushforward.bandcamp.com

What’s your favourite record from your own label, and why?
Can’t pick a favorite. I get excited to start a new project… but get equally as excited when it joins the larger group of releases and they all have dialogue with each other. It’s the gestalt of the whole thing that gets me off.
Why is the label called Radical Documents? Do you think the word ‘radical’ means something different now than, let’s say, 10 or 15 years ago? Does ‘radical’ mean something different in an art context than in a political context? Or is being involved in art a political statement?
When I started the label I was attracted to the duality of the name radical. Funny, playful, and also serious. I still feel it functions the same way. I think there is room for both interpretations. I think words shift and change wildly as they navigate different contexts (especially today). I like that. That’s the great thing about language… it is fluid and malleable. I wouldn’t want to say definitively what it should mean then or now.
Is that what a record is: a document? Keeping something ‘for the archive’? Something that would have been lost if it hadn’t been recorded and released?
Absolutely. Without a doubt. That is how I frame these objects when I talk about them. Radical documents is like a cat lady visiting the local pound for audio.
Who do you thing are the people who buy a Radical Documents record? The collectors?
It really depends. Do people buy my records? Sometimes no one buys my records hahaha! Each artist brings in their own fanbase so it is a diverse crowd, often hard to pin down, but it is growing day by day. It is something I am still trying to figure out. It’s a slow process for sure. To quote Poison Idea, “Record Collectors Are Pretentious Assholes”. 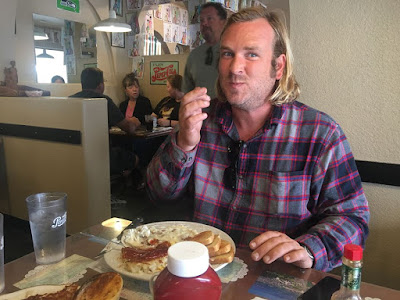 Label Executive Matthew Clifford Green getting ‘fat’ off the sale of experimental music
Niels Latomme wrote in The Avant-Guardian that the most interesting music these days doesn’t come from a music scene, but happens at the cross roads where art and music meet. What do you think about that?
I do not think that is a very original thought! Sorry Niels :). There is a great history of this intersection of art and music that has been going down well before anyone even started paying attention or keeping a history. The distinction/classification is pointless at best. I don’t see it as being a new thing through my lens.
For me personally… Anything I have dug, or continue to dig now functions on that intersection 100 percent though. Has been since day one. I don’t see it as being a new thing per se. Music scenes are boring. I’m interested in freaks, outsiders, anomalies, loners, people hanging out in the cracks doing what they want to do and not worrying about who’s watching or being cool. I’m interested in people who lack traditional skill or virtuosity, but make up for it with their artistic approach or concepts. I like artists who are fearless and possess a passion for just going for it. My heroes have always been artists first and musicians second.
http://radicaldocuments.com/
– Joeri Bruyninckx
© Copyright http://www.psychedelicbabymag.com/2018
InterviewJoeri BruyninckxRadical DocumentsRecord labels