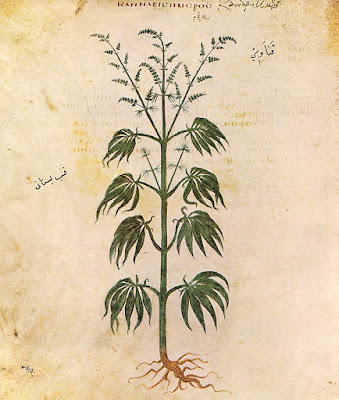 Long before federal prohibition in the U.S. took hold, before the subsequent criminalization of cannabis and the U.S drug war of the 1960s, cannabis and psychedelics enjoyed medical legality for some time.
Prior to the Pure Food and Drug act of 1906, medical cannabis existed as an ingredient included in many patent medicines. These medicines, though unlabeled, treated things from sore throats to asthma and coughs. For example, Bees Laxative B Cough Syrup by E.C. Dewitt & Co. was described as, “Pleasant to take for coughs, colds, spasmodic croup, whooping cough, etc. Contains tincture Cannabis.”
Cannabis’ popularity and the possibility of hemp as competition with textile industries of the time led leaders of the prevailing hegemonies to seek cannabis’ immediate illegality. This decline into prohibition could only happen through twofold efforts by these leaders to first separate the plant from its known medical properties, and second, distinguish cannabis in a negative, criminal light. 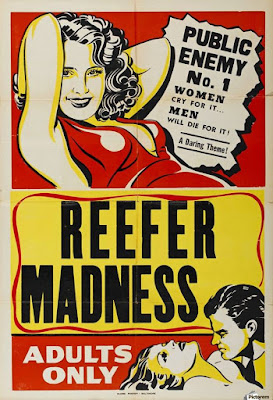 Cannabis’ road to illegality involved being stripped of its medical properties publicly, and then demonized socially
The Marijuana Tax Act of 1937 accomplished the first part, creating stiff penalties for those who sold, grew, or distributed the plant without paying tax. This may seem reasonable enough, but legislators made the payment process for the tax intentionally confusing and difficult, effectively ending cannabis’ medical usage and its mainstream prominence, casting whatever marijuana was left into an illegitimate light.
Then, cannabis gave way to “marihuana,” a term commonly used by Mexican workers, made to appear foreign and likely negative to mainstream Americans. This played on pervading racist attitudes of the time.
Popular media of the time, like the 1936 film Reefer Madness, presented images of black and latinx men raping and assaulting white women after smoking cannabis. This helped cast “marijuana” into a dangerous, criminal setting, and played on fears and racist beliefs. Thus, cannabis prohibition began, and only now, through the work of cannabis legislators, activists, and patients, are we seeing this prohibition slowly break away. 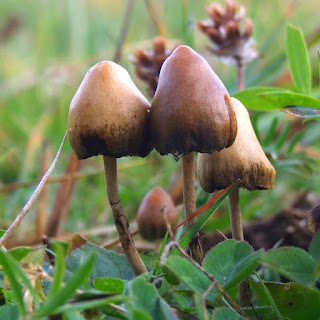 Much the same way as cannabis, psychedelic substances were legal as medicine and for research for much of their existence
Early members of Norml, or the National Organization for the reform of Marijuana Laws, sought to legalize cannabis in the early 1970s, but soon realized they had to shift their argument from full legalization, to legalization for medical use. By 1995, medical advocates won their first victory, and cannabis was legalized in California for medicine, the first American state to do so.
In terms of psychedelics, their path to legitimacy follows that of cannabis. In the 1950s, following synthesization, L.S.D. or acid was a known treatment for alcoholism, autism, schizophrenia, depression and many other conditions. Other hallucinogenic substances, now illegal, were first medical, like PCP, an anesthetic.
The Controlled Substances Act of 1970 made L.S.D. illegal in America, and previous research and medical efficacies were scrapped and shed from any mainstream recollection, much like the earlier cannabis medicines.
Psychedelics’ secrets and their potential to treat things like depression, coping with terminal illness, and other problems were hidden from researchers and medical professionals for quite some time.

Research on psychedelics’ medical properties has expanded greatly over the last decade, as medical cannabis reaches a state of ubiquity
Thankfully, as cannabis activists and patients fought for medical marijuana, they also set the groundwork for unlocking the medical potential of psychedelics like psilocybin. Evidence for this efficacy was present in the early 1960s and 70s, when psychedelics were still legal to study.
These studies showed that psilocybin, or magic mushrooms, had efficacy for treating alcoholism, and may show potential to help terminal patients living in hospice care cope with depression and death. Of course, these studies were discontinued following the previously mentioned 1970 substances act.
Modern research has confirmed previous findings about psilocybin ability to help the dying cope with death
In 2016, almost 50 years later, spurred by the developments found by individual medical cannabis states, a study in the Journal Of Psychopharmacology reexamined the role psilocybin may play for patients living in hospice with terminal cancer.
Incredibly, they found that psilocybin use, “produced immediate, substantial, and sustained improvements in anxiety and depression and led to decreases in cancer-related demoralization and hopelessness, improved spiritual wellbeing, and increased quality of life.”
Today, the wheels continue to turn to advance psychedelic treatments into the mainstream, and medical cannabis’ ascent into normalcy played a big role. On October 1st, 2018, researchers at John Hopkins University called for psychedelics like psilocybin to be rescheduled from schedule 1, illegal narcotic to schedule IV, substance with accepted medical use.
While medical psychedelics are still far from available, they are closer than one may think, and medical cannabis certainly has helped push the conversation forward.
About the Author
Chris Matich is a professional writer, journalist, and editor living in Pittsburgh, PA. Chris blogs for Schenley.net. His writing interests include LGBT+ people/issues, sports writing, and blogging. Chris currently writes about web optimization, blogging practices, medical cannabis, and cannabis lifestyle. He writes fiction and creative nonfiction in his spare time. Linkedin, Twitter