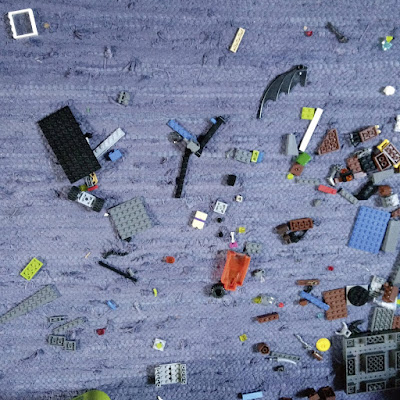 “Weird cartoon music”
Tim Wijnant released a brilliant Braindance 7” as Weiland on Knotwilg.
The last record I bought from you was The Wide Album, which was 15 years ago. Why is there a 15 years gap between the last release and this one? What have you been doing in the meantime?
Why 15 years? Ehm.. life… work… priorities. I haven’t stopped making music but I didn’t release any music except for a couple of tracks I put on Bandcamp. It’s surprising how quickly 15 years can go by… I’ve never been sending around demo’s so I guess when I was asked to do the 7” that was the little kick in the back I needed.
Are the two tracks on the 7” recent recordings?
At first there were two older tracks I proposed to Johan when he asked for a 7” but when he asked for something a bit more danceable, I made the “Perruche” track specifically for the 7”.

Do you see “Perruche” as a dance track? Or “Braindance”?
To be honest, it sounds more like weird cartoon music or something to me, but feel free to dance to it.
When I was listening to “Vakbond” first, I thought it was a loop. Than I thought is was live percussion. Now I don’t know anymore. So can you tell me what it is?
“Vakbond” is a recent edit of one of an older recording. Stripped down to the basics. It’s made in software but I like how it has an organic feel.
“Vakbond” reminds me of Radian when they were still on Mego. An influence?
Radian was not a conscious influence, but I see what you mean. Maybe Thomas Brinkmann was more on my mind… but still, the main influence is being lucky, I’m not that much of a musician. I try all kinds of stuff and I select afterwards.
Why did you adopt the Weiland moniker (and not Ovil Bianca)?
Weiland is a name I used before for a track that was released on floppy disk! Ovil Bianca is a certain melancholy and/or ecstatic mood that these tracks don’t have and maybe I should leave that name behind, I don’t know. Weiland seemed a very good name for a label called Knotwilg and it’s close to my name (Wijnant) so…
“Perruche” is out on Knotwilg, which is run by Johan Loones. Was Johan also the man in charge when you released on Kraak? And why ‘just’ a 7”? Is there more unreleased material, material that could make a full album?
Johan is indeed the same Johan who has started Kraak Records. In fact Knotwilg was the name first proposed for what then became Kraak. I did two albums for Kraak when he was running it. Kraak has gone through several phases during the years with different people in charge and I was more involved with them when it was the early years. This is also part of of the answer of why I didn’t just do a next album in 2006 or something… By that time the kind of music I was doing had gotten a bit out of fashion let’s say. Those were the days of banjo’s… not laptops. So yeah, I have plenty of unfinished tracks and long recorded jam type of stuff on my hard drive. It’s still a lot of work to distil so.
I think the record got a good cover: an Ikea mat with Lego parts on it. It looks recognisable to me. The picture could have been taken in my living room. So: is this where this picture has been taken? Are you a man with young kids in the house? And is this maybe the answer to my first question: why the gap between the last record and this one?
The picture on the cover was a snapshot from my phone, taken in a friend’s house a few days before I went to sit with Jeroen Wille who did the layout. Not my kids, not my lego’s.