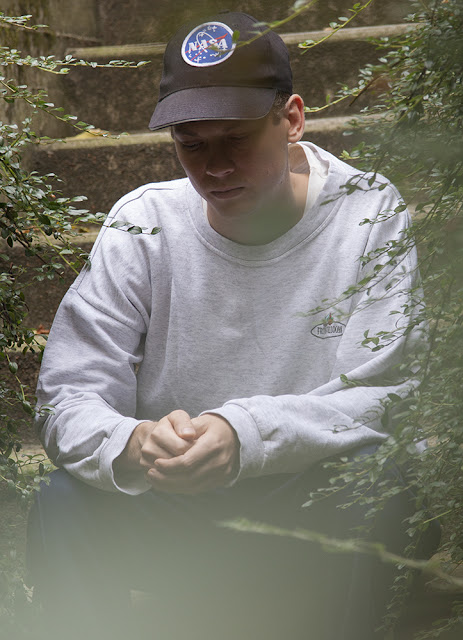 I don’t see the need not to cover
After two hermetic tapes, Jung An Tagen breaks out with Das Fest Der Reichen, his vinyl debut on Editions Mego, which makes him continue a long tradition of experimental electronic music coming from Vienna. 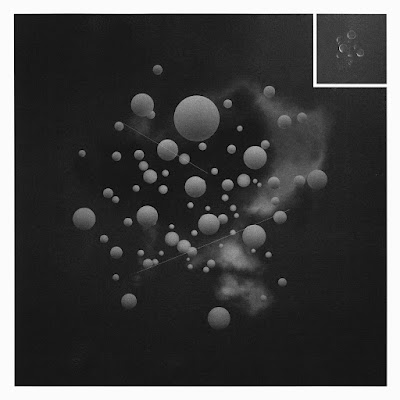 Do you feel like Das Fest Der Reichen is the logical next step after Vielheiten and Äußere? Does a release on vinyl, on a label like Editions Mego, feel more ‘official’ than a tape?
Musically it’s definitely a logical step after the previous releases, it kind of always is, but the overall gesture that I had in my mind while doing it was quite a bit different. 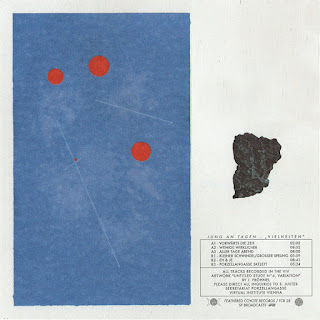 You see, Jung An Tagen started out as a very hermetic solo project, but this time I really wanted to crack things open and make it a collaborative work. It features artists, mostly from Vienna, that are extremely important to me and my work and I wanted to make these lines visible. Also having in mind that it would maybe be released by Editions Mego made me think a lot about its history and what it means to be a part of this continuous movement. 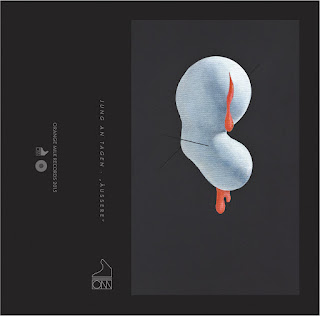 Your oldest release is from 2007, which means you’re making music for about ten years now. How did your music evolve in that time?
My music and life is directly entangled in a feedback loop. Therefore it went through a lot of different phases. Over time I managed to crystallize my core intentions and work more on the nuances I guess.
Even in the 1990s, a band like Autechre said that the biggest bullshit is: “Live electronic acts playing with a video screen behind them.” You’re a multimedia artist but you play live without visuals. Why?
Haha, that’s funny. I did not know that they said that. At the end of the 1990s, when laptops became faster, I actually did visuals on raves. I was very young and I thought it was very exciting. But the whole movement became very arbitrary super fast. I still enjoy an audiovisual live act very much, when the concept is tight, but it’s true, it’s total bullshit when it’s not. Videos take so much attention and when they don’t bounce that ball back, it’s a lost game.  The most of the time I prefer to play in pitch black darkness. Focusing on sound only, even away from me as a performer. I like it intimate. And the music can evoke very personal sensations. To me this is the most powerful and pure expression of art there is. I think the ideal gathering of sound and image is in form of an very controlled, concentrated experimental video, that’s displayed in a cinema.
Do you think that your visual work and your music are linked to each other? Do you think that other people can see the same ‘signature’ in both your visual work and your music?
I really hope so. I work hard on that. Plus I don’t want to stop there, every word or gesture should add to a precise picture. It’s something that since Scriabin or even Bowie should be a more natural thing. Sometimes I think it’s a bit weird that every pop act understood that more than people who work in the underground.
The press text says: “Jung An Tagen is the primary music act operating inside the Virtual Institute Vienna”. But the Virtual Institute Vienna, that’s just you, right? There is no real ‘institute’, right? Or can you just as well be an institute on your own?
It’s virtual. It’s a vessel that allows me to pour my work from different disciplines into a form.

The artwork is credited to J. Fröhnel. Why do you do that, using monikers and changing names all the time, also with your music? Is it, like you said in an older interview: “To cover myself from the world”? Why do you feel the need to be covered?
I don’t see the need not to cover I guess. I think it’s very little productive to work with my actual persona. It’s way more precise to create one and let it function with the work. These are very old, postmodern ideas. Breaking the 4th wall and all that. I wonder sometimes why this is so alienating to so many.
I need to point out here that the artwork is actually done by J. Fröhnel, who is me, but in collaboration with Milica Balubdžić, who is not me.
You played together with Brian Pyle on this album, but what did ‘playing together’ mean? Sitting together in the same room and improvising? Or exchanging sound files?
With every feature track I tried to create a skeleton first that would fit into the album plus in the universe of the featured artist. This was a lot of fun already. Then I sent them to Ensemble Economique and Miaux and they would send me recordings back that I would wove later into the final production. Because Superskin and Raju Arara live in Vienna, I came to their studios with the preexisting structure and then we jammed on top of it. This or that way, I thought it was very cathartic and they expanded my ideas quite drastically.
In our previous interview, you said: “Ich sehe mich auch eher weniger als Musiker”. Can you explain that to me a bit more? And if you don’t see yourself as a musician, than how do you look at what you do?
Haha lot of things that I said once haunt me here ..
OK: I am definitely not a musician who has a specific instrument and practices every day with it to get better. My father would be something like that, and he does not see me as one. But of course this is actually completely unimportant. When you look at new departments of art universities the structuralization in disciplines seems to dissolve. It’s more about functions, ideas, aesthetics that can be achieved with all sorts of medias or practices. I do have to say though that music is definitely the center of what I do.
And some more from that previous interview. You described your music as: “50 % abstrakt und zu 50 % rhythmisch”. Do you think that also counts for this album?
This are definitely two big categories. Rhythm as a trance inducing stimulus, and abstracted sounds freed from a dominating rhythm. Live I make a more clear division, on records rhythm is more dominant.
You called early Rave Culture as a main influence. What attracted you in that music?
Ah, so much really. I’ll try to keep it short: It was the last youth/subculture that really put things upside down.. They made extremely experimental music work simply perfect. On early raves they eliminated the cult of a “person to stare at” by hiding the DJ, also on records, all producers changed names constantly. The heavy use of smoke and strobe light was also a very effective technique to create a unified body. Also and this is the most important to me: it’s loop based music with machines. Meaning: you can take your hands away and time will still move on. Add another machine and you have a 2nd time dimension. This is the principle under which I understand music. The idea that there is a song that goes 2 bars intro, 4 bars verse, 2 bars refrain or whatnot does simply not compute with my system. I can barely remember song structures or sing along somewhere.
About ten years ago, you started with Lars Leerkörper as a noise thing. Does noise still have an influence on what you do today? (If not in music, than maybe in attitude)?
Absolutely. Noise music is the primordial soup of everything.
For Vielheiten, as ‘style’ on discogs you wrote: psychedelic. Because this is an interview for a magazine about psychedelic music, I want to ask you: what would your definition of ‘psychedelic’ be?
It’s an ontological change of perspective. Truly everything can be psychedelic, but some try to amplify that phenomenon in art because it’s a lot of fun.
I’m going to try to explain why I think Das Fest Der Reichen is a good record and you can tell me if this makes sense to you, or not. So here I go: I have the impression that you worked hard on this record, but it doesn’t feel like hard work. It’s very well made, but at the same time, it feels very intuitive. It’s clever music, but not brain music. It’s simple music in a way, but by no means simplistic. Does this make any sense to you at all?
It made me very happy to read these lines. Yes, it does make a lot of sense, thanks a lot! 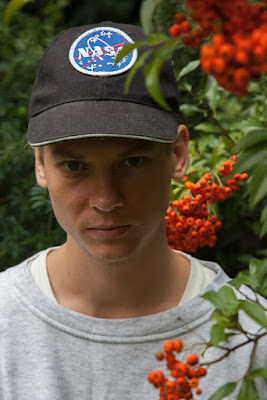