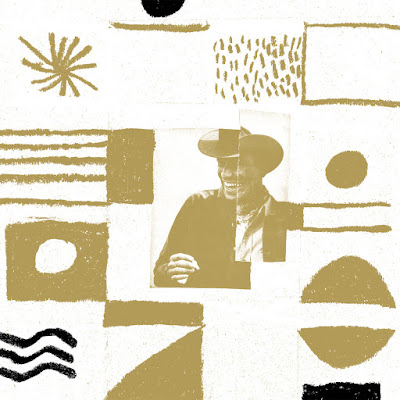 Allah-Las – Calico Review (Mexican Summer, 2016)
https://allah-las.bandcamp.com/album/calico-review
As with their first two gauzy laced-filtered albums, Calico comes off as a collection of sweet memories that have been sitting in the back of your mind nearly forgotten, with The Allah La’s effortlessly ebbing them into a fuzzy dream state of half remembrance, where they hang just out of reach, causing you to smile with delight and warmth as the music of Calico inspires those memories with nearly physical form.
And again, all of the same comparisons can be made as on their last outings, the lineage to the British invasion of the mid 60’s, and of course surf pop psychedelia.  Though having said that, I would be disingenuous if I didn’t point out that The Allah Las’ music is totally their own, merely fashioned on sounds that went down so well, so long ago, mixed with the brilliant dream pop and relaxing minor chord structures of meandering jangling stoner melodies … all held together by subtle hooks and a fluid sonic presentation of fuzz and tremolo that build an intoxicating atmosphere of ease and grace. 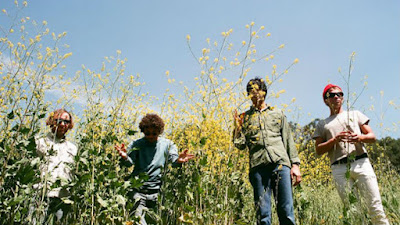 Of course this brings me to the obvious observation, that being the notion that The Allah Las have yet to progress their music from one presentation to another.  And truth be told, it’s a valid point to consider, though I’d like to suggest that The Allah Las have progressed, though not in a manner that rattles your bones, or spins you around.  It’s more that their music is a series of footprints in the sand we’re following down the beach, where waves have washed some away, while morphing others, yet the trail is still there to be followed if one has the wayward spirit to allow themselves to get lost in the sound of the surf and warmed by the sun … with all of this set to the soundtrack laid down by The Allah Las here on Calico.
– Jenell Kesler
© Copyright http://www.psychedelicbabymag.com/2016
Allah-LasJenell KeslerReviews