Merrell Fankhauser – ‘Signals From Malibu’/’Message From The Dome’ (2014)

Merrell Fankhauser – ‘Signals From Malibu’/’Message From The Dome’ (2014)

A series of UFO sightings have been reported off the coast of Malibu, California, prompting belief an underwater base inhabited by an otherworldly species exists.

Enigmatic signals have even been picked up and conveyed to tape. The New York Center For Extraterrestial Research sent some of these recordings to Merrell Fankhauser, who is a serious scholar of UFOs. The legendary singer, songwriter, guitarist, and 2011 Grammy Nominee was so stoked by what he heard that he added the signals to this great single, serving as perhaps the first collaboration between a human and what we deem aliens.

Both tracks are instrumentals, with “Signals From Malibu” rolling and strolling with slinky and swanky tempos. An inspiring interaction of slightly-buttered blues tones and stimulating surf rock riffs converge in perfect unison with the mysterious beeping sounds that give the piece a real “Twilight Zone” aura. Equally outstanding is “Message From The Dome,” which favors an orchestral stance. Elegant piano work, tethered to a symphonic production and Merrell’s melodic guitar mastery, not to mention those strange and buzzing signals, provide the cut with shade upon shade of beauty and agility. A sense of serenity washes over these sonically gorgeous instrumentals, employing the impression that whoever or whatever is behind the signals comes in peace. Word has it that a full-length CD of “Signals From Malibu” will be available shortly, which is certainly good news. 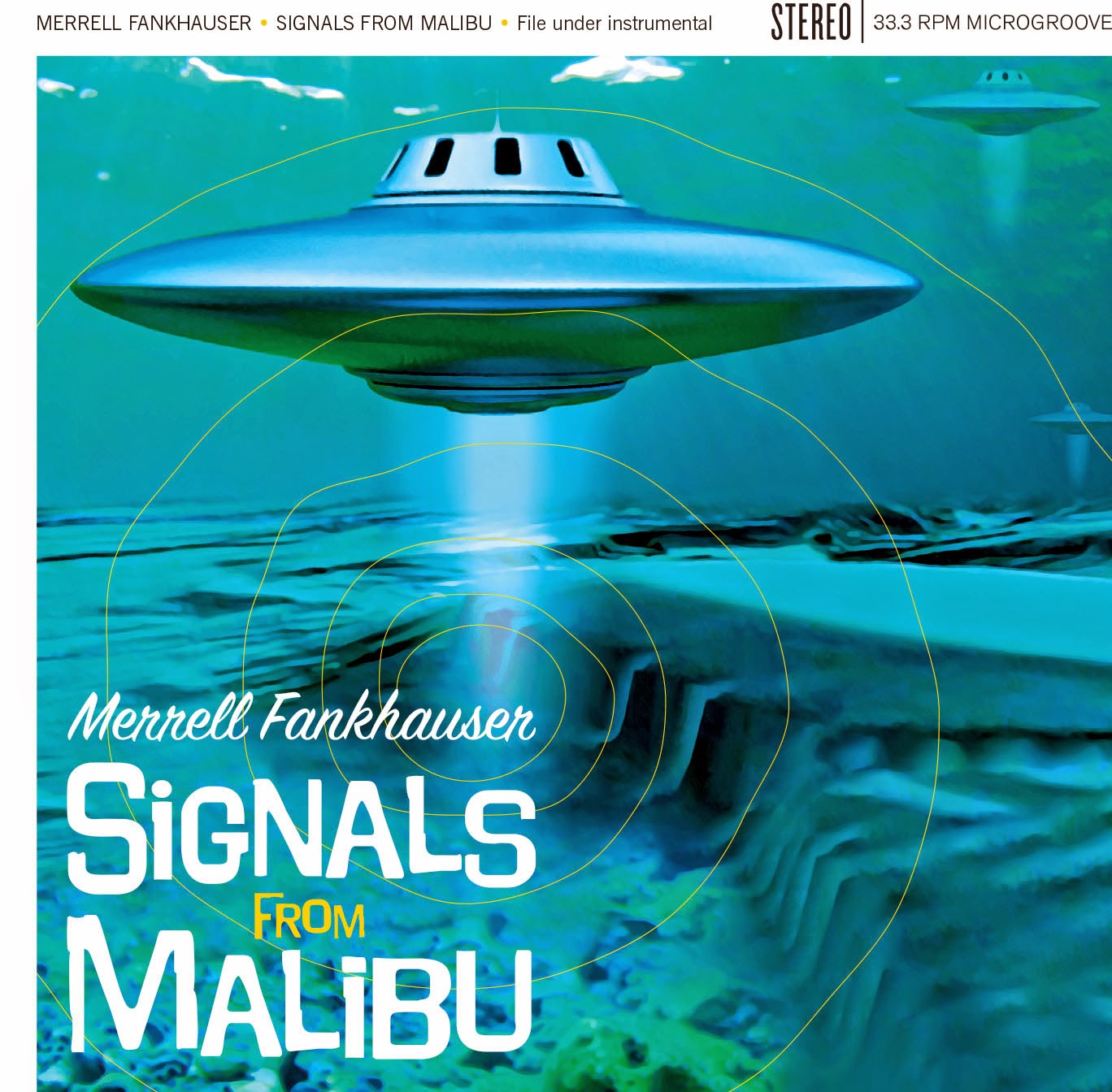 Should the beings responsible for the signals get wind of Merrell’s project, I am sure they would approve. Merrell’s creations are always immensely heartfelt and creative, and “Signals From Malibu”/”Message From The Dome” catches him once again pushing barriers and enjoying himself while doing so.