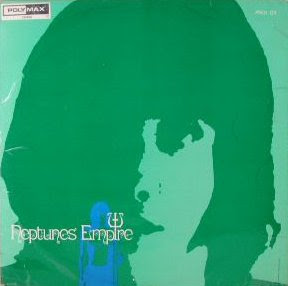 Neptunes Empire are a little known band from Norway. They released only one LP back in 1971. I found a member of the band and he kindly gave an interview.
Interview:
A few notes: Neptune’s Empire continued as a live band after I left. The band then consisted of Charles Forbes, Lei Aloha Moe, and a few other musicians.  I know little about their subsequent activities
How did Neptunes Empire start?
Charles Forbes (England/Gibraltar) Bjørn Gjerstrøm (Oslo) and I (Trondheim, Norway) met in the LDS church in Oslo, and formed a songwriting trio; Chas(Charles) Dan (me) and Grable (Bjørn). We started to write songs, and Charles and I was joined by  Erna Johansen and later Lei Aloha Moe from Denmark to make a performance group. The name Neptune’s Empire stems from my studies in Marine Biology at the time. My suggestion was to call the group Neptun’s Empire, but Charles, no doubt due to his finer command of the English language and knowledge of how The Beatles (note the “ea” instead of the double e) got their name, insisted on Neptune’s Empire.
It is also worth noting that Bjørn Gjerstrøm, son  of the Norwegian composer Gunnar Gjerstrøm and his wife Elsa (music teacher) had a brother Jan Gunnarson (they split their parents two last names between them). Jan Gunnarson was an accomplished painter, and had a large etourage of artists milling around him, and somehow Chas Dan Grable was always involved in what went on around these artists.
I think it would be the best if we start first talking about Junipher Greene. Some of the members came from that band, right?
Junipher Greene were session musicians with us when we recorded the LP. They did practise in our premises in Pilestredet with us a few times before we recorded at Arne Bendiksen Studio, but they were never considered to be part of the group.
Were you or others in any other bands before forming Neptunes Empire?
There is a certain Genesis here, but it is far fetched. With Erling Mylius and two others I formed “The Tempests” in 1962, but the band more or less broke up a year later. Erling, Torbjørn (Tobben) Johansen went on to form another group, and they asked me to name the group. On the spur of the moment I quipped “The Missing Links” and that indeed became the name of the group. Once I sang impromptu with the group at a “Trocadero” reataurant in Trondheim, but I was off on a full time mission to England for two years, and The Missing Links dispersed and Erling and others went on to form the now famed “Difference”.
You released a single and whole LP back in 1971. Let’s go into detailes regarding this release. Where did you release it?
What can you tell me about the name of the band and what about the cover artwork?
Charles had in some way or other gotten in contact with a flamboyant young businessman Irving Cast who was bent on sponsoring us for a CD. He was going to pay for the entire recording, and then pay for promotion on the BBC and other channels in England. He paid up for the recording and other direct expences incurred in the production. Unfortunately Irving died in a plane-crash in 1971(machine from Oslo to Copenhagen August 28) and that dried up our funds and put an end to the promoting efforts.
The songwriting trio was rather involved with the artists milling around Jan Gunnarson. One of these were the film director Lasse Henriksen, who was starting production of the film “Love is war” He asked us to write a title track for the film, which became a, if not the, major cooperative effort of the trio in 1970. Bjørn Gjerstrøm (Grable) arranged the music and brought some of the melody line, while Chas wrote the words and both he and I contributed to the melody. The rest of the tracks were mainly the combined efforts of Charles and I.
The arwork was the effort of Jan Gunnarson. The picture on the front is actually Charles Forbes photographed and rendered graphic by Jan, an he was adanmant we use green “beccause that is the best selling color.” He designed the entire cover.
Share some of the memories from recording and producing this LP?
While a very creative period, the memorable moments are rather unimporessive, they are more for private reminiscence than pompous statements. But we were invited to Bastøy while Lasse Henriksen was filming “Love is War,” we did some initial recording at the Henie Onstad Center, we were quite green as to the mixing and the job that the technicians did for us.
What can you say about the songwriting. What are some influences?
We lived in the Mersey-beat era, and Beatles, Rolling Stones and (at least for me) the Beach Boys were the people to emulate. I had an interrest in light jazz, which had led me to Dave Brubeck, Stan Getz and (By that way) to Astrud and Joao Gilberto. Their influenve mey come through in Lingering on and, to a lesser degree, Bbm.
Did you do any touring? If  so, where and with who?
Charles and Lei were joined by others for a live band in 1973 and onward, they toured, I remember them telling me of concerts in Kristiansand, but I do not have the details.
What happened to the band next?
It seems to have disbanded as a performing group in 1975 and Lei returned to Denmark.
What happened after that? What are you doing these days?
Bjørn Gjerstrøm is a composer, I am a teacher (Maths and sciences) and Charles, well that may be a long story…
I still work a little with music, have edited a songbook, sung in choirs, translated texts and so on, but strictly at an amateaur basis. 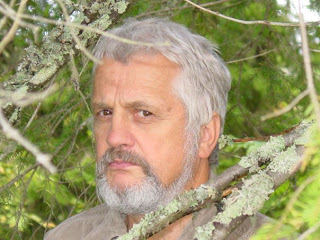