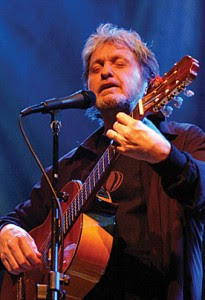 1. Jon, thank you very much for taking your time to make an interview with It’s Psychedelic Baby Magazine. You are just back from the road, performing with Rick Wakeman. How was the tour, did it meet your expectations?

The tour was wonderful on many levels, great audience, the music sounded good, and Rick is a joy to be with…and we did Awaken.. 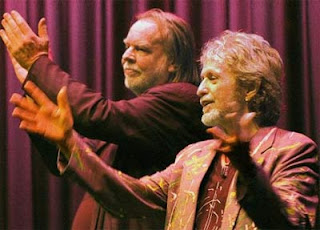 2. I would like to talk about your two latest albums. In 2010 you released Survival & Other Stories. Can you tell me a few words about the concept behind the album?
All the songs came from working with people around the world via the internet, I asked these musicians to send me new music that I could write melodies and lyrics over, I have lots of new friends via the interenet, it is a wonderful new modern way to make music.. 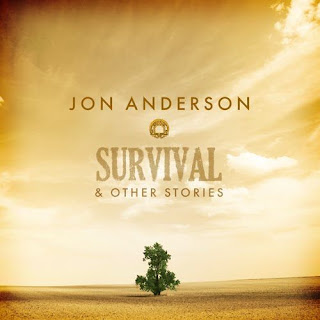 3. On October 25 you released an epic musical work entitled “OPEN.” A return to the long-form composition that you have been working on.  This is in a way- a return to a “Yes” sound, isn’t it?
It is in my D&A to write this kind of music , I always enjoy this kind of musical creation, I used to do this in Yes…
4. Can we expect your involvement in any other project similar to “OPEN”, in the future?
I’m working on the next ‘opus’ now, I love the idea of music without time… 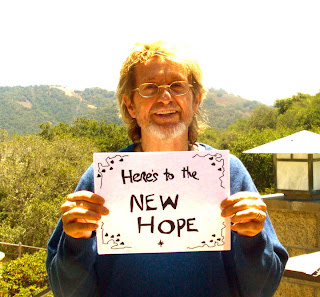 5. As we all know you got back together with Rick in 2010 to record The Living Tree album, which is really amazing. How did you and Rick get back together to record this album? Did you have any similar ideas, that resulted as the Living Tree album?
We wrote these songs again via the Internet, it is as though we are on the same wave length, and we are on the same planet, so why not use the internet…as a studio… 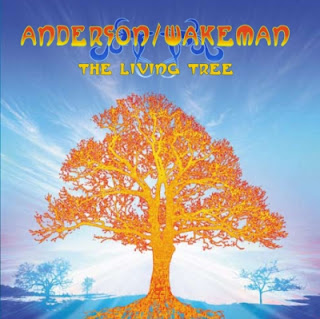 6. Do you have any future plans regarding touring and album making? Can we expect another album with both of you?
We are started writing in the new year, we have a lot of new ideas to work on, and we enjoy each others music…so a new album should be coming… 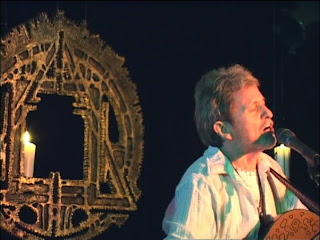 7. If we go back in the 70’s. I’m sure you experienced many interesting things. Would you like to share some stories from the “Yes years” with It’s Psychedelic Baby Magazine readers?
Most of all was the willingness of our fans to follow us on musical journeys that had nothing to do with Radio, or Charts, or being popular in the ‘big sense’… 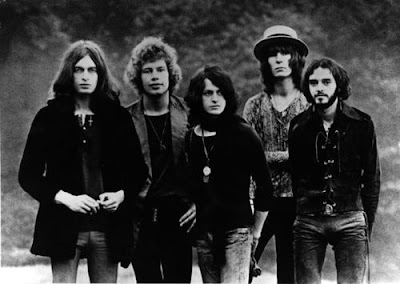 8. Let’s go a bit to the start of your career. Your first band was called The Electric Warriors and you released two singles for Decca. How do you remember those days with The Warriors, Jon?
It was a crazy dream to be in music, to be in a band, and travel all around Europe, playing long long shows in tiny smoky clubs, funny times, beautiful moments through the 60’s, peace signs, drinking too much, waiting for the next Beatle song to be released….such amazing music in the 60’s… 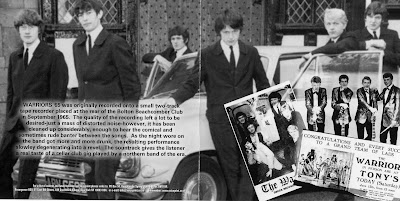 9. Later you also appeared with a band called Gun (I made an interview with Paul Gurvitz about it) and  The Open Mind. Were you part of the 1969 album, that Open Mind released? In my humble opinion that’s a psychedelic masterpiece…
No… they had fired me from the band, before that album, I got the band a gig with the Who at the Marquee club , I said we would play for free, but the brothers didn’t like me for doing that…I just wanted the exposure for the Gun…but they wanted money, so the fired me…la la la
10. Mabel Greer’s Toyshop was another band known for having three future Yes members. How did the band transformed into later know Yes?
I joined a rehearsal of Chris’s band at that time , but 2 people left the first week to join other bands, so I suggested we find new people and find a shorter name…so we became YES
11. Jon, I’d like to thank you once again for taking the time and effort to answer my questions. Would you care to send a message to all of your fans and readers of It’s Psychedelic Baby Magazine?
Music is for good, Music is for having fun, Music is for life, Music is not just to make money…Jon 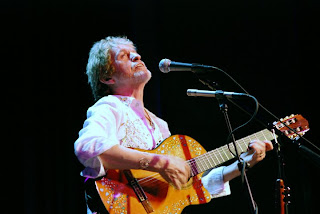