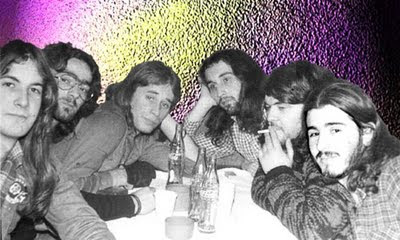 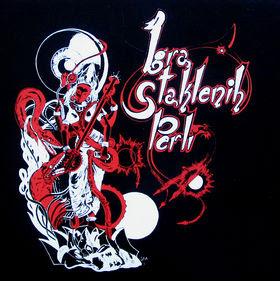 How popular were you at the time and how many pressings were made of your LP?
I think we sold about 17,000 copies of the first album, plus god knows how many bootleg copies around the world. Once I found a CD of our first album in a store in New York City in the 90’s. There is no way to estimate how many copies of vinyl or CD’s were sold around the world. I still get emails from people in South America, Germany, Japan…
The peak of our popularity was around the time the first album came out. We played for free most of the time, and the crowds kept getting bigger and bigger. People in the audience were doing all kinds of drugs. The word got around that Igra Staklenih Perli was a “band of drug addicts”. We kind of expected drug busts and arrests, we saw narcs in the crowds, but – as far as I know – nobody ever got arrested on our shows.
Why the name Igra Staklenih Perli?
It means the “Glass Bead Game” in English. I don’t know. It seemed like a good idea at the time. And it caught on. People remember the name easily.
Did you do any touring, if so please share some interesting experiences while touring…
I do not remember touring with Igra Staklenih Perli. We did not have a manager, so we managed our own affairs. We basically played if someone called and asked us to come and play. So, for instance, we would go to Zagreb, play the gig, stay over in a hotel and return to Belgrade the following day. We did not have the resources to link the Zagreb gig with other cities in Croatia, for instance, so we just went straight home.
The touring came later, in the 80’s, when Joe and I played in White Rabbit Band. I managed the band, but by then I knew more people in the fmr. Yugoslavia, so we played in clubs in the cities all over fmr, Yugoslavia.
Our concerts were always exciting, the crowds, the drugs… On several performances, the front door glass broke under the pressure of the crowd wanting to come.
Vrt svetlosti is your last album from 1980. Would you like to share a few words about it and tell me what happened next to the band? 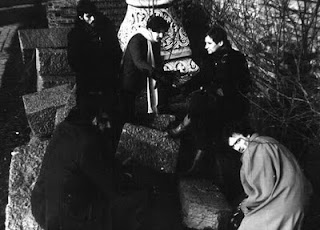 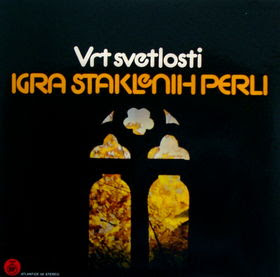 So, I left the band, hoping that the band would reconsider the whole thing, but they did not. They brought in a new bass player and recorded a (in my opinion) rather lame album, after which Joe left the band, the band fell apart… and then there were several attempts to revamp the band in the early 80’s, but those were short-lived attempts. One such revamped version of Igra Staklenih Perli was recored in a movie “Decko Koji Obecava” (Promising Boy). Eventually, I got tired of the whole thing, and formed White Rabbit Band.

In the 90’s you released few albums…would you like to comment them and tell me what happened after that? 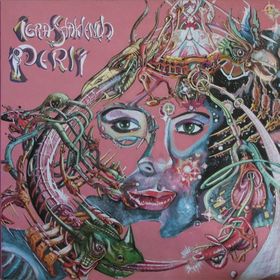 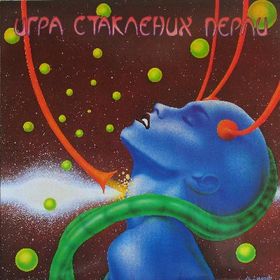 There was this German guy, Thomas Werner (Kalemegdan Disk), who heard our music somewhere, and he liked it, so he invested some money into cleaning up some old rehearsal and concert recordings into vinyls. We never made any money off of those albums, but Thomas helped us gain international recognition for Igra Staklenih Perli, so I feel grateful to him for that. 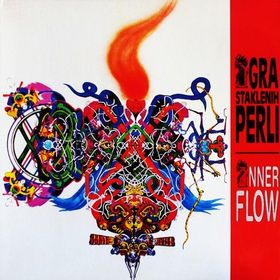 What are you doing these days? I heard rumors about band’s reunion? Is this true?
I am in Detroit right now. I just came back from the “Occupy Wall St.” and “Occupy Times Square” protests in New York, resting here for a few days, then I am going back to New York, and on to Belgrade. 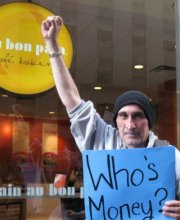 Yes, the band is getting back together. The original four, plus the new drummer. I am very pleased with the new drummer, Sinister Borg, a young, very energetic kid, great to work with. We should start rehearsing in early November, and start performing at some point in December. I do not have all the details yet. Only some general ideas.
I am very excited about our new professional management that will take care of the business end, so we do not have to worry about that and focus on the audio and visual end of the work.
I am very excited about the reunion of Igra Staklenih Perli. It is a great privilege to be able to redo old songs and possibly record them all over again. We have lots of new material, so we hope the fans will like them.
Thank you very much for taking your time and answering questions for It’s Psychedelic Baby Magazine. Would you like perhaps send a message to your fans?
I am totally psyched by the Occupy Wall St. demonstrations that are going on around the world right now. You know, I was beginning to lose hope. Like the entire world was being sold out to the international multi-national corporations that are owned by other corporations… people around the world are losing jobs, and those who still work have to work more for less money, while the corporate owners are getting away with murder. I am so happy to see the people waking up to the facts about the world, every day more and more people are hitting the streets standing up for their rights.
So, my message to the fans is, think with your own heads, do what you need to do, and stand up for your rights. Keep the protests peaceful, because violence only breeds more violence. Peace generates peace. Don’t wait for the Change to happen. YOU make the Change happen. Be happy: sing, dance, laugh, meditate. 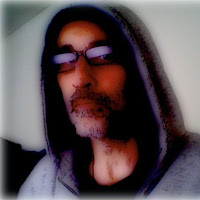