The Luck of Eden Hall Interview with Curvey and Lofgren

The Luck of Eden Hall Interview with Curvey and Lofgren 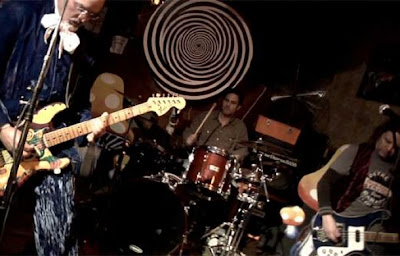 Interview:
1. How did you start playing together and what do you remember from some of the early sessions?
Curvey: We started playing together when Mark finished college. He was in Kalamazoo in a band called Murder of Crows, at the time, and I was in Chicago fronting a band called Mid-West. I just knew we could make beautiful music together, so I coaxed him down with a free place to stay. We had a rehearsal space upstairs in the Metro back then. One of the first songs we wrote together is still a favorite of mine, Secret Garden. 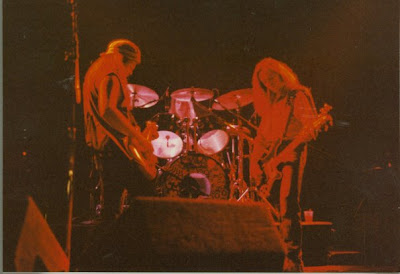 Lofgren: I remember coming to Chicago in the late 80s to visit Greg and his drummer at the time. They rehearsed in a ruined old warehouse south of Old Town, back when the area was pretty sketchy. Greg had an enormously loud 2 amp set up, since they were a 2 piece, and the wonderful racket filled the entire cavernous room. I pretty much decided to move to Chicago after that 1 rehearsal…and the rest is, as they say, history. 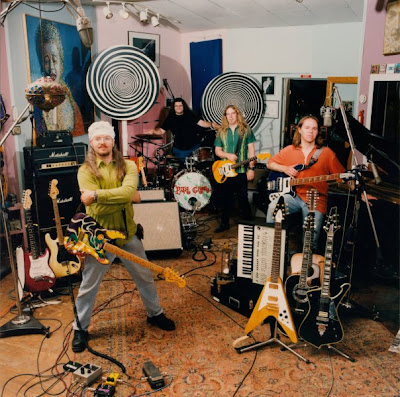 2. You released your first album back in 1993 called Belladonna Marmalade. Tell me about it…
Curvey: Funny thing that “first album”. It was really our 5th, because our first release, Corner of the Sky, was on 200 cassettes, of which I hand printed and cut each cover. The second, Great Mother, was never released. The third, Victoria Moon, we recorded on the Limited Potential label with Brad Wood at Idful Studios. Mr. Safreed hated it so much he terminated our partnership with the label. Probably saving us all some embarrassment in the long run. The fourth, Byzantium Chrysanthemum, was never released. Then came the “first” album Belladonna Marmalade on CD. All $10,000.00 of it. It really took some cash, or credit, to be able to record, print and manufacture an album back then, that is if you wanted to do anything besides record some live tracks and call it a day. I had a too big for my britches psychedelic vision for it. We were forced to stop at 10 grand, so a couple of the songs on that album weren’t really finished and probably should have been cut. The tracks were recorded at the now defunct Sea Grape Studios in Chicago with Dave Trumfio. Eric Remschneider played cello on a few of the songs and was, unfortunately for us, snatched away by the Smashing Pumpkins to play on tour. That marked the end of our three piece with a cello days. Mariead, Siren and Madelaine’s Voyage are my favorites.
Lofgren: Greg pretty much nailed the story. I do remember coming into Sea Grape with a tremendous hangover from drinking 7 too many margaritas and having to record all my vocal tracks in the AM. I nailed them on one take, mostly to quell the ungodly pounding in my scull. Then I passed out on the couch for a spell…
3. In year 2006 you released another album called Subterrene and two years later When the Clock Starts to Wake Up We Go to Sleep. Would you like to tell us more about this releases?
Curvey: Mark and I started recording the songs on Subterrene with my Fostex X-15 tape deck in 1999 and stopped because we just couldn’t get the sound quality we wanted. My wife surprised me with a home recording studio for my birthday, so we were able to dump the existing tracks into the computer and start up again. Around that time my Mother passed away, after a horrible fight with pancreas cancer, and my daughter was born. The songs are very low key as a result If you listen you can hear baby sounds on some of the songs. I had her strapped to my chest while laying down the recorder tracks. Device, Sabbath Day and Goodnight are favorite tracks.
There is a lot of experimentation with the production on Subterrene because I was learning as I went. By the time we started recording When The Clock Starts To Wake Up We Go To Sleep, I had the ability to get down on tape, so to speak, what I heard in my head. I still love every song on that album. When it was finished I thought, and feared, it may be my swan song, but I am very happy with both volumes of Butterfly Revolutions. All Else Shall Be Added Unto You, Sister Strange And The Stuffed Furry Things, The Time Has Come, Down In Mexico are favorites.
Lofgren: I feel like there’s a connection with all the albums, especially the last 3.  I like the somber, acoustic feel of Subterrene and the experimental, dense loud/soft dynamics of When The Clock…we’re trying to tell a story with each release, blending songs together and creating a natural flow.
4. What is the inspiration for your music?
Curvey: Many things. Sometimes I sit at the piano. Pick up the Sitar. Pull out a Guitar I haven’t played on in a long time. Change the tuning. Sometimes I’m inspired by the Bass (Old Man Realize, She’s Using All The Colors). Many times while I’m driving (Silly Girl, She Falls Down). Melodies are thrown down on my cell phone (This Weather’s Better For Velvet Clothes). My home phone. My Daughter is a grand inspiration. The things she says like, “When the clock starts to wake up, we go to sleep.” The chrysalises we watched turn into butterflies. Life.
Lofgren: I usually write my songs on acoustic guitar and go from there. I throw my demo tracks down on my Mac at home, adding some rough vox and instrumentation,and then bring them over to Greg’s to finish. The lyrics evolve gradually. I usually sing some nonsense lines as I’m playing the rough acoustic track and later try to interpret the feeling I was going for. I do try to tie everything together into a cohesive story or mood, although I prefer to keep thing a bit obscure and let the listener interpret it as they may.
5. You have a new album out called Butterfly Revolutions Vol. 1? I would like if you could present us your new album? 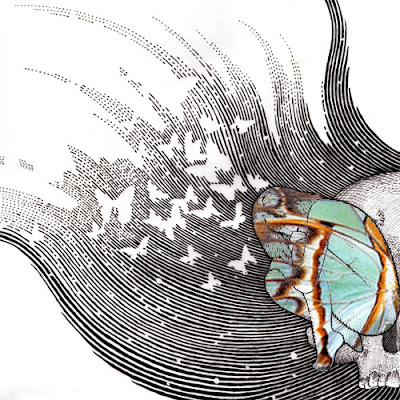 Curvey: Butterfly Revolutions Vol. 1 is a collection of psychedelic bonbons. Taffy pulled, Echoplex laden dream kernels, popped to perfection, filled with royal jellies, and coated with marshmallow fluff. Some will make you grow taller and some will make you shrink. All are meant to be eaten. Popped Psychedelic Rock & Rollisms to be sure.
Lofgren: I believe Greg may have eaten a few too many of those “psychedelic bonbons” when he wrote this. I issue a terse “no comment”
6. When can we expect Vol. 2?
Curvey: October 3rd, 2011. It’s already in the can, seeping out here and there.
7. What about touring..where did you tour and what are some of your future plans?
Curvey: Demand will call the shots. Probably Mid-west. Hopefully showcases on the East and West Coasts. Dreaming of Europe. (In the past we hit Minneapolis, Cleveland, Detroit, St. Louis and everything in between…..but don’t hold your breath.)
Lofgren: I’m up for anything. I’d love to tour and open for a larger band and continue to explore the world.
8. Thanks for your time. Anything else you would like to share?
Curvey: Long live Fruits de Mer Records and thank you for you interest! Sincerely. 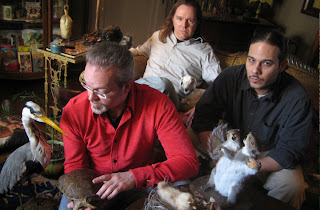