Thank you very much for this interview. I would like to know what was your very first influence in music. In fact if you can tell me a few words about your childhood and teen years.
First childhood memories of my father teaching me to play the piano when I was around 4 – 5 years old. Then seeing tv shows like “6-5 special featuring rock and roll artists like Bill Hayley and the Comets. And then later watching ‘Sunday Night at the London Palladium’ that featured many British pop artists such as Cliff Richard and the The Shadows. I was fascinated with Hank Marvin’s Guitar sound and virtuosity it was magical to me. That and guitarists like Duane Eddy, then listening to the Everly Brothers and Buddy Holly and the Crickets.. they were the ones that got me started.
Were you in any other bands before Babe Ruth?
In the early My first real band was the ‘Juniors’ (UK) we were signed to EMI records in the days of the Beatles etc. I was around 12 years old when I formed the band with brothers John (11 years ) and Brian Glascock. (14 years) . John went on to play with ‘Jethro Tull’ and Brian with ‘The Motels’. Mick Taylor (13 years) was our rhythm guitarist who later went on to John Mayalls blues breakers and the Rolling Stones. I later in my mid teens joined Chris Farlowe and the Thunderbirds with drummers Carl Palmer (ELP) and John Bonham (Led Zeppelin) replacing guitar legend Albert Lee. Then on to Babe Ruth in the 70’s. 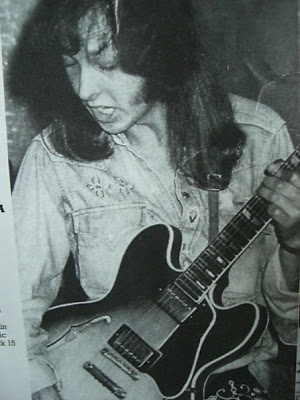 Do you remember the first session you had as Babe Ruth?
Our first real session with Babe Ruth was when we were called “Shacklock”. We recorded a demo at EMI to be considered as an EMI artist. We signed with the ‘Harvest’ EMI label in 1972. With the addition of Janita Haan we changed the name to Babe Ruth. 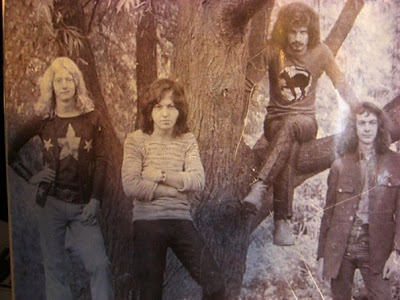 First Base is your debut album from 1972. It’s really outstanding proggish hard rock with absolutely amazing vocals. What are your strongest memories from the recording session and the production of the LP? Who did the cover artwork for this LP?
I had been composing and arranging the music to ‘First Base’ about 2 years before we recorded it, most of the compositions were written then. The recordings of the album were just magical and exciting.We were in #2 studio in Abbey Road the Beatles studio and recording with the chief engineer Tony Clark with assistant Alan Parsons who both had recorded the Beatles and the Shadows among others. I was able to arrange and conduct for strings and brass due to my orchestral training at the Royal Academy of Music. It was just a brilliant period if my life and time honestly. Seeing my compositions and arrangements come into fruition with all of the best musicians, studio and engineers anyone could wish for.
Roger Dean (of Yes fame) did the artwork for First Base. 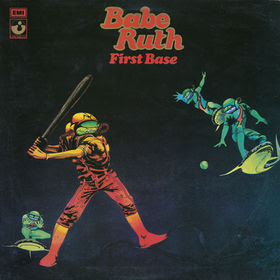 Amar Caballero album followed in 1973.
Amar Caballero was really in all humility a ‘solo’. Project for me no disrespect to the band members. But I had lost Dave Punshon (piano) on this album and Dave was my lynchpin . Also Ed Spevock had replaced Dick Powell on drums and was a very different style and compositionally I had to really rethink in a musically different manor. Ed a brilliant drummer was surrounded by londons top session musicians with whom we made extensive use of augmenting the album as much as we could with horns percussionist and strings just to keep things fresh. also we had toured extensively and were rushed into this project. Janita and I also collaborated on writing some of the songs an that proved very successful and gave the album a different slant. But I think something good came out of it that I’m still very proud of. Storm from Hypnosis if Pink Floyd fame did the Artwork. 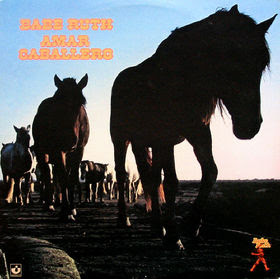 After that you released three more LP’s.
Babe Ruth the 3rd album us really the only album feel qualified to make comment on as I left the band after this album. we tried to get back little more toward the vibe if ‘first base’ on this project. At times we got close and there were some special moments. ‘Dancer’ and the ‘Duchess of Orleans’ were a couple of my favorites as well as fistful of Dollars of course I’ve always been a fan of Morricone. We are still today playing some if the songs live so they’ve stood the test of time. I think this project consolidated the band style again. Turquoise’ Janitas composition was a cool twist. Jack o lantern was about a peeping Tom we had in our area ha! 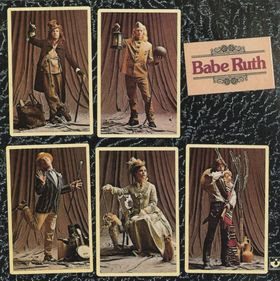 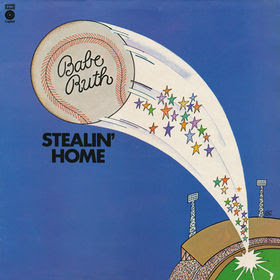 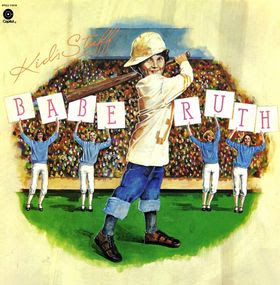 How far was the band’s touring territory? 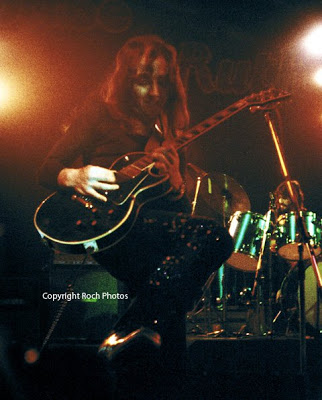 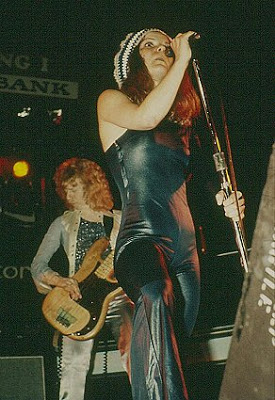 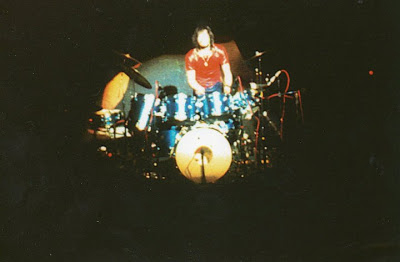 Touring was always difficult for me I’m mire if a studio type. I enjoy it much more nowadays. In the 70s We toured extensively in the UK Europe Scandinavia and the US. Opening for such luminaries as ‘The Who’ ‘Uriah heep’ ‘ELO’ . Then ‘Queen’ , Zz Top, Manfred Mann and Humble pie and Aerosmith opened for us! In the US a band could be massive in one state and the next State youre relatively unknown. We opened for ‘Iggy Pop’ in LA. At the whisky a. Gogo ha! Bizarre. We had a great deal of success in Quebec in Canada where ‘First Base’ went gold. 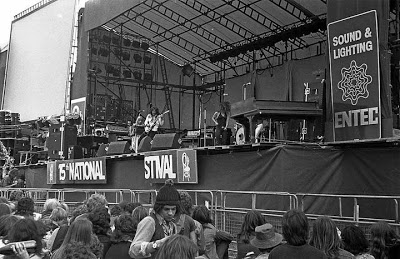 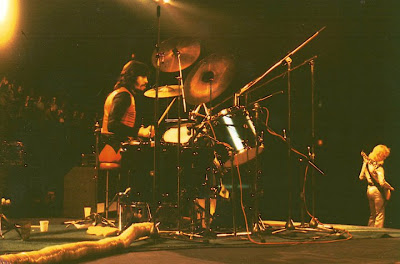 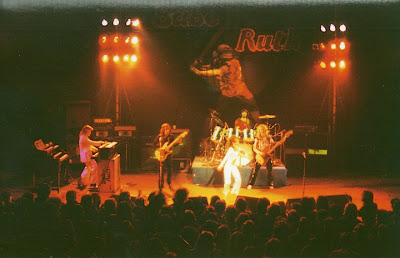 What did you do after that?
In the 80s I became an independent record producer for such legends as Mike Oldfield, Meatloaf, roger Daltrey and Jeff beck. The alarm . JoBoxers , it bites etc Chesney Hawkes was My first #1 in the UK with ‘The One and Only’. Of late my compositions have been covered by such artists as ; Sugar Ray, R.Kelly, the Prodigy, Mark Anthony and Thalia. And Grandmaster Flash
Between late 2005 and early 2006, Haan (now Janita Haan Morris), Shacklock, Punshon, and Hewitt recorded new material together in Nashville.
In 2002 Babe Ruth were invited to the UK to headline and the 10th anniversary ‘Bboy’ breakdancing championships. This reunion was a resounding success and spurred us on to make another album project which we title ‘Que Pasa’. It was really my concept and goal to bring our style into the new millennium drawing from our 70 s roots and bringing Babe Ruth into the now. I’m really honored to say we made this album with all of the original members. It has a definite hip-hop Flavor but retains all of the classic rock influence from first base. Hope you like it! 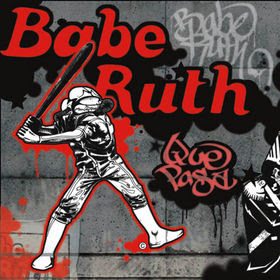 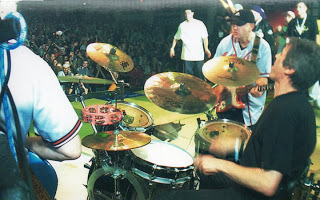 We performed last year at the Ottawa blues festival With Santana steve Winwood Rush and will perform again in 2011 soon.
– Klemen Breznikar 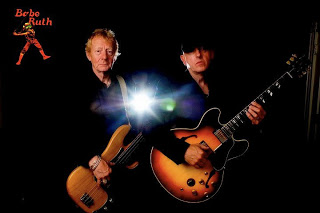