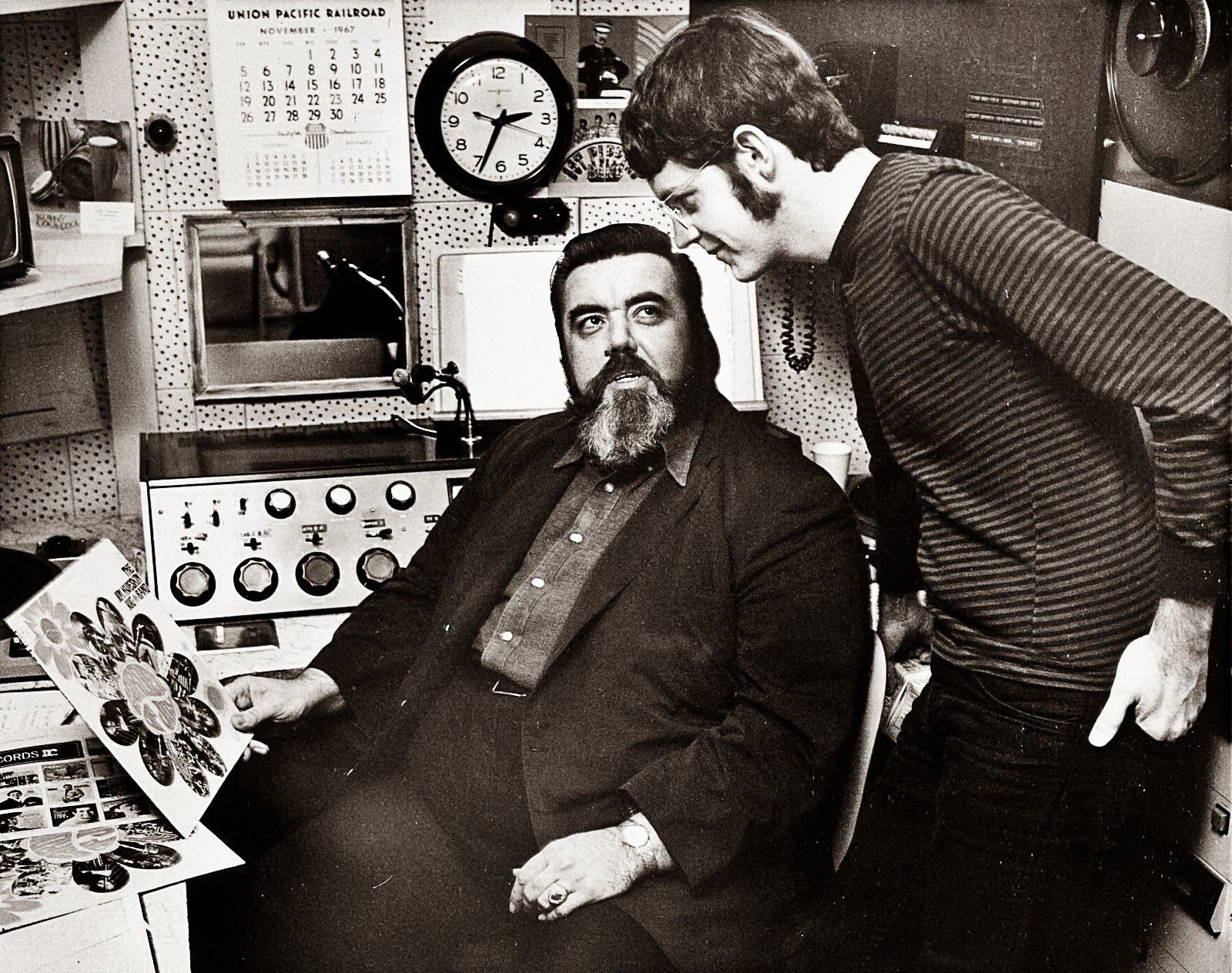 DJ and freeform radio pioneer, Tom Donahue didn’t invent the
concept of Freeform Radio, but he certainly put his stamp on it..read his
story….
Although he certainly didn’t invent freeform radio
programming [the first freeform programs were broadcast on KPFA in 1949, with
KRAB & WBAI picking up the ball in the 60’s] it was the brain-fried child
of Tom “Big Daddy” Donahue. Playing long album tracks he initiated an
unsuspecting young audience to the joy of eclectic radio programming. A former
Top 40 jock on Philadelphia’s WIBG-AM, Donahue migrated to San Francisco
fleeing the record industry payola scandals of the late 50’s. San Francisco was
at that time primarily used as the setting for movies such as The Maltese
Falcon, Frisco Kid, Hitchcock’s Vertigo and The Birds, and various Charlie Chan
movies [and much later the Dirty Harry epics.] On any given night you could dig
Paul Desmond at the Black Hawk or Gerry Mulligan at Basin Street West. Alan
Ginsberg shocked and revolutionized the literary establishment with his reading
of “Howl” in a small gallery in November 1955..
“I saw the best minds of my generation destroyed by
madness, starving hysterical naked, dragging themselves through the Negro
streets of dawn looking for an angry fix, angelheaded hipsters..”
Along came Kerouac, Burroughs and the realization that
Frisco was the “weirdo capitol of the world”. Then between the years
of 1958-1961 the scene seemed to take a dive. Topless bars sprang up all along
the Columbus-Broadway area. Carol Doda will be remembered forever as the
cocktail waitress who bared her breasts and made “The Swim” an
instant hit. In 1962 Tony Bennett sang “I Left My Heart in San
Francisco”, Merv Griffin was in the first season of his talk show and
Phyllis Diller was ready to go national. There were sporadic Top 40 hits on the
radio like Vince Guaraldi’s “Cast Your Fate To The Wind” and Johnny
Mathis’ “What Will My Mary Say’. This was fertile ground for Donahue and
he talked the management of WKYA into letting him program his own shows.
Billing himself as Tom “Big Daddy” Donahue “300 Pounds of Solid
Sounds” he played gritty R&B and delivered to his audience an
irreverent broadcast style..”I’m here to blow your mind and clean up your
face”….
Between 1963-1967 Donahue promoted concerts and in 1964
opened Autumn Records. The second single on the label was a hit by Bobby
Freeman, “C’mon & Swim” written by a $100 a week assistant named
Sylvester Stewart a.k.a. Sly Stone.
In 1967, according to Jim Ladd’s book “Radio
Waves”, Donahue and his young wife Rachel were listening to the Doors
first album, while rearranging their brain cells via Dr. Tim’s magic snake oil.
The playing cards were starting to melt, and it became increasingly difficult
to tell the hearts from the diamonds, when through the haze of incense and
acid, [Tom Donahue] shifted his enormous bulk and posed a fateful question:
“Why in the hell aren’t we hearing any of this on the radio?” 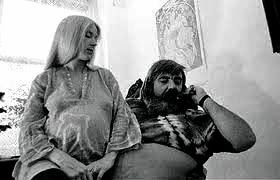