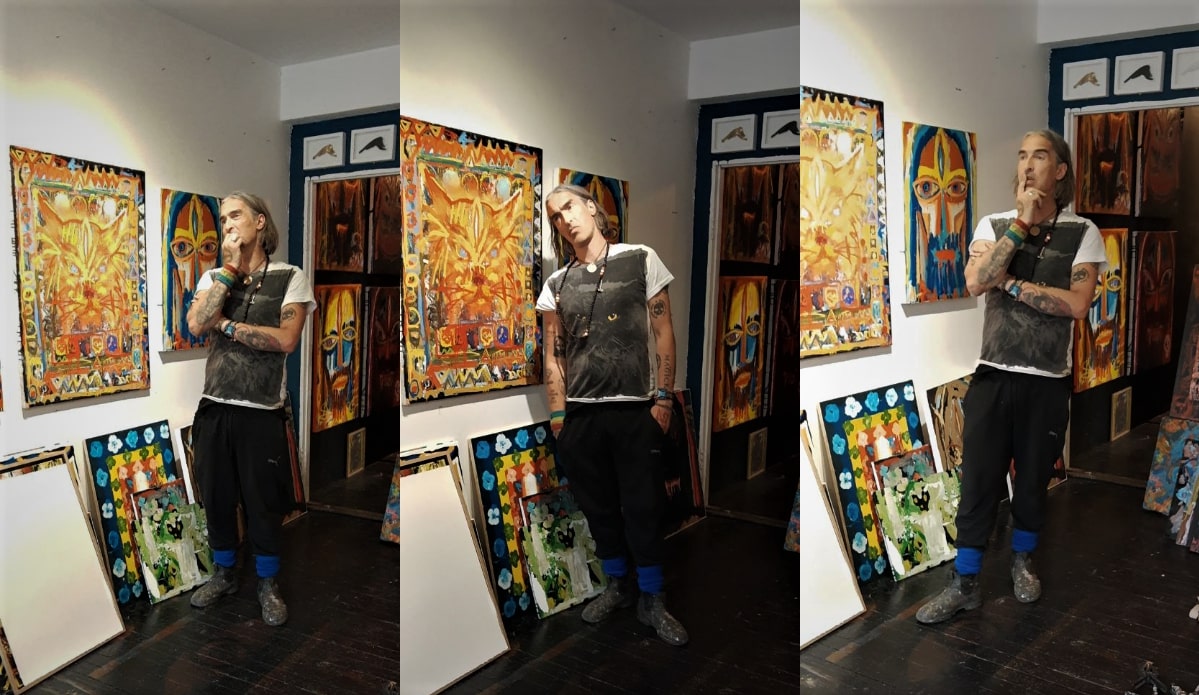 While visiting Iceland during the summer, I stumbled upon the art studio of Icelandic artist/musician Jón Sæmundur Auðarson (aka “Nonni Dead”) in Reykjavik, where he sells his own art and also curates art exhibitions.

We chatted a bit about his psychedelic band, Dead Skeletons, and his association with Anton Newcombe, with whom he has collaborated on various music projects as well as designing some BJM album graphics. I also got Jón to silkscreen a “He Who Fears Death Cannot Enjoy Life” t-shirt (with white letters and white skull on a black shirt) for me, which I bought.

Dead Skeletons is Jón’s psychedelic art-rock band which has performed at many festivals, including PrimaVera Sound in Spain, ATP Festival in Iceland, and Roskilde Festival. The band has also toured all over Europe and the United States. Jón’s guitar has a pastiche on Woody Guthrie’s “This Machine Kills Fascists” slogan painted on it…instead it says: “This Machine Kills Viruses.”

According to information on his website, Jón lives and works in Reykjavik, where he maintains his studio and performs with his band. He studied at the Icelandic College of Arts and Crafts, and then obtained a Masters in Fine Arts from the Glasgow School of Art in 2001. His work often combines elements of painting, music, video, and sculpture in a conceptual context. Because he was diagnosed HIV positive in 1994, themes of life and death have been essential parts of his oeuvre. In taking up this theme, the artist began the concept of “Dead” in 2003. According to Jón, “Dead is a brand focused on life, a paradox intended to awaken the sleeper. It is a benign virus, intended to infect the subconscious mind and stir deep existential thoughts. The concept is Dead and Alive all at once.”

or visit his studio at:
Dead Gallery/Studio
Laugavegur 29
101 Reykjavík
Iceland