Jozef van Wissem is an avant-garde composer and lutenist that recently announced a brand new album, ‘Nosferatu. The Call Of The Deathbird’, out October 31st via Incunabulum Records.

“La Cinémathèque Française in Paris commissioned me to write and perform the score at the presentation of the restored version of Nosferatu. I was a bit overwhelmed by its success. It was sold out! I wasn’t going to repeat it. But people kept asking…” – explains Jozef van Wissem, speaking about the series of events that lead to the recording of his newest LP – ‘Nosferatu. The Call Of A Deathbird’.

Over the years, Jozef van Wissem has collaborated with Zola Jesus, Tilda Swinton as well as with his long-time collaborative partner and friend, Jim Jarmusch, with whom Jozef recorded four albums together. In December 2017, van Wissem was invited to perform the madrigal depicted in Caravaggio’s painting The Lute Player (1596) at the Hermitage Museum in Saint-Petersburg. In February 2021 Jozef van Wissem premiered a new black Baroque lute on Dutch National TV. The instrument had the Latin words “Ex Mortis” inscribed in the neck.

“Experiment is the life blood of music”

La Cinémathèque Française in Paris commissioned you to write and perform the score at the presentation of the restored version of Nosferatu. Was it difficult for you to start with this massive project?

Jozef van Wissem: Composing a score for me is not difficult. But I had to try it a few times before a live audience to get the right idea. I found out when I played it before an audience it worked best to start with a few notes and slowly build it to a dense heavy ending. I don’t believe in reacting to images much. I think the score should stand apart and develop its own storyline all the way through the movie. It becomes more of a layered work that way. 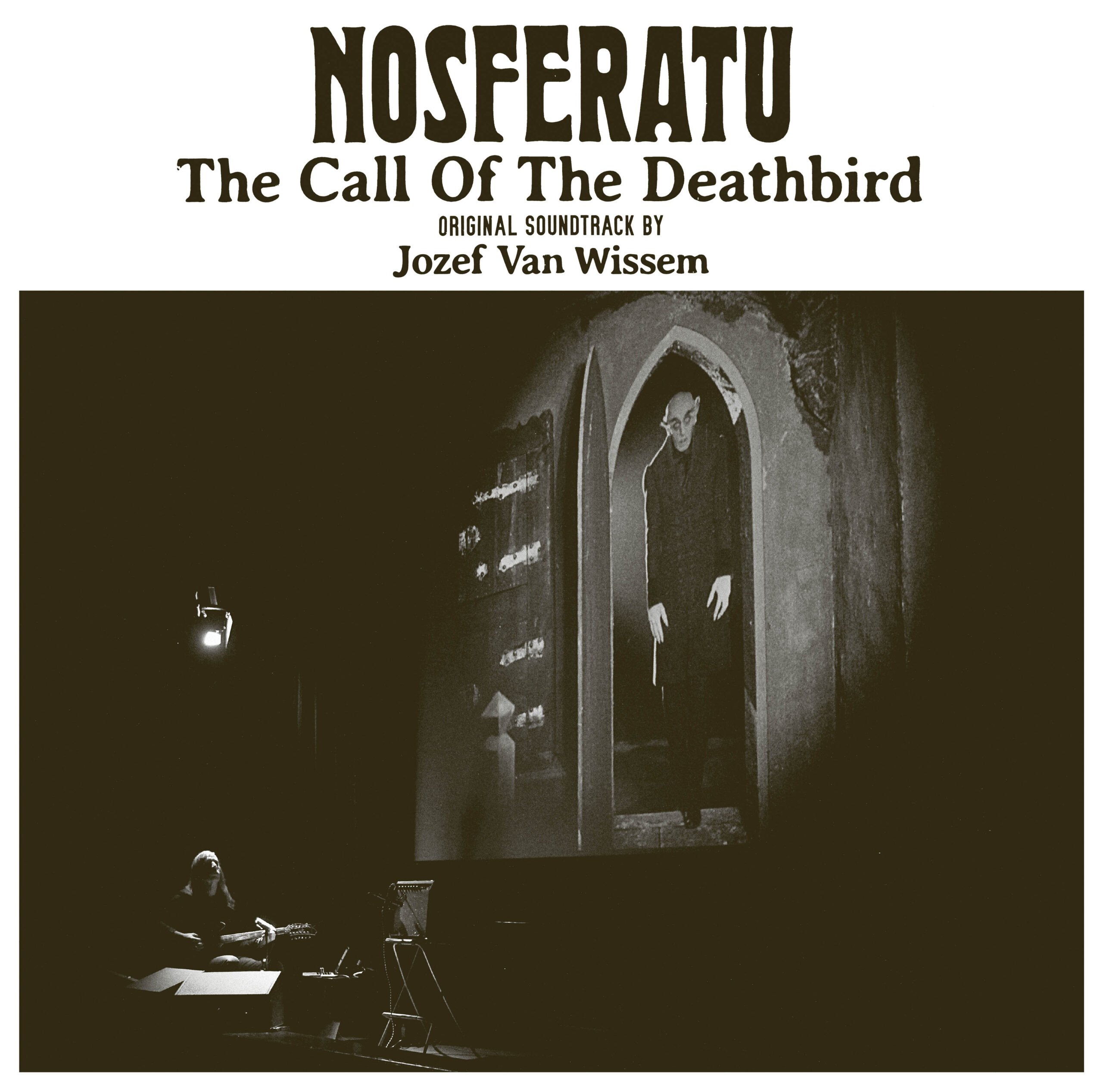 To what degree did you use improvisation as the main lead and what did the process look like? Were you going through images and trying to capture the essence?

I don’t use improvisation as the main lead. I compose the parts. It’s not advisable to look too much at the images. It’s more about the atmosphere I can create.

You prefer to score the music before seeing the film, why is that?

It’s good to have a rapport with the filmmaker before they start filming. I prefer to give them music before the shoot. This music gets already ingrained in the texture of the movie. The tone of the film is set with the music already before the movie is shot. I believe that makes the film more pure.

I think your minimalist approach works perfectly with Nosferatu… it gives the right atmosphere. Did you find it difficult sometimes to capture what you wanted to express with minimalistic limitations?

Why do you think horror gives more freedom to composers?

I think that horror films give the composer more freedom to experiment than in any other genre of film. It seems more open. Experimental sound in film nowadays is something producers are afraid of. So unfortunately everything ends up sounding the same. Experiment is the life blood of music.

Tell us more about the recording and producing process for ‘The Call of The Deathbird’.

Nosferatu Act 1 and 2 I recorded in Rotterdam. I prefer to record the lute myself, I am quite specific as to how I want it to sound. It sounds great in a room with reverb. The instruments get better too over time so it’s an evolving process. The bird sounds I found were electronically processed to give it this eerie effect. Act 3 I recorded with a bass player I had not played with for 25 years. I was in a New Wave band with him in the 80’s. So there’s a timeless vampire aspect there. Act 4 and 5 were recorded in Warsaw a while ago. I am quite happy with the electric guitar sound I can get there.

“I live in a sea of old books”

What else currently occupies your life?

When I am not touring I am usually writing, composing and recording. Or I am finding material I can use for inspiration, like early religious books. I live in a sea of old books. But I am on the road a lot so there’s not much time. It sort of depends where I am if I am composing. 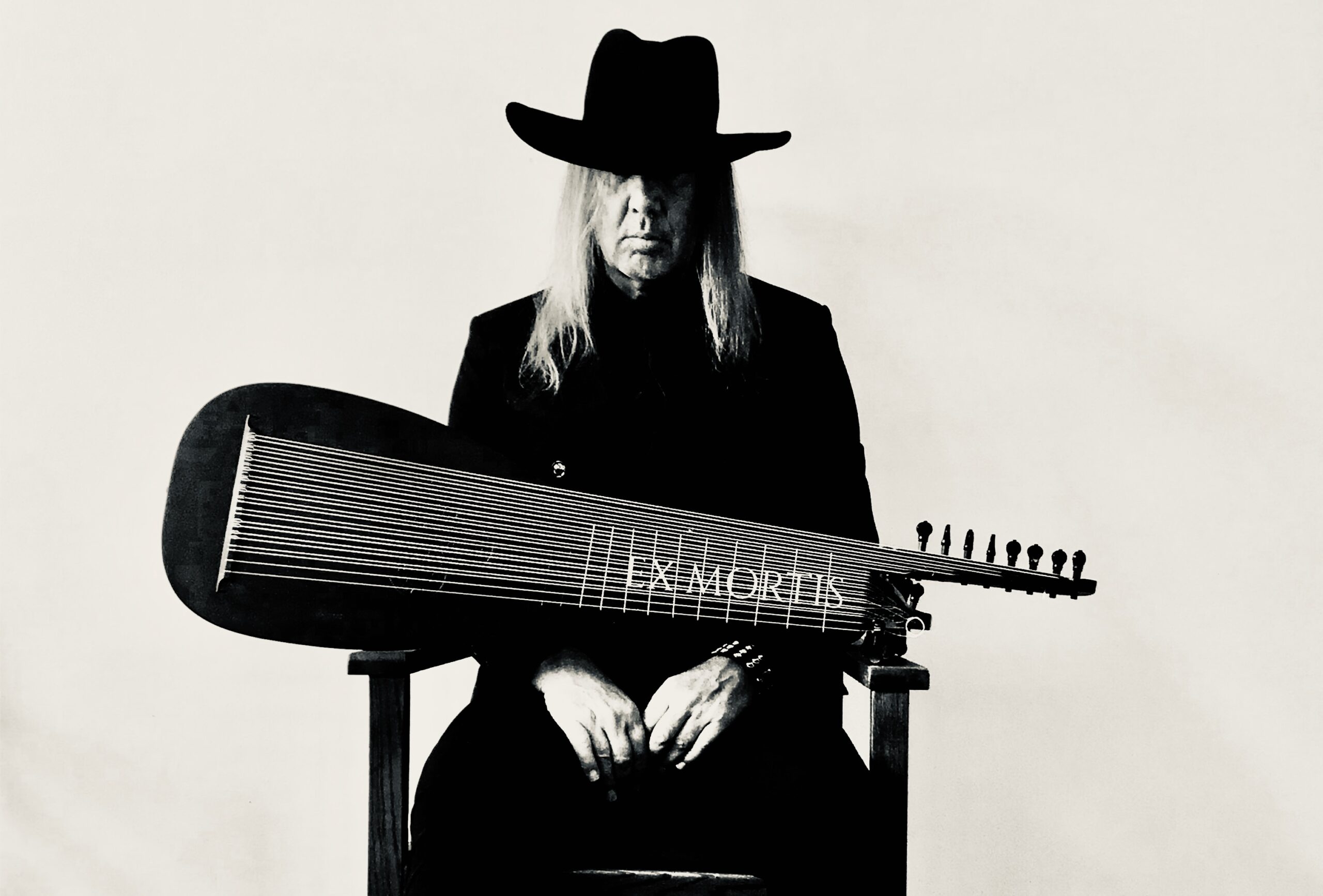 Meet me at the show.

‘Nosferatu. The Call of The Deathbird’ by Jozef van Wissem | Album Announcement