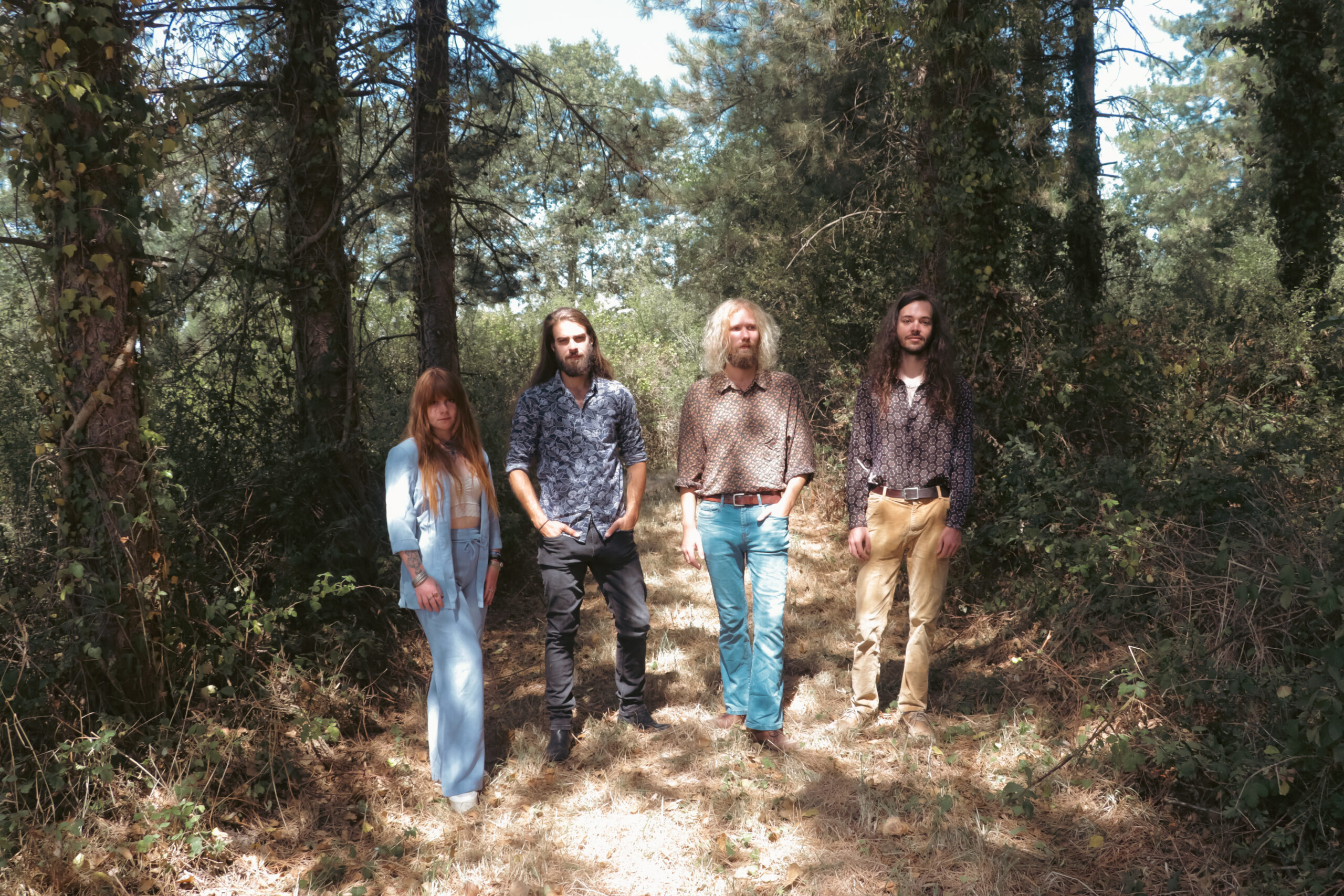 Djiin’s latest album, ‘Meandering Soul’ is a complex concept album well worth checking it out. It takes you on a journey through Djiin’s magic.

‘Meandering Soul’ is a concept album that presents the story of a tortured mind being and his evil ﬁends. The listener is going through a trip where he/she will meet many characters and will be surrounded sometimes by dark and frozen landscapes, other times by a hot and mesmerizing desert, or otherwise by oppressing and sensual places. All these elements are sailing on various musical inﬂuences.

“There is a story, and several characters that guides the development of the album”

‘Meandering Soul’ is such a fantastic record. Tell us, how long did you work on it?

Thanks! We have worked on it for a bit more than a year. We did use some ideas found during our tour and some rehearsal moments where we improvised and recorded on our phone some ideas. Then, I [Chloe] wrote the lyrics and the concept during a few months and we followed the story to structure the compositions. The COVID has slowed us down a bit. That’s why we could release it only one year after having recorded it.

Would you mind elaborate on the concept behind it? There seems to be a story you wanted to tell with the release?

Indeed there is a story, and several characters that guides the development of the album. It talks about an odyssey of a soul created by the communion of the force of nature and the power of women united. Then it’s a kind of description of the different sides of a soul and the different paths that it needs to live to understand itself. These different sides are represented by two other characters, the snake and the witch which are represented in the album by some recurrent riffs. The album’s structure is inspired by the Orobors’s snake. It’s a sort of circle of life, the circle of the individual relationship with our mind and soul trying to hide and fight some demons. The soul tries to find a meaning of its birth and repeats the same layout even if it understands a bit more of itself and the world surrounding it from his last experience. So you can listen to the album in circles, it begins how it ends and it ends like it begins. You can listen to it endlessly but at each new listening you will understand it better and know a bit more how to apprehend it.

“The characters are quite complicated”

I love the way you presented the characters… It’s really well done.

Thanks! The characters are quite complicated as they are no real characters but some metaphors of the demons of anyone. So we thought that the best way to express them was through the music and the chosen riffs.

Where was the album recorded and who was the producer?

The album was recorded at our last sound engineer studio The Blue Anvil Sound in Bretagne and is self produced. The mix and mastering was done by “le garage Hermetique” in Rezé near Nantes. Then Nasoni Records produced the vinyl and we were also helped for the promotion by Klonosphere. But since 2015 we have always been independent and we produced everything ourselves from the money of the gig, merchandising sales and our own funds. 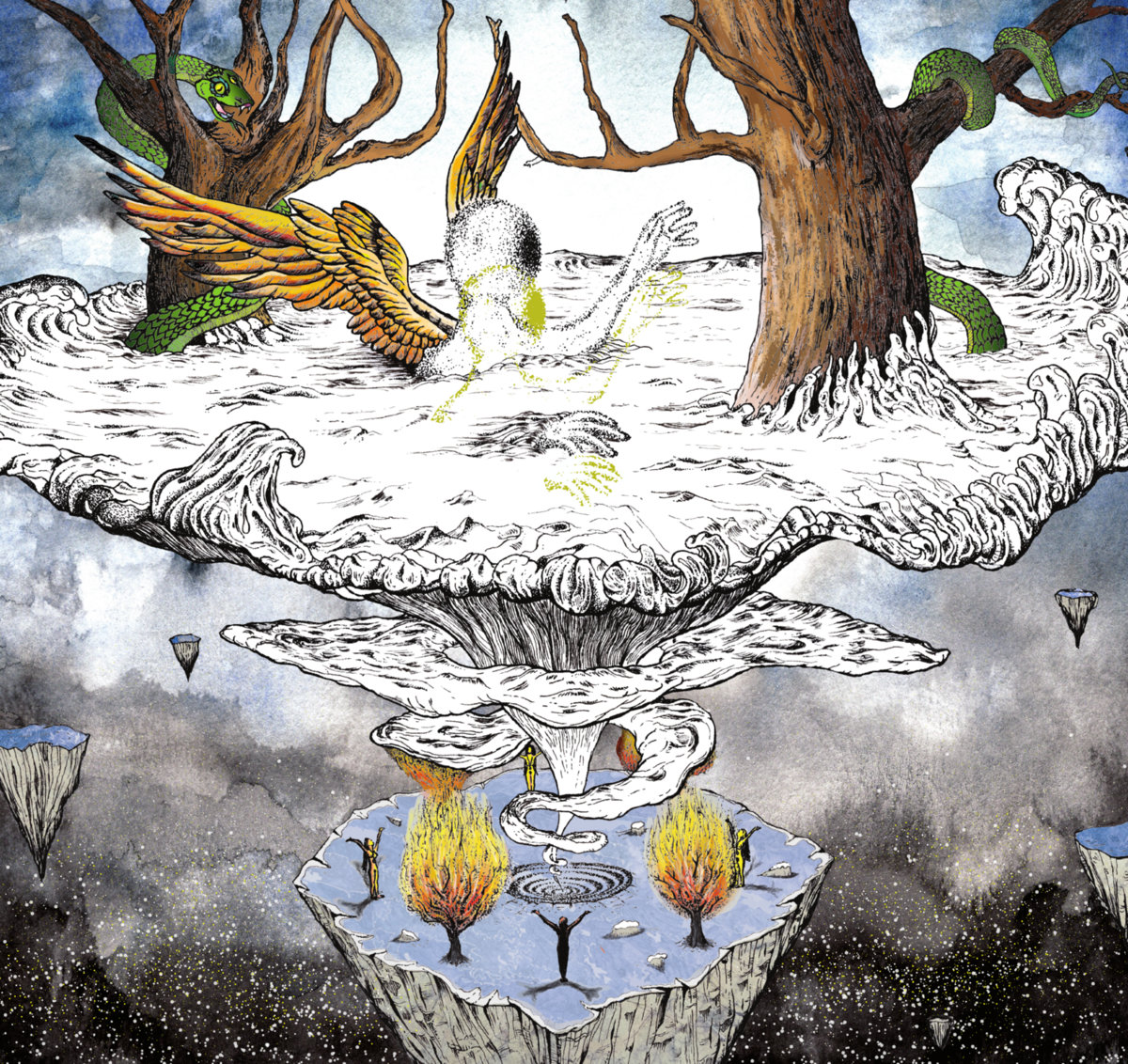 How would you compare it to your previous release, ‘The Freak’?

It is a totally different approach. For ‘The Freak’ we had a different line up and it was our first real album (we did release a live album before and an EP). So it was kind of a medley of all the songs we wrote the first years of the band. It shows our evolution, what paths we took to arrive at something that is now what we think we really are and like. Working on this first album helped us to build our own identity. 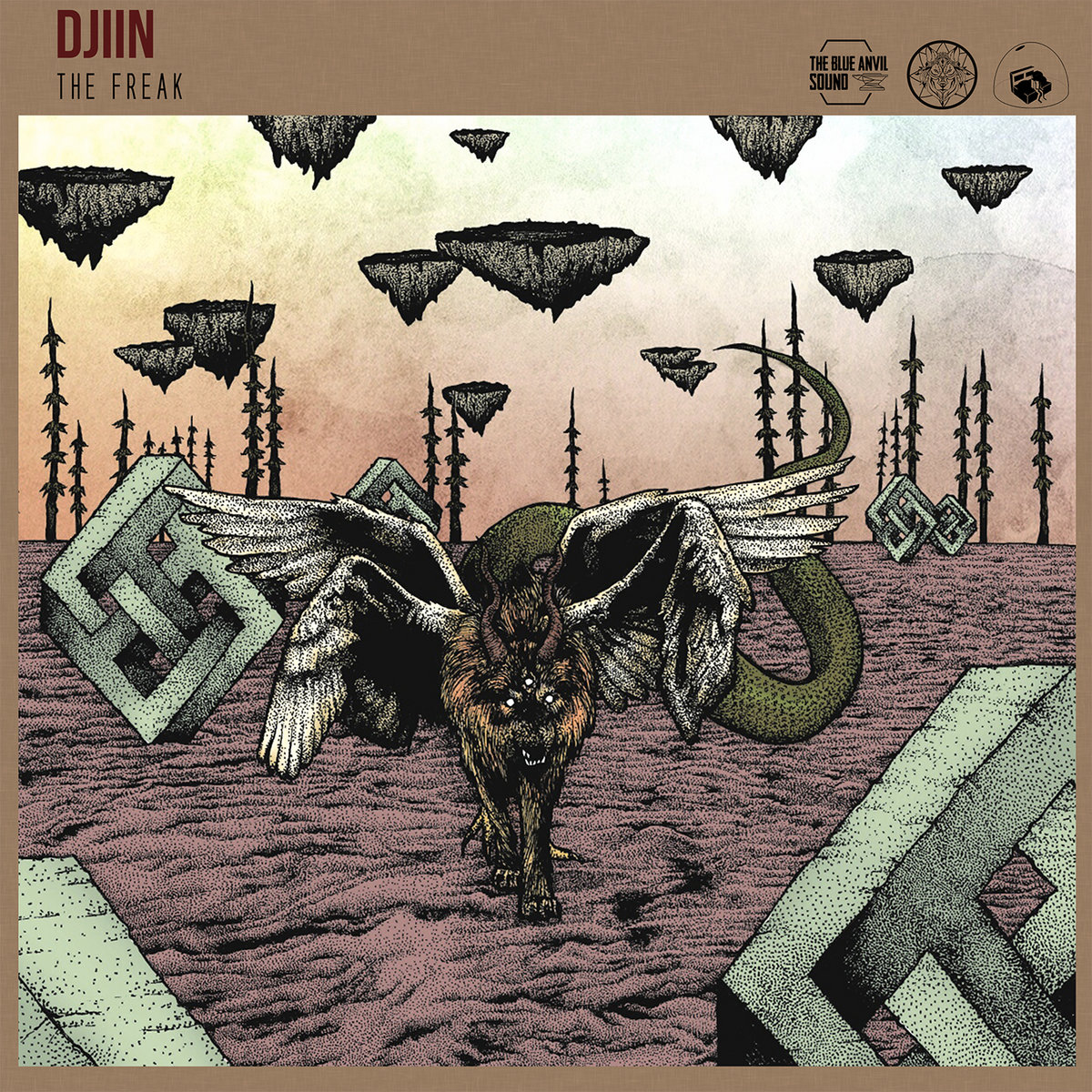 Who did the cover artwork for the latest album?

The cover artwork was done by Flobath Illustration. A great artist from Nantes working on watercolor and on illustrations for books as BD or child’s books. We love his universe and this work was a challenge for him. We ask him to do four illustrations which describe the concept of the album.

What was the two years isolation period for you like? Did you find it inspiring to be able to spend more time in music making?

At the beginning of the COVID we had to cancel a big tour and 5 other tours after that, during the isolation period. It was so frustrating to stop playing for people and only for ourselves but it was the best reason to put all our ideas and inspirations on the creation of a new album. We had time and we took this time to make it as close as possible to what we had in mind.

What about your influences? I’m sure different members are influenced by various kinds of music, what are some you would like to name?

Tom: Same as Allan for most part, I grew up with and trained myself to a lot of the 70’s prog and fusion scene. I’m also a big fan of Zappa’s work. If I had to choose the “area of prog” I like the most, I’d say the Canterbury and the RIO scene with bands like Egg, Hatfield and the North, National Health, The Muffins, Henry Cow, Soft Machine and Matching Mole et cetera. I’ve been listening to quite a lot of the post punk / post rock scene lately, with names such as Slint, Polvo, Unwound, Bitch Magnet, Lync et cetera.

Lali: As for my mates, most of my influences come from the 70’s heavy and psych rock such as Black Sabbath, Vanilla Fudge, Iron Butterfly… and I’m a huge fan of The Beatles and funk music. I also like digging bands like Primus, where the bass leads the groove and where the atmosphere sounds twisted or creepy.

Chloé: I also really like all the 70s stuff, psychedelic, fuzz and prog but also some noise, doom, blues, funk and post punk and post rock music. I really like to feel emotions in music. I listen to The Doors, Janis Joplin, All Them Witches, Hiatus Kaiyote, Radar Men from the Moon, Kanaan, Buffalo Fuzz, Windhand, High Priestess et cetera.

Allan: I play drums in the band Orgöne (space psych rock / noise / prog / kraut) with Tom and in a new band (since the beginning of this Summer) of chill lo-fi jazz hip hop music with Lali.

Tom: As Allan said, I play vintage keyboards in Orgöne. I also play guitar in Pramanta with Claudia (Cachemira, Falç de Metzinera) and Baptiste (Brain Pyramid, Fange, Thermic Boogie). This is quite a new project and only one song has been released yet on YouTube (“Track 2”, we still haven’t found a proper name for the song). We are playing fusion/jazz rock/prog music. I also have a few solo side projects, one is named Captain Blind Chameleon and the first album has been released, it’s kind of a mix between riff-filled stoner rock, 70’ prog and vocal harmonies. I also have released another album under my own name (Tom Penaguin) which is an album composed and recorded only using a drum kit and an analog synth (a Moog Matriarch). Those two solo side projects are entirely composed, played and recorded by myself so those will never be played live.

Chloé: ‘Teen Tapes (For Performing Your Own Stunts)’ by Lucy Kruger & The Lost Boys. This one is definitely one of my favorite discoveries of the year. It’s a different type of music but I recommend it. I would also recommend Bent Knee, a band that I discovered recently and like a lot.

Temple Fang, I recommend you the band especially for the great vocals and harmonies they are using. I’m waiting for their next release as the last one is not really representative from what I saw live at Roadburn and Freak Valley. But for sure, it will be huge. ‘Marked for Death’ by Emma Ruth Rundle, a favorite album and artist. I love her universe, what she has to say, how she says it. Buffalo Fuzz’s self-titled is fantastic and so is my oldest favorite album, ‘We Are Him’ by Angels of Light. One of my favorite albums but discovered quite recently is ‘The Miraculous’ by Anna Von Hausswolf. I love to listen to her while I write my song and jump deeply into her voice and emotions. I’m also beginning to do this with Lingua Ignota recently.

Tom: ‘Hellfire’ by Black Midi, and the album before it, ‘Cavalcade’. To me there isn’t another band who’s pushing the boundaries of music as hard as they do. ‘Talk Memory’ by BadBadNotGood, because it sounds beautiful. Any album by Elephant9. Not a new band but I found out about them only recently. They know how to improvise, and they do it a lot. Any album by Kanaan, for the same reasons. ‘Viet Cong’ by Preoccupation. I discovered it last month. This is the perfect blend between pop, shoegaze, math rock and post punk/post rock/noise rock. They are amazing. Bunker Buster is magnificent. Unschooling (both the EP and the album). I still haven’t understood what they are playing and where they are going, and I love it. Sounds like Palm meets Pere Ubu meets Unwound. It’s crazy. The Cardiacs. Please, go listen to them.

Lali: ‘Abbey Road’ by The Beatles. I think it’s their best. It’s a point where the heaviness and psychedelia of the band is at their best. I could listen to it every day. ‘Humbug’ by Arctic Monkeys. Love the atmosphere, love the production, love how they evolved since the previous album. ‘Amphetamine Ballads’ by The Amazing Snakeheads. This album is the only one this band made before the death of their amazing singer. This album is really dark and explosive. So sad we won’t hear more from them. ‘Metronomie’ by Nino Ferrer, my favorite French singer. Because they are not all as lame as we think, Nino Ferrer was a real soul and rock music lover (this album which opens with a prog rock song), and delivered a unique piece of music in the French musical landscape at the time it came out. ‘Heavy’ by Iron Butterfly, out in 1968, the release of one of the pioneers of heavy rock. I love the mix between the rock atmosphere and the classic influences the band had. I also particularly like the bass lines and the voice of the singer.