‘Anna’s Song’ highlights that taut interplay, waves of Magnuson’s bronzy guitar brushing up against shimmering cymbals and limber bass. “And when it clears/I know that she’ll be there/When it clears/I hope she knows I’ll be there,” Magnuson sings, before adding a caveat: “And even if I’m not/We’ll still be laughing at the things we should not.” That playful bounce between open-hearted and self-sacrificing detail recalls one of the biggest touchstones for Don’t Budge, Julie Doiron.

“I was so drawn to her range of sound, from plucky guitar songs to heavier riffs, and how it flowed so well through one album,” Magnuson explains, again needing to share another heartfelt detail. “But I’d also be a phony if I didn’t mention my real life inspo from ideal man-confidant-and total lyrical genius Anna McClellan.” 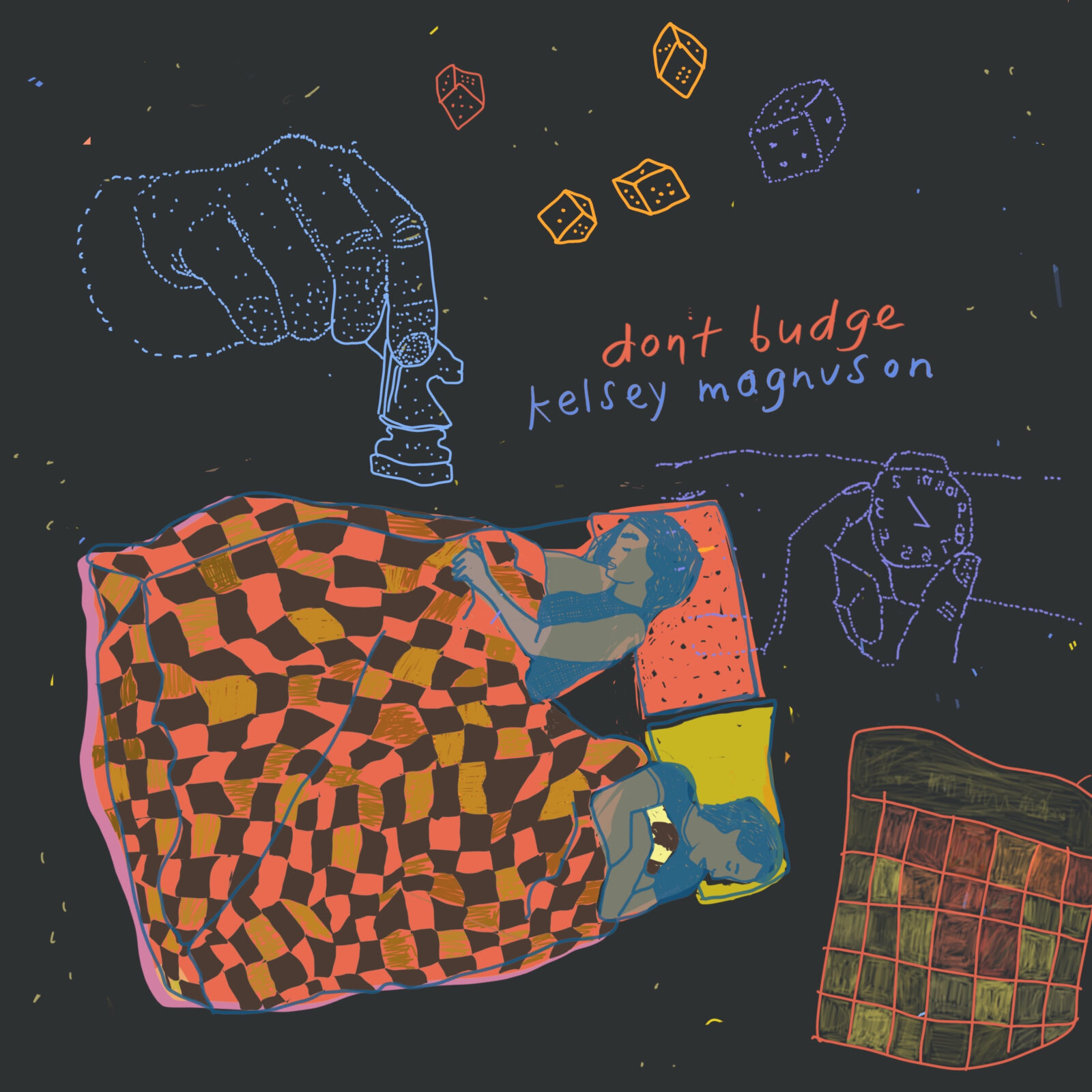 With her band, Kelsey Magnuson creates lyric-heavy songs with catchy licks that convey her feelings on making out, growing out of your twenties, and sports as a metaphor for polyamory. Throughout her debut LP, Magnuson draws inspiration from other femme rock musicians such as Julie Doiron, Haley Heynderickx, and Hannah Mohan (And the Kids).