TVOD (Television Overdose) is a project that kicked off in the midst of the pandemic, and since, they’ve garnered a cult following around NYC, especially following the release of their trippy debut EP, ​’​Victory Garden​’​. Now, the band is sharing a series of brand new singles, the first being ​’​Alien​’​, a jangly, intergalactic ripper that lurches forward with entrancing synths, distorted vocal stylings, and tight drum sequences.

Said vocalist Tyler Wright on their newest track:​ ​”This was a song I came up with while sitting on the floor of my practice space feeling sorry for myself. I was having a lot of feelings of self doubt and jealousy at the time and for some reason I could not stop painting this mental image that there was a little envious martian man slowly eating my brain and trying to take over my life. It’s amazing what some painful emotions and a couple catchy guitar riffs can become.”

TVOD is heading a lengthy North American tour, kicking off tomorrow (October 5) with an ‘Alien’ Release Show in Brooklyn, NYC. 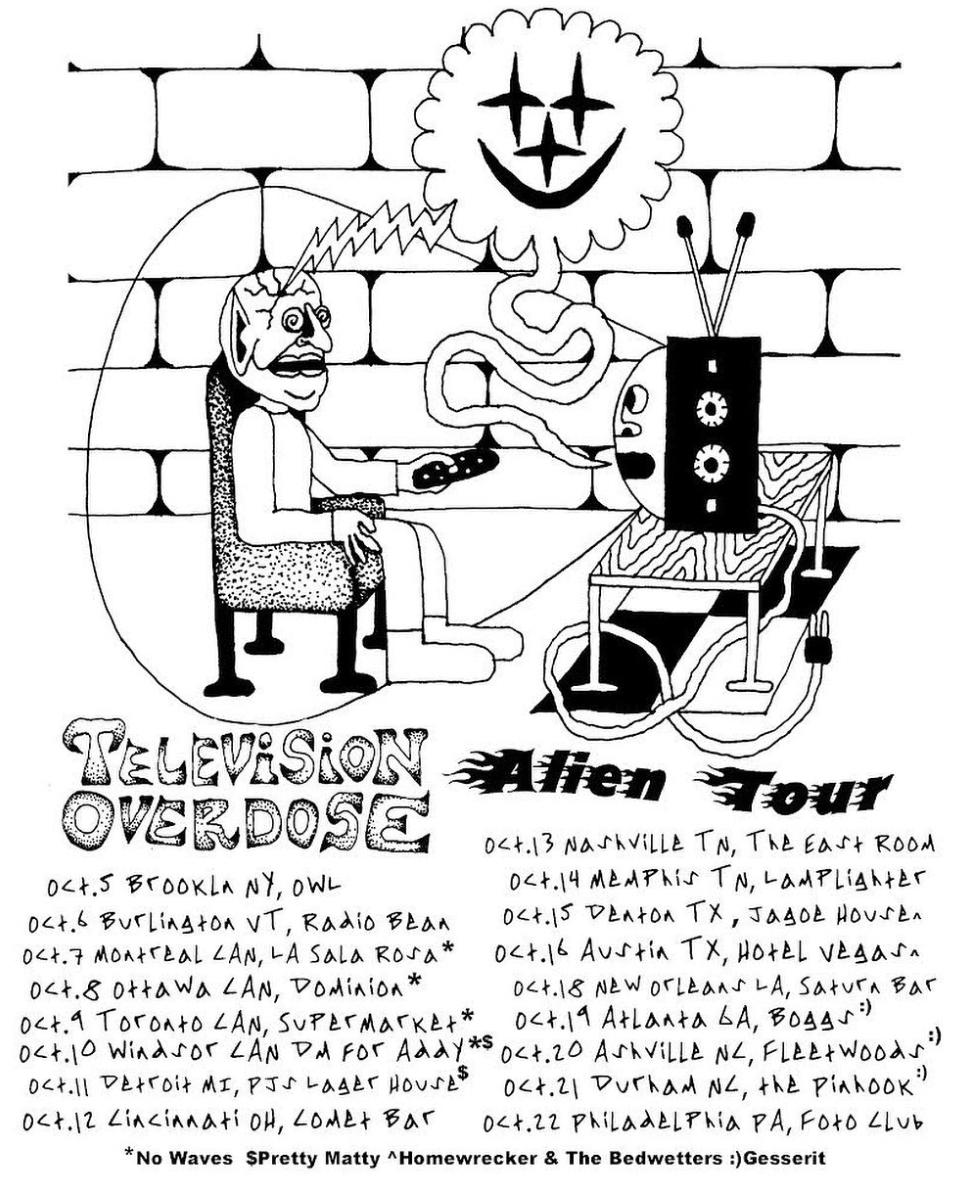 Drenched in beer, sweat, and emotion TVOD’s unapologetically raw stage performances have become infamous around New York City since they formed in 2019. The band, founded by Tyler Wright, started to take shape while he wrote the first songs off of the ‘Victory Garden’ EP (out November 2021) in his dimly lit DIY basement venue, The Palace. After recording most of the band’s first material, Tyler enlisted an all star cast of Bushwick’s punk rock royalty to fill out the live sound. Members include Mem Pahl (Jeffery Lewis), Lizzy Black (Fruit and Flowers), Jenna Mark (Tilden), Serge Zibrizer (Daddies), and Jason Wornoff (Vacant Company). 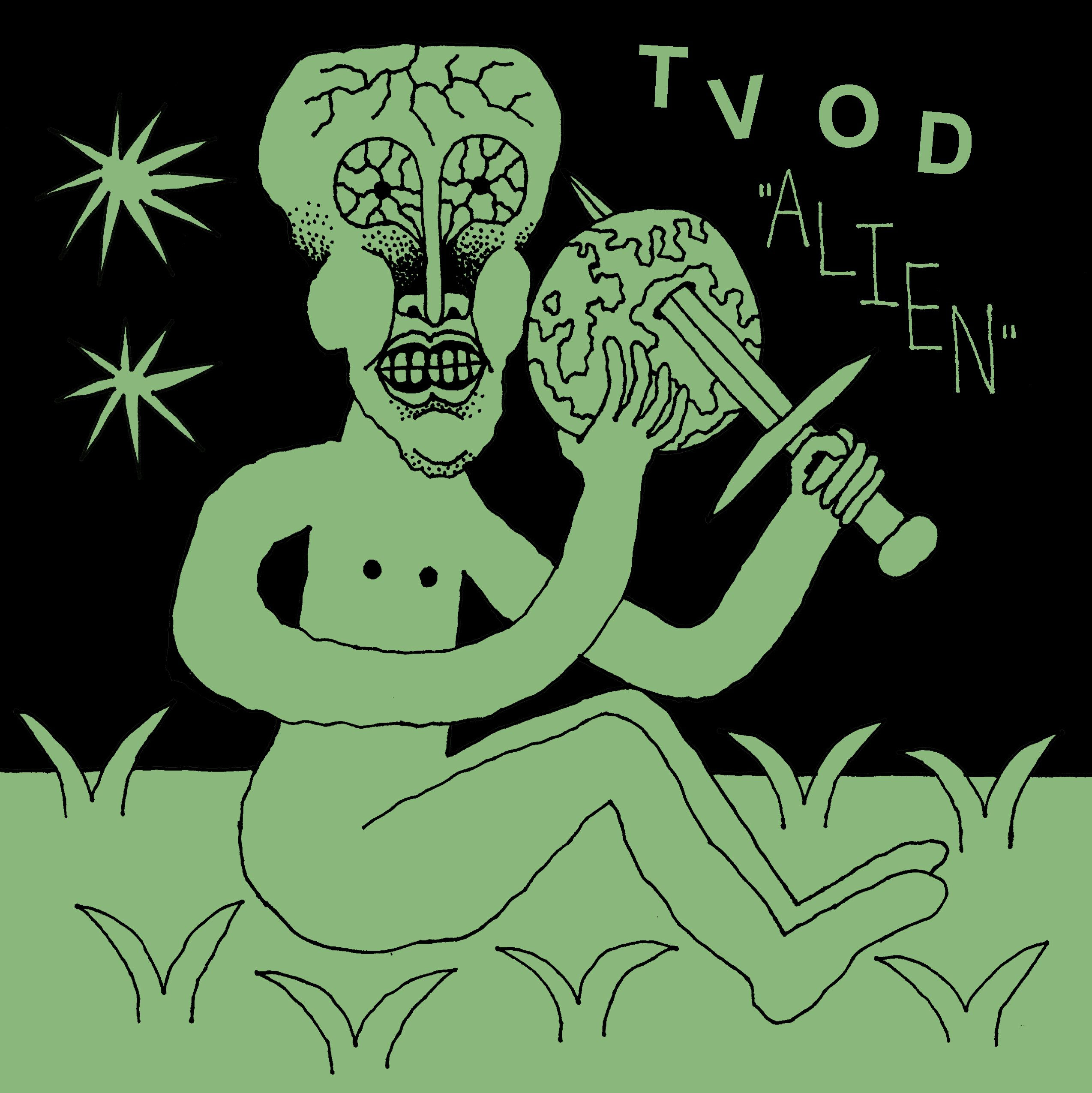 Hailed as “loud and fun and good” by Oh My Rockness, the band is hell bent on bathing in the blood of punk rock infamy.