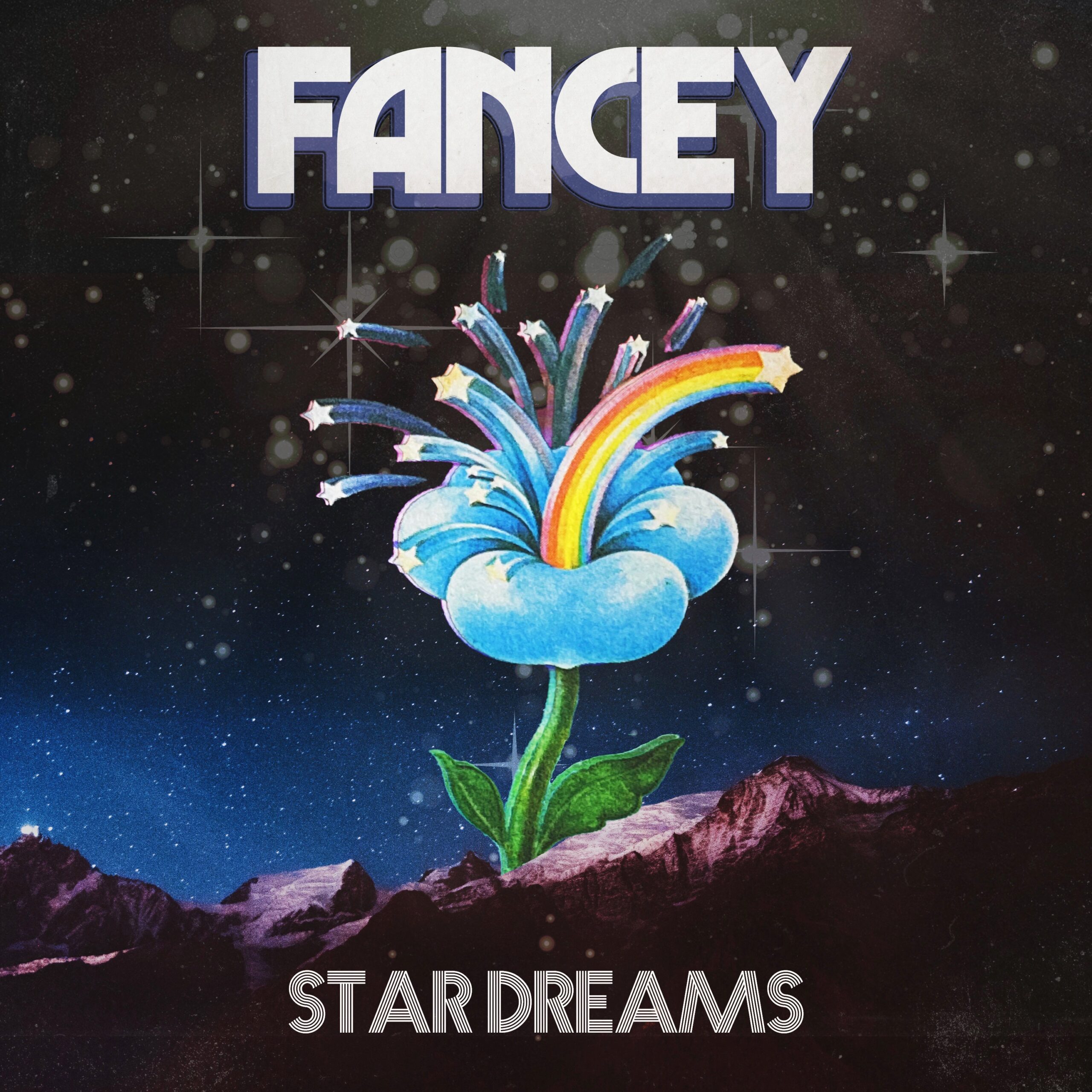 Fancey is the solo project of multi-instrumentalist, songwriter, and producer Todd Fancey who is the long-time guitarist for the indie rock outfit The New Pornographers.

Fancey’s latest album, ‘Star Dreams’, features Vancouver’s Micae on vocals, and The New Pornographers’ drummer Joe Seiders playing the DX-7 electric piano and synthesizer. On ‘Star Dreams’, Fancey gazes back to the pop constellations of the early ’80s. The album was built from the ground up with vintage 80’s instruments like the Korg Poly synth and Oberheim drum machine. Todd Fancey produced ‘Star Dreams’ in Vancouver with the help of Allan Rodger who owns Crosstown Studios.

“‘Star Dreams’ comes from a line in one of our songs ‘Fantasy in Love’, explains Fancey. “Basically dreams of far away worlds, anything but a 9 to 5 workaday world, gazing at the sky and feeling magical feelings”.

‘Star Dreams’ is a very exciting record. How long did you work on it and did you find the isolation that has been going on over two years creative?

Todd Fancey: Thanks! I’d say work began in 2018 for this one. And yes it did accelerate through the last two years given somewhat increased solitude.

The album was built from the ground up with vintage 80’s instruments like the Korg Poly synth and Oberheim drum machine. Tell us more about the original concept and how it all came together?

Well I did a few 70’s obsessed albums and I’ve always loved the 80’s so it was somewhere for me to go…into the future past (said with a Nigel Tufnel accent). To start with I was demoing and using a Yamaha keyboard that had drums on it. Then I took it to Allan Rodger who used the Oberheim and he put together simple beats that I could work with and build it.

A little bit about the inspiration: I was sorting mail in Halifax in the ’80’s and even though I was into metal and rock I always had on this station at work all night that would play the modern soul hits like Atlantic Starr, Debarge and Whitney Houston. Guilty pleasure then but guilty no more! Of course the British ’80’s stuff I heard more through the videos after school. I’m still discovering a lot of great 80’s music that I should have paid more attention to at the time.

“I love the sound of the Oberheim”

You collaborated with Allan Rodger on production at his Crosstown Studios. How happy are you with the sound of the record?

I’m quite happy with it, I love the sound of the Oberheim. Joe Seiders put layers of DX 7 Yamaha keys on a bunch of songs that really took it to another place in the ’80’s…not Human League in some cases but more Toto or DeBarge or Kool & The Gang.

How would you compare it to your previous album, ‘Eyes of Fire’?

It was a lot easier this time because no real drum kits and no horn sections, so far less tracks believe it or not. Also I don’t sing on this record so I could concentrate on production.

How would you compare the creative process in The New Pornographers or even in Limblifter for that matter to your solo career? Do you feel that when working solo gives you more artistic freedom where you don’t need to make any compromises?

Yes, well that’s always the way with the solo things, that’s why we do them for the freedom of expression. Can’t help but think of yet another Nigel Tufnel line: I express myself in my solos.

How do you recall working on your debut 2004 album, ‘Fancey’, that was quite a different direction compared to your band work?

I had just bought a Fender Rhodes and hadn’t really written on keys so it was really fun. It was enjoyable to bring a bunch of great musicians in to play, quite a luxury.

How did you enjoy working with Micae?

We had a great time, I had worked with her in a rehearsal situation but when I brought her in to sing for this new album she sometimes sang lower and it had a real mood, it made me stop and want to listen.

“A new Pornographers album on the way”

Would you like to reveal anything from the camp of The New Pornographers? Can we expect a new album soon?

Definitely a new album on the way!

Would you like to talk about how Limblifter came about?

For me it came about from being friends with Kurt Dahle. Kurt suggested me to Ryan Dahle. They needed a bass player and a guitar player and I asked to play bass. I wasn’t with them very long but it was an experience I definitely needed at the time. It was nice to play in front of lots of people for a change! I was happy to be playing all those great songs.

Just to keep playing with the band and to keep making music.