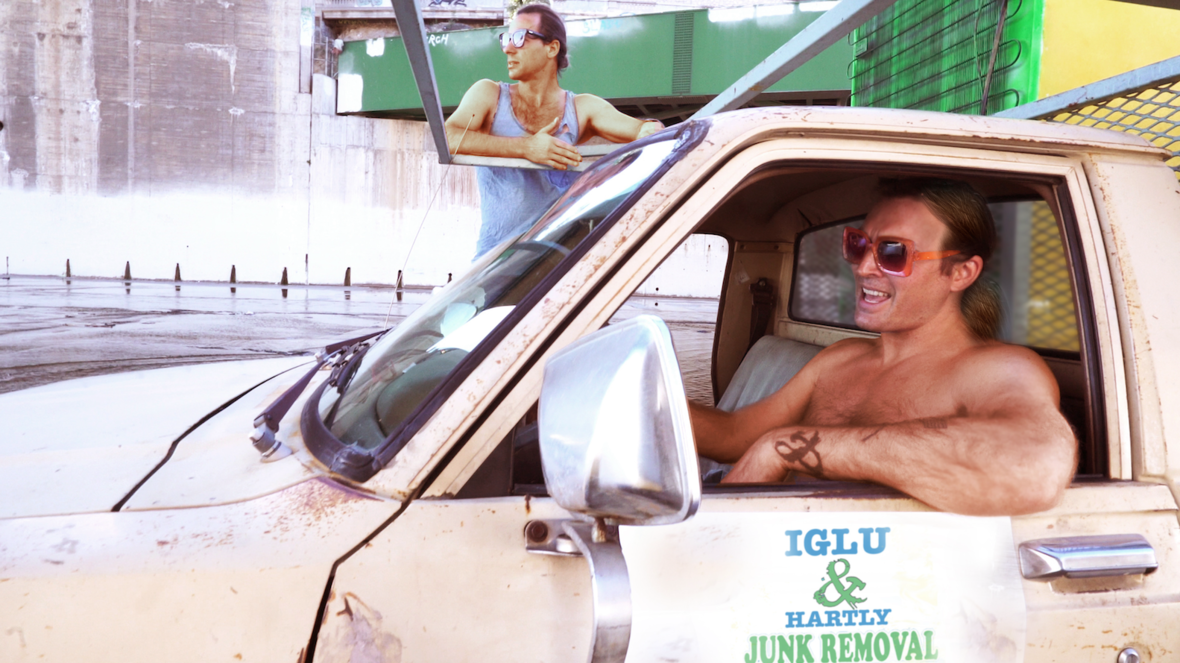 Exclusive video premiere of ‘Don’t Let Go’, a new song by Iglu & Hartly, taken from their upcoming re-release of their debut album, ‘& Then Boom’ which will see the light in a deluxe edition that will include three original demos, an unreleased song from that era and today’s premiering song.

Iglu & Hartly’s Jarvis Anderson knows more than most that the adage, “What ends up on the Internet, stays on the Internet” isn’t always the case. Jarvis, the band’s principle songwriter, producer and lead vocalist, learned this lesson the hard way, when his beloved band’s music slowly started disappearing from music streaming services, eerily erasing any traces of the band’s popular catalog.

As their songs and videos inexplicably started vanishing one by one, a fan commented, “It seems like the Internet is trying to delete Iglu & Hartly,” Jarvis agreed, joking, ‘We have always been a disruptive band… you rather love us or hate us…. so maybe some streaming overlord was pressing delete somehow?” The mystery prompted Jarvis to trade in his microphone for a detective cap as he worked to untangle a complex web made up of former managers, record labels, and distributors, all in a valiant effort to get to the bottom of the issue. After getting dribbles of information via emails from lawyers and industry heads, Jarvis eventually discovered that an expired deal between the band’s former management and a distributor resulted in the songs being deleted in puzzling fashion, territory by territory. The endless months of sleuthing led to Jarvis ultimately regaining access to the songs, after which he was able to re-upload the band’s recordings and videos to the Internet. “Once we had the record back, I put it back up right away. But it was obvious with the hundreds of comments on social media and all the DMs that this meant a lot to the fans. So many personal stories about growing up with the tunes and memories of past shows were shared. I wanted to give the fans something more,” says Jarvis. 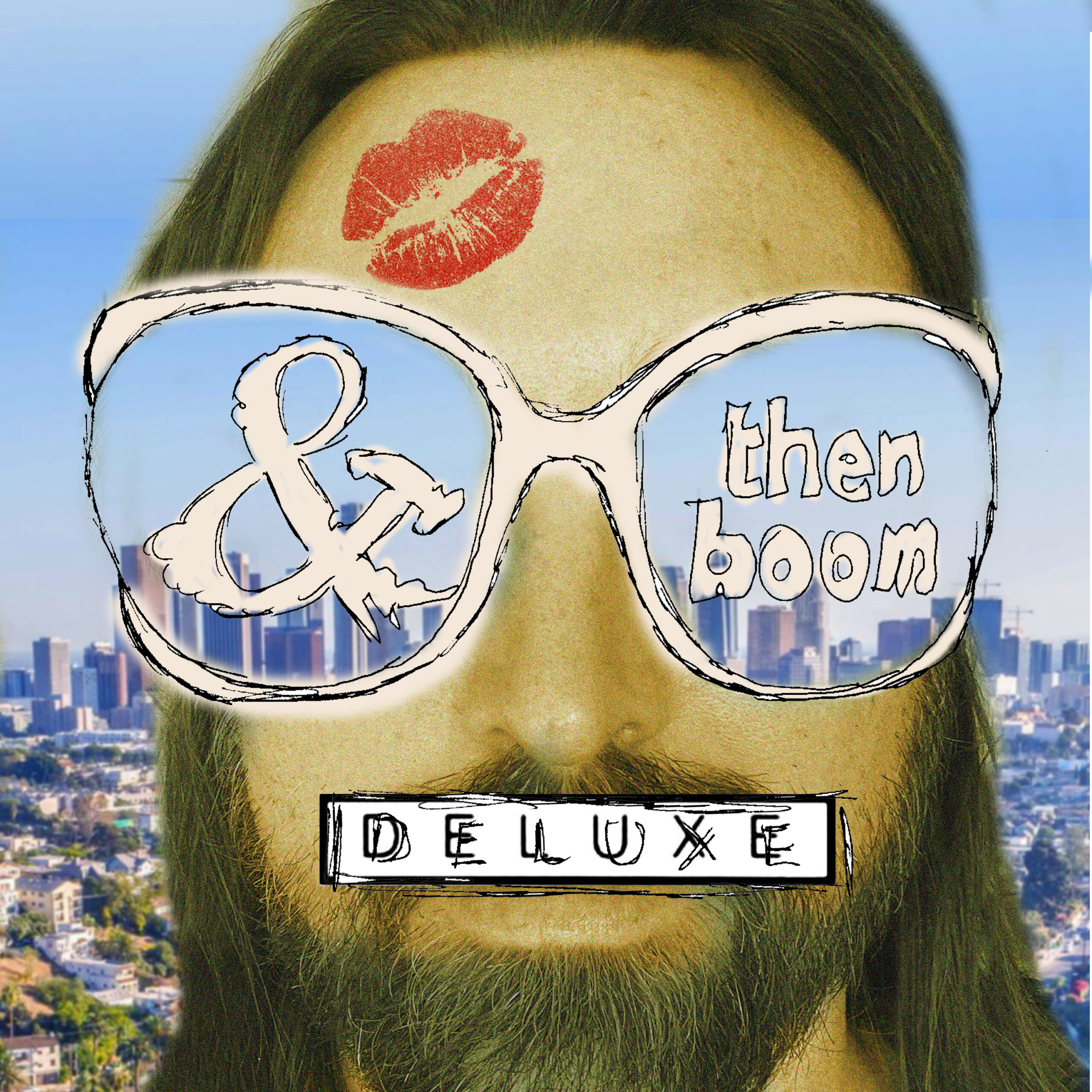 He notes, “I am so PROUD and excited to announce a DELUXE version of our debut record ‘& Then Boom’ to be released on Thursday, September 28th– on the album’s 14 YEAR ANNIVERSARY. I wanted to include original demos of three songs that I think are the bedrock of that record- ‘In This City’, ‘Violent and Young’, and ‘DayGlo’. It’s so special to hear these early renditions and I am excited to hear about your experiences with them. From that same era we are also including an unreleased fan favorite from our live sets, ‘The Pajama Song,’ which used to end our sets. We would basically invite the crowd up on stage to rock out with us and dance mayhem would ensue. And the cherry on top: A new song has been written, recorded and released for the occasion called ‘Don’t Let Go’. I hope you all will hear the heart and feel the “push the dream forward” energy woven into this track. Essentially this song is a way to tell myself not to give up on this amazing journey of Iglu & Hartly. I found myself recently imagining myself as an old man with more road behind than ahead, pining on the what-ifs. Just two weeks ago we re-distributed our debut record with ‘& Then Boom,’ bringing songs you guys have been missing back into your speakers and into your feet. I hope you all can enjoy ‘& Then Boom’ Deluxe and get pumped for some new Iglu tunes coming soon.”

Formed in the foothills of Colorado by singer/writer/producer Jarvis Anderson, the indie pop group Iglu & Hartly started as a group of friends who heeded the call west to Los Angeles. The synth-heavy band cut its teeth simultaneously in the glitter and grime of Y2K Hollywood and found itself a home in the punk rock legacy of Hermosa Beach, CA. These early California experiences inspired their 2008 debut record ‘& Then Boom,’ which included the worldwide hit ‘In This City’.

The band, known for its raucous, sweaty, and widely packed shows, toured the UK and Europe extensively before being unceremoniously dropped by their record label causing members to go their separate ways. Iglu & Hartly lay dormant for 10+ years before coming back together to headline the Hermosa Beach Summer Series music festival in 2019. “As we closed our set, and I looked out over the crowd with the sun setting over the water, it just felt like Iglu & Hartly was reborn.” Indeed, the band started anew with Jarvis picking up where he left off years ago with the release of ‘Cooler’ in December 2020.

Mike Bucher original bassist joins Jarvis while original members Sam Martin (vox, keyboards) and Simon Kats (guitar) are not participating. Jarvis explains: “Having Sam and Simon unable to participate made me pause and do some soul searching. I found myself recently imagining myself as an old man opining on the “what ifs”. If I didn’t continue Iglu & Hartly would I regret it? Leaving so many great songs forgotten on old hard drives, slowly erasing away with time? The answer is fuck yea I would regret it and that is why I have been working behind the scenes for the fans, restoring the legacy of Iglu & Hartly, and creating new music for the better part of this year.

“Iglu & Hartly is more than a band – it’s an ideal. A musical embodiment of freedom – where everyone has permission to be themselves and pursue their dreams. Iglu & Hartly has a bit of everything – rapping and singing, synths, guitars, 80’s style soundscapes… I think that attracts music fans with an eclectic taste”, Jarvis concludes.