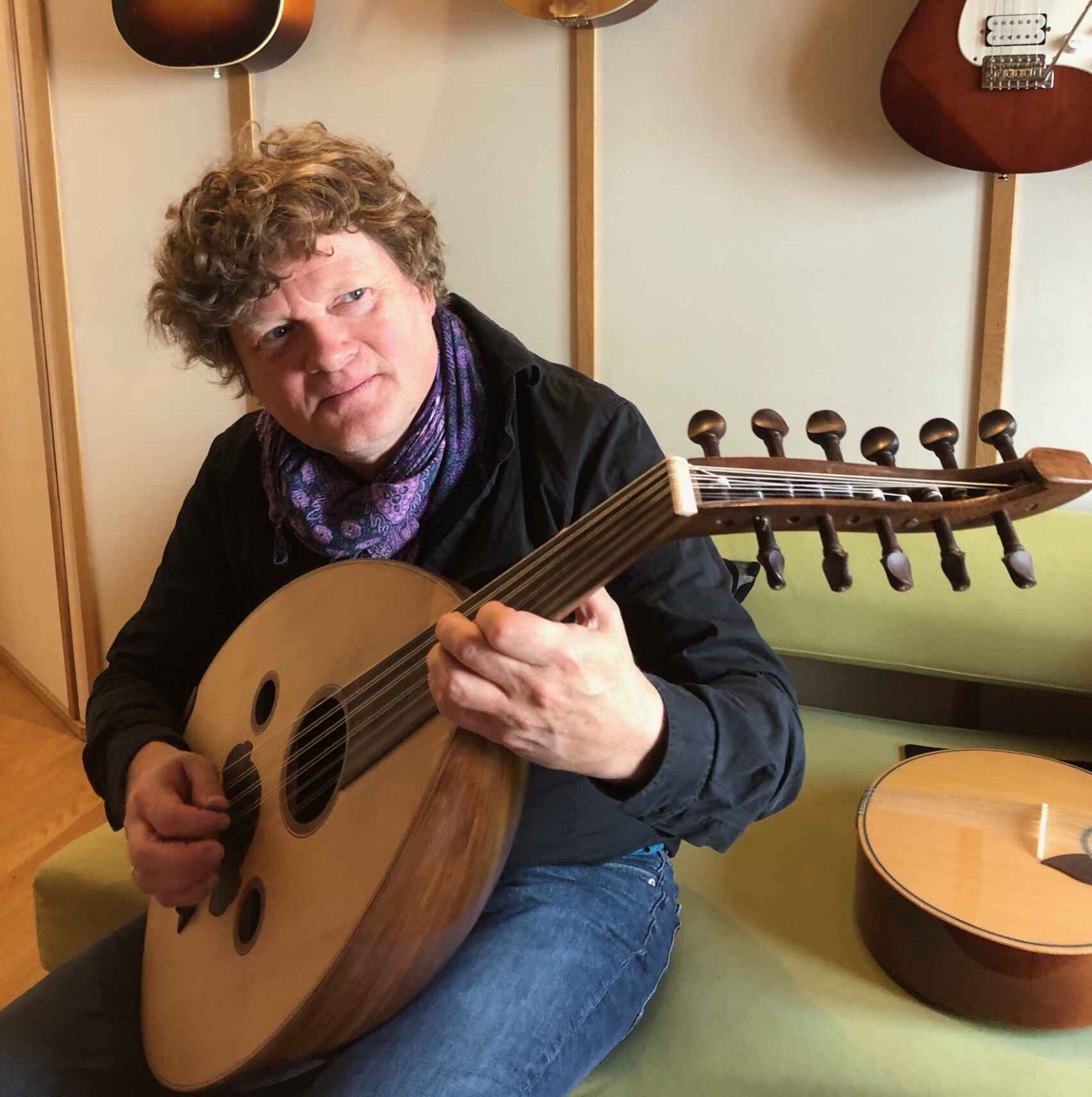 Haakon Ellingsen played with Norwegian psych bands such as The Last James and When with Lars Pedersen and Lars Lillo-Stenberg. At the same time he started his solo career releasing a lot of material. This time around Ellingsen decided to make a new solo album that follows some of his main inspirations that include ‘Rubber Soul’ by The Beatles. Together with Kyrre Fritzner they had worked in Kyrre’s studio in Fredrikstad. They sing and play almost everything you hear on this record, but they also get some help from Jørn Christensen and Lars Lundevall. The album artwork is by Henriette Nilsson. It’s taken from a 100-year-old cupboard from China. Ellingsen songwriting on ‘Cloudberry Tales’ became more mature, although the latest album is a fusion of songs he wrote years ago and newly written material.

How long did you work on ‘Cloudberry Tales’?

Haakon Ellingsen: The pandemic gave me a lot of time and, among other things, it gave me the opportunity to dig into old cassettes with material and song-sketches from quite a long time ago. And during that time I also worked a lot on my 8 track Tascam porta-studio. I made demoes to every song on the album. I also composed new songs in this period. And the lyrics were rewritten many times, though some of them are more immediate. And when the society opened up, I went to FMV studio in Gamlebyen, Fredrikstad, where I worked very well with the owner, producer and technician Kyrre Fritzner. He is a well known music-producer here in Norway, who is good at structuring my material. He is also good at “less is more”. And less is certainly more, in most cases. Who can play drums as good as Jim Keltner? Maybe Kyrre? He’s giving the songs space, and has a good ear for keeping up with the best ideas. We started in June 2021, and everything was mixed and mastered during last Winter.

What’s the typical creative process for you like and was it any different for the latest album?

It was different this time. I did more home “demoing” than I usually do. I also went through many phases with this stuff before finally recording it, because I had the time. Through the period, I bought myself some very nice ethnic music-instruments, making the sound more interesting. Since I first heard ‘Girl’, ‘Norwegian Wood’ and ‘Paint It Black’ I’ve been drawn to this crispy sound that the ethnic string-instruments can give, still used in western melodic pop-music. We’ve used the oud, an Irish bouzouki, a Portuguese fado-guitar, Indian harmonium, the ukulele… Of course we did this together with more usual band-instruments. “The ethnics” are more like some spice in the soup of sounds. My way of writing songs is usually with my guitar – and sometimes with the piano. If I sit long enough with the instrument I tend to pop up with something. Though some songs come immediately, and can be written in 10-15 minutes. Some clever songwriter once said something about songwriting, that you had to be there, ready to receive it. That may be true. But there is often a lot of rewriting afterwards. That is often the case with the lyrics. I also correspond and get advice from somebody a little more fluent than me, in the English language, to make it good. 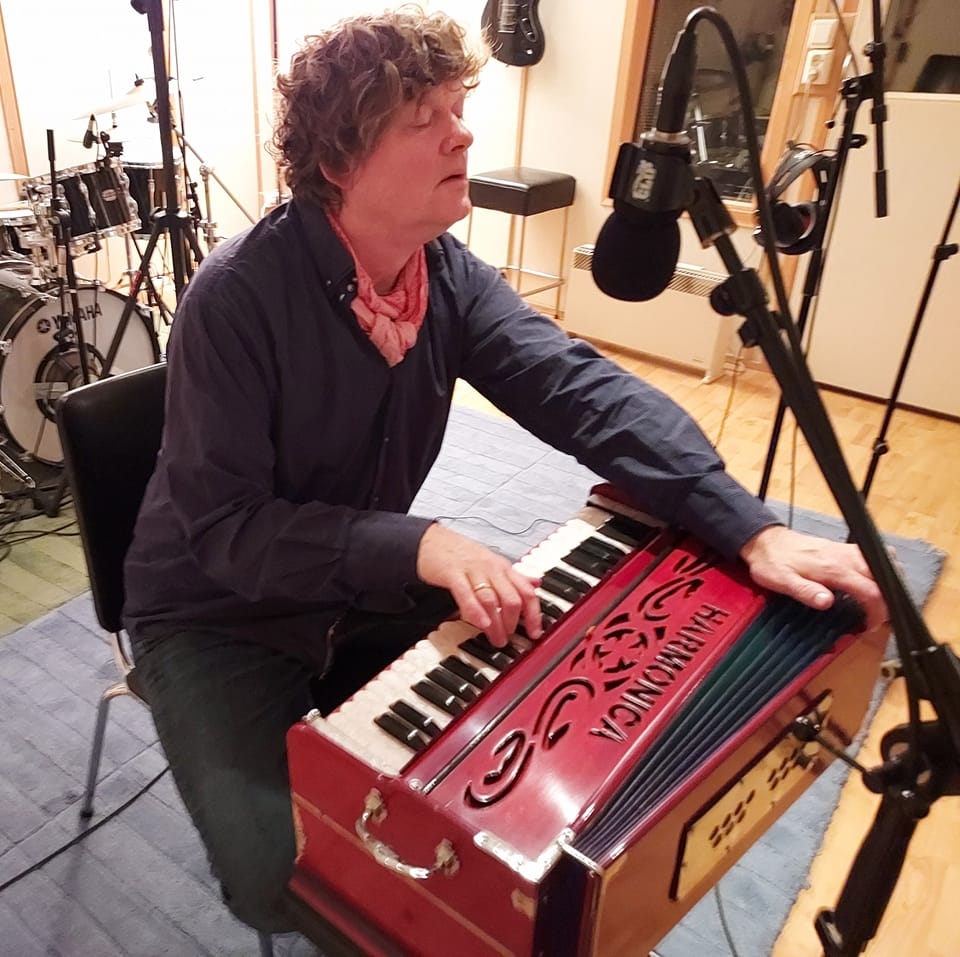 Can you share some further words about the recording and producing process?

We often start listening to my home demoes, sorting out what is to keep. Some things are not. And then we play, talk and improvise. The Beatles’ way of doing music production has always stayed with me, so we try not to overthink when it comes to the arrangements. In the studio, the first thought may be the best thought. Well, of course they’re not always the best of thoughts… 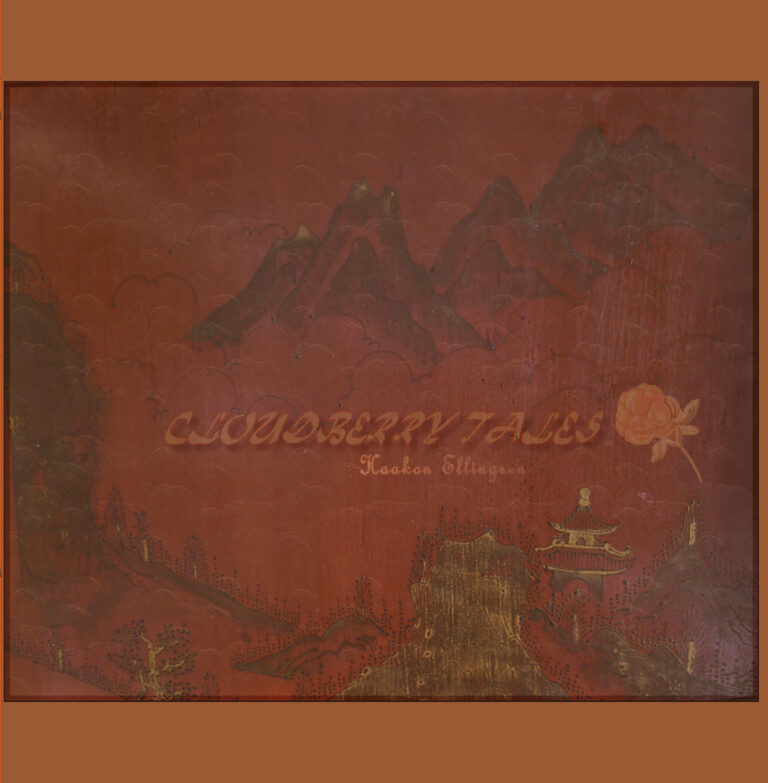 A favourite may be ‘If I Could Sing’. A McCartney’s-like song I think we did pretty well. The song is about a friend of mine who died quite young. It is a homage to him. The same may be the case with ‘That Donovan Song’. ‘Little Joy’ is special to me because it is written for my son. For ‘In A Dream’, this springs to my mind: a sweet song about disillusion and dreams not coming true? The closing track ‘It Gets So High’ is NOT about drugs, but it is quite nice anyway. I never do drugs, but music certainly makes me high. ‘I Once Knew A Girl’ is a synthesis of different people I’ve known that didn’t get the life they deserved. I was lucky, I am some sort of a survivor. Well, this album may have more depth than the others. I guess I can say that. It is also a little more playful and experimental than ‘My Purple Dress’ from 2021. 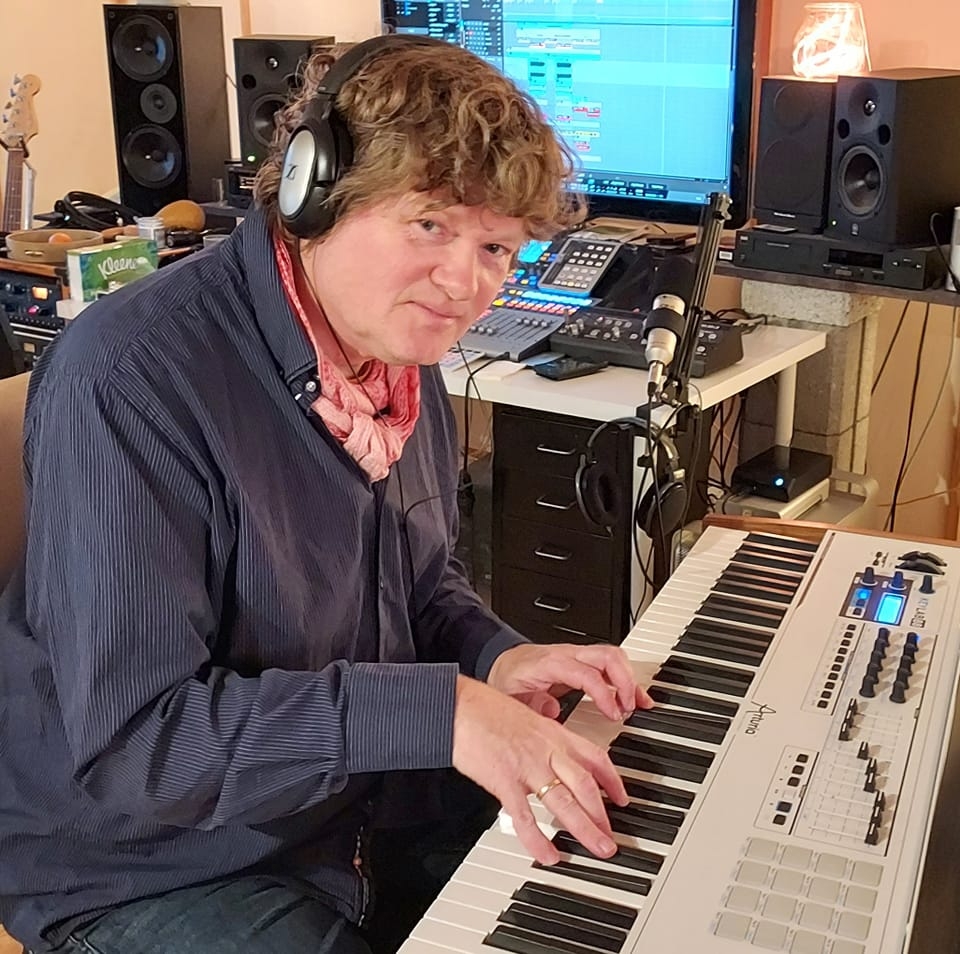 Do you think there’s a certain concept you were trying to capture?

I wasn’t really looking for a concept this time (like on ‘Bounty’, from 2005), but it seems like this album is a little more serious, existential, you might say. The big questions, our struggles: life, death, childhood, dreams, dissolution, love, anxiety… The everlasting themes, but without being too pretentious. I’m not that deep, just a little. If I sing about dead friends it is also with a strong gratitude for what they gave to me. With a sweetness. This may also have been a result of this pandemic we’ve all been into. The isolation gave me a whole lot to think about, I’m afraid.

How would you compare it to your previous album, ‘My Purple Dress’?

‘My Purple Dress’ felt a little more “easy going”. A bunch of songs worked fine together while this time it was more like having “a plan”. But it’s been done in the same studio, and also with some of the same musicians, so you’ll definitely hear that. Maybe these two recordings “belong together”, and I’m already thinking about a new one. Will this be some kind of trilogy? We’ll see. The Fredrikstad trilogy…

Are you planning to play some gigs?

I regularly do gigs here in Norway. In libraries, because I’ve made two records, ‘Det var noe som hendte en gang’ and ‘Jeg tror på stier hvor en kan gå vill’, based upon Inger Hagerups lyrics. She’s a well known Norwegian poet. I also play some of my own songs, with English text, because I think they suit the poems. The librarians like that.

What else currently occupies your life?

My wife and my son at 5. And yes, he’s also got his “own song” on this recording: ‘Little Joy’. He’s an inspiration. I also travel a lot to the forests here in Norway, often close to the Swedish border, where I usually tend to come up with new songs. Guitar playing, in nature… Me and my wife also have our own record label, Ellingsongs. We release my music and with a new release once a year plus singles we’ve got quite a lot to do. I also handle the press and social media. And I book gigs.

James Taylor got me through the lockdown, especially ‘October Road’. He’s really one of the best! I must admit that I listen to a lot of old stuff and The Everly Brothers knocked me out here, for quite a while. Fantastic singers, perfect interplay! Especially the album ‘Roots’, so not only the hits, though they, for sure, are great too! I do like Fleet Foxes, Sufjan Stevens, and Sondre Lerche, among the contemporaries. I also think everybody should listen to Ron Sexsmith, a McCartney for our time? I think he is a very, very clever songwriter. Favorite albums: Oh, there are so many: ‘Quadrophenia’ by The Who, the obvious choices like ‘Pet Sounds’, ‘Sgt. Pepper’s Lonely Hearts Club Band’, ‘The Notorious Byrd Brothers’… Donovan’s recordings from the 1960’s and 70’s… The Chilean troubadour Victor Jara, has a lot of beautiful hidden gems. At least I think he is very underappreciated here in Europe. Only known for his sad fate, unfortunately. 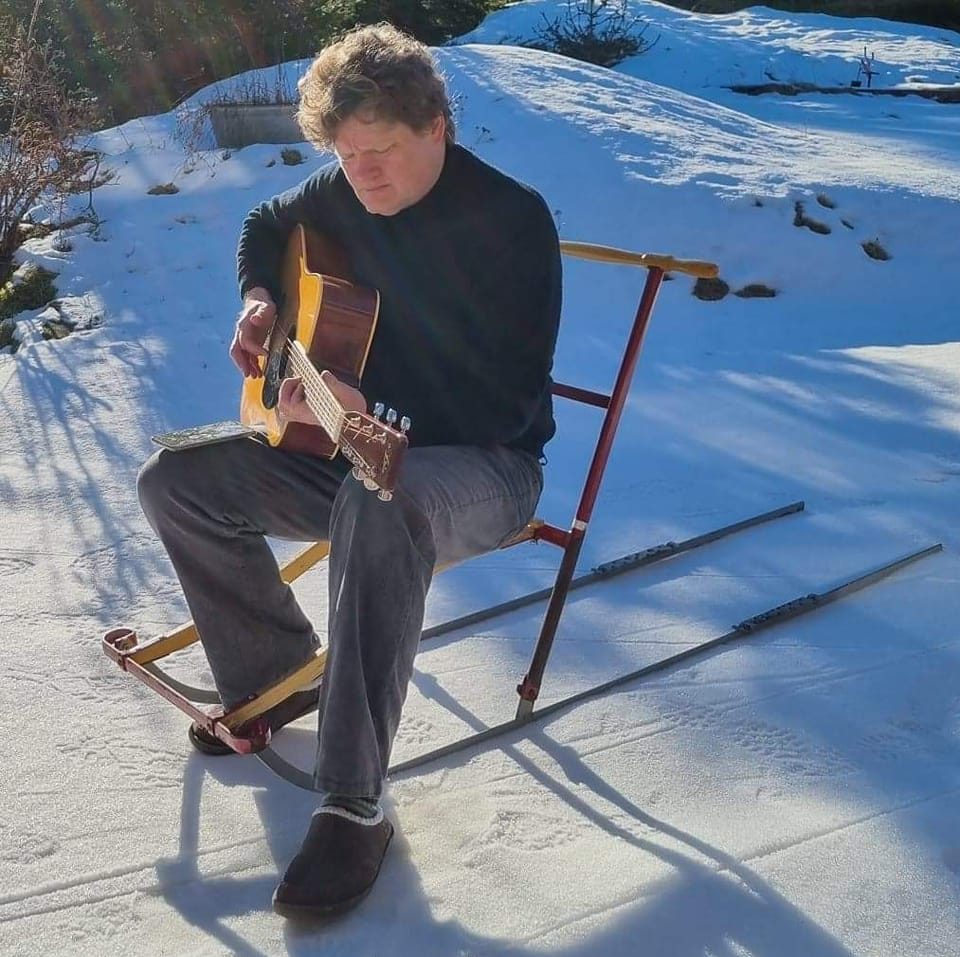 Thank you for giving me time and space on your very well-crafted music-pages. The web should look more like this.