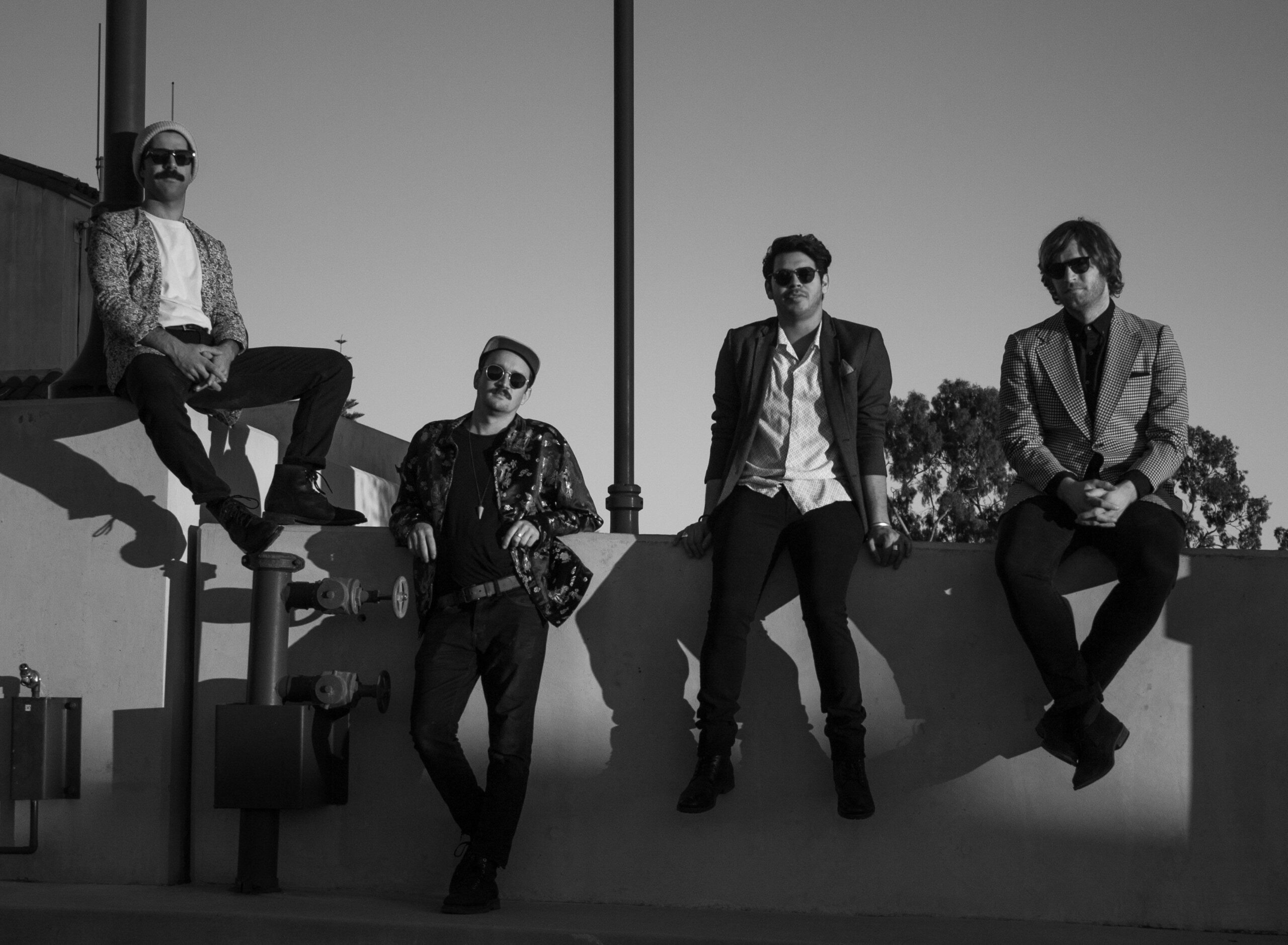 Said vocalist and songwriter Taylor Casey on their newest single: “This was the first song that I wrote during Covid. We were a couple of weeks into quarantine and I was pissed. I’m an extrovert and I couldn’t see my friends. I was stuck at home staring at a screen just to talk with them and spending too much time on social media. I decided that I needed to purposely make a change and start playing music more. I usually don’t like to write with other people around and my girlfriend was quarantined with me so I had zero alone time. I forced myself to get over it and this song popped out a day later”.

Plastic Harpoons are a band from Santa Barbara, CA whose unique styling of Indie Rock incorporates elements of Classic Rock, Americana, and Pop. The 4-piece band was started when lead vocalist and songwriter, Taylor Casey, moved back home to Santa Barbara after 3 years bouncing around Austin and NYC.

Plastic Harpoons are a band from Santa Barbara, CA whose unique styling of Indie Rock incorporates elements of Classic Rock, Americana, and Pop. The 4-piece band was started when lead vocalist and songwriter, Taylor Casey, moved back home to Santa Barbara after 3 years bouncing around Austin and NYC. He met up with lead guitarist Daniel Vasquez and the group was rounded out in 2019 with the addition of Sean Renken (Bass) and Bijan Firouzan (Drums). The laid back So-Cal Indie Rock band has a variety of influences, including Dr. Dog, Bob Dylan, The Rolling Stones, and Houndmouth.

After laying down the tracks for their debut album at Savannah Studios (LA), they were approached by Lolipop Records for a deal. The band plans to release their debut album, ‘Modern World’, on Lolipop Records in October, with monthly singles leading up to the release date. A tour is in the works for late 2022. Sometimes, a band jumps out of the speakers and you’re immediately captivated. 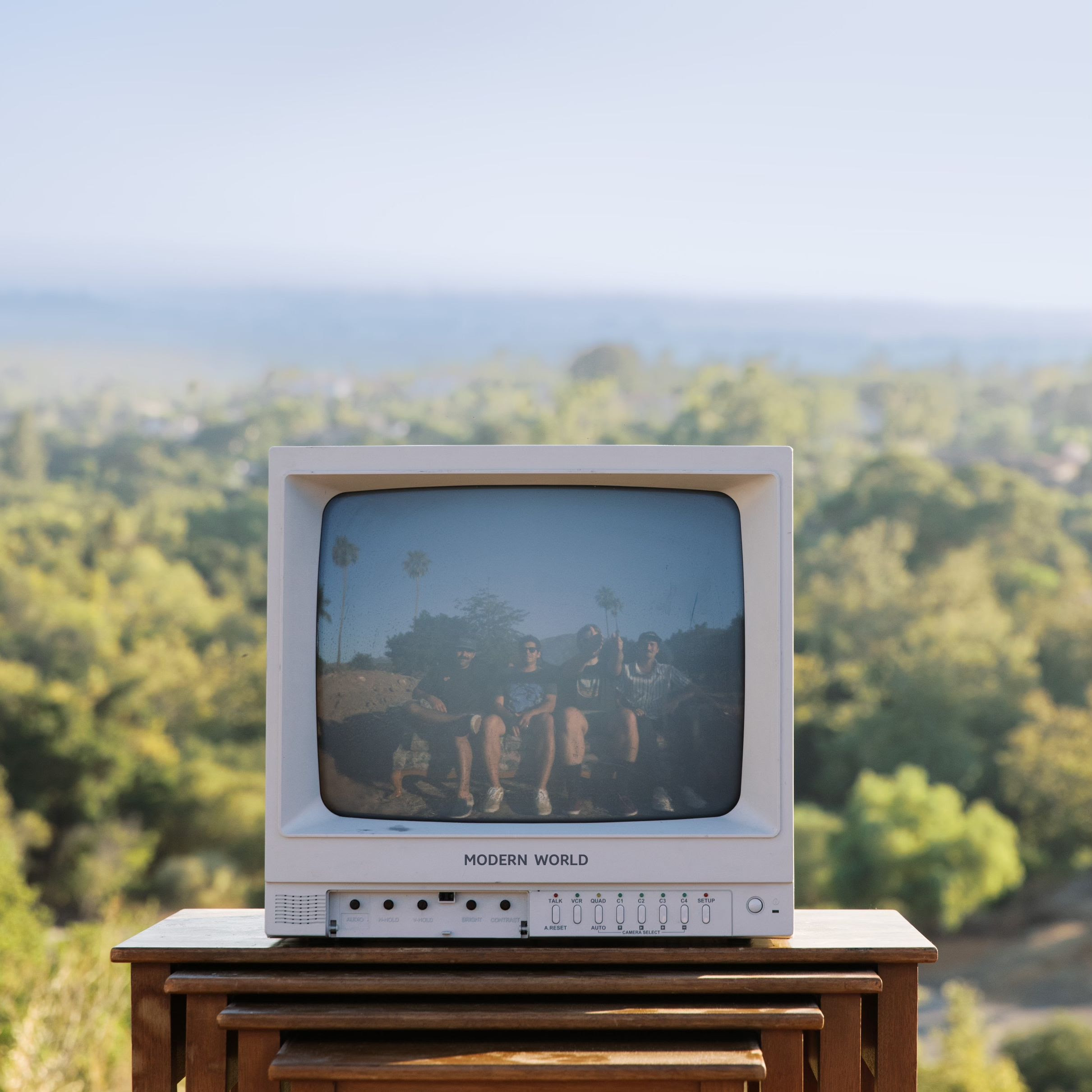 Said Bear Erickson, who mixed and mastered the band’s forthcoming album: “In times when people think the world is ending, Plastic Harpoons demonstrate that the story is just getting interesting. With vocals front and center that have something clear to say, this band brings me back to the feeling I experienced from 60s and 70s rock bands. A genuine, honest, and artful take on life and all we go through. Blending the dual guitar, keys, bass and drum kit sound of American Rock & Roll, Plastic Harpoons doesn’t just hint at places we’ve been but transports me straight back to when music sounded like humans in a room together, jamming riffs that they all enjoy. Somewhere between the no-frills, don’t bore us get to the chorus sound of Tom Petty, the thoughtful arrangements and wild solos of queen, Plastic Harpoons have made one thing clear to me. My favorite thing about bands is following their journey as they grow and explore their art, and this first release from plastic harpoons has me hooked”.