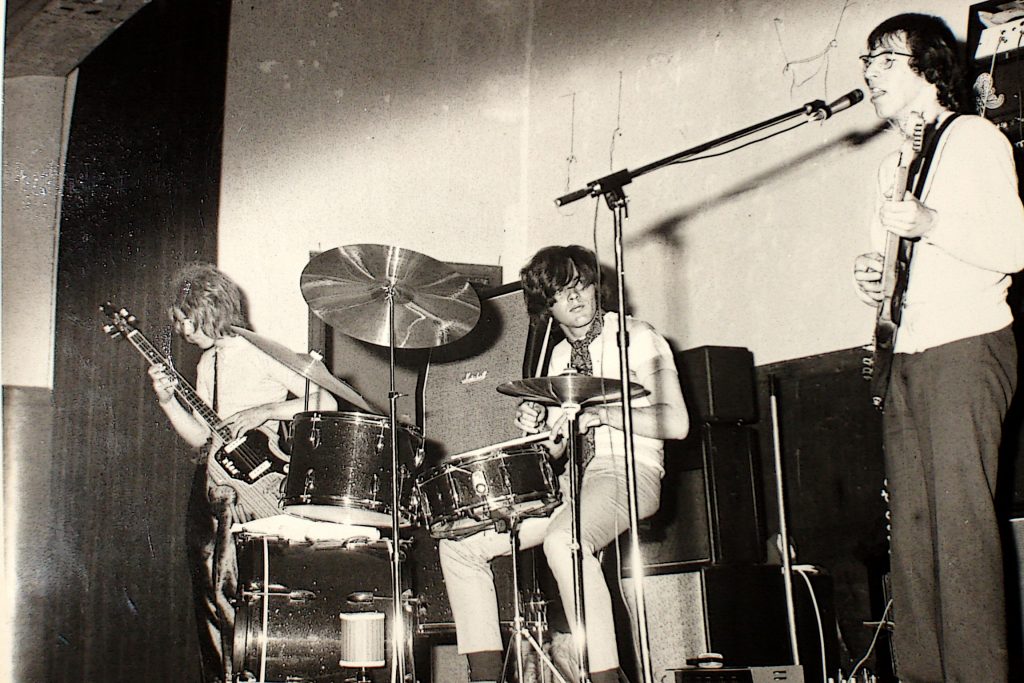 Peanut Rubble is an obscure group from Buckinghamshire, UK, that recorded their insanely heavy blues rock numbers at Radio Luxembourg Studios back in 1968.

The tracks have never been released before. Yunque Records issued the first vinyl release and has copies ready for order. 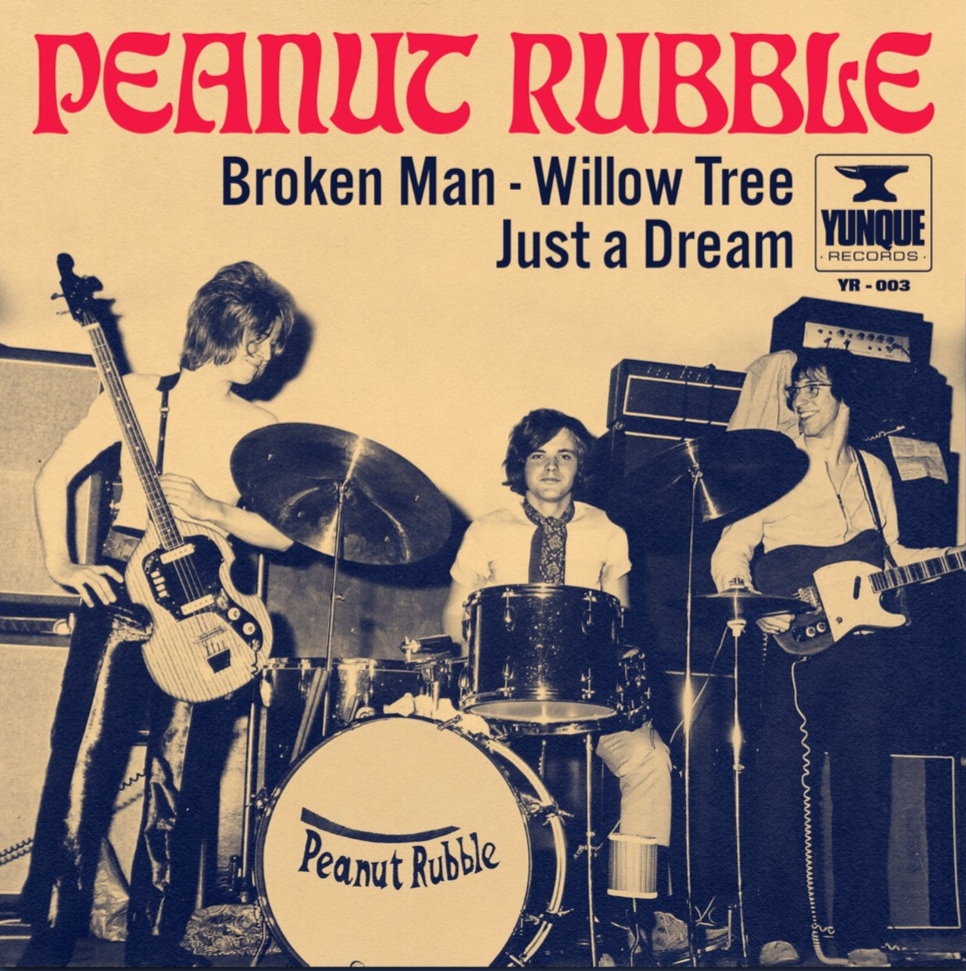 “Long hair, girls and the waft of drugs in the air”

Ian Sumerlin: I grew up in Chesham in the 50’s and early 60’s. Music was very much in my family and friends. I really enjoyed records by Elvis Presley, Bill Haley, Buddy Holly and the likes.

Ian Sumerlin: I began playing music when I was 13. I had a plastic guitar with a picture of Elvis on it

What bands were you a member of prior to the formation of Peanut Rubble?

Ian Sumerlin: I was in groups like Berkeley Beat, Twilight World and The Stack.

Ian Sumerlin: Played at school a twelve-bar blues. We played it fast. Can’t remember the title, but we were very young.

Can you elaborate on the formation of the Peanut Rubble?

Ian Sumerlin: Derik Timms lived on the same road. We started talking about bands and music when we were about 17. We got together and met Sandy Henderson (he knew Jimmy Page from The Yardbirds and Led Zeppelin). He played drums, so then we formed a band.

When and where did Peanut Rubble play their first gig? Do you remember the first song the band played? How was the band accepted by the audience?

What sort of venues did Peanut Rubble play early on? Where were they located?

Ian Sumerlin: Youth clubs parties, working men’s clubs or through local agents sometimes. We were getting louder. Too loud for some venues.

How did you decide to use the name “Peanut Rubble”?

What’s the story behind your only recordings made at Radio Luxembourg studios in 1968? What kind of equipment did you use?

Ian Sumerlin: When we knew we were going to the recording studios we thought we would try something new. Derik Timms popped over the night before. We worked out several songs. When we got there the next day we ran through them with Sandy Henderson and recorded them. It was a very good insight into recording. No more recording after this for me until I got to BBC Radio One two years later. Derik Timms knew someone in management who supplied us with new equipment that is a transit van kitted out and a recording session. Sandy Henderson had a Hayman or Ludwig drum kit. Derik Timms had either or both a Gibson and Telecaster guitar, and his amp was probably a Vox AC30. Myself a Fender Precision Bass and a Marshall stack.

Were there any other bands coming from Buckinghamshire?

Ian Sumerlin: I am sure there were other bands from Buckinghamshire like Rainbow Ffolly band and Little Free Rock.

“It moved from flower power into psychedelic shapes and colours everywhere”

You supported bands like the Pretty Things and Pink Floyd. What do you recall from the psychedelic 60s and what runs through your mind when thinking about those gigs?

Ian Sumerlin: Fantastic psychedelic light shows moving colours over everything. Long hair, girls and the waft of drugs in the air. It moved from flower power into psychedelic shapes and colours everywhere. We are hotting up now, getting louder! Getting wild. We were doing warm up gigs for the bigger bands like Genesis, Status Quo and The Crazy World of Arthur Brown. It was heavy pounding rhythms making it exciting. 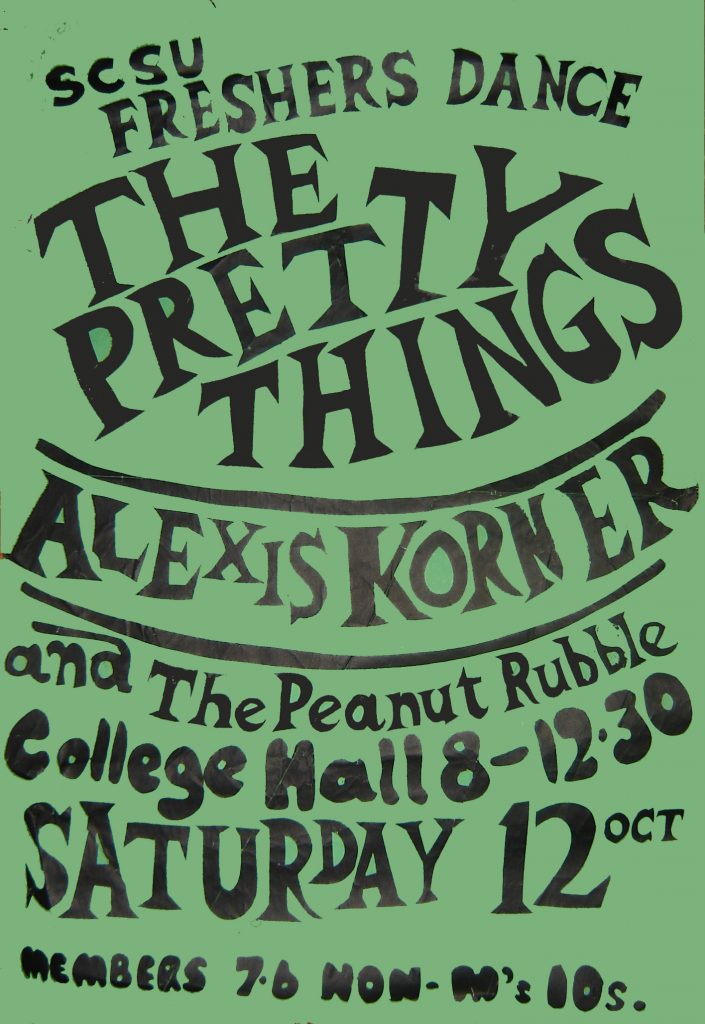 You were still active in the early 70s as Rubble. Did you have any more material?

Ian Sumerlin: There may be, I am not sure.

What kind of stuff did you play on gigs? How many originals and what covers did you perform?

Ian Sumerlin: We did about 9 or 10 of our own. We did covers of groups like The Spencer Davis Group, The Kinks, Jimi Hendrix Experience, Jeff Beck Group … We also covered R&B acts.

Ian Sumerlin: I was not part of Twiggor Brewers Droop. I do know that Derik got involved with Kiki Dee and Reg Dwight (Elton John) who happens to be a relation of mine on mymother’s side.My full name is Ian Richard Dwight Summerlin. We are the Dwight family fromChesham. I possibly could have gone with them on their first American tour but I chose a different path. I wanted to do more singing and I joined a pop harmony group with a BBC contract (Violet Brown Decision). I also played with a big band playing at the Lyceum. Radio sessions backing bands. One artist had a number one hit, Kelly Marie – ‘Feels Like I’m In Love’ (1981).

Would you like to comment on your playing technique? Give us some insights on developing your technique.

Ian Sumerlin: As I am left handed I play upside down and downside up. I play a wide range of instruments and I have stood in on bass, keyboards, drums, guitars and vocals since PeanutRubble.

Ian Sumerlin: I still work part time on architectural buildings. I am a keen gardener. I write songs. Our music group is Dwight Chesham Rock, and can be found on ReverbNation. I still play with my first group ever The Stack (formed in 1965), with the same people.

Are you excited about the upcoming Yunque Records release?

Ian Sumerlin: Yes I am excited about the record! 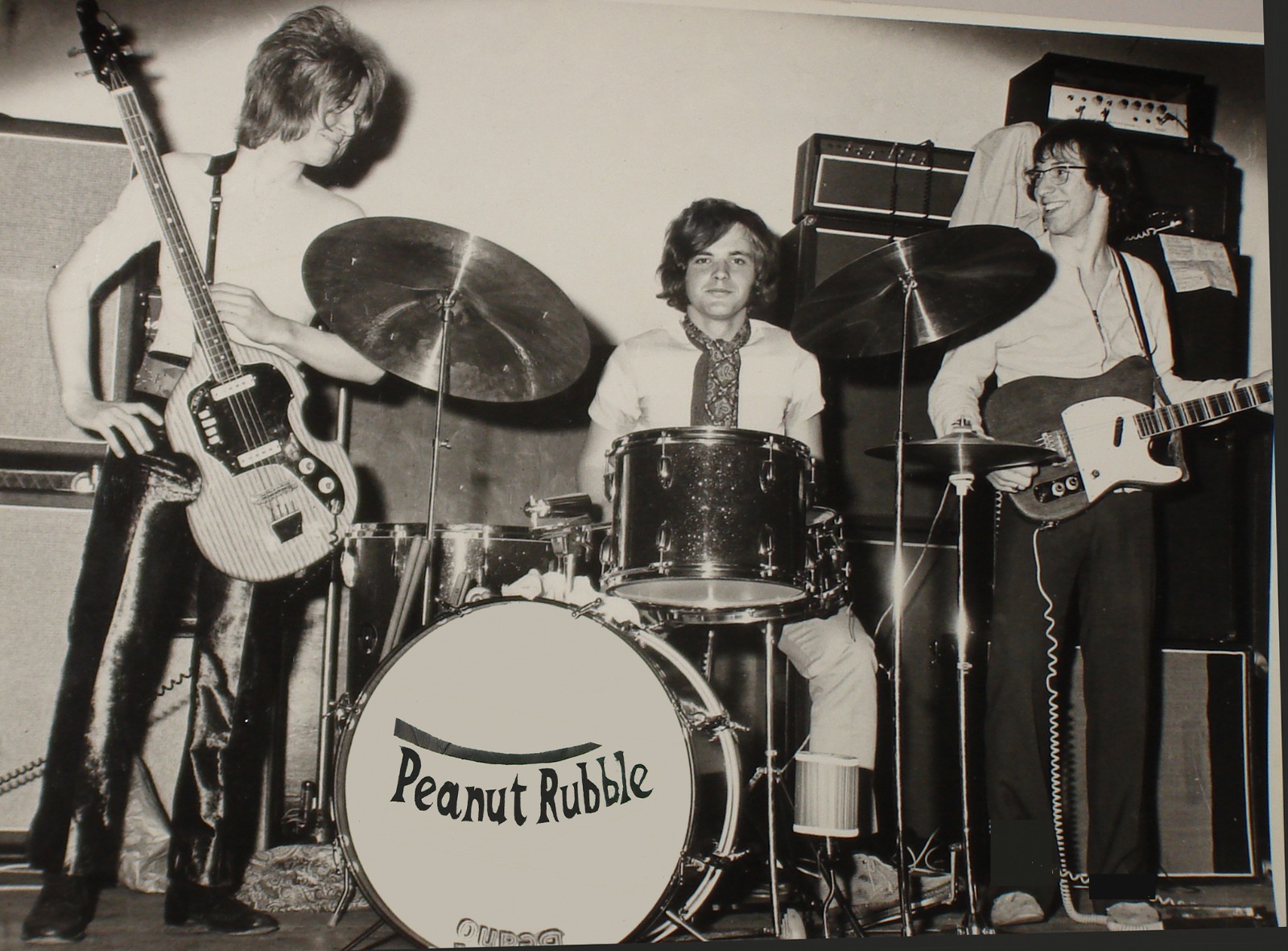 It started with rock and roll then The Beatles arrived and everybody wanted to be in a group. The only thing to say is … “YOU SHOULD HAVE BEEN THERE!!”.