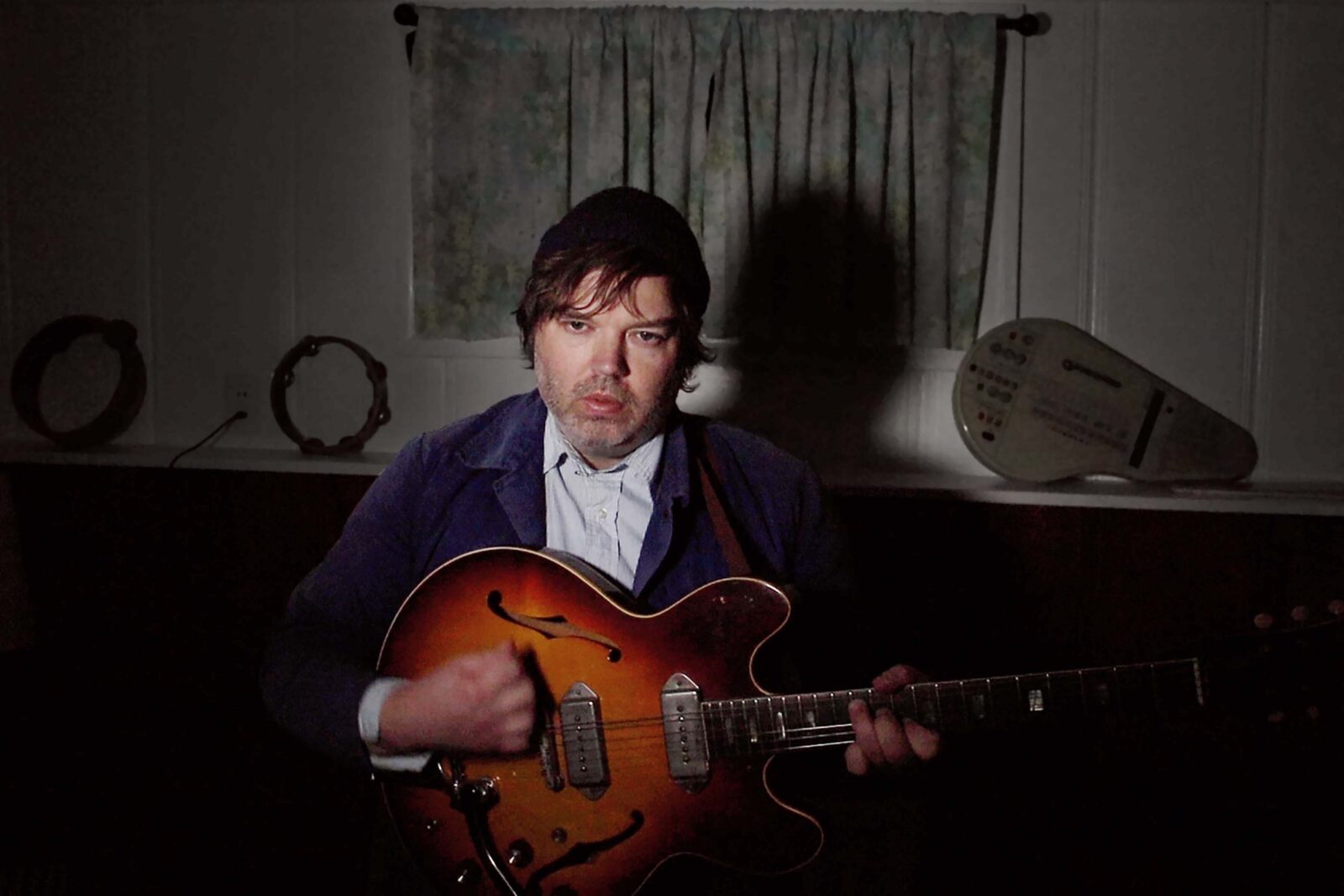 Jason Quever has been releasing timeless guitar-based dream pop as Papercuts since 2004, impervious to trends or micro genres that have come and gone around him.

Sometimes you must go backwards to figure out what lies ahead. Jason Quever’s glimmering new album ‘Past Life Regression’ is his most precise yet, mapping the soundscapes of his journey so far and introducing apparitions of the passengers joining him along the way.

In these unusual times, Papercuts’ mood of longing and recollection is testament to Jason’s resilience as a true artist and that, even after six acclaimed albums including releases for Slumberland and Sub Pop, Jason still has plenty to say, and continually finds new ways to say it.

You were on tour until recently. How was it to be back on stage after two years of struggle?

Jason Quever: It was really great to play in front of people again. The process of touring and getting it all together, especially overseas, can be a bit exhausting, but when you’re actually in front of people and it’s going well, there’s really nothing that compares to that. I made the best of isolation and immersed myself in making the album (and an EP), so I didn’t feel like it was a struggle; I tried to enjoy the forced alone time. But getting out made me realize that playing the songs in front of an audience makes them come to life in a totally different way. It’s really where you find out the durability of a song…

You have a brand new album out, ‘Past Life Regression’. Have you found the isolation creatively challenging or freeing?

I thought it was kind of freeing to not have to worry so much about time restraints, or playing with a band, rehearsing or worrying about shows, et cetera. I kind of said ok, let’s finish the basement studio and get lost. I was prepared for that situation more than some, since I can play multiple instruments, and record bands for a living. So I dove in and really enjoyed myself.

“Working at home is a really nice experience”

Would you mind sharing some insight on the latest album? Where was it recorded and how would you compare it to your previous releases?

I had maybe half the album written by the time Covid hit in March 2020. I had lived most of my adult life in San Francisco, but went to Los Angeles for a couple years (2016-2019). I missed San Francisco too much and moved back in 2019 with my partner and we got a house a little outside the city. It had an unfinished basement and I was still going to LA to record bands, and when Covid hit I used that as an excuse to move the studio to my basement and finish that space properly. I was really happy to be where I felt more at home, and have a little space to make noise. Working at home is a really nice experience, you can work any time inspiration hits, and the studio turned out very good. I was lucky that I had some momentum already before quarantine, I think it would have felt much heavier if I had to start from scratch. But I had a bit of an idea to immerse myself working on new sounds, recording multiple versions of songs, and recording a bunch of songs that never came out. I felt free, like a mad scientist alone in the basement, not worrying what I was going to release, or when to stick my head out into the world. At the end of it all I edited it down to an album that made sense to me. 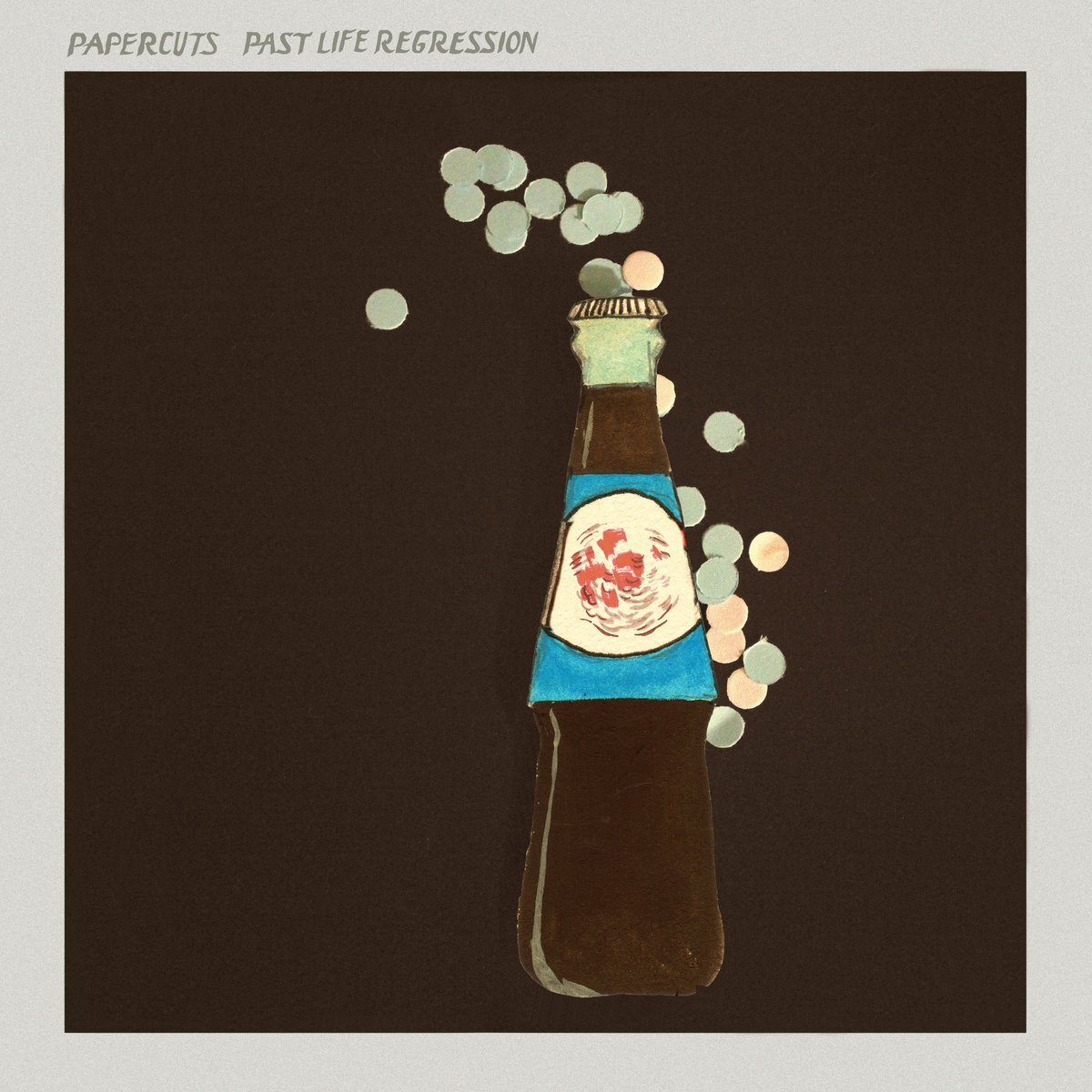 I have learned that having good lyrics that you can get behind feels extra important in front of people. It makes you want to enunciate, be heard, or hide if you’re not proud of it. I think that’s where you find if a song will sink or swim, in your own heart at least. I also find that having a nice variety of feelings, tempos, moods and keys really pays off live, you can feel people get bored if a couple songs in a row don’t really have a strong identity on their own…

I have a couple main guitars, one is a 60’s Gibson 330 that I bought in 2016. It is truly a joy to play, and I got it for cheap at Future Music in LA. It feels so woody and warm, there’s nothing like it. Unfortunately the vintage stuff has gone crazy lately, and taking it on tour became not worth the risk of destroying an irreplaceable guitar. So I actually got a newer Epiphone Casino and put a Bigsby on it, which is essentially the same guitar but cheaper. The other guitar I use a lot is a Vox teardrop. I inherited this guitar, and didn’t use it for a long time. It just sat in my studio. But as I started messing with it I realized that there is something magical about the cheapness of this thing. It is sort of the opposite of a nice Gibson, the uniqueness of the sound either falls very flat and doesn’t work at all, or it finds a perfect place to live on the track. I’ve always had a certain fondness for cheaper, non-popular electric guitars for this reason, they can avoid feeling like a cliche rock sound. The problem is that a lot of them can be really hard to play! As far as pedals, I have a couple basic boss reverb and delay pedals, and I really love this Empress Superdelay that has a ton of interesting sounds in it. I also love the Diamond vibrato pedal, for amazing pitch bend vibrato like none other.

I like to record really rushed, messy sounding demos first. This way I know that I like the song and the lyrics, and have a good sense of how it could work with the drums et cetera. But it’s really important to leave a lot of space for inspiration, mistakes, and random accidents to shape the final track as well. I never like to just re-create a demo as is, it takes all the fun away. If a demo is too perfect or thought out, it really kills the joy of the proper recording for me, as the fun is in starting a song on 2” 16 track tape, and seeing how far you can push things, and what inspiration will hit.

At the moment I’ve been pretty obsessed with Echo and the Bunnymen ‘Ocean Rain’, I think most of Bowie’s 70’s albums are perfect, The Beatles ‘White Album’ is always my bible, Broadcast ‘Haha Sound’ and Tender Buttons were huge for me. The latest Aldous Harding record is pretty fantastic, and Cate Lebon’s ‘Mug Museum’ is pretty much perfect. The one Sybil Baier album is the most hauntingly perfect folk album I’ve heard, and the first three Silver Jews albums are masterpieces.

Thank you so much for your support. I was thinking today about what a labor of love most is for most people involved with independent music. It’s pretty hard to get ahead, but we keep at it because it’s in our spirit to do so, and even if it’s being taken advantage of by devaluing what we do, we still pour our souls into our beloved art form.