Leipzig, Germany-based experimental group Flying Moon In Space will release their second album, ‘ZWEI’, on June 24th. Due out via Fuzz Club Records and preceded by UK and EU tour dates through Spring/Summer, the latest album from the six-piece will arrive off the back of their highly-praised and sold-out self-titled debut album and a recent remix 12″ that featured reworkings of tracks from the S/T album courtesy of kindred spirits Xiu Xiu, Suuns, A Place To Bury Strangers, Minami Deutsch, Camera and Warm Graves.

On their previous album, Flying Moon In Space honed in an improv-driven approach to their art that, when committed to wax, resulted in a maximalist, shape-shifting melting pot of psych-pop, krautrock, techno and math-rock. This approach, however, was an extension of their live shows: huge, improvised performances that were known to last hours at a time. As they began work on the album’s follow-up whilst the world shut down around them, it’s of little surprise that the resulting ‘ZWEI’ LP sees Flying Moon In Space change course (but get no less creative with it.) 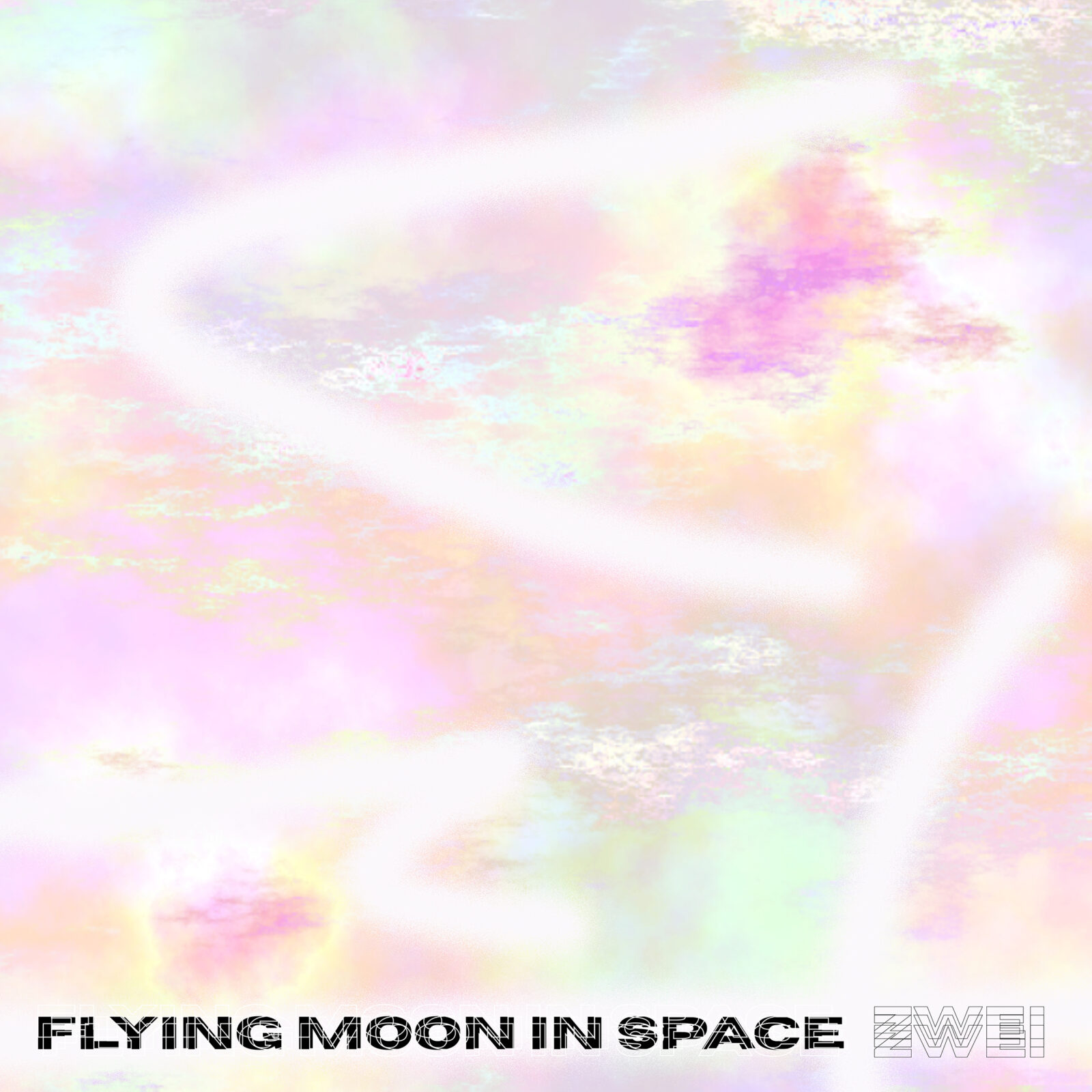 “Just like many other artists we used the time without concerts for a creative process,” Henrik Rohde recalls: “This started digitally at first. We used a concept that everyone has actually known since childhood – a game we call ‘Stille Post’ here. You whisper something in someone’s ear and after a while the content has evolved into something new. We started a circle and each of us got a different tone, recorded a single line each, set a tempo and let go until we received a complete track. This was actually the starting point of ZWEI”. Coming out of lockdown with an album’s worth of demos as a result, the band decamped to an old church deep in the forests of Czech Republic and took the new ideas with them.

“We lived there all together for 3 weeks last summer and recorded our second album. It was the perfect atmosphere to bring these ideas to life”, they reflect: “Musically it turned out to be somehow something completely new to us as we usually develop our ideas out of improvised sets we play live. As a result ‘ZWEI’ has a more structured, poppy side compared to our debut, even though soundwise we opened up to more experimental layers – using synthesisers for the first time, as well as loops and field recordings of the church and surrounding forest. I guess generally you can say that the process behind this LP was manifold – testing out personal and aesthetic borders, and carrying on our idea of what Flying Moon In Space can be sonically”.

The racing krautrock jams, the sort that yearn to be experienced in some sweaty underground venue, are very much still there – only even more densely layered and peppered with newfound electronic embellishments that transport the songs to even more stratospheric heights. Tracks like ‘Traum Für Alle’ and ‘The Day The Sun Was Made’ ride a motorik pulse at breakneck speeds beneath Atom Park’s distinct, screeching vocals and a reverb-soaked triple-guitar assault. The influence of their home country’s Kosmische musical past – Klaus Schulze, Tangerine Dream, NEU! and Can are all name-checked as amongst the band’s key influences – still courses through ‘ZWEI’, but to call this a krautrock record would be an injustice.

‘This Exists’, for example, is a piece of club-ready techno-pop that – in terms of both its heavy 4/4 beat and Parks’ constantly-changing vocal – feels more sensual and hedonistic than psychedelic and mind-expanding. The mesmerising instrumental ‘Power’, on the other hand, is almost melancholic as it draws the line between fragmented electronic soundscapes and hypnagogic pop. Then there are tracks like ‘Optimist’, ‘Ill Ill Ill’ and ‘Prophet’ which burrow themselves into your head as they build into more upbeat and festival-ready psychedelic anthems a la MGMT, The Flaming Lips and Unknown Mortal Orchestra.

If their self-titled debut contained what one reviewer called a “fearless commitment to experimentalism and an entrancing shape-shifting quality”, then ‘ZWEI’ sees Flying Moon In Space double-down on that spirit. Shifting their creative approach as the world-crisis demanded, Atom Parks (vocals), Henrik Rohde (guitar), Valentin Bringmann (guitar/synth), Sascha Neubert (bass), guitar/synth), Sebastian Derksen (guitar/synth) and Timo Lexau (drums) came out the other side with a record that’s still rooted in a motorik, far-reaching experimentalism but unafraid of exploring newfound pop sensibilities.