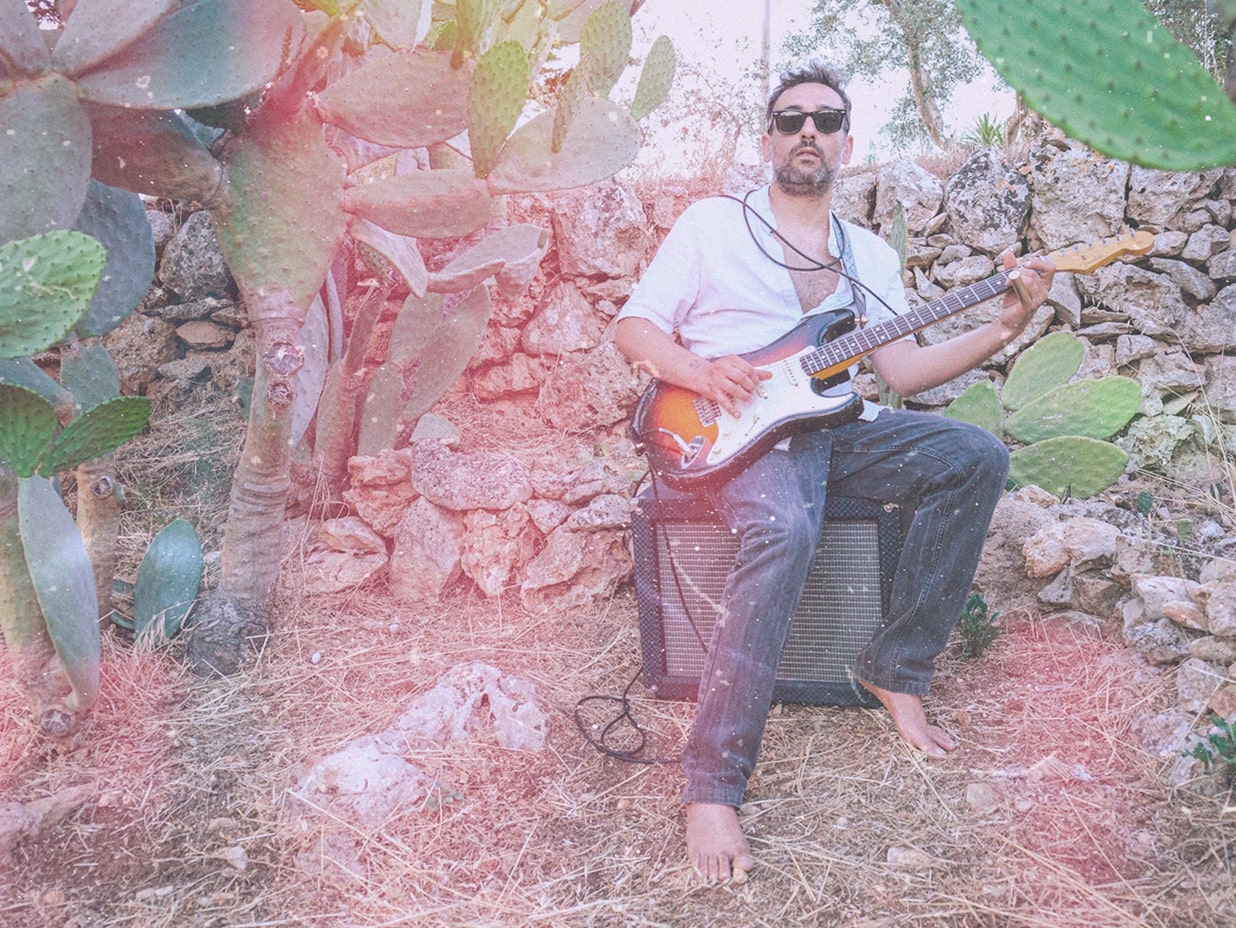 Exclusive video premiere of ‘Kissmonger’ by Sebastiano Lillo, taken from the upcoming EP, ‘New Way To Live’, out July 4th via Truletto Records.

Sebastiano Lillo is a guitarist and music producer from the southern Italian region of Apulia, born in Monopoli (BA) in 1985. Influenced by American roots music, especially blues, he has developed a playing style characterized by fingerstyle technique and use of the slide. His sound has developed into something instantly recognizable – contaminated by blues, country, jazz and world music, he has become one of the most popular and sought after slide and fingerpicking guitarists in Italy.

Sebastiano Lillo’s new EP, out on July 4th, shouts a new artistic identity out that has already started with the release of the two singles ‘Faulty Boy’ and ‘Tons of Lies’.

Slide and blues, both key words of his music up to now, blend with fuzz and rock, giving birth to original sounds which highlight a new filthy, hybrid and sometimes hypnotic style. The solo and acoustic performance allows a full band playing and a highly electric sound which stands out the vocal feature.

The album opens with the title track ‘New Way To Live’ with its familiar bluesy structure and sound mixed with a really rock approach. Synthesizers guide towards a new dimension, represented by ‘I Saw You In a Mirror’, a song influenced by the psychedelic 1960s, that leaves Sebastiano’s old style through a sound that is sometimes hallucinogenic and unpredictable. ‘Kissmonger’, the only instrumental composition of the EP, moves into a floating and desert mood, which resembles the cover of the album, with an obsessive, lost and almost alternative riff, which melts into the groove of the last track ‘Back To The Lake’.