Exclusive premiere of ‘I’m Not There’ / ‘And Your Bird Can Sing’ by El Goodo guitarist and songwriter Pixy Jones, taken from the upcoming debut album, ‘Bits n Bobs’, out September 16th via Strangetown Records.

The swaggering ‘I’m Not There’ is the first single to be taken from ‘Bits n Bobs’ accompanied by a magical version of Beatles track ‘And Your Bird Can Sing’ as its B side, which will be released digitally on Friday 1st of July.

Pixy had this to say about the release:
The album was originally intended as a solo project under the pseudonym of “Wallace Russell”. I recorded it alongside the recording of Zombie (El Goodo) whenever I could get in the studio. There are some really old songs that have always been overlooked for ‘El Goodo’ albums for one reason or another, a few new ones which I wrote specifically for this, and a couple that would have probably ended up on the intended double album version of Zombie if we’d kept going with the double album idea. I’ve since ditched the ‘Wallace Russell’ name and gone back to ‘Pixy Jones’ as I figured there’s no need to have a pseudonym if nobody knows who you are in the first place. Even though I dropped the name I’ve kept the walrus mask for now as it is more photogenic than my actual face. 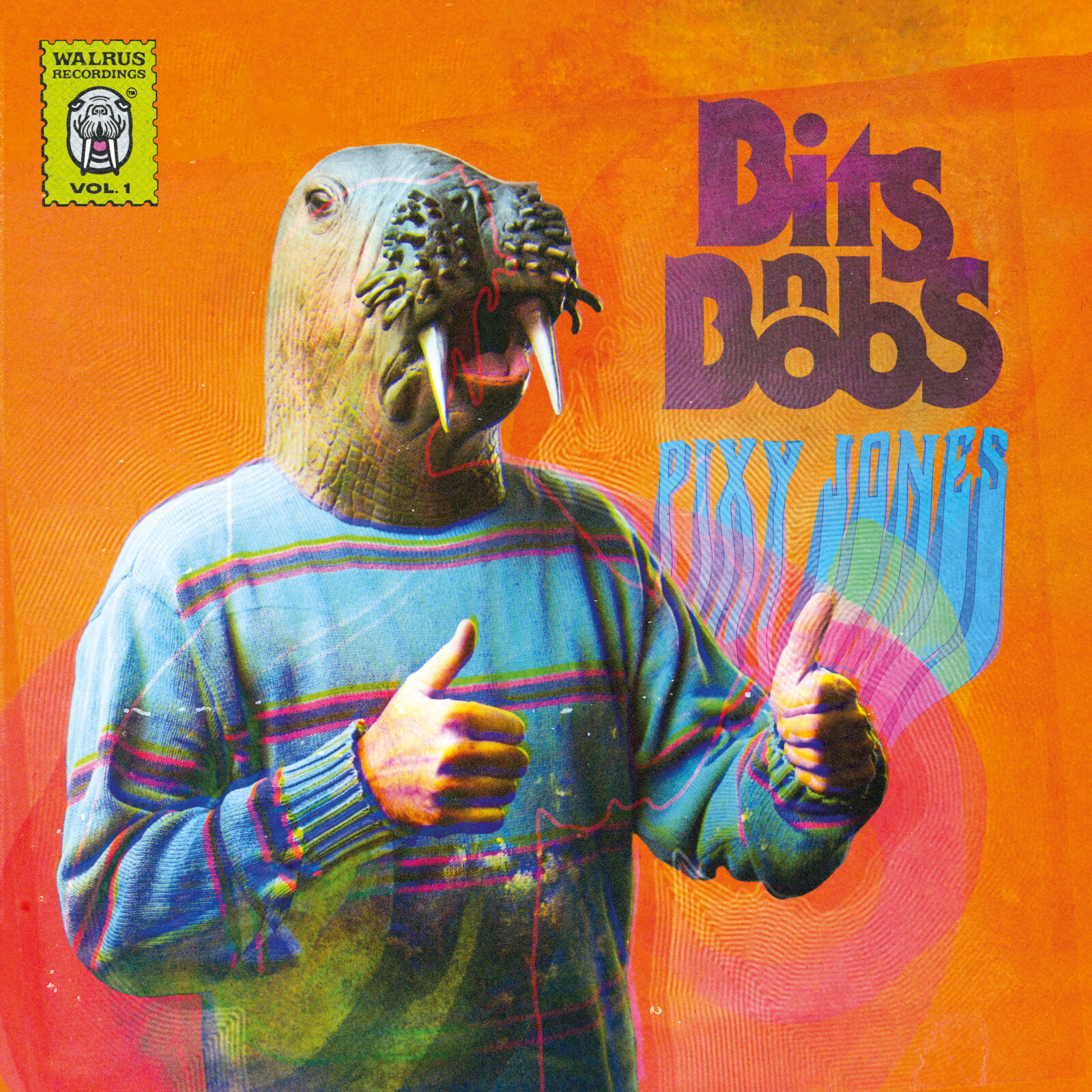 I had no recording budget so I had to fund it by quitting smoking and saving the money up to pay for studio time. It took, I think, two and a half years to record, which is by far the quickest I’ve ever recorded an album. Would have been quicker too if it wasn’t for Covid!

Originally I wanted it to just be a quickly recorded slap dash and get it out sort of thing but I had a year and a half during Covid to think about it a bit more and ended up taking more care to get it done properly. It was just me there so I played most of it myself apart from Stephen Black (Sweet Baboo) who played brass and woodwind on one song and Rhodri Brooks (AhGeeBe) played some pedal steel on a couple.

Elliott and Canny from El Goodo played drums and bass on Wind Street during the Zombie recording sessions.

The album was recorded and mixed in Aerial Studios with Tim Lewis, (Thighpaulsandra), a couple of songs were finished in the house during the lockdowns.