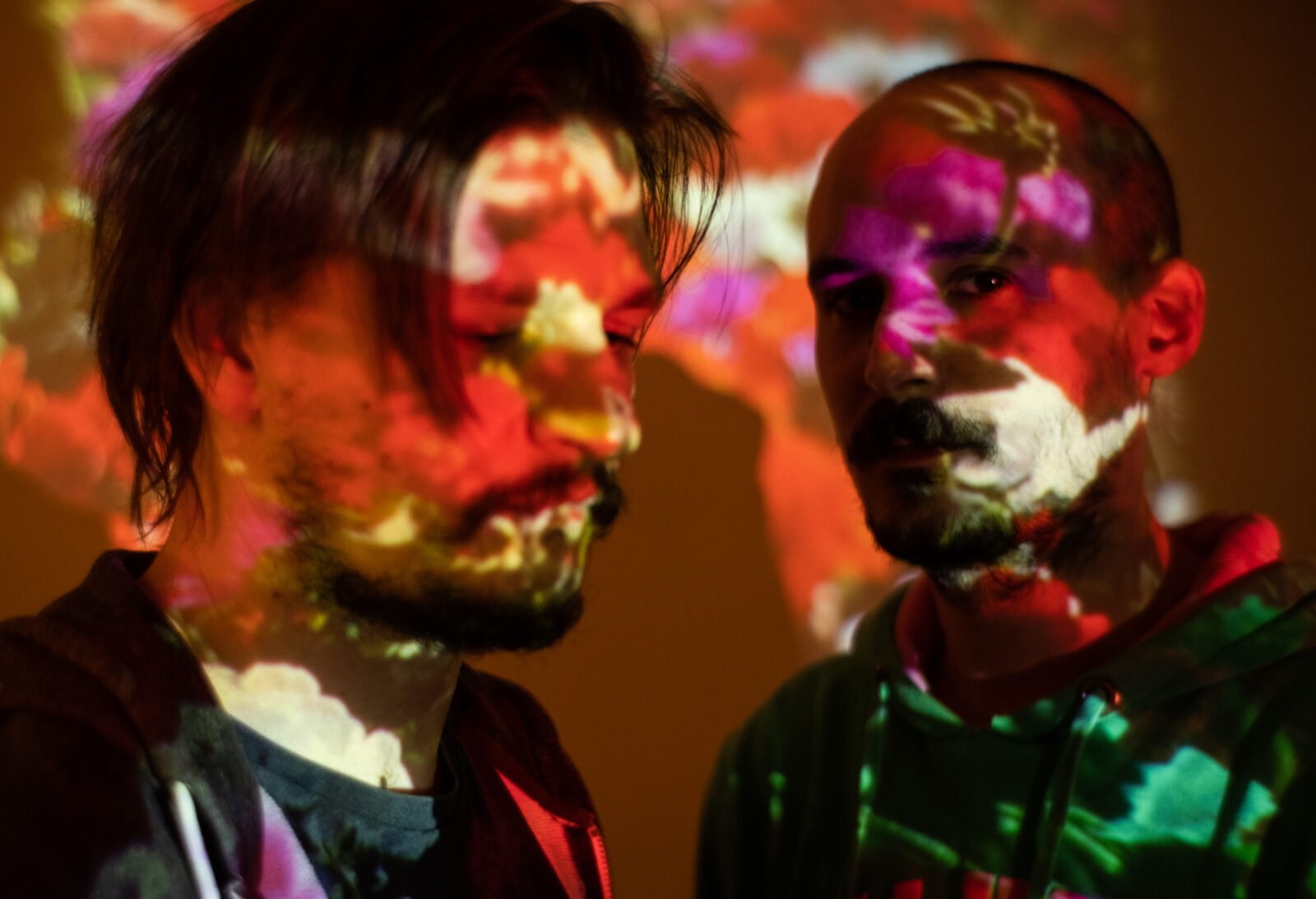 Equipe de Foot is a French Rock duo made up of two singer-songwriters who record pop songs and play them much louder live in concert. Two musicians with stories to tell and an expansive imagination when it comes to turning life into music.

Since their formation in 2015, Alex & Mike have played hundreds of gigs, from the sweaty basements of their hometown of Bordeaux to the stages of nationally renowned festivals and European venues. Over the years they have become part of the exciting new wave of French rock, right beside bands like Lysitrata or Johnny Mafia.

For new album ‘Geranium’, the duo chose to work with producer and sound engineer (and fellow Beatles fan) Johannes Buff (Thurston Moore, Lee Ranaldo, The Drones, Dalek and at Shorebreaker studio in Tarnos, France. A meaningful choice in technical and artistic terms, Johannes was able to blend the wall of guitars-sound that is associated with Equipe de Foot as well as reaching the emotional heart at the centre of each song. The result is a glorious blend of powerful ballads and lo-fi anthems that never loses the charming, homemade vibe of their beloved demos. Every song has a unique twist, be it a pitched loop on a chorus or an autotuned solo trumpet at the end of a sad piano song. ‘Geranium’ shifts constantly, with Alex and Mike regularly switching places to sing or play the organs, the piano or whatever instrument they’re obsessed with at the moment (usually a flute).

Addressing grown-up themes with a child-like approach, this third album sees Alex and Mike toying with the thin line that separates irony and depression, though constantly keeping smiles on their faces – be they sincere, melancholic, or just sad.

Equipe de Foot’s first two full-length albums explored profound and sometimes dark themes. Death, cultural and familial legacy (for ‘Marilou’ in 2019 was named after Alex’s yet-to-be conceived daughter) and break-ups were all addressed in turn. The real difference with ‘Geranium’ lies in the songwriting and their creative choices in terms of production. Instead of hiding behind huge walls of distortion, they now proudly dance in front of them. Following in the footsteps of Eels and Sparklehorse, Equipe de Foot are finding their flaws to be their greatest strengths – bringing their love for English and American indie pop music and production to the forefront in their songs. 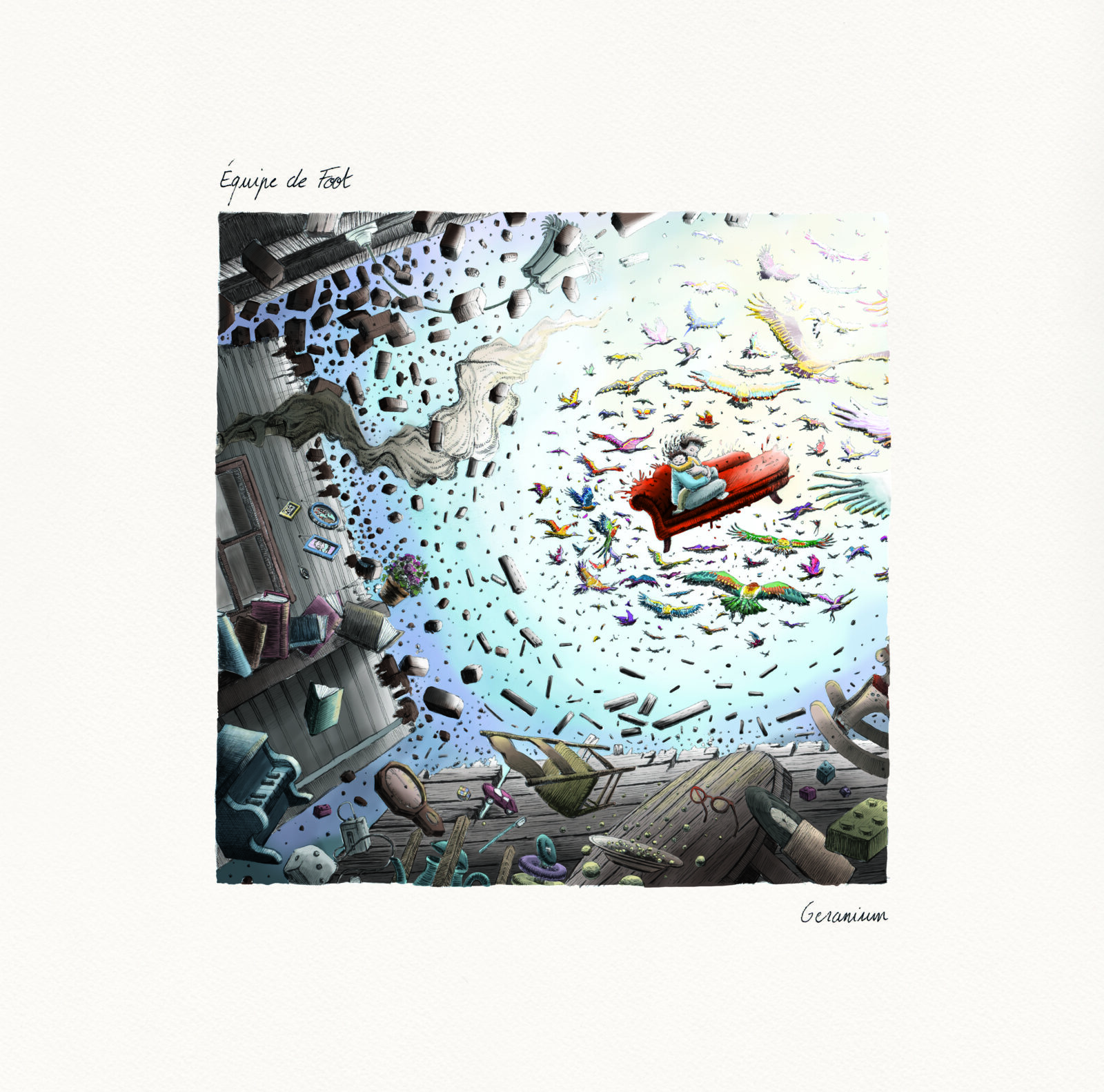 The Equipe de Foot live show is like a bulldozer in a china shop. The sound swallows everything in sight: it raises you up, crushes you back down and then raises you up again. The duo’s powerful live act brings people together for an emotional and unforgettable experience.

Primarily based on a need to exorcise a break-up and make the walls around them shake, the duo has come a long way from their emotionally charged beginnings and found a more playful side to them. While still very much enjoying the cathartic explosion of playing loud anthems and harmonizing their screams in desperate love songs, they’re adding a brand-new layer to their cake by experimenting a lot more and taking liberties with the confines of genre.