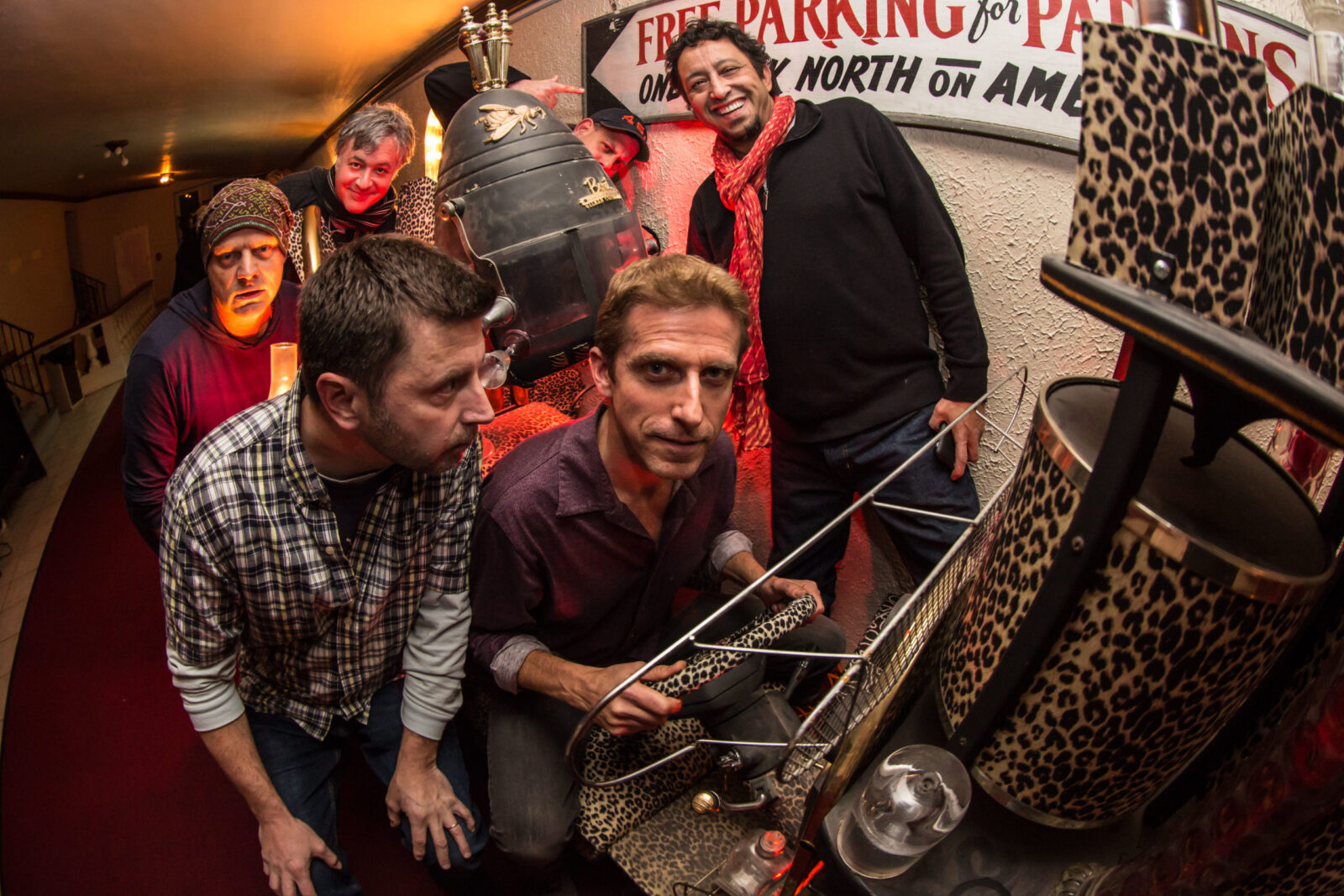 The electric bands of Miles Davis have long been a major source of inspiration for Club d’Elf, and never has it been more explicit than on the band’s new album ‘You Never Know’. His 1969 album ‘In a Silent Way’ in particular is referenced, with covers of Joe Zawinul’s eponymous song, and Miles’ ‘It’s About That Time’. Leader Mike Rivard’s original ‘Dark Fish’ pays homage to the Agharta band of 1973-74, with a raw, sinewy melody that the band returns to in between ferocious solos by trumpeter Phil Grenadier, guitarist David Fiuczynski and John Medeski (first on mellotron, then wurli). Tabla and turntables weave through the burbling mix, given a visual interpretation via the claymation video by director Matthew Watkins. The animation captures the psychedelic quality of the track, with its narrative of a tripping fish running into shady characters on the wrong side of town.

This latest studio effort is a double album that was inspired by Rivard’s near death experience while in Peru seeking spiritual awakening where he became ill with a pulmonary embolism. With downtime on his hands during his recovery, Rivard re-committed himself to a lifelong pursuit of listening and studying gnawa, a form of Moroccan/West African trance music which is believed to have ancient healing powers. Slowly recuperating after several months, he assembled the members of Club d’Elf to record. The gnawa influence figures heavily in the resulting album.

‘You Never Know’ is a thick, vibrant double album: the sound of musicians in full improvisational flight. Yet, for Mike Rivard, head Elf and sole constant member over the group’s 24 year run, the meaning of the album runs deeper than just the chase of an alchemic group-mind.

A few years back, while tracking spiritual insight in the deep-Amazon, Rivard began experiencing terrifying heart palpitations, breathing difficulties and paralyzing anxiety. Initially, he assumed the symptoms were part of his awakening process, but it quickly became clear something else was at work.

Back in Boston, Rivard was diagnosed with a pulmonary embolism, likely caused by a blood clot which developed during one of his long flights to Peru. A lifelong devotee of Eastern and holistic medicine, Rivard found himself mired in the sterility and sluggishness of the American healthcare system, struggling with PTSD and cloaked in a severe depression. His life skidded to a halt.

“A lot of people find out about having a pulmonary embolism by dying”, Rivard says. “After the trauma in the jungle as I slipped further and further into the darkness, one of the scariest parts was how things I loved lost all meaning, the pleasure just drained away. It was this sense of sliding into an alternate universe of shadow”. 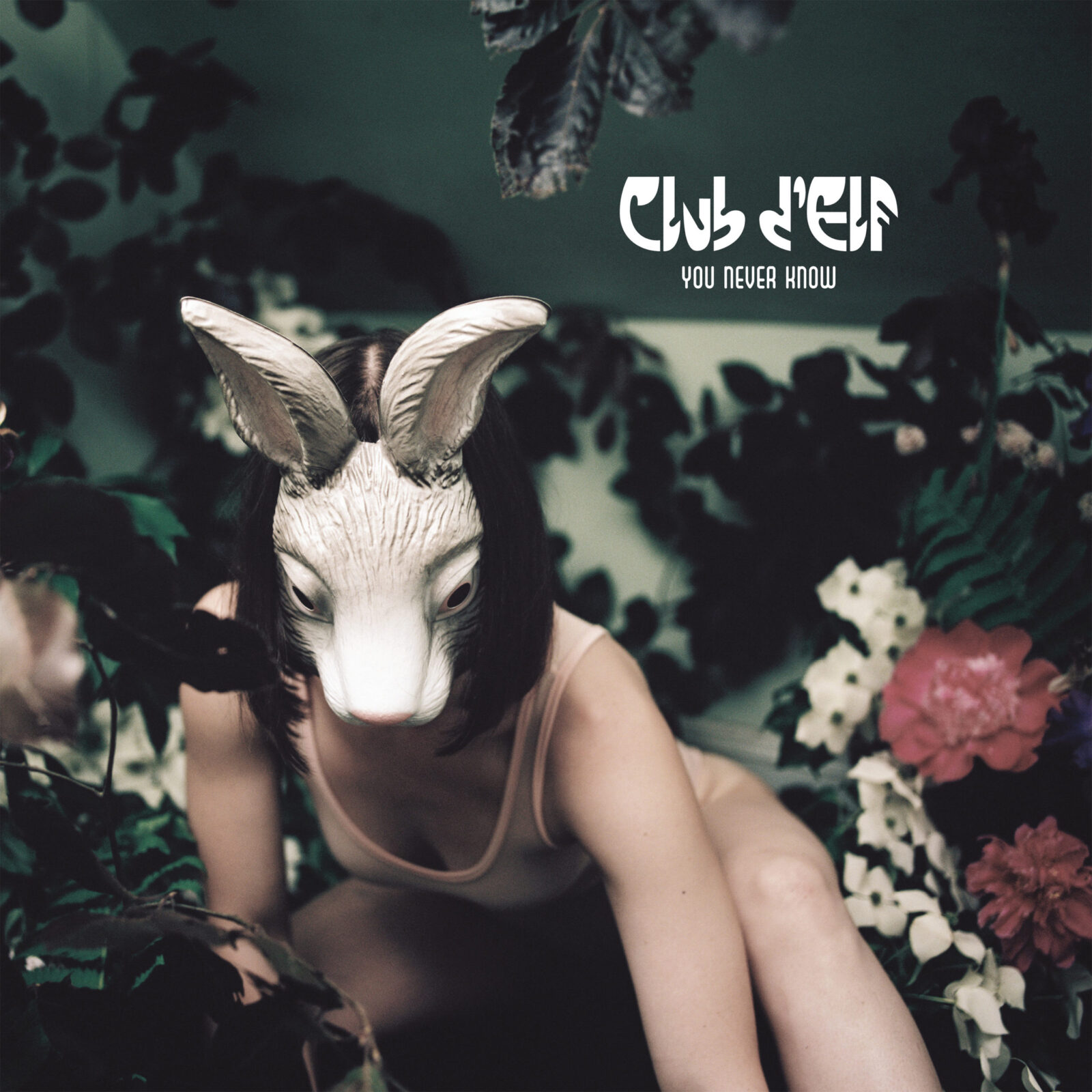 Change, and eventually, redemption came via the unifying force of gnawa, a North African trance music known for causing time to slip as players and listeners enter into a liminal space of eternity and possibility.

Rivard had long been inspired by gnawa, having purchased his first sintir, a three-stringed bass lute, in 2000. Now, however, he decided to rigorously apply himself to learning the traditions of the music, studying the form and phrases, memorizing note-perfect plays through Moroccan numbers and using its promise of transcendence via repetition to chisel away at the darkness enveloping him. Unlearning his jazz background, he put his attention towards absorbing traditional approaches to the music.

“Trance music provides a portal into the eternal, the timeless realm”, Rivard continues. “Whether it’s Fela Kuti, James Brown, Talking Heads’ ‘Remain in Light’ or gnawa, the key element is repetition. What makes conveying the true essence of trance music challenging in this age of short attention spans and eyes glued to devices is that it happens over time, when the brain settles into a slower frequency. Learning to do that as a musician, for me at least, has meant confronting issues such as ‘Who am I? What is my place in the universe? And what is eternal?’”.

The resulting You Never Know offers gnawa refracted through a prism of contemporary psychedelia—Morocco turned technicolor. Over an hour and 15 minutes, the record unfurls upon kaleidoscopic clouds of spiced smoke, shifting from chopped dub-jazz through trance epics that reimagine Boston as a city of bazaars.

From the loping jazz-funk crawl of ‘Boney Oscar Stomp’ through ‘Now Open Your Eyes’, the dawn-light ballad which acts as the emotional center of the album, the band fires forward, shifting on a dime from slabs of solarized riffing to droning African rhythms. On ‘Dark Fish’ they shoot electric-fusion jazz with turntablism breaks, while ‘Golden Hour’ rides swells of organ into an eternal sunset.

Half of the album consists of originals inspired by Rivard’s experience and the sounds that saved him, and half covers of influences which have shaped the band’s musical universe: Miles Davis, Frank Zappa, Joe Zawinul, Nass El Ghiwane, as well as, gnawa and Sufi folk songs.

On the Miles/Zawinul ‘In A Silent Way / It’s About That Time,’ the band flavors the original’s sublime ambience with a chugging Moroccan chaabi rhythm, culminating in a storm of fretwork from Fiuczynski. Sufi traditional ‘Dervish Dance’ slips pools of deep bass and psychedelic crackle beneath Fribgane’s oud soloing. And on the album’s longest track—an 11-minute take of Zappa’s ‘King Kong’—the band fire on all cylinders, blending classic rock with chaabi shuffle, dubbed out and deepened, shifting from hand drum breakdowns through crests of organ-steeped funk.

In the studio, Rivard ceded the spotlight to the collective, allowing for free-play and improvisational dexterity.

“It’s kind of like driving a tour bus and stopping at various interesting destinations, pulling the bus over and letting everyone off, and then it’s up to them, the musicians, to find their way into the experience, to create the music together, in the moment”, he says. “Every voice is heard, is equally important, and can drive the music into places that I never would have envisioned on my own. That’s what really excites me; when I let go of the reins and the collective energy of the ensemble reaches a sort of hive mind state, and the spirits guide us”.

Through it all rides the trance, pulsing, calming, poking open the mystic truths which may just offer us all the hope of brighter days ahead.