Multi-award-winning tenor saxophonist and composer, Binker Golding, has recently released a much anticipated second solo album ‘Dream Like A Dogwood Wild Boy’, out via Gearbox Records.

This new material marks Golding’s first solo material since releasing his critically acclaimed debut album ‘Abstractions Of Reality Past And Incredible Feathers’ (2019). Outside of his solo work he is known for co-leading Binker & Moses with Moses Boyd; his duo work with Elliot Galvin; and his trio work with John Edwards & Steve Noble. The new album finds Golding moving towards a new sound that incorporates elements of blues, heart-land rock and Americana while remaining firmly rooted in the jazz idiom. The songs explore themes of manhood, father and son relationships, friendship, love and sex, reflection, drinking, escapism, death, masculinity, and resilience.

“I reflect, but I don’t take breaks”

It’s nice to have you. You recently released a new album, ‘Dream Like a Dogwood Wild Boy’. Are you excited about it? How was it to work on it?

Binker Golding: Yes, I’m always excited about a release and getting work out into the world. The more exciting part for me though is actually making the record and bringing the music to life with the musicians in the studio. Once it’s all recorded, mixed and I’ve worked out what the artwork should be, I’m ready to move onto making the next one. I reflect, but I don’t take breaks.

You lost your father and stepfather during the past two years, that must have had a big impact on the record you were making?

It had somewhat of an impact on this album, although I didn’t intend for that to be the case when I started writing the music. Certain aspects of my relationship with my father started to surface as I wrote the music and as a result there are a number of moments on the album that have to do with this. There is also a song on the album which reminded me of both of them, so I named it after them so to speak. But as I say, none of this was intended when I started working on it, it just happened. I don’t believe in trying to control art in that way. I believe in letting whatever happens happen. That way you get a more honest result.

Were they musicians or music lovers in general?

Neither of them were musicians, but my father was an intense admirer of music. He had a broad knowledge of jazz, classical music and also musicals. I learnt a lot from him, especially in my younger years. He took me to many concerts and he also worked in show business when he was young so had some insights. 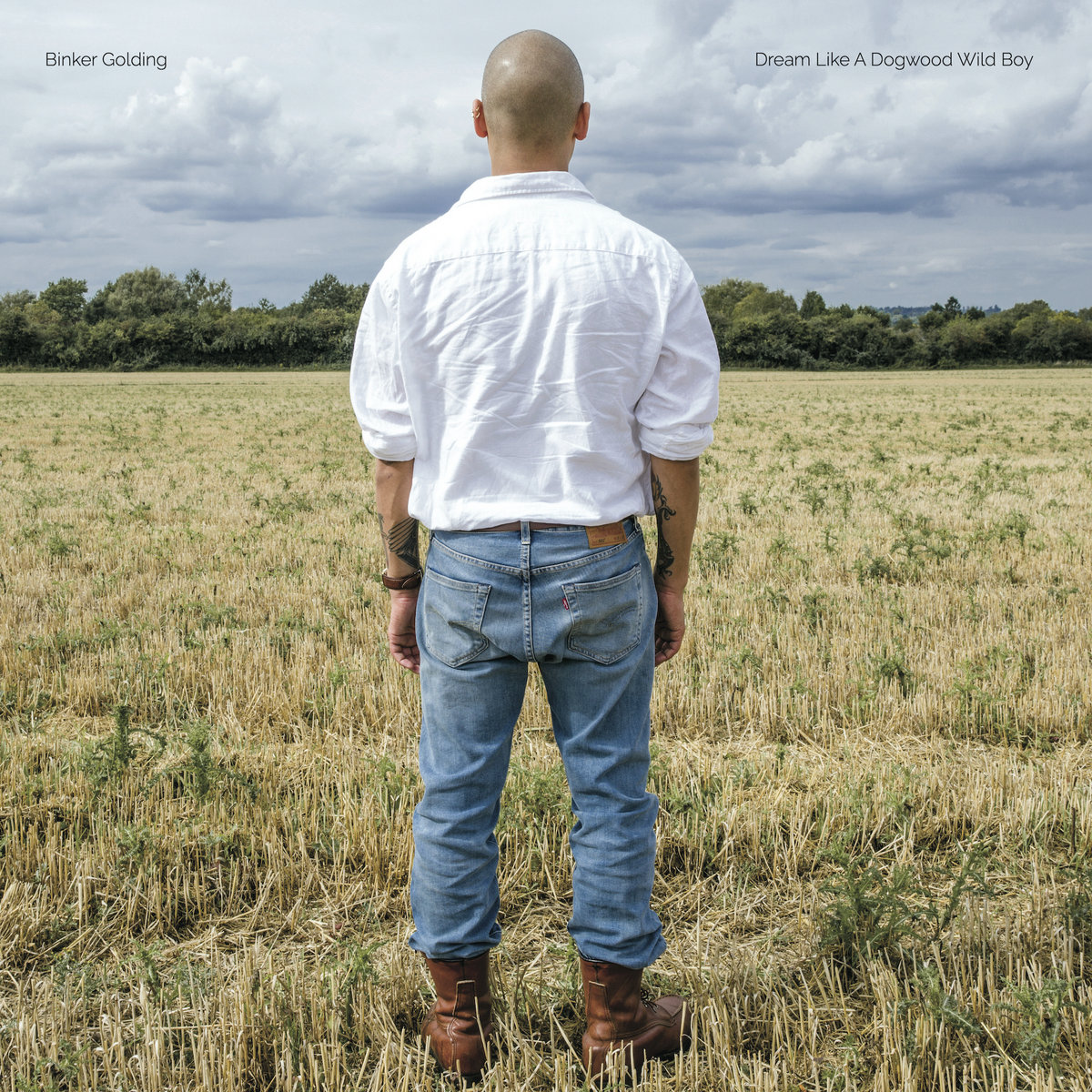 What was the lineup of musicians that recorded it? What was the writing and arranging process like?

The musicians and instruments involved were Billy Adamson on guitar, Daniel Casimir on double bass, Sarah Tandy on piano, Sam Jones on drums and myself on tenor saxophone. I composed and arranged all the music which is usual for me. I write constantly so writing isn’t a seasonal thing for me. I don’t think to myself “I better write a new album”. I simply look back at the music I’ve written since the last one and think to myself what songs would work best together as an album. I believe in albums being narrow in musical range. When I listen to an album, I put it on because it creates a mood. I don’t want to hear a large variety of what the artist can do. This is why I can’t stand “best of” records or playlists. I think most of the best albums ever made in any genre are narrow. So, when it comes to making a record, I deliberately pick songs that are similar in sensibility. Then perhaps I’ll fine tune or re-write various aspects of the songs in order not to make the album too repetitive.

Your music is packed with various influences. Is it difficult to transcend genres into one reality that makes sense?

For me, if it feels difficult I usually find that’s because it’s not really working and I’m trying to force something. In that case I’ll start again and try to get something to be a bit more natural. So, for the most part, borrowing ideas from different genres isn’t too hard for me. It comes from a natural, honest place. As for making sense, overall, I don’t think music makes sense anyway, so I’m not so worried about that.

If you mean, in regards to my saxophone technique; the vast majority of it has come from working through the common books which professional saxophonists work from. For example, “The 158 exercises” and “Top tones”, both by Sigurd Rascher. I also work through a lot of Bach violin sonatas and partitas for technical development. There are a million other things I’ve done though. In regards to writing technique; I completed a lot of counterpoint exercises in my student years. I would say all of my compositional work has been heavily guided by this, even though there are rarely any contrapuntal moments in my compositions at present. Counterpoint exercises are actually about a lot more than just writing counterpoint. They’re about commanding a melody line. I also did all of the common harmony exercises in my student years. It was a very classical training.

How about your previous release ‘Abstractions Of Reality Past And Incredible Feathers ’‎? How would you compare it to your latest release and what do you think is the main difference?

I’m still very proud of ‘Abstractions’, but I think ‘Dogwood’ is a better record. With ‘Abstractions’ I was aiming at a broader range of compositions and a deliberately simpler, calmer soling style. This was to contrast with my soloing with Binker & Moses. Although I’m proud of the compositions on ‘Abstractions’, I think they were a bit too broad as a collection. There are also one or two pieces on there that I wish I’d written quite differently, or taken out altogether and replaced. I think ‘Dogwood’ is a much better thought-out, natural record. It has far more of a focused feel to it because of the limited range of the songs. I also much prefer my soloing on ‘Dogwood’. I wasn’t thinking about contrasting the soloing with anything I did in the past and that worked a lot better for me. I also learnt a lot about production from the first record and I went into ‘Dogwood’ feeling a lot wiser than before. I also think ‘Dogwood’ is a lot more personal than ‘Abstractions’. It’s a lot more mature.

How do you usually approach music making? What’s your creative process?

I just work constantly. My process is simply getting out of bed and getting to the music room and working. I don’t need anything else. I don’t need to go on walks or swim to find ideas or inspiration. When it comes to writing I just write what I feel. When it comes to practicing, that’s even more straightforward, it just requires more physical energy.

Yes, influences have changed through the years. In my early 20’s I had a quartet and it was far more influenced by straight ahead jazz and that alone. Now, I tend to incorporate more of my musical feelings into what I’m doing. As one of my musical heroes, Karlheinz Stockhausen said “that would only be half the world”, if one didn’t incorporate these aspects and I want the whole world in my music. I’m not sure what’s influenced me the most. Probably partners I’ve had over the years. I think the relationships I’ve had have probably shaped me the most when I look back on them.

It’s probably the most important thing for me after my family and friends.

I’m still very much working with Moses Boyd in Binker & Moses and I also work regularly in a trio with John Edwards & Steve Noble. From time to time there are always a few other musical tasks I have to do.

Would you like to talk about your project with Elliot Galvin (‘Ex Nihilo’, 2019)?

Well, the simplest thing to say is it’s always a joy to work with Elliot and we work together and see each other quite regularly. I’ll be doing some things with his quartet this year and we also have some other bits to do together. ‘Ex Nihilo’ was a very enjoyable record to make. We get along very well both socially and musically so it’s easy for us to work together.

How was it to work with Olie Brice, Henry Kaiser, N. O. Moore and Eddie Prévost on ‘The Secret Handshake With Danger (Vol. One)’?

It was a very quick process from my side. I came in, played my parts and that was it. I’m quite quick. I simply listened to what the band was doing and did what I always do which is ask myself “do I have a valid contribution to make”.

Is Vol. Two in the making?

As far as I know, there isn’t a volume two planned.