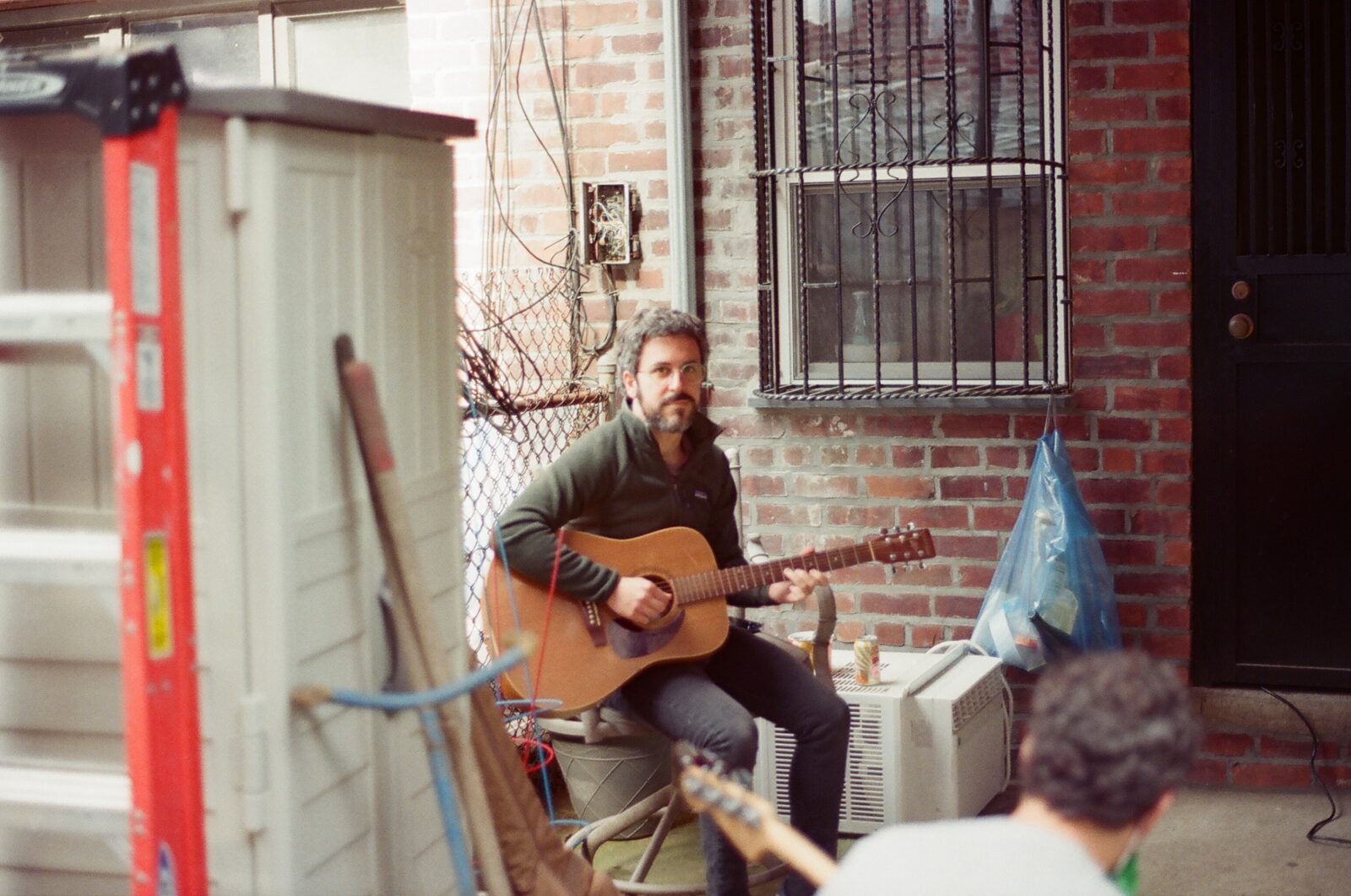 Banjo can do a lot of things we haven’t heard before, and Lindauer makes this known throughout the album tracks. He called in favors from pals over the last year, including Julian Reid (JuJu Exchange) on the backwards-banjo-hooked ‘Hallways’, and rapper Siul Hughes on the remix of ‘Playground’ that closes the track list. Lindauer subverts expectations of his instrument as tastefully as Kevin Parker disguising his guitars on ‘Innerspeaker’. It is not presented for the sake of showing it can be done, but rather because the banjo is needed to get the timbres just right to pull the heart and mind in new directions.

Lindauer’s other main project, Myrna, is an indie rock trio formed around his lyrical songs, shared and co-written with his mates Luke Allen and Jon Carrelli. Myrna booked a slew of gigs in Brooklyn prior to COVID, including an album release show at Union Pool on a Saturday night last January and the Rockaway Music Festival. The majority of gigs had to be indefinitely postponed. A second LP was recorded, masked all the while, in their old family house in South Brooklyn.

“The banjo is arguably one of the most versatile instruments”

Matt Lindauer: Thanks for having me. I guess the short answer is that I’d been playing guitar in a variety of styles since I was a kid – delta blues, rock, jazz, classical – and fell in love with the sound of banjo in college. I was then involved in jazz and Latin music, but very much a rock musician playing in bands, and then bluegrass and progressive bluegrass hit me very hard. I later got very into actually playing banjo at a regular jam session with Roger Sprung, a real innovator on the instrument who everyone should know. He was immensely generous and welcoming, and I learned a lot of early stuff just from watching and playing along with him, and listening to tons of records, of course.

The banjo is arguably one of the most versatile instruments there is. It can sound like a lute, an electric guitar, or a drum. It can produce dulcet tones, or percussive, trebly little bouncing hammers. With it you can carry the rhythm or generate rich harmonic melodies. What’s really interesting is that you can do all of these things in the context of one phrase, and drop these diverse elements in and out over time. That in a nutshell is what makes banjo so special to me. Perhaps I have the zeal of a convert.

You have several releases out, but let’s talk about your most recent, ‘Moon Shop’. What did you mean with “Moon shop”?

I think I mostly went for word sounds on this one. It felt right, a bit like “moon shot” but not serious.

You know, the moon is often taken to foretell what is going to happen whether you like it or not. So shopping for moons seems like a kind of wild thing to consider. What moon would you hang in your night sky? What type of moon do you want when you’re going out tonight?

You found the time in the lockdown quite creative. How did you approach album making?

I think the fact that we spent the early pandemic between our home in Brooklyn and the mountains near Denver, Colorado visiting family pushed me to carry around a pared down setup – a banjo, iPad, and Shure usb microphone. My friend Luke (Allen) has used the iPad for synth and drum machines in our band, Myrna, and I wanted to take a crack at some of these amazing apps that he had been using. For instance, AudioKit Synth One is just mind-blowing – an open source, free, pro-level synth with a huge array of sounds and features. There’s something so democratic about what’s going on in iPad music right now.

Having kids also probably had a big impact. New things in your life give you new feelings to reflect on, and new ways of looking at your past. I think to be a parent you have to try and sort out things that you might have carried around for a long time. That’s true when you’re in a healthy relationship, too. By getting past some things, I felt more able to access myself, surrounded by love, and that opening up is often very creative and productive. 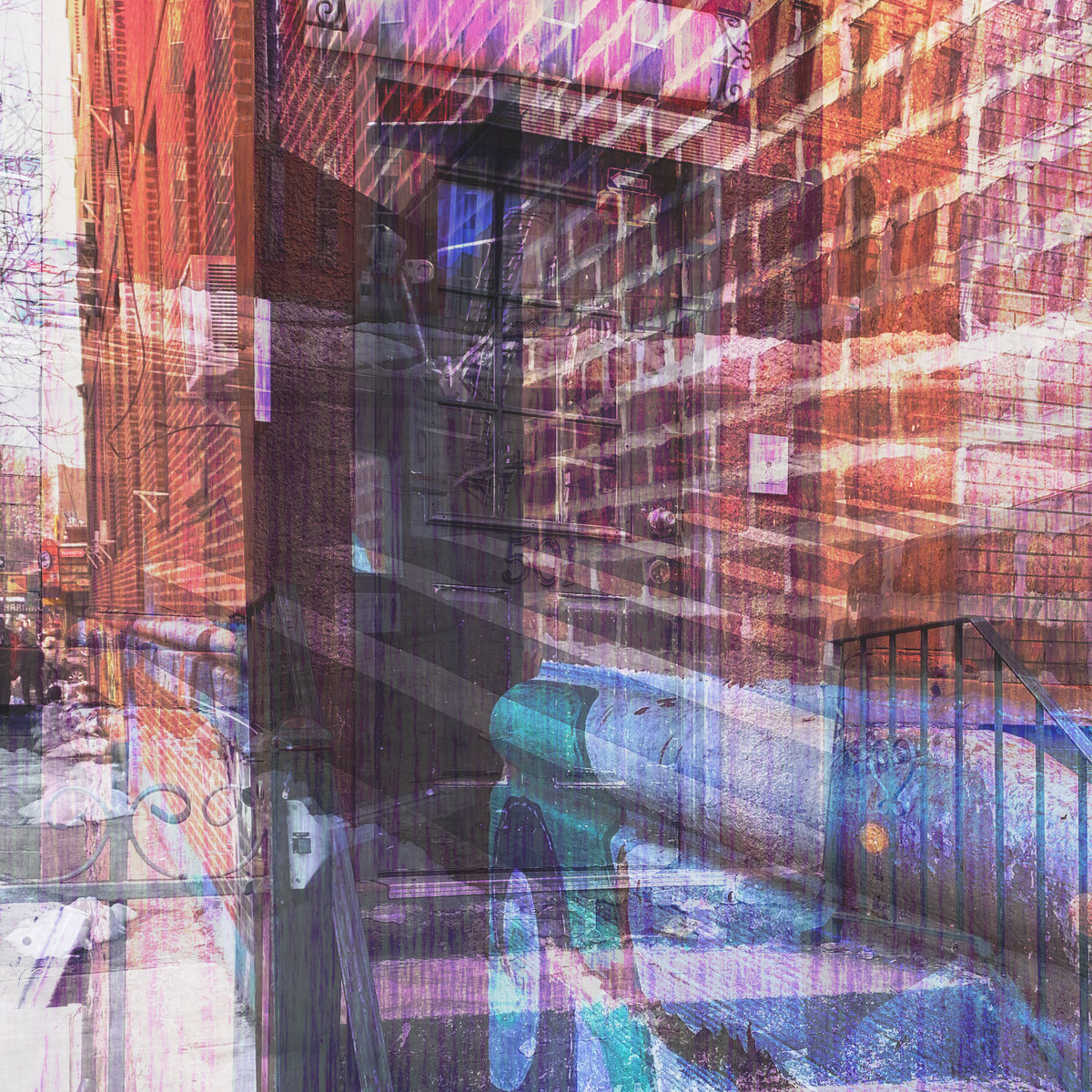 Who all was part of the album?

My two bandmates from Myrna, a dream-pop indie rock trio, played big roles. Jon (Carrelli) is my cousin and, besides being a truly wonderful human, has an encyclopedic knowledge of music…he also has immense feel and some of the best musical instincts I’ve ever encountered. Jon played bass on many tracks. Luke (Allen) is someone with a really unique range of skills as a singer, guitarist, pianist, and producer…it’s kind of staggering. In addition to lead guitar on ‘Have It’, he also helped mix and did the mastering for ‘Moon Shop’. I feel super grateful for them.

On the first track ‘Hallways’, Julian Reid, my old bandmate from banjo-key-drum group Sugarbat played synth (his band is The JuJuExchange). Julian is a truly stellar player, and our friendship is very solid and distinctive in my life. Siul Hughes rapped on the last track on the record, the remix of ‘Playground’. I met him in New Haven and we did a collaboration on one of his tracks back in those days. He’s someone I respect immensely and always know I can count on to make great new work and also to bring something unique and brilliant to a project.

You’re also very active in Myrna, an indie rock trio. Would you like to elaborate on the formation of the group?

Yes, so as I mentioned Jon and I are cousins. Luke and I had met and started writing songs after being set up by our wives, who are both philosophy professors (I also am one). We began just jamming and then started trading songs, and quickly wrote a bunch of stuff, including while I was working in Australia. When I moved back to New York we were like “this is a good start, and we need someone to complete it”. We gathered at Jon’s grandma’s house in Brooklyn and it all took off. We named our first album “1049” after the address of that house, where we made those first and most later Myrna recordings. 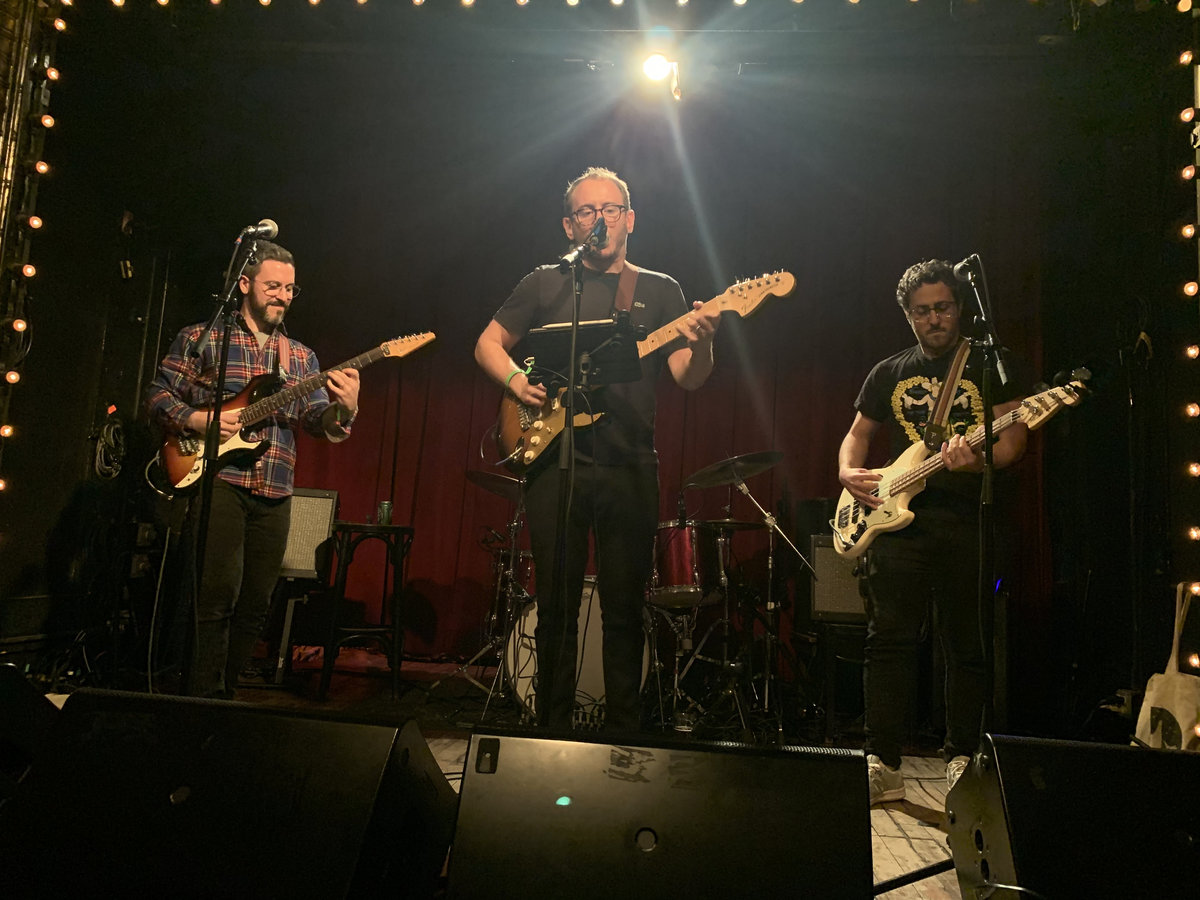 Would you like to talk about the latest Myrna albums? I would love it if you can share some further words about it.

Def, so we had a lot of fun writing and recording, making pizza together (another Jon strength), and hanging out at the family house every week. We did a radio show and got some great gigs. A lot of other stuff that we set up with that momentum sadly got shut down by the pandemic. We’ve always been pretty pure about it though, and wanted to press on making all the stuff we had been consistently writing since we started. So whatever it took – masks, one person recording a vocal outside the basement door, tracking on different floors of the house – we did until our second LP ‘Vanishing Point’ was done.

It was a hugely important thing, looking back, that we had that to work on together at a time of such loss and uncertainty. I’m really glad we did, and there’s more to come for us. 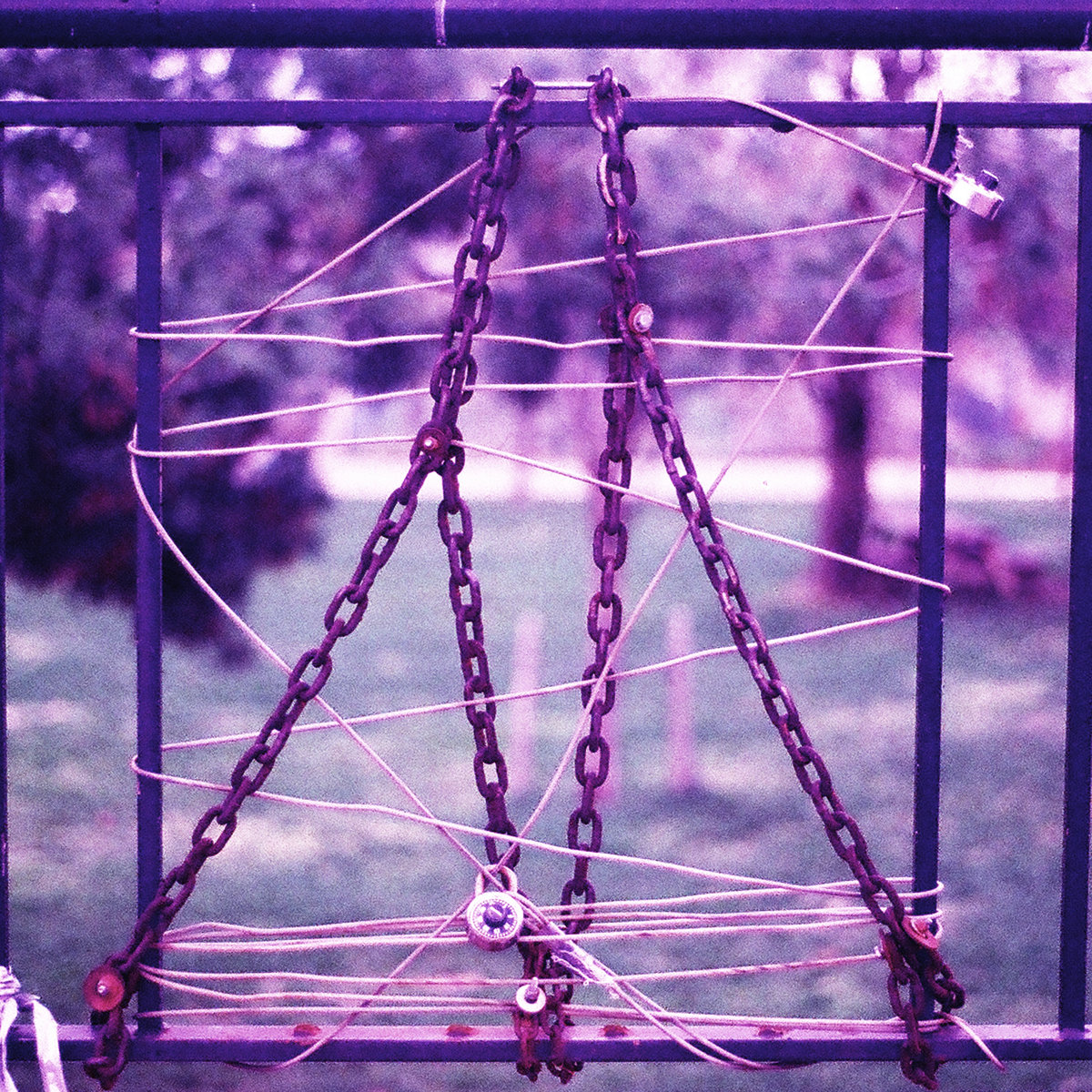 When it comes to your solo work, it’s quite unusual to have a combination consisting of banjo, synth, and beats. Is being a multi-instrumentalist an advantage when it comes to realization of ideas?

I think it can be in some ways. New toys for some people just get you going in new directions. I think that may depend on the individual, but just having a high G string like the banjo does break all these patterns for me that guitar is notorious for producing in your mind. That meant I got better again at guitar, I think, from playing the banjo. But beyond that initial burst, it’s important to follow through and listen a lot to learn.

Absolutely. Here are some faves:

Recently, I’ve liked stuff that I’m hearing from people in experimental music like Devin Shaffer, Claire Rousay, and Ross Gentry, all of whom are on American Dreams Records. 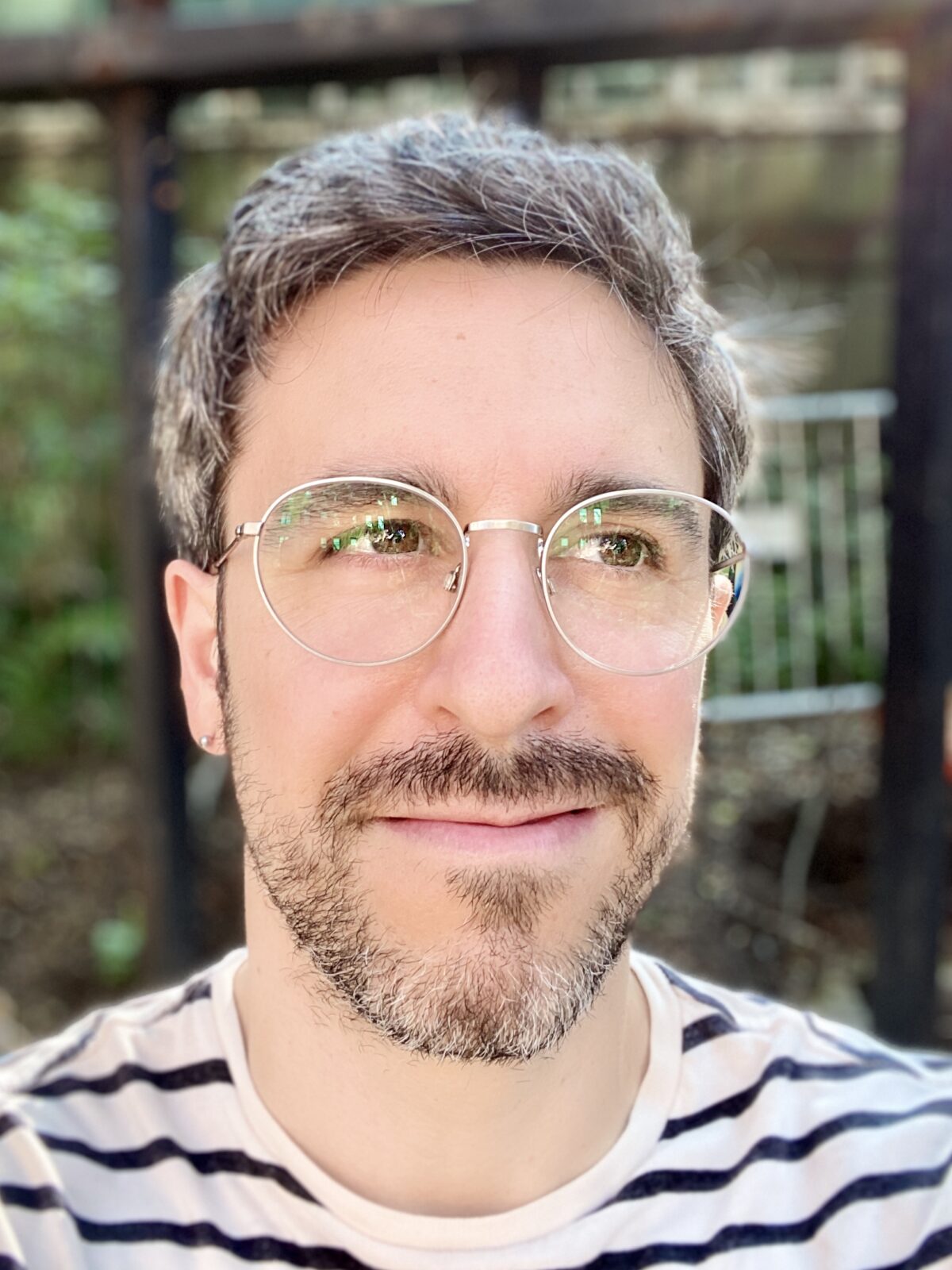 Thanks for all you do, Klemen. This is a really special space for experimental music, and I applaud what you’ve done with it.