‘Stuck In Rotation’ by The Uncanny Valley | Clusterfolk 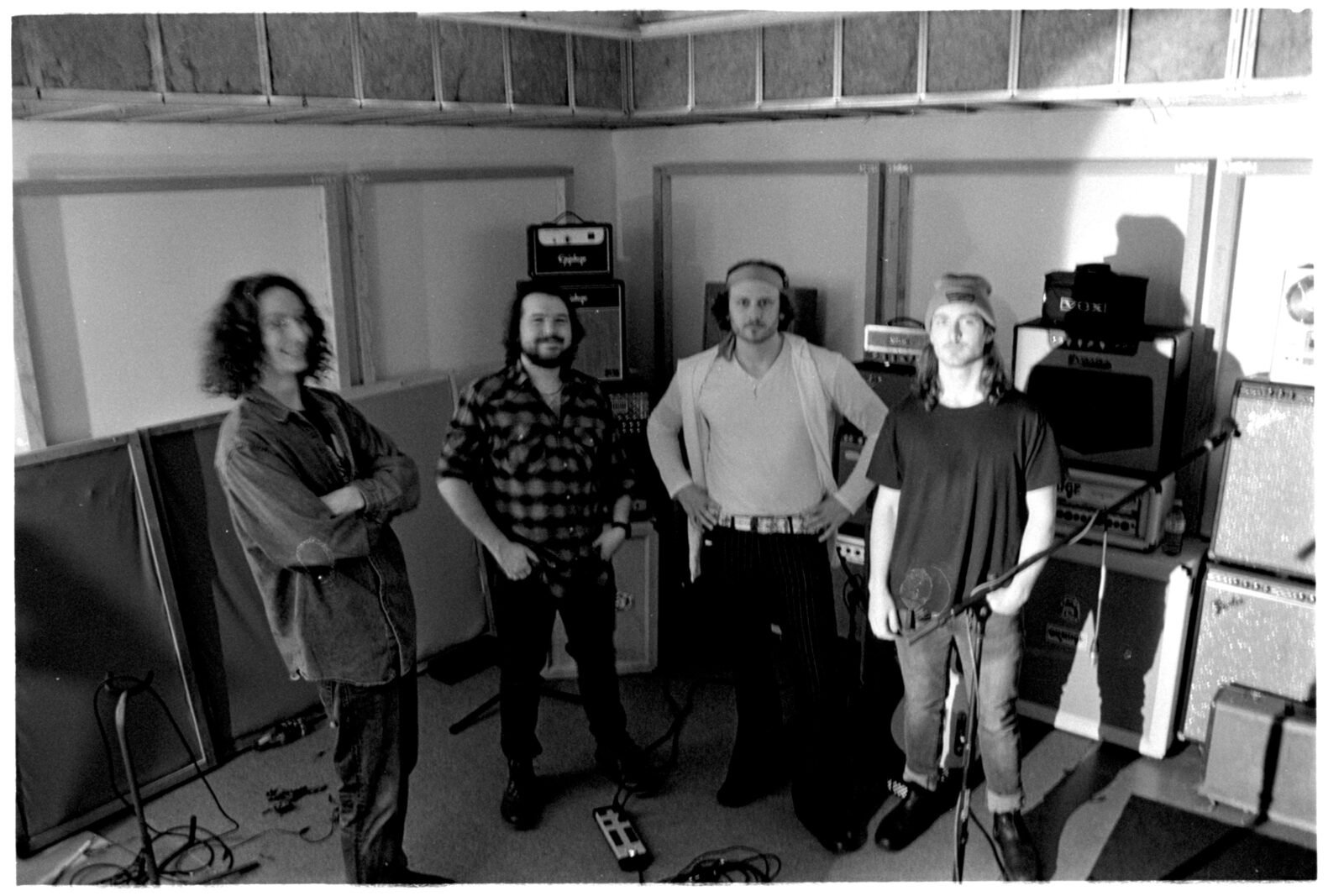 ‘Stuck In Rotation’ by The Uncanny Valley | Clusterfolk

Exclusive video performance of ‘Stuck In Rotation’ by The Uncanny Valley from Clusterfolk, a mini online music festival that features 8 emerging songwriters and bands performing in unique spaces around Sault Ste Marie, ON.

The Uncanny Valley is a psychedelic partnership between Adrian Sullivan, Matt Ferlaino, Dylan Turner & Brenden Bertrand. Started by Matt & Adrian back in 2018, the two bonded over the love of hard hitting rock and roll with the atmospheric pulse of psychedelic music. Adding Dylan to the mix made the foundation solid. When Brenden came along last he enhanced the vision and served as the perfect missing piece to the uncanny puzzle.

To start, can you introduce yourself and what you do, your background in music and the arts.

My name is Adrian Sullivan and I play guitar and keyboard, as well as sing for The Uncanny Valley. As far back as I can remember music was always a big interest of mine, and around the age of nine I picked up a guitar for the first time and learned how to play. I think creativity is a necessity for me to not go completely crazy. My name is Matt Ferlaino, I play lead guitar and rhythm guitar in The Uncanny Valley. Music has been a vital part of my life since I was a child. I grew up around a household loaded with classic tunes but I didn’t find the magic of the instrument, or should I say, the magic of the instrument found me around Grade 12. Before that time I was an athlete who couldn’t strum a chord, any sport you name I played it though. Music was a vital part of that process however since then I have plunged deeper down the musical rabbit hole, what a great decision it has been.

Can you tell us a little about your music, and in particular the song you played for Clusterfolk — the meaning behind it, the composition process, anything you like.

We like to focus on the experience of playing the music and evoking emotions from people with the noise we create. This is important for our satisfaction as well as creating our unique sound. As for ‘Stuck In Rotation’, that song is pretty much about habits and getting stuck in them. Life is repetition and sometimes that is good and sometimes not so much, either way it’s something we try to be aware of when it’s getting in the way of creativity or life in general. As the vocalist I have two approaches to writing lyrics, one way is to write about personal experiences or lessons I’ve learned, and the other is to completely abandon the ego and write about a post apocalyptic world or tell a fictional story of some kind, both work for different kinds of songs.

How would you describe the music you typically create to someone who’s never heard you? Any big influences (music, place, people context)?

We have a lot of influences but the kind of music we make is rock music, especially psychedelic and classic rock. We like the jams but we also like the short and to the point songs. Some of the biggest influences being The Beatles, Jimi Hendrix, AC/DC, Pink Floyd, Boston and so on. We often experiment with different sounds and styles when we jam, in future projects I’m sure we will get away from the sound we have now, we really don’t wanna lock ourselves mentally into one genre and just try to write music that’s fun to play and hopefully listen to.

What do you think of the music scene or community in the Sault or Northern Ontario? Are there any artists you think people should know about or would like to collaborate with?

We know there are a lot of great musicians making great music in this area, it actually never ceases to amaze us that in such a small city there can be so many competent musicians. A lot of the great artists that reside in this city will be playing at the Clusterfolk show which we are absolutely stoked about. A friend of ours from the band Jupiter Marvelous will be playing there, we’re sure a jam/collaboration of the sorts will be aligned for the future. Collaborating with other people is a really cool thing to do and brings a different flavour into the music, it’s something we definitely look forward to doing in the future.

What are you currently working on. Do you have any plans for the future? Recording, performing, composing and things like that? Where can we find more about you?

We have had our first album written for about two years and have been off and on working on the recording of it, which has been a rather arduous task of trial and error, especially with recording drums, we couldn’t get the sound we were looking for until recently. With that being said the album should be done and released by the summer, hopefully sometime in June. We are also going to be playing Go North Festival on Saturday July 9th, tickets can be purchased at Eventbrite.ca, the festival also features the bands Crownlands, Charlotte Cornfield, Royal Castles and Goodnight Sunrise. It’s gonna be a blast. We are super excited for it. We’ll also be playing around bars and other events such as RotaryFest if we can but so far nothing else is confirmed. Our main focus right now is finishing our album and releasing more content beyond our live shows, for people to enjoy the Uncanny Valley in their own time.