The Merry Pranksters and the Thunder Machine by Zack Kopp

The Merry Pranksters and the Thunder Machine by Zack Kopp

The recently published autobiographical burlesque ‘CRONIES’ is not Ken Babbs’s first publication, having published one called ‘Who Shot the Water Buffalo?’ (Overlook, 2011) detailing his experiences as a helicopter pilot in Vietnam, and co-authored one called ‘The Last Go-Round’ with Kesey before that (Viking, 1994).

The word “burlesque” connotes a remembrance unbound by the literal and is the perfect classification for this masterpiece of mythic realism. Two groups publicized research into the psychoactive chemical LSD-25 before it was made illegal in 1968. These were Timothy Leary and Richard Alpert [later Ram Dass]’s Harvard diploma’s group at Millbrook, Connecticut, whose psychedelic experiments took place at one remove from society on a private estate, and the Pranksters, who were all about getting out there in public while tripping and letting events take their course. Instead of meditating, the Pranksters went on the road in an old school bus decorated with Day-glo paint and driven by Kerouac’s Dean Moriarty (Neal Cassady) to see what would happen putting the cops, the Hells Angels, the public, and their own idols to the acid test. The acid Ken sampled at Stanford was reportedly supplied by the CIA for use in behavior control experiments and redirected in part by unexpected Kesey to spiritual comedy results of living metaphor buses and movie projects, and, according to Babbs, the Pranksters were never contacted by any government agents, not at the time nor subsequently, regarding any behaviorist goals. “Walked away from another one,” to quote Neal’s frequent refrain doging innumerable closs calls in the course of their cross-country road trip in a 1949 International Harvester school bus painted in the day glo swirls of an ongoing group composition.

“The Elementals Were Getting Through”

“. . . A car pulling a camper trailer passed on the left. Cassady bounced in his seat. The microphone, hanging from the ceiling by its cord, swung back and forth over Neal’s head. Mike Hagen pointed the Arriflex 16mm camera, loaded with a 400 foot magazine, over Cassady’s shoulder, aimed in on the road ahead, then switched to Cassady’s face, reflected in the driver’s rearview mirror. ‘Welcome to New Jersey. Speed fifty. New jersey Turnpike. New York, one hundred . . . Come on around here, black car . . . Git up there, or I’ll run right over you. That woman had her dress above her knees–I think it was her knees . . .”(‘Cronies’, 126-7)

Near-lifelong friends Kens Kesey and Babbs met in Wallace Stegner’s creative writing course at Stanford University, a course which also included Larry McMurtry (‘The Last Picture Show’, others), Ed McClanahan (‘The Natural Man’, others), Robert Stone (‘A Hall of Mirrors’, others). The Pranksters had more than literary connections. The Grateful Dead began as the band playing at the Pranksters’ Acid Tests, in which the Pranksters distributed the brain-change-chemical, which had not yet been made illegal, to members of the public brave and curious enough to try. Anyone who’s read Tom Wolfe’s The electric Kool Aid Acid Test, will have heard about that. A lesser-known element in the Merry Prankster’s musical repertoire was a sheet-metal sculpture called the Thunder Machine. 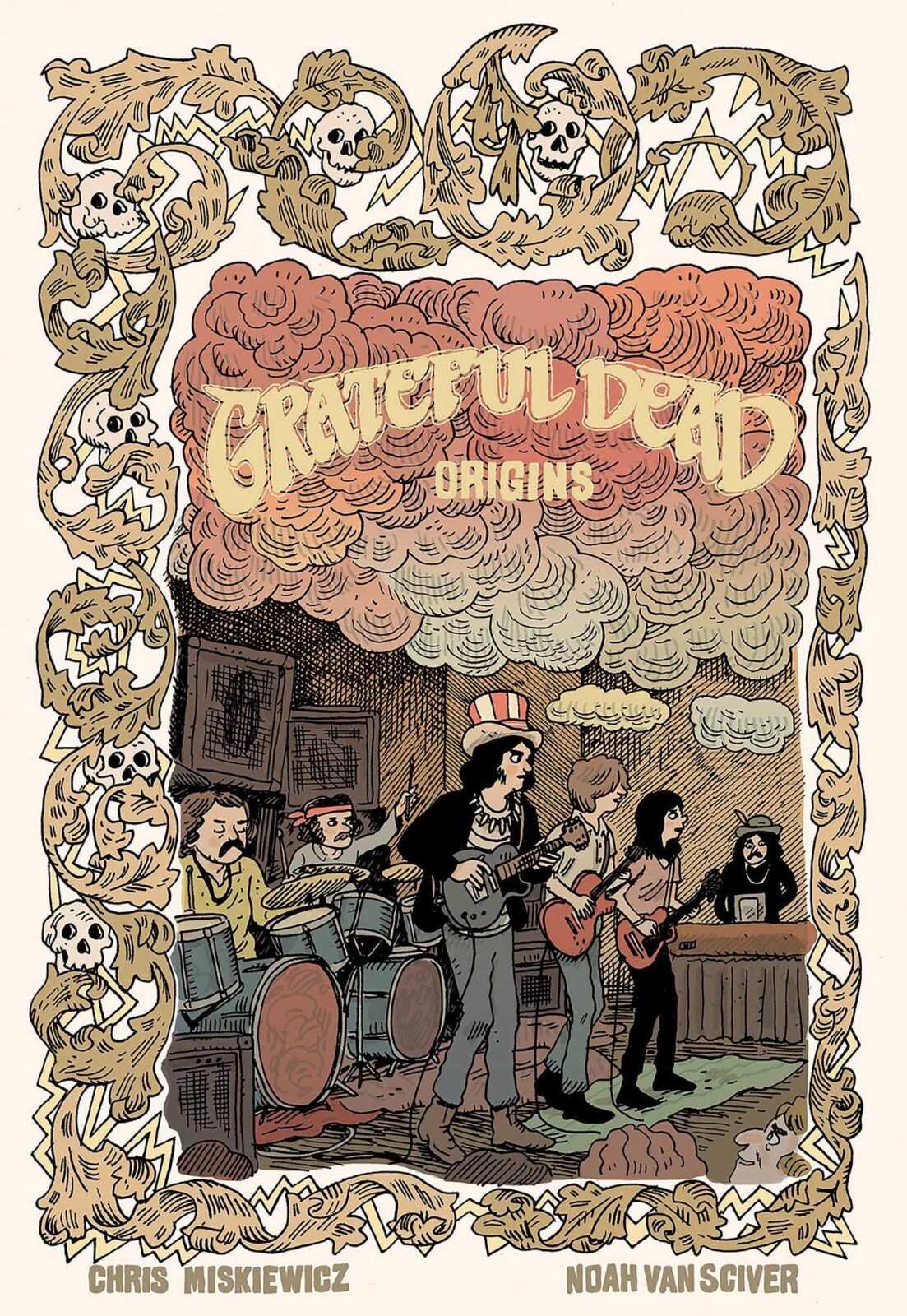 Says Babbs, “Boise was a sculpture who molded and welded car hoods and fencer bent and shaped into human shapes in a series called the Karma Sutra. Kesey got him to build the thunder machine which included a cockpit in the middle for the operator to sit, complete with mic, mixer, amplifier. Speakers were in the front and back compartments. It was painted by the Pranksters. Guitar strings were strung on pegs along the sides to be plucked. The machine itself was a drum. A tube out of the front fit into my trombone. A whale of a tail of a musical contraption.”

‘CRONIES’ isn’t Babbs’s first book. One called ‘Who Shot the Water Buffalo?’ Detailing his experience as a helicopter pilot in Vietnam was published in 2011. But it’s the first horse’s mouth account in detail of the Merry Pranksters’ incomparable adventures in1960s America, not counting Kesey’s ‘The Further Inquiry’ (1990), and highly recommended reading for students of the history of psychedelic use in the U.S. A. before it was made illegal in the USA in 1968. 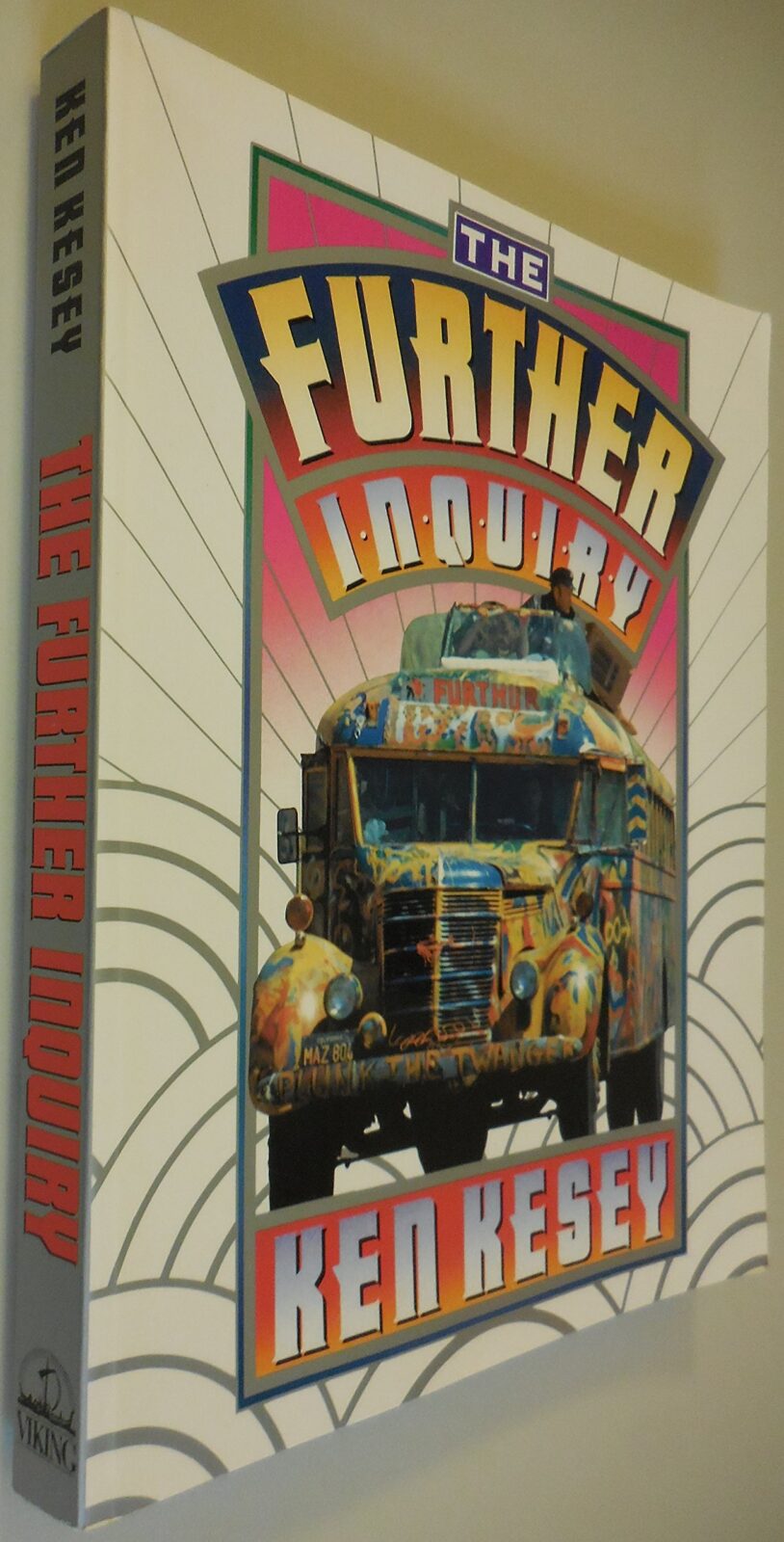 “The latest tabulation is in. No one wants that easy listening crap. More bus tapes, they’re saying. No one wants those stupid fucking love songs. It’s okay in liberated America to use the F-word, but it is station policy never to mention the dreaded M-word. The one everyone sells out for. Makes the world go round. The one the Pranksters never laid down on their backs for. You can believe trusty old Kay Bee on that.” (‘CRONIES’, 90)