‘You Think You Know Someone’ by Taylor Barefoot | New Album, ‘Distressed Signals’ 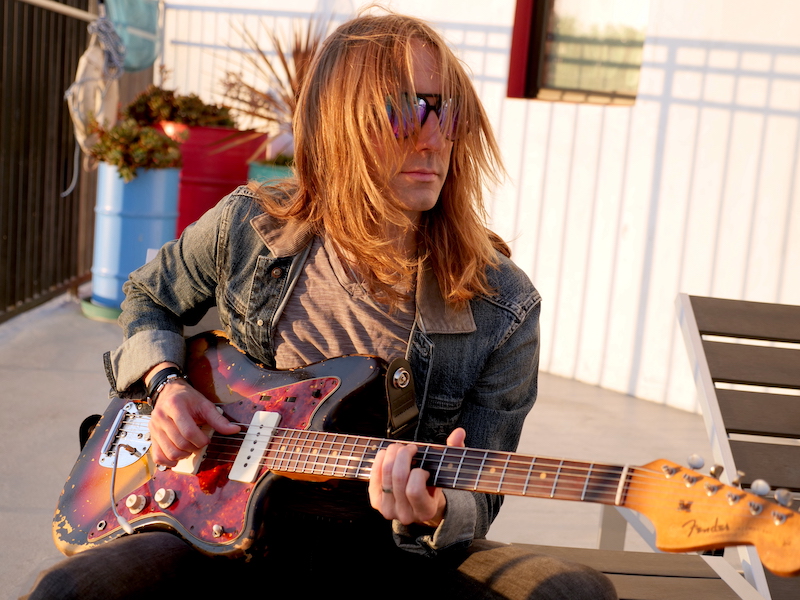 ‘You Think You Know Someone’ by Taylor Barefoot | New Album, ‘Distressed Signals’

Exclusive track premiere of ‘You Think You Know Someone’ by L.A. shoegaze / space-rock artist Taylor Barefoot, taken from the upcoming solo debut, ‘Distressed Signals’, out April 8, 2022.

A transcendent emotional odyssey of a record, Taylor Barefoot’s solo debut, Distressed Signals, is at once ethereal and bracing—an effortless fusion of shoegaze, dreampop and post-rock. Layers of gauzy, beautifully flawed, effects-laden guitar pour from the speakers over gently pulsing sampled beats and analog drum machines, unfolding cinematic dreamscapes both magnificent and forlorn.

“I express myself best through music, so naturally the album ended up being instrumental,” Barefoot says. “To attempt to put everything I’ve been through, everything I was feeling, into words would complicate it too much for me. I’m more of an abstract painter.”

With ‘You Think You Know Someone’, I was trying to capture the slow realization that relationships, people, even places—as they start to reveal themselves to you—can stifle and become harmful and toxic. Out of the gate, it hits with this vaguely uneasy feeling, and eventually evolves into a full-on epiphany that something has to change. But what I realized is the only thing I can change is myself, and what I allow myself to be subjected to.

I loved so much about my 15 years in Boston, but toward the end I just wasn’t feeling fulfilled there. It really came down to finding myself in an unhealthy situation. The track is about a lot of things but, ultimately, several people really let me down. I thought I knew them better. I thought they cared about me as much as I cared about them. But it became clear that they didn’t. It felt like that Shel Silverstein book The Giving Tree. I was down to a stump, emotionally. The song’s bridge section represents my coming apart in the wake of all this and my eventual escape to L.A.

The music also carries this feeling of uncertainty about what the postscript would look like, but also an undertone of determination. I wanted to express hope in the possibility that better things, that a better me was on the horizon. The cool thing is that it was. It came true. 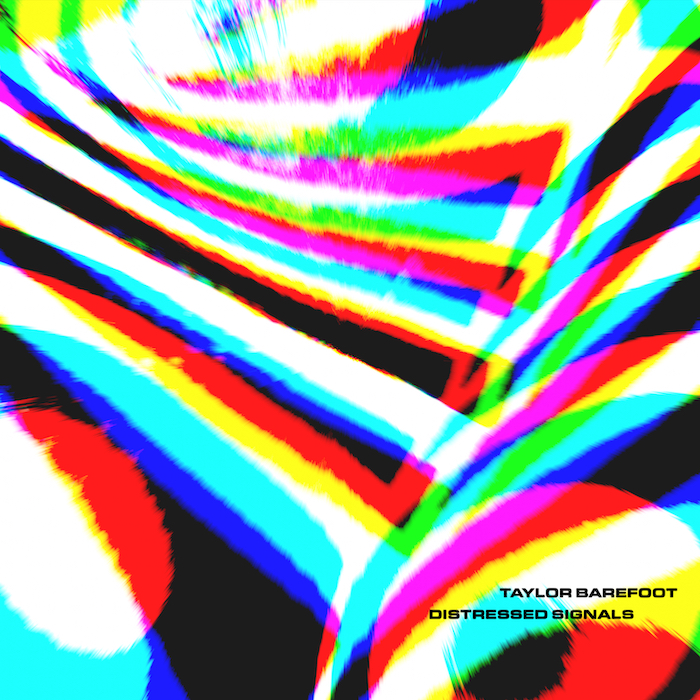 ‘Distressed Signals’ was born of a desire for something more. Its roots lie in a turbulent move from Boston to Los Angeles, the painful dissolution of a past relationship and the promising start of a new one, the isolation of the pandemic, a temporarily crippling bike accident and, ultimately, a newfound resolve, forged in fire, that took Barefoot from sideman to solo artist, while allowing him to musically and psychologically confront a once-paralyzing mix of depression and anxiety.

“A lot of this record is me deconstructing my life back in Boston,” he says. “Things were pretty settled; I had a condo, a serious girlfriend, a recording studio, I was in a band that was performing regularly—still, something didn’t feel right to me. I had this creeping desire to pull the band-aid off, to leave everything behind. I twisted myself in knots trying to suppress it—after a while, I was so restless and anxious I was coming apart at the edges. So, finally, that was it. I was gone.”

Once Barefoot arrived in L.A., though, it was not an easy transition. He’d imploded his old life, and as a result, was experiencing an identity crisis, personally and musically. He felt alone, scared, haunted even. ‘Making Distressed Signals,’ he says, “was me trying to sort through and cope with the static, the desperation of what was going on in my head at the time. The sound reflects this. The pedals and effects aren’t meant to make me sound better; they help me sound broken. You can just tweak the knobs and everything is spazzing and freaking out. It framed the anxiety and tension I was experiencing. And all the delay pedals really make the guitar warble. It’s got a certain sadness to it that I like. It’s me trying to sound fractured and melancholy—like I was feeling when I wrote the songs.”

As if things weren’t already bleak enough, shortly after the pandemic broke out, Barefoot was hit by a car while riding his bike near Griffith Park. The collision flipped him in the air; somehow he landed on his feet, but the initial impact snapped his collarbone. With hospitals full of covid patients and procedures for non-life-threating injuries on hold, he would have to wait weeks in more-or-less constant pain for surgery to repair the break. So with life on pause, his arm in a sling and the world outside slipping quickly into madness, Barefoot took refuge in his home studio, pouring himself into the songs that would become Distressed Signals.

In the beginning, without the use of his right arm, he did what he could. This meant importing all the musical ideas he’d been collecting in his phone’s voice memos into ProTools or Ableton, looping them, tapping out the tempos, and building beats around them. “For a while, all I could do was move the mouse around with my left hand,” Barefoot says. “I tried to develop the tracks as much as possible without being able to play any real instruments. I was so anxious and bored—my mind was just gnawing on itself.”

After a few weeks, Barefoot finally made it into surgery. A titanium plate was implanted with screws to fasten the collarbone tightly and allow it to heal. Fending off intermittent panic attacks and muscle atrophy in his arm and hand, he continued fleshing out the new songs, eventually picking up his guitars again and starting to weave an intricate, arresting aural tapestry. There’s the self-deprecating escape anthem ‘Why So Serious,’ which lifts off fueled by cautious optimism before expending all its triumphant energy in a highly combustible bridge section that coasts on anxious fumes to a static-drenched landing; the wounded, shell-shocked catatonia of ‘You Think You Know Someone’; and the slow-burning cauterization of climactic final track ‘Veins,’ with its massive dynamic range, the waveform valleys and peaks Mariana Trench-deep and Everest high.

Working on ‘Distressed Signals’ daily was an essential distraction that helped Barefoot push himself valiantly through the gauntlet and back toward sanity. By late 2021, after nearly two years, he’d finally completed his debut solo album—on which he was responsible for every last note, beat and peal of feedback. “I wasn’t trying to prove anything to anyone but myself,” he says. “I’d forever played a supporting role, had always been there to help other artists achieve their vision, but this time, I just wanted to be like, ‘This is me.’”

Though the creation of ‘Distressed Signals’ was a solitary affair, Barefoot directs a lot of credit for the record to meeting his wife, Rachel, who in a dark time brought a transformative amount of perspective into his life. “She was key to this album happening in that she helped me get to a place where I felt safe and stable enough to deal with everything,” he says. “Being with her, it clicked how sad, how far from ok I’d been. I kept telling myself I was fine, that everything was cool, that I just needed to put my head down and keep moving forward. Really, it’s a kind of toxic masculinity where you’re taught, if you’re a man, unless you’re missing an arm or leg or you’re dying, you’re fine—suck it up. When Rachel came into my life, it scared me how happy I felt. It was so foreign to me that I was completely suspicious of it at first. I was taken aback by what a beautiful, kind and supportive person she was. In time I learned to trust and open myself to it.”

And this is where ‘Distressed Signals’ takes its most redemptive turn. On ‘Blissed,’ which Barefoot wrote immediately in the wake of that first meeting with his wife, rays of golden light begin to gently pierce the cloud cover. It’s all there. You can hear it. Morning coffee in the percolator, a ’57 Stratocaster echoes through a cheap Digitech pedal—the sacred dancing with the profane, reverberating a hushed and enveloping love. Tension gives way to release, alarm bells fading in the distance.