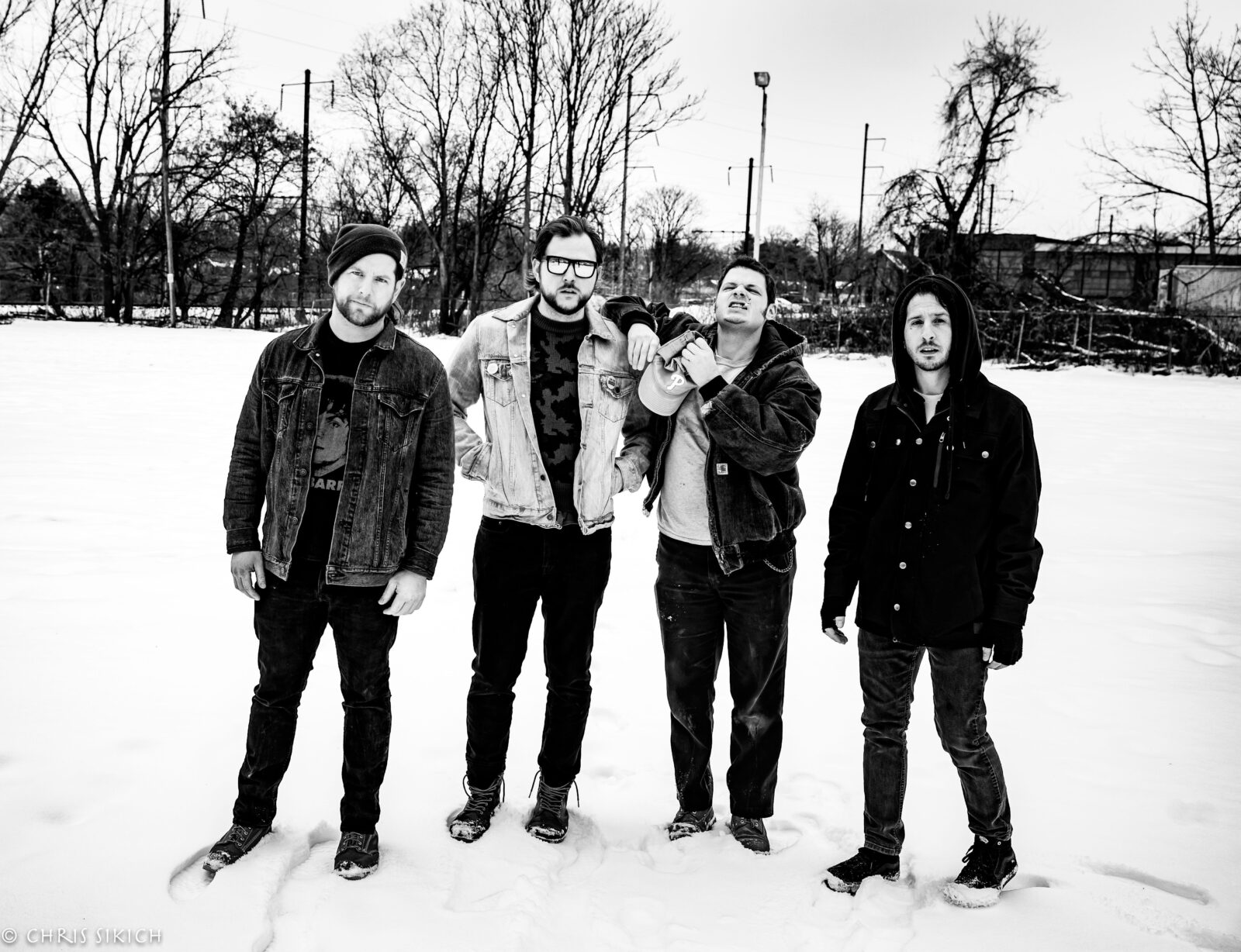 Exclusive track premiere of ‘Bone Blossom Green’ by The Mary Veils, taken from their upcoming album, ‘Esoteric Hex’, due March 25 via PNKSLM Recordings.

Speaking on the track, the band wrote:

“‘Bone Blossom Green’ was based off a riff we had floating around for awhile. Originally we thought it would just be that main riff, for the entirety of the song but it kind of took a different turn while writing. It was one of the more challenging ones for us to finish, but we think it really showcases us as a band, and in a way highlights how we’ve developed musical and what our sound has become.” 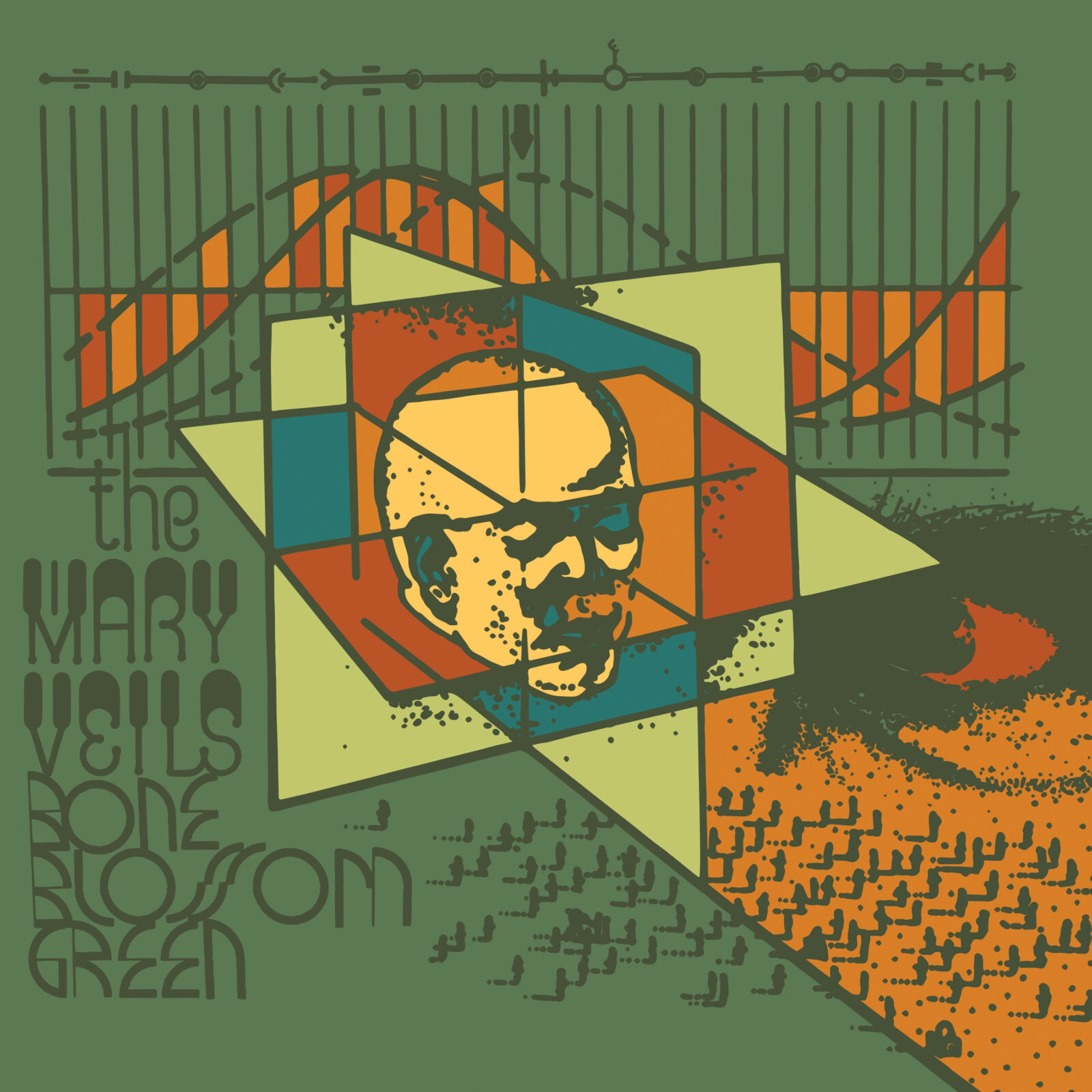 The Mary Veils are finally the band they were always supposed to be. What began as the solo project of frontman Brian Von Uff is now a fully-fledged, incendiary punk four-piece, with drummer Evan Wall, guitarist Drew Mann and bassist Justin Mansor rounding out the new lineup. Von Uff’s debut EP under the Mary Veils name, 2017’s ‘Slacker Paint’ (re-released by PNKSLM last year) so enthused Wall as to tempt him back behind the kit after a break from drumming, and caught the attention of Mann and Mansor of fellow Philadelphia noiseniks Hot Lunch, who quickly followed Wall in jumping on board. “And it’s been like Beatlemania ever since,” laughs Mann.

Such is the shared musical language between the four that their first jams immediately, and almost wordlessly, bore fruit. The furious, freewheeling singles ‘Home Video’ and ‘Rowboat’ were amongst a glut of songs that came together at breakneck pace, and made up half of the first four-track EP from The Mary Veils as a full band, last November’s ‘Somewhere Over the Rowhome’. “I probably did it the wrong way around,” says Von Uff of the jump from solo project to four-piece. “I wish these dudes were around from the beginning, because they bring so much personality to the songs, and the new material came together really easily.”

If the EP lit the fuse on a new era for the Mary Veils, then consider ‘Esoteric Hex’ the explosion. The band’s full-length debut is a scintillating ten-track exercise in punk-inflected garage rock, one that takes the raw energy that defined Somewhere Over the Rowhome and uses it as a foundation for Von Uff’s ultimate vision for the group. “We recorded a lot of these songs around the same time as the EP, so there’s a similar feel to them, but I think the songs on ‘Esoteric Hex’ really fit together. There’s more of a cohesiveness to it. I feel like Somewhere Over the Rowhome was a good showcase of our sound, whereas ‘Esoteric Hex’ is a complete piece of work.”

The album was tracked swiftly and entirely live, within a few months of the new lineup coming together, over a number of weekends at Jessie Gimbel’s basement studio in Upper Darby, PA. Once ‘Esoteric Hex’ had been mixed by Cory Hanson and Jeff Zeigler, who between them have worked with the likes of The War on Drugs, Ty Segall and Kurt Vile, The Mary Veils were ready to unleash this mission statement of a record upon the world, only for fate to intervene. “We’ve been sitting on the album since the start of the pandemic,” says Von Uff.

Time has not withered its potency. Taking their cues from the classic punk of New York Dolls, Johnny Thunders and The Dickies, as well as more contemporary influences like Osees and Hot Snakes, the Mary Veils’ musical DNA is one rooted deeply in the intersection between riffery and melody; the album walks a tightrope between the rock and roll fizz of opener ‘Bone Blossom Green’ or the spiralling guitar scuzz of ‘A Tether’, and the psych-tinged, hook-driven likes of ‘Circled Omens’ and ‘Fuzzy 95’. At the centre of what makes ‘Esoteric Hex’ tick, though, is the band’s hometown itself; as Von Uff explains, this is a love letter to Philly. 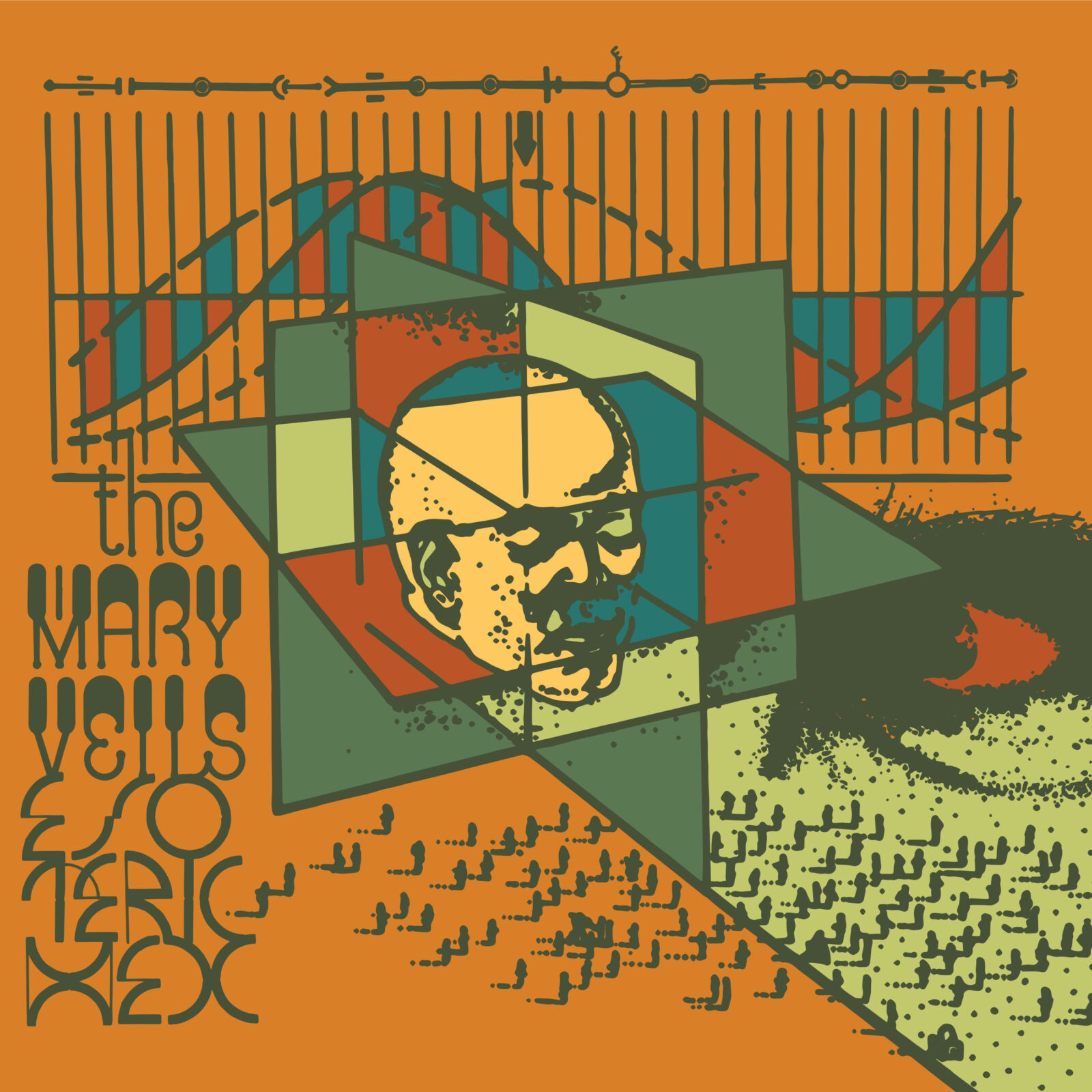 “Philadelphia is a very unique place, and while it’s a major city, it’s kind of the forgotten cousin of New York. It’s the abandoned capital of the United States, but we like the abuse. This album is in many ways about Philadelphia, and how the people here are unique and have that fighting mentality. We all want to keep getting better, and we don’t ever quit.”

It’s the city’s storied tradition of mysticism and the occult, meanwhile, that accounts for much of the record’s imagery, as well as its evocative title. “Theosophy itself was born in Philadelphia,” says Von Uff. “The city resides on the 40th Parallel, the same as the old church of Philadelphia in ancient Turkey, that was mentioned in the Book of Revelations. Secret societies, mysticism, the occult – they’re all part of the city’s history, and we wanted to explore that.”

The fact that this lineup’s cascade of creativity was to be stemmed by the global events of the past couple of years means that The Mary Veils are now very much a coiled spring, both as a studio entity and as a live band. ‘Esoteric Hex’ represents the laying down of a marker, after which there’ll be plenty more to come; not just from the Veils, as Von Uff is quick to point out, but from the city they call home, too. “Before the pandemic, when we wrote these songs, there was a very alive music ecosystem here, and I was nervously awaiting where it would pick up. Two years later, it’s stronger than ever. I know I’m biased, but I don’t think it’s a stretch to say Philly has some of the best bands in the world right now. This album came from the excitement of being here, in this diverse – dare I say it – ‘scene’.”

‘Home Video’ by The Mary Veils | New EP, ‘Over the Rowhome’