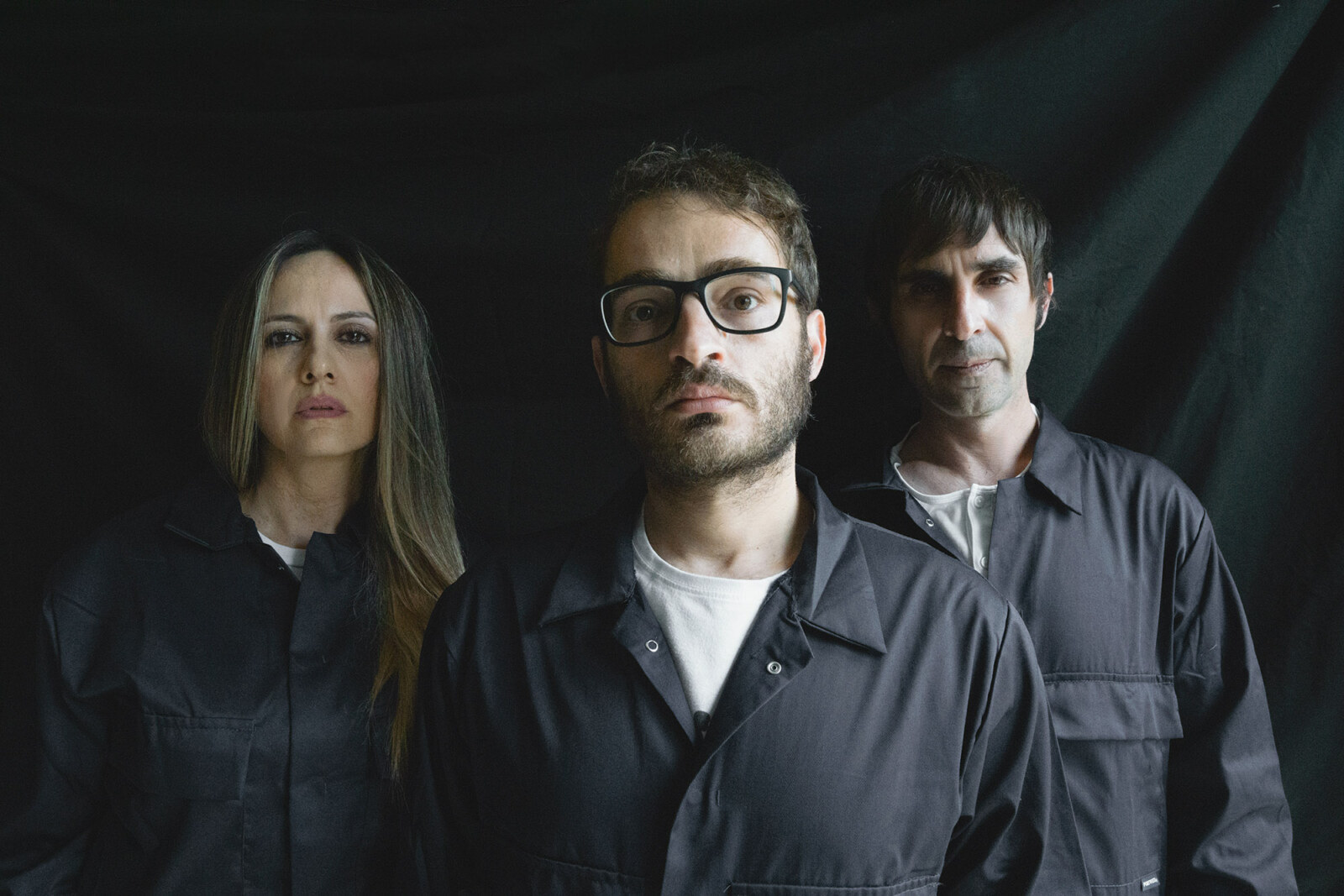 Modern Stars is a three piece rock band hailing from Italy. They are composed by Andrea Merolle, Barbara Margani and Andrea Sperduti. Their music could be described as instinctive, flickering, fuzzy, aerial, groovy, bizarre, distorted, harmonious and dissonant. ‘Psychindustrial’, is their second album. It is made of hypnotic sounds influenced by dystopian literature’s classics, with clear reference to George Orwell’ 1984 and Aldous Huxley’s Brave New World. The album tells the story of an imaginary protagonist who begins to be disillusioned by capitalistic society values and understands the necessity to define his individuality to survive and remain human. ‘Psychindustrial’ will be released this Friday November 26 2021 and is now available for preorder.

Today we are premiering your new album, ‘Psychindustrial’. Are you excited to have the album finally ready?

Yes we are! It took a year to be completed since we started in January 2020 and we had to finish in a few months, even before the release of our debut single ‘Lord I’m Ready’. But then pandemic stopped our plans in the middle of the road. We do not live in the same city so we had to do arrangements by remote. And it’s not the same thing as when you meet and play together as a band before going into a recording studio. We finished it during Christmas break even if there were kinda military restrictions here in Italy but we cannot wait anymore. Or it would never see the light because we were already working on new songs. Or simply dead. 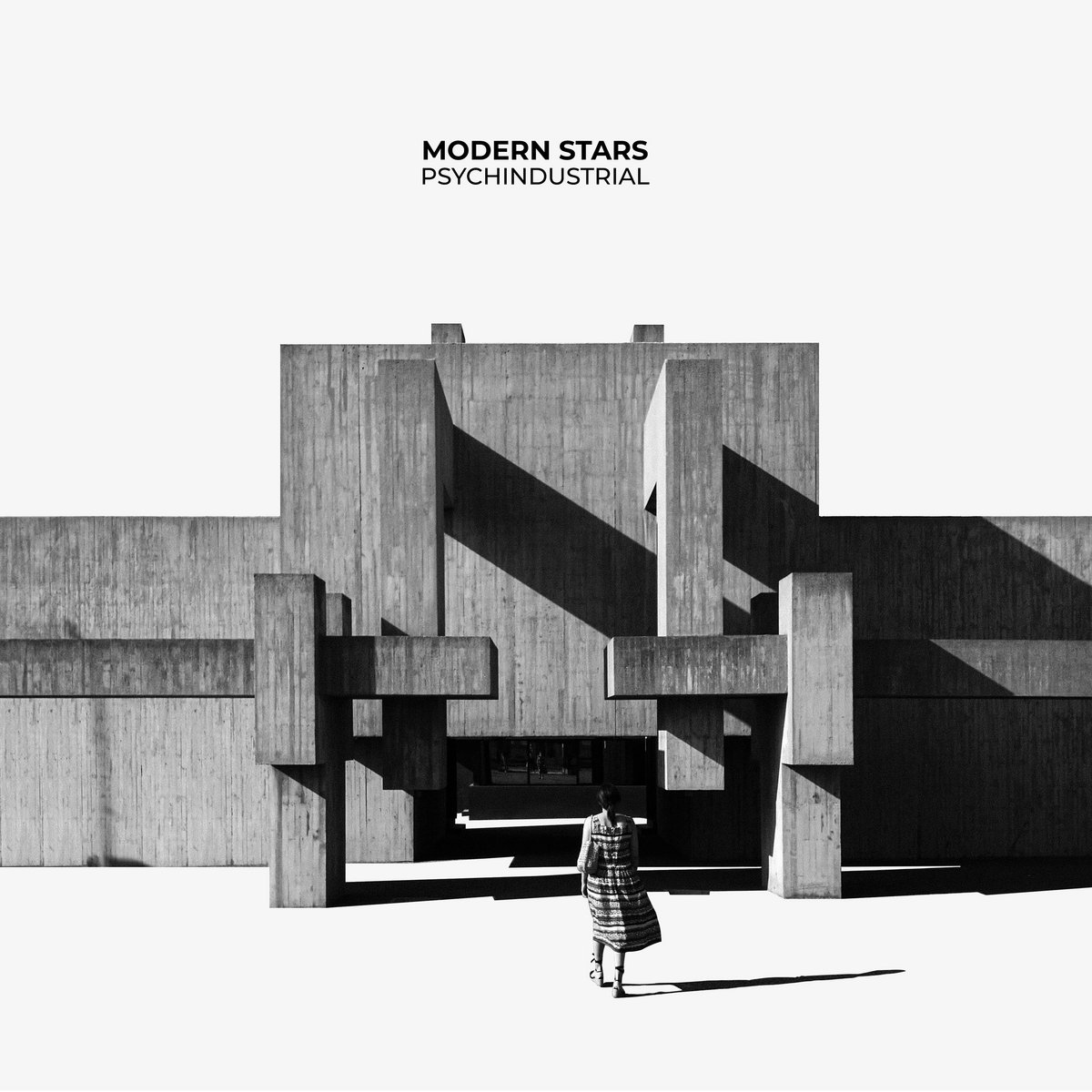 How’s this last year under lockdown been for you? Have you found the isolation creatively challenging or freeing?

Isolation subverted a lot of things in our lives and the same happened with our music. We had a lot of free time compared to ordinary but it was also such a peculiar time. It was creatively challenging for the completion of rough material but less stimulating for composing new songs. You know, it’s hard to get new sensations if you stay the whole day at home. But it was so fascinating that when everything was locked down you could discover a lot of natural sounds and reverbs that are usually low in volume and difficult to hear with cars and people in the streets. A silent town has something magic and what we heard and felt during those days will surely have a creative impact on the music we will write in future. Maybe we just have to fully metabolize what happened last year before reflecting it in a true creative way.

We started playing together in 2018 and we have different backgrounds as musicians. Barbara is a professional soprano singer while the two Andreas came from the pre-social network underground scene. You know, she sang at national broadcasting television and then also without an audience, except for the technicians. None of us played with another one before this project and everyone contributes with his/her style and influences to the band. Where for someone 2+2=5, our formula is 1+1+1=4.

Can you share some further words about your latest album? Where did you record it and what can you tell about the songs on it? Do you feel you were going for a certain concept?

‘Psychindustrial’ is deeply influenced by The Art of Noises / L’arte dei rumori by Luigi Russolo (the futurist manifesto of 1913) and by dystopian literature. Andrea M. and Barbara recorded everything in their home studio. Drums and bass have been recorded by Filippo Strang at VDSS Recording Studio. He did a great job and substantially became the fourth member of the band. He understood how we wanted the record to sound and the mixing process has been crucial for the final result. We do not really know if what we do can be defined as a concept, but we definitely compose our music from an album perspective. We want our records to sound like a journey and not as a collage of songs. It’s always hard for us to decide which track may go out as a “single” and a song does not have the same meaning if extrapolated from the whole thing.

How would you compare it to your previous, ‘Silver Needles’?

Our approach to ‘Silver Needles’ was very instinctive. We closed the songs almost without thinking that there could be a second or even a third possibility. It all came from an expressive urgency that we were unable to contain. ‘Psychindustrial’ is an album on which we made some real decisions, perhaps thinking about it a little more. We preferred downtempo rhythms and we worked on subtraction, compared to what we had done with ‘Silver Needles’, trying to get a sound that seems minimalist, despite being loaded with stringed and electronic instruments. Anyway, we think that ‘Psychindustrial’ is a good sequel to our first album. 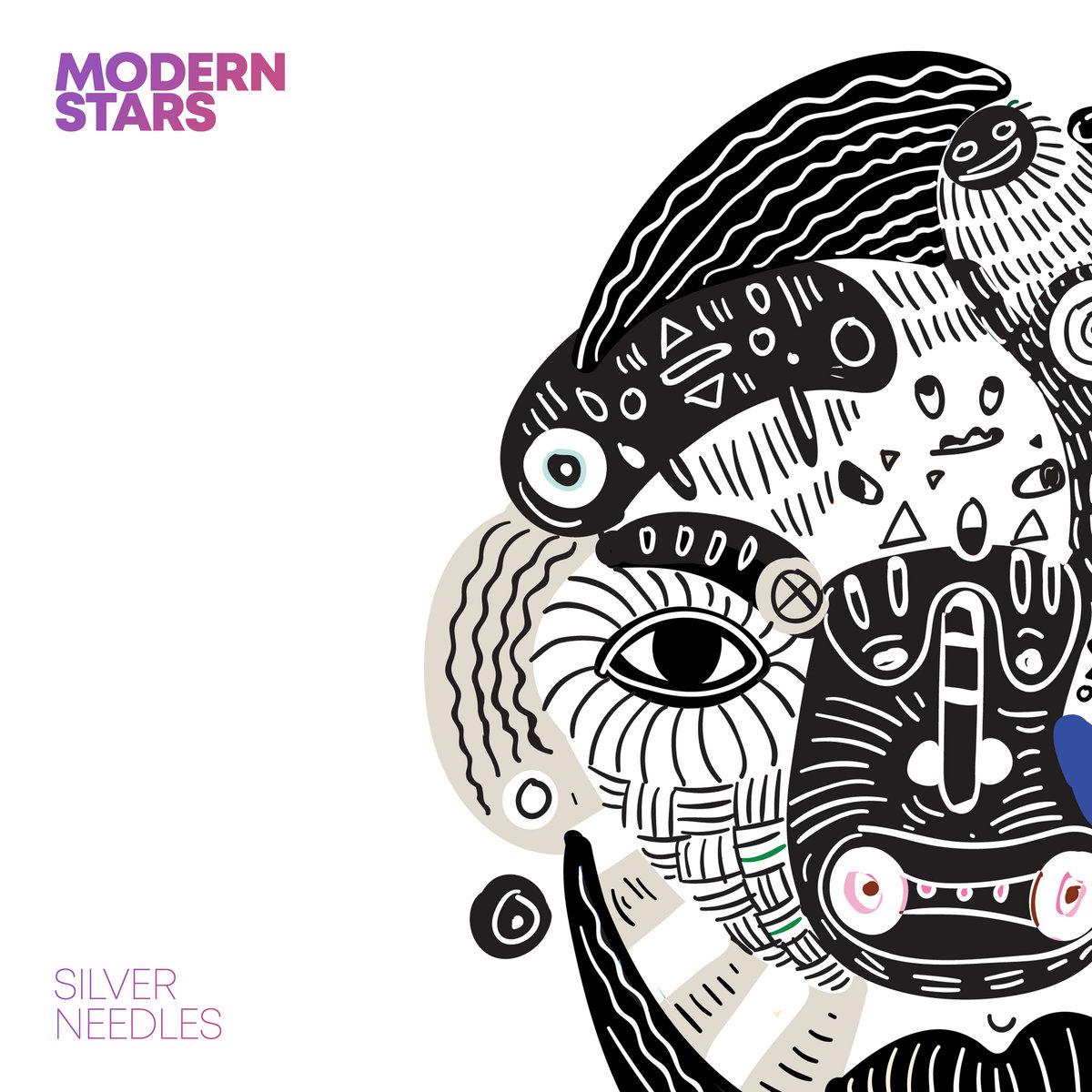 We try to be ourselves and to do something that may remind us of something else but without losing its originality. We developed a sort of multilayering approach that is more common for Indian and techno music than for rock’n’roll. We kept this approach also on our upcoming third LP that we just finished and that – SPOILER ALERT – will be entitled ‘Space Trips for the Masses’. The main inspirations are noise that we hear all around. Buzzes et cetera coming from the fridge AC, something like that. They give us an input that leads into an acoustic song. With a lot of strange tunings, obviously. Once the idea is clear, we deconstruct it. We start with the recording of the electronic parts, which represent the initial groove of the song (and 99.9% is completely different from the acoustic song), then we put stringed instruments and voices, and finally the drums and the basslines.

Both albums are available on vinyl and they sound terrific. How pleased were you with the sound of the album?

We are very happy about the final result we achieved with both albums. We never expected that our project would receive good reviews and appreciation from people all around the world. We just started a jam session on a summer afternoon and we did not stop. We are constantly searching for a distinctive sound and maybe it will take a life or two until we will finally get it. ‘Silver Needles’ was first released solely on CD but after completing ‘Psychindustrial’ we decided that we wanted them printed on vinyl. Also people were asking for vinyl and so we said cool, let’s do that. We wanted our music to sound analogue and warm as possible and we aimed at creating something in a physical dimension that should pass our lives and we think it is necessary in an era when everything is digitally available, but who knows then? We had songs on myspace too in the ’00 that now are lost forever and we do not want this to happen again. In 3021 plastic and paper may last. We did the graphics too by ourselves since we believe that sounds and images shall tell the same story and bring the same message.

If you could work with any other current artist who would it be?

We admire a lot of different artists, but if we could choose one to work with it would surely be Anton Newcombe of the Brian Jonestown Massacre. He really inspired us to think about the approach a musician should have. He defined a genre and made tons of great tunes across a long career.

Any hopeful plans for getting back to playing live this year?

We have been planning to play live since the COVID started and we worked a lot on a setup that may render atmospheres quite similar to our studio albums. We should release a live video performance next spring. We will play in a terrific location here; a small church where the cult of the black Madonna is celebrated. Church music had a deep influence in our childhood and the ambience is perfect for an intimate performance. Even if now the situation is still a bit uncertain, we are getting used to it and so we are trying to run across alternate roads.

At present we are concentrating our energies only on this project.

Which are your favourite albums is one of the most difficult questions of the world. But let’s choose five albums in a random order: ‘Star’ by Teenage Filmstars, the eponymous Silver Apples and Suicide, ‘Perfect Prescription’ by Spacemen 3 and ‘Future Days’ by Can. We are still finishing listening to music played several years ago and honestly we are not so involved in new things. But we recently got impressed by Black Sky Giant and King Krule. Despite that, Boris are one of the best bands ever. We would take them on a desert island and we just bought Wata’s signature fuzz.

Thank you so much for this interview Klemen. We borrow our last word from Horace. Non omnis moriar.