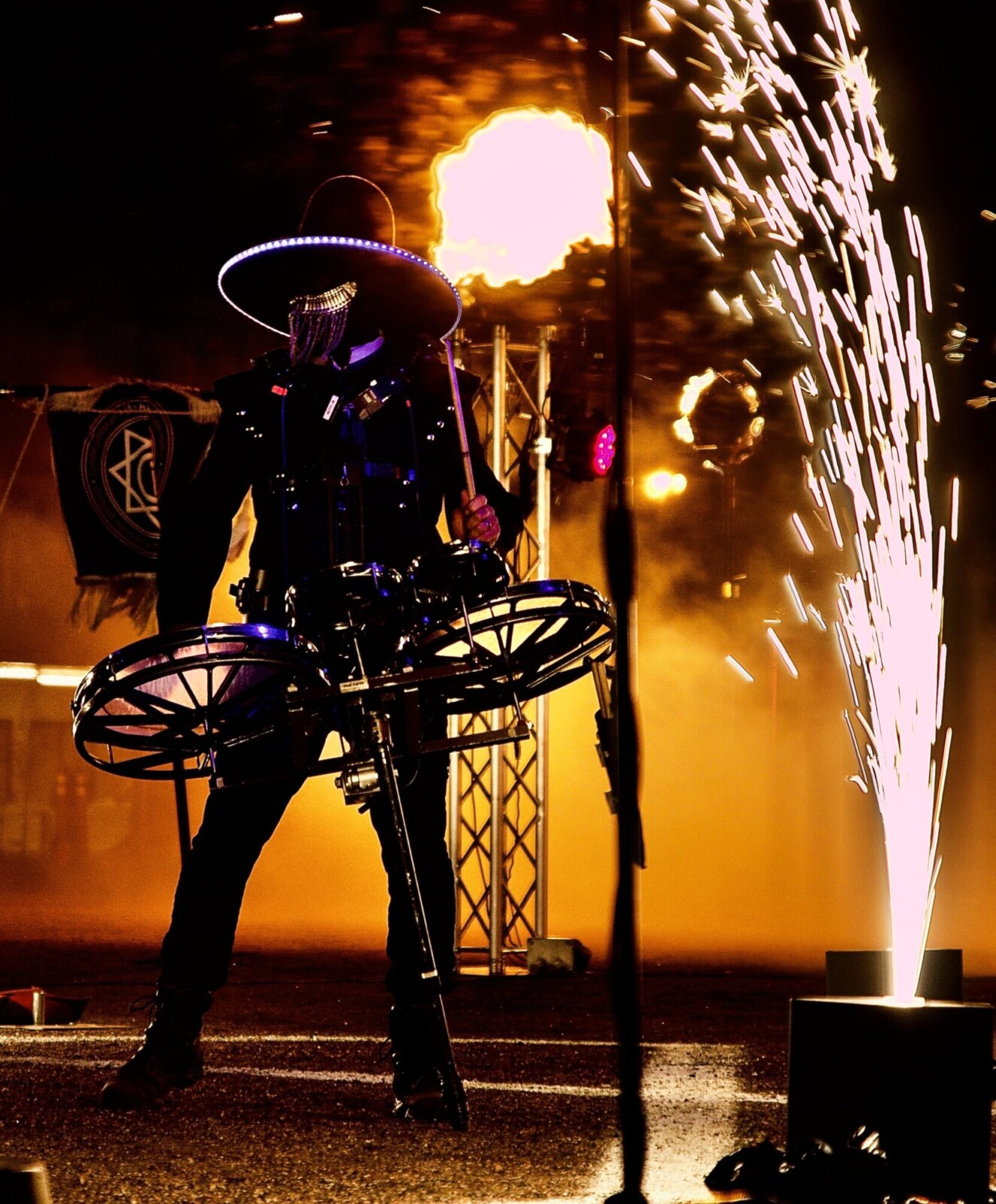 It was against this backdrop of isolation and suspended reality that Itchy-O heeded the call for a radical evolution in shared catharsis and new sonic experiments: Short-band radio broadcast turned each car interior into a private listening experience for a post-apocalyptic simulation, while roving bands of mysterious beings opened a temporary escape portal with contactless chaos, engulfing each and every vehicle in rite and ritual for the ages.

As the blaring car horns attested, these incredible live performances delivered a needed spirit-lift in the absence of concerts as we knew them amidst shuttered music venues, lighting a proverbial – and literal – torch during one of the darkest moments of modern history.

The album serves as documentation to a fantastical escape from the unrelenting barrage of humanity besieged by a global pandemic and is a must have for any record collection.

There’s nothing like it. Itchy-O consists of 57 masked men resulting in transcendental musical experience. What’s the original concept behind it?

Itchy-O: Itchy-O actually began as a solo project: A veterinary training LP of animal heartbeats unearthed in a Denver thrift store set the stage for the 2003 experimental noise release, ‘Pulmonic’. From there, it continued as a rhythm-driven experiment. Performance by any means necessary has been a guiding principle: At the time, it was next to impossible to land shows in venues who didn’t want to take a risk on this weirdo noise-art project. So we said “fuck it” and decided to play wherever the hell we wanted, tying amplifiers to our backs and cobbling together recycled electronic junk to revel in the collective chaos that could only happen at that moment. When we brought the drums into the street for the first time, it caught fire and people had an immediate reaction, snowballing into the sprawling 57-member post-gendered beast it is today – still driven by that first experimental heartbeat.

How did the project start and what can you tell us about the music making? It’s hard for me to imagine 57 people rehearsing at once…

There is no rehearsal – we simply serve at the pleasure of our feline overlords to carry out their decree.

Are you excited about the ‘Sypherlot/Hallowmass 2020: Double Live’ out via Alternative Tentacles Records?

Yes. The way this historical timepiece came together doesn’t get more serendipitous. We had really no plan on putting any sort of live record out as capturing our live shows seemed impossible but, what this turned out to be is something more than a record that not only captures what we do live but acts as a real time-piece to an indescribable moment in time. This double-live album was recorded during the chaos collective’s groundbreaking 2020 drive-in concert series. 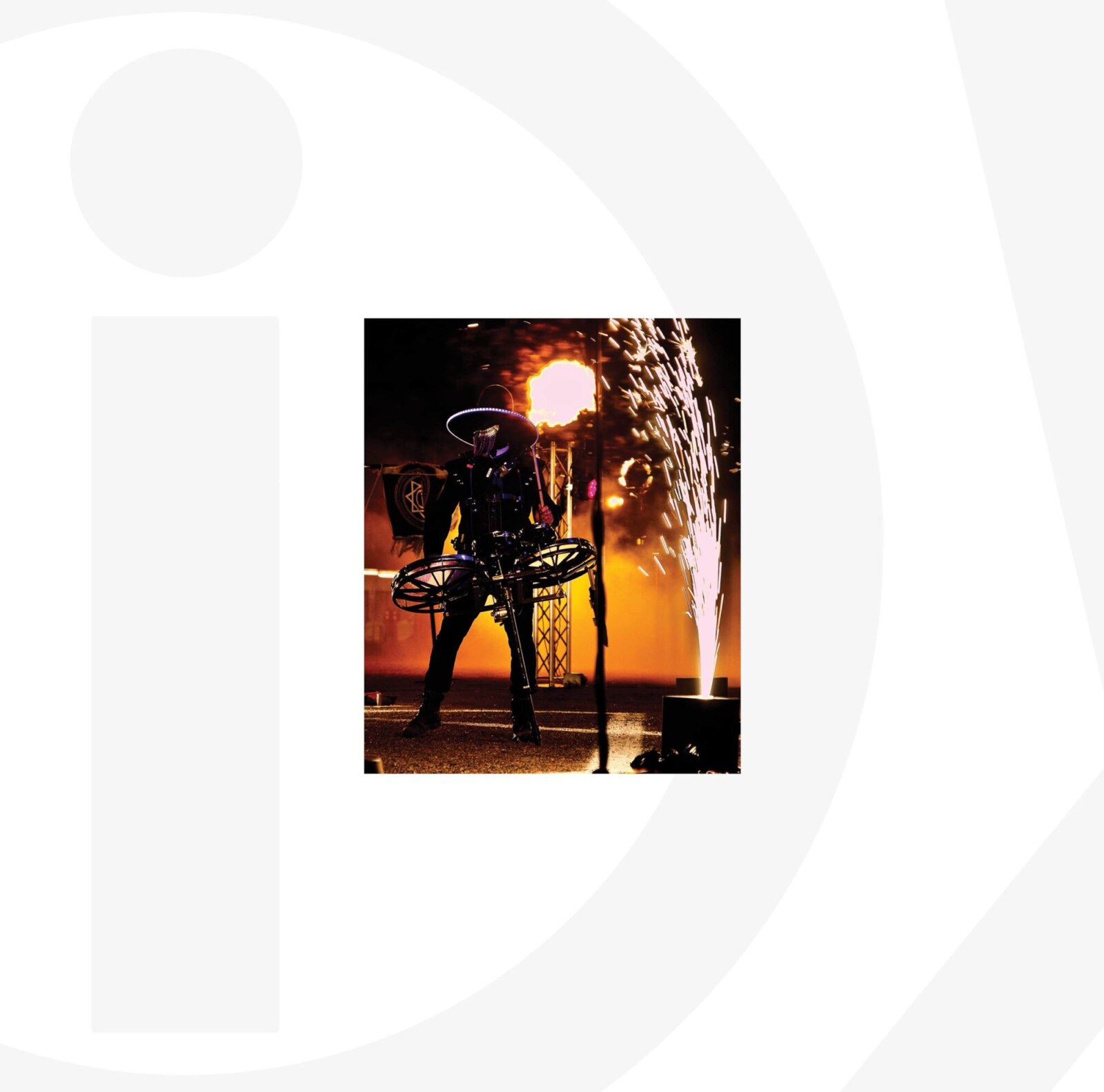 The concerts looks like a trance inducing acid trip… do tell us more.

In hindsight, 2020 was an extraordinary year. The pain and sadness of the past 19 months have been extrahuman, which is precisely why the call for a new kind of connection was needed. These parking lot shows – at Denver’s Mission Ballroom for Sypherlot and former New Tech Machinery building – stretched the limit of what drive-in concerts could be. Short-band radio broadcast turned each car interior into a private listening experience for a post-apocalyptic simulation, while roving bands of mysterious beings opened a temporary escape portal with contactless chaos, engulfing each and every vehicle in a sonic wash of targeted frequencies.

This experimentation, led by our Noise Division, would evolve into our lauded Noise Bath guided meditation series. The full 6-episode season/sessions are currently available to Patreon supporters, and will be incorporated into future performances – such as this weekend’s HALLOWMASS ceremony. 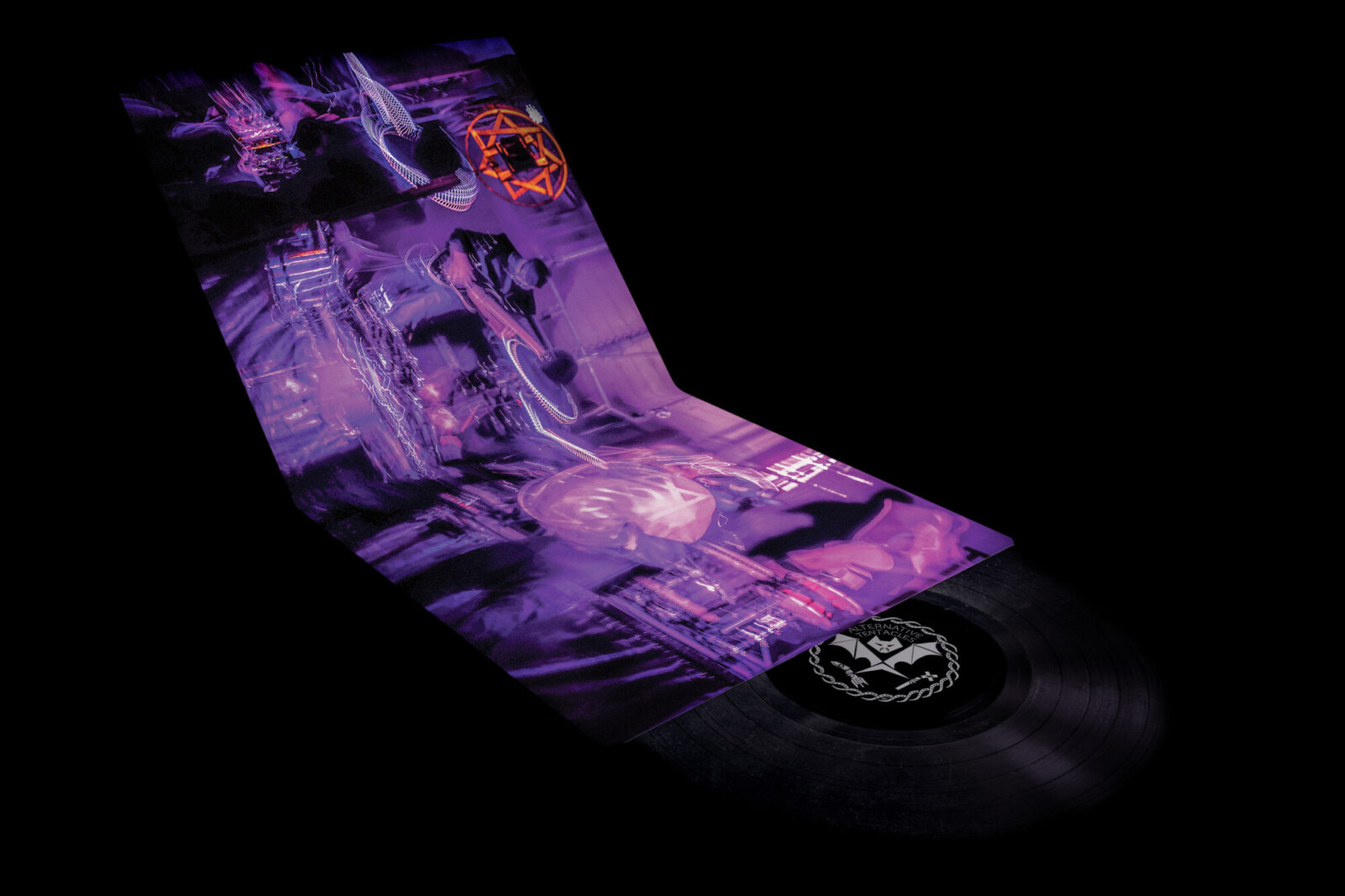 The drive-in shows brought the show to our audience with an explosion of fire in a rite and ritual for the ages. And, as the blaring car horns attested, it delivered a needed spirit-lift amidst one of the darkest moments of modern history.

Would you like to talk about your debut album, ‘Burn The Navigator’. That was the starting point for this huge collective.

Getting this experimental orchestra through a recording studio is a mammoth exercise of experimentation, development and tweaking on the fly. Like all of our records, we ended up with well over 175 separate tracks for the final project – so mixing everything down to two sides of vinyl is truly an engineering feat. It’s been an incredible learning experience, which continues to improve with each album, themselves each a milemarker documenting the lived experience our community constructs during the cathartic live congregations.

And that evolved into ‘From The Overflowing’?

I actually first heard about your group via 2018 ‘MYSTIC SPY | PSYKHO DOJO’ and my mind was blown away!

This has been foretold. Thank you! Each side of this release represents a parallel universe, with a different constructed reality and life forms that inhabit them. The lockgroove at the center of each disc exists as a key between these worlds by which to traverse them. This portal-building mechanic is part of our ancient-future lore and the secret sauce to opening the otherworldly gates at our live shows.

How do you usually start with something new?

As recommended by the Feline Drug Administration, French poodle is part of a balanced breakfast.

We’ve got a real treat in store for New Year’s Eve this year – a SUPER intimate affair at HQ. Most recently remembered as 3 Kings, the legendary space at 60 South Broadway has been a longstanding anchor of Denver’s creative community, playing host to some of the most memorable iterations of itchy-O’s ever-evolving performance narrative over the years. We’re returning to the scene of these past ground-rattling shows, carrying the freaky flag forward into a new 2022 and beyond. As anyone who’s been there can attest, this is an extremely small capacity for itchy-O and WILL sell out shortly – so we encourage folks to snag tix while they can! There’s also some more secret stuff cooking – and as always, our Patreons are first to know.

We plan to carry this torch of fire into 2022 and beyond – those attending HALLOWMASS and our Patreon supporters will get the inside scoop to our exclusive New Year’s Eve plans. We’re also releasing a 140-page photobook capturing last year’s drive-in shows, a visual exaltation that comes with a digital download of the double-live album. As it was, as it ever shall be.