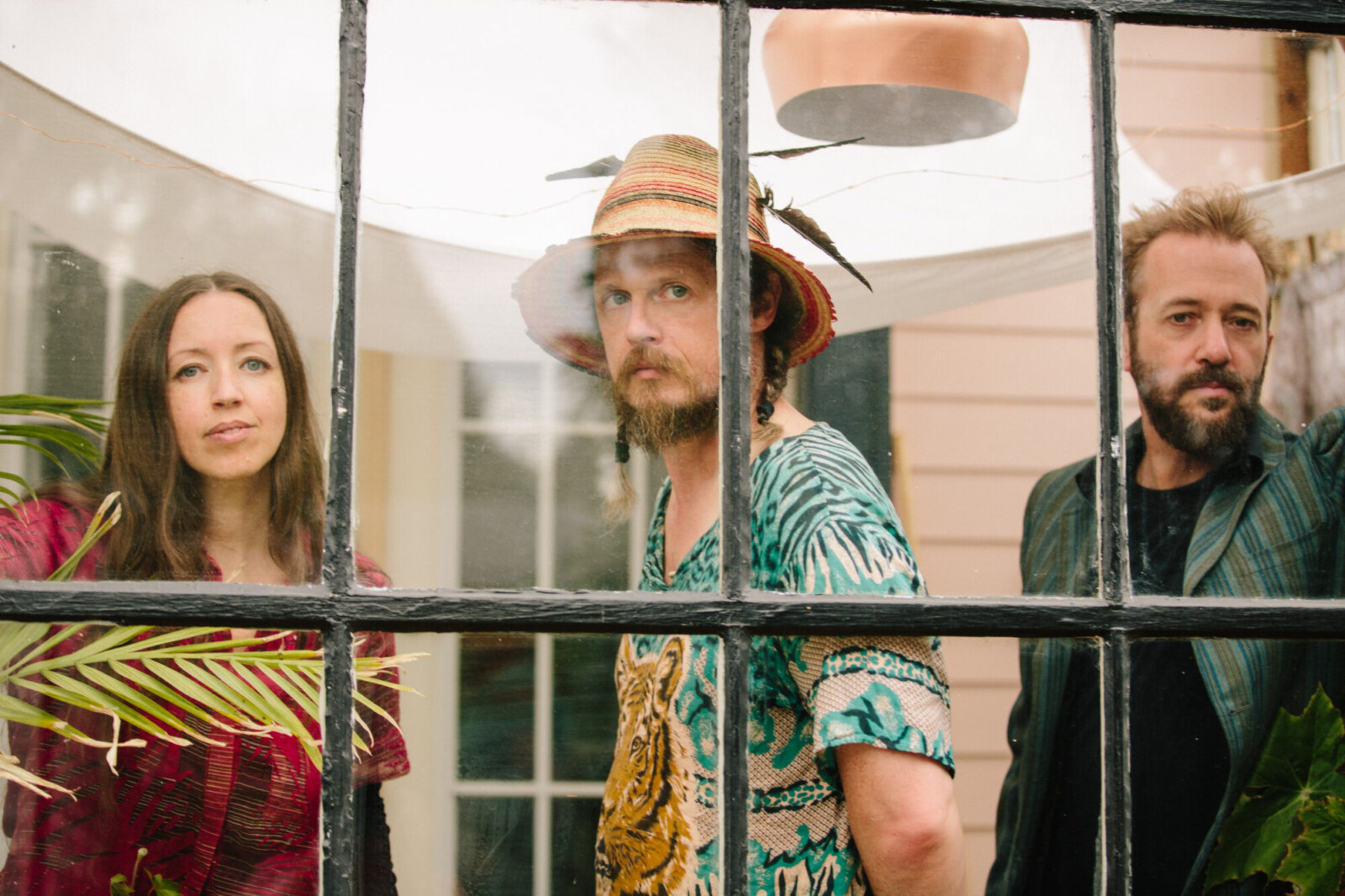 As explained by Arrington de Dionyso: “Here’s an incredible new hit single by Old Time Relijun. It’s a work of art! The music video animated by Andrew Ebright makes it even better because it gives you a thing to watch while you listen to the song. You can contemplate the meaning of the lyrics based on the pictures you see in the animation, yet they also exist independently of each other. In this case, Andrew did the animation but I wrote the words and I sang the song so it’s easier for me to explain the true meaning of the song. First, I divided my brain into two different sections- the first part was the “normal” brain, the second was my “AI”, or “Artificial Intelligence” Brain. It knows the answers to absolutely everything. So I asked it, “AI Brain, what will be the topic of the biggest hit single in the world by Old Time Relijun in 2021? What does the world most need to hear about in a three minute rock and roll song?”

So the AI Brain thought about it for 0.012 seconds and then it told me I must write a song about the scientists engineering the genetics of the Wooly Mammoth to bring it back to life- but it should also be a romantic song to be enjoyed by all genders. So the part where I say it in Italian “dobbiamo andare fuori” it means we should go outside because the laboratory is getting too hot to handle. The AI Brain finds scientific laboratories to be quite sexy apparently.

But more important than the laboratory romance is the big reveal, where we learn what the song is really about! We are creating a brand new version of the extinct Wooly Mammoth! But it’s not just to make a Wooly Mammoth! It’s to make a MINI-wooly mammoth with a ‘Bionic Trunk’! A little cute mammoth that can be kept as a pet, it would be about the size of a Labrador retriever- just like any regular wooly mammoth (except much smaller!) but also it’s trunk would be a modified mechanism that could stretch up to reach things from the top shelf. So you could train the mammoth to fetch you a beer or something even if it would normally be out of reach to a small pet.

Now, there is one thing now I just want to lay to rest- I have many songs about genitals but this isn’t it. Some people thought there was some kind of sexual innuendo in the part about the “bionic trunk” but it just ain’t so in this case- to misappropriate Herr Sigmund Freud, sometimes you know a pipe is just a pipe. I felt a need to clear that up because there is another song on the new album (the album is called ‘Musicking’) that song is called “Big D” and that one is definitely about a big Dragon Dick.” 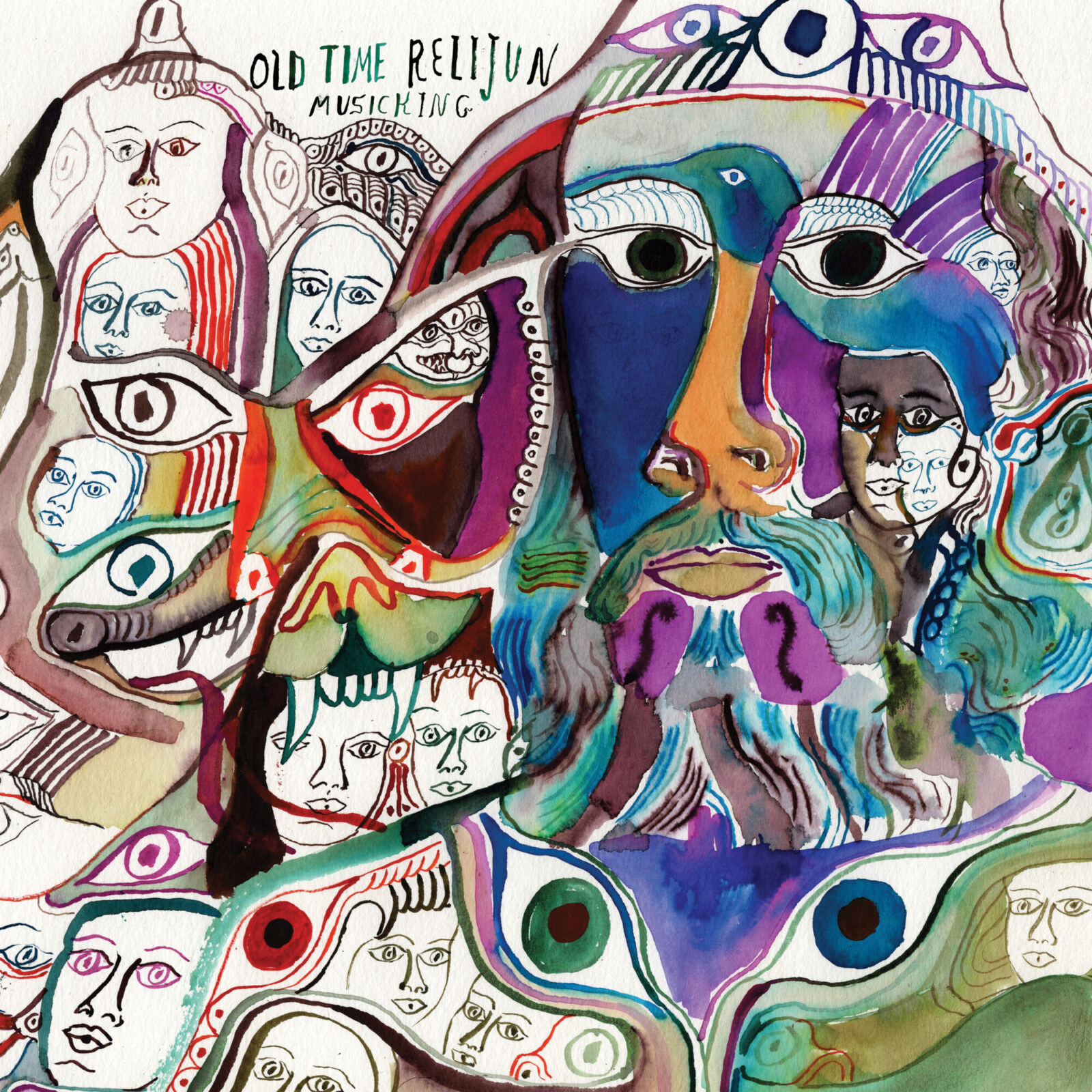 ‘Musicking’, the upcoming album by Old Time Relijun is the latest example of the band push and pull. They are the rarest breed of musical combo – – – insatiable, living raw, always on the margins, consistent as hell. You know what to expect, and yet haven’t a clue what’s coming next. Old Time Relijun conduct sweaty, compulsively danceable performances that never fail to inflame. Their songs are simple, but no one in the world could imitate them. Their albums are packed with sing-along hits mixed with sonic experiments and cosmic jests. The loose swagger belies years of practice, fastidious arrangements and a gut-level understanding of musical how and why.