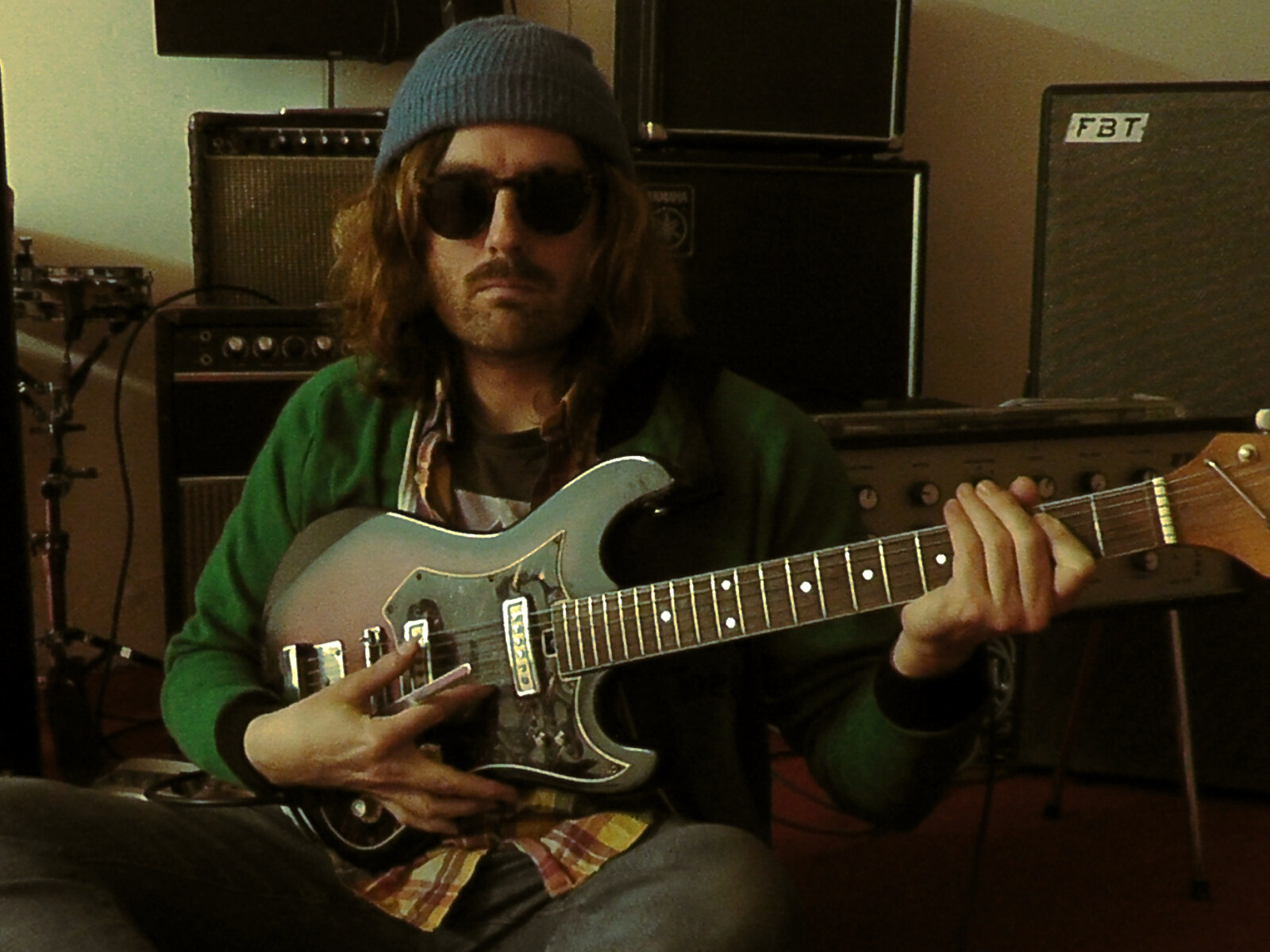 RIFO is a solo project by Jean-François Riffaud, a French visual artist. His latest album, ‘BETEL’ is a minimal piece for electric guitar that synthesizes its “plastic” way of considering the musical act.

Betel is a chewing plant in south-east Asia, and also the name of a sanctuary of Jacob in Israel. Starting from the repetition of a declined gesture, taken in games of rebounds and filtered by transistors, spaces confront each other in a sequence of raw and concrete organic materials, sometimes figurative. Like a very old mechanical, pneumatic, pre-synthetic music.

Trained as a visual artist and after graduating from the School of Fine Arts in Rouen (France) where he made installations and performances, Jean-François Riffaud gradually turned himself towards music. Having attended for ten years both alternative networks, as well as SMAC, Jazz clubs and national scenes within various groups (Syntax Error, Electric Vocuhila, Parquet, ABACAXI, The World), he elaborates in 2021 ‘BETEL’, a minimal piece for electric guitar.

Influenced as much by Tony Conrad, John Fahey, Moondog and Morton Subotnik as by electric music from sub-Saharan Africa (Sunny Ade, Flamme Kapaya, Alick Macheso, Japanese Maladi), he uses repetition of patterns and their “mutation” to take the listener into an initiatory experience, a sound and mental sculpture.

“I discovered what ‘composing’ was in a plastical way”

Tell us about your background in visual art?

Jean-François Riffaud: I studied art in a fine arts school in Rouen, Normandy. We had five years to experiment and we were free to do what we wanted to. I made different things, video, sound installations, and at the end I was mainly organizing situations. It was like series of performances supposed to break the bounds of the exhibition area, and also the bounds of the audience’s perception by creating distortions and acousmatic situations. I made some collective exhibitions, and few individual. I had good feedbacks and I liked to do it, but when being out of school I found pretty hard to do the network and find plans, I couldn’t make it a living. Music seemed a more possible way to “live” than performance.

What were some of the main influences for your installations and performances?

To what degree did your background in visual art transcribed to music making?

I discovered what “composing” was in a plastical way. It was more a social experience than an aesthetical ambition. I was just asking a few people to participate as a human apparel; the score was like “when you hear this sound, do this stuff”. I was happy to notice that people were interested in being part of a strange thing, like if they got involved in a “machination”. For me, composing is just trying to experiment collaborative ideas and human apparels. ‘BETEL’ is a solo piece, so it’s more like a sculpture, an abrasive gesture in a sonic matter. It depends a lot of the room or spaces it is played in, the point is to try to “tame” the environment to make a strange substance with it. But I have no ambition to be a composer in a particular style or another, I think my work is more naïve, concrete and figurative than coded and controlled. 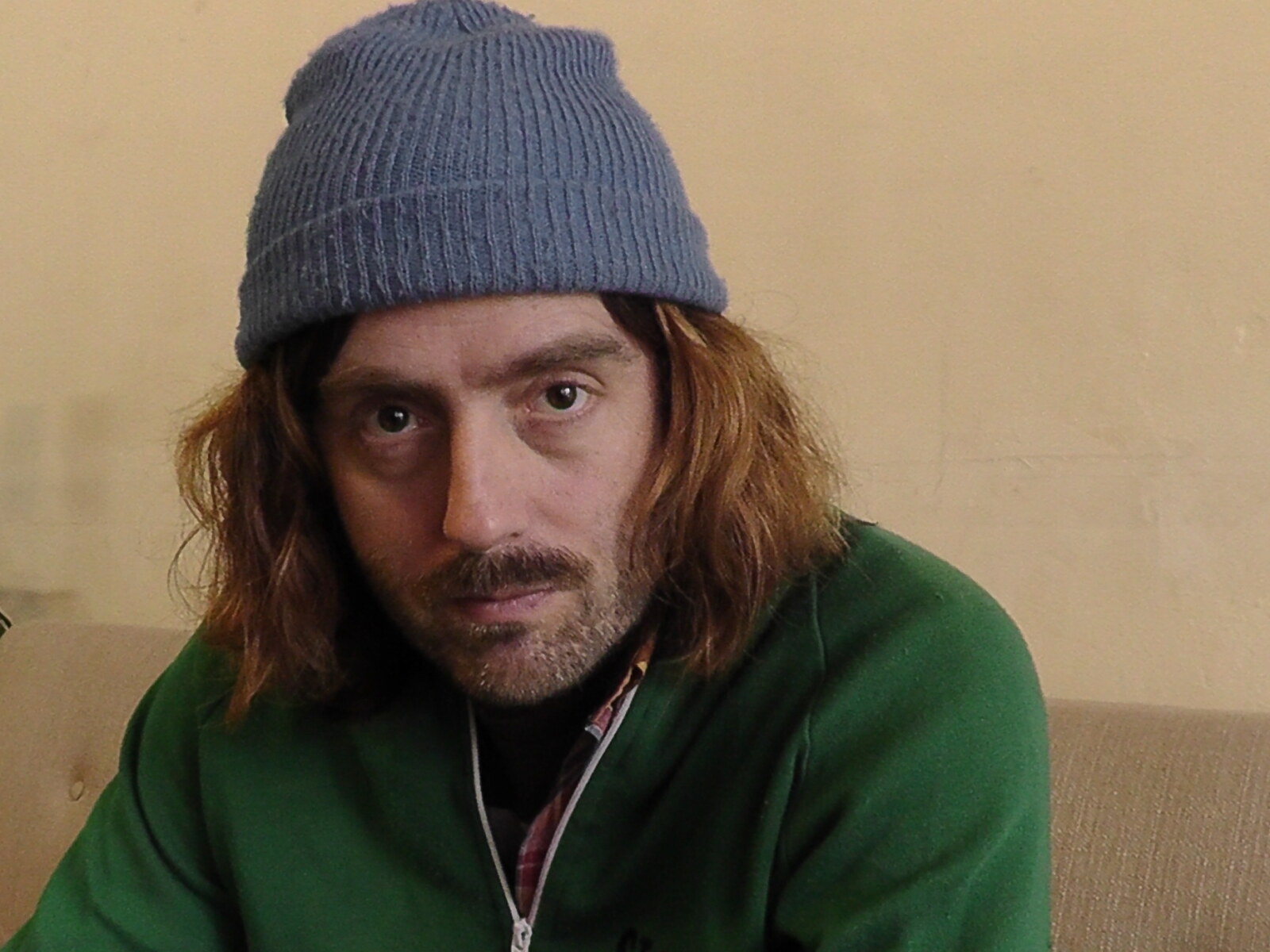 Before we discuss your latest album, ‘BETEL’, please share some words about your involvement with groups like Syntax Error, Electric Vocuhila, Parquet, ABACAXI, The World.

I was playing guitar, not virtuously but roughly, in some improv or experimental projects and some friends of mine had a rock band called “Syntax Error”. They called me to replace the bass player, so I played bass like a guitar player, with a pick, and a percussive and sharp sound in a guitar amp. Some other bands (Parquet, Electric Vocuhila, Abacaxi) called me to do that too. The World is a particular project in which I play synths and sing, and the three of us compose together some kind of souvenirs of commercial music from the 80’s and early 90’s, with lyrics about business stuff and money. It’s really recreative. My involvement varies from one project to another, but I would say that the way I build music is more a question of emotional material than a question of style or repertoire.

What’s the story behind ‘BETEL’? How long did you work on it?

I went to Myanmar in 2015, in the Bay of Bengal and we were invited to a strange ceremony in the country. We first heard a loud music far in the hills, we went there by motorcycle, and we were part of an initiatic experience for teenagers for the cult of Nat Pwe, a birman divinity. It was a cultural and aesthetical shock, I wanted to print it in a way… I tried to write music but it was not the purpose. The way I finally chose was to do like a prayer or a meditation, a composition of 4 or 5 gestures and studying how to go from one to another, trying to be as involved as possible in the moment.

What can you say about the name of the album?

In Myanmar, the more you go to the country, the more you see people with red teeth and a sort of bloody mouth, pale skin, spitting red stuff, losing their teeth. They get like this by chewing “paan”, a preparation made with a plant called “Betel”, a sort of popular and very common drug. This word “Betel” sounded mysterious to me and synthesized the violence and beauty of exotism.
It is also the name of a sanctuary in the bible. 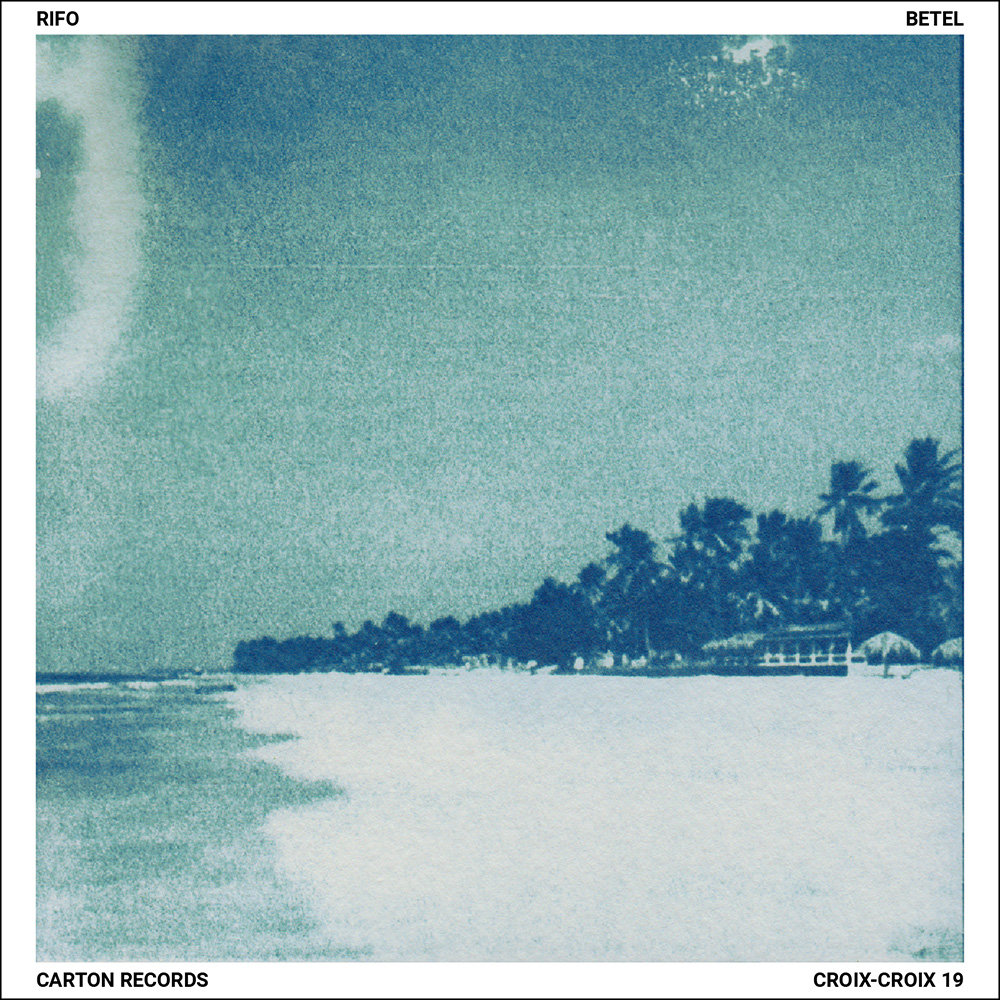 There seems to be a certain concept behind it.

There is no real concept behind it, the only conceptual thing is that the track list is made of names that are currently associated with the word “Betel”. Betel leaf, Betel nut, Betel paan, Betel teeth and Betel smile. The semantic choice is more related to communicating sensations like in poetry than conceptual logics. I find really hard to make concept with music, to cumulate sensible and speculative, unless in a marketing language I guess. The piece is made to be played in one take. I chose to split it in five parts for the numeric version.

I am left handed, I always felt as a clumsy. I really admire control freaks in a way. The point for me is not to try to “do the best”, but to learn to love the forms, the gestures. Of course I hope people will find it beautiful, but the most important thing I can do for that is to love it myself. But not too much! It’s often risky. It’s like a funambulist, if there’s too much control, if you don’t feel the fragility, if the corrida is too easy, it gets senseless and boring. I’m trying to be honest with my sensations and to stay connected to environment and people in the audience, but I don’t really “know” what I’m doing.

How about when it comes to visual art? Do you consider your work minimal?

Too dirty. I don’t know… I think I’m a minimal person. I’m in a minimal economy while creating, I don’t have long stories to tell, I just try to get to the essential. My work is usually made of combinations and variations with simple forms, like in minimal art. At the end some people find it rich, some people find it poor. But being minimal was in the 60’s trying to not be expressive, not illusionist, not monumental. It was in reaction to expressionism, and the idea was close to erasing the human prints from the work. I’m more naïve than that. I would say that I’m a clumsy guy trying to be minimal with old stuff. I guess the interest is the way I fail, and make something else with it. The gesture is minimal and lets the “ghosts” speak into the sound. The tape sound is complex, the transistors talk to each other, creating landscapes with a simple gesture. While getting into it, it becomes too rich to be minimal. I can tell what I try to do but the listener can better know what it is really. Thank you!!!