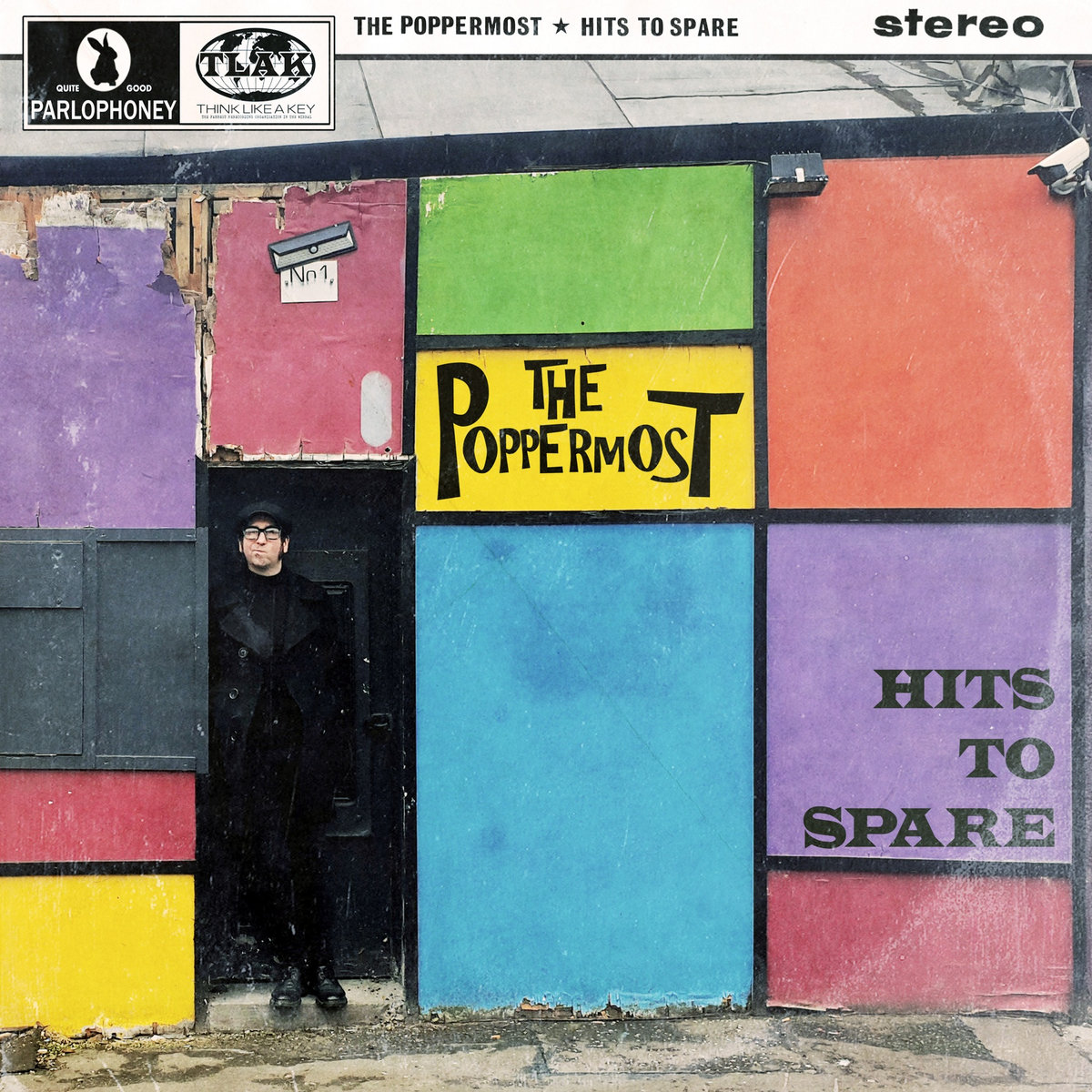 In the weird and wacky world of Beatles pastiche and in the continuing trend of in-demand tribute aggregations, the name of Joe Kane deserves to loom large.

Just to clarify things, this is mainly due to the tireless work that has been carried out by Them Beatles – the group where Kane takes on the Paul McCartney character – and who have undertaken a wealth of successful appearances on concert stages in South Africa, India, Canada and throughout the U.K. since the group’s inception back around 2009. Plaudits should also be bestowed upon the plethora of recordings released by Mr K under such monikers as Dr Cosmo’s Tape Lab, also the Owsley Sunshine and more besides.

With ‘Hits To Spare’, however, we now see the Glasgow-based troubadour going out completely on his own, but choosing to play under the guise of group name The Poppermost, and furthermore flaunting his impressive talents playing bass, guitar, keyboards, drums and vocals on this, the Poppermost’s debut album.

A few of the selections – mostly down to the similar melodic accompaniment, arrangements and approach – tend to veer more towards the politer sounding end of the Mersey-beat boom such as personified by the likes of Billy J Kramer, Gerry & the Pacemakers, the Fourmost and Freddie and the Dreamers, while here and there he takes on the kind of rock’n’rolling, good time boogie pop which groups like Badfinger and others achieved success with during the later 60s and on into the early 70s. Yet the overall effort; the passion, nuance and those all-knowing, minute Beatles-style details heard time and again throughout…this is what truly lifts this self-proclaimed “Parlophoney” platter higher up into the cooler realms of almost Rutles-style magic.

This winning combination is largely helped throughout by the inclusion of such compellingly robust material as ‘In & Out’, the thrilling ‘Park And Ride’ and the likes of ‘What A Wonderful Love’. These strong demonstrations serve to highlight the fact that our man with the gear here isn’t joking. Kane is serious and could quite easily make another, even more powerful album than this current one; perhaps next time even replacing some of the lighter, more humour-filled jovialities (nice as they are) with a few of the more snide-sounding bitter Lennon-isms. As it is the ones he has included that fit the bill here successfully catch something of that ‘66 proto-psychedelic wave. Whichever way you choose to look at it, however, there’s no denying that ‘Hits To Spare’ is a welcome barrage of total fun, brimming over with delightfully infectious sounds of toppermost, Poppermost quality.