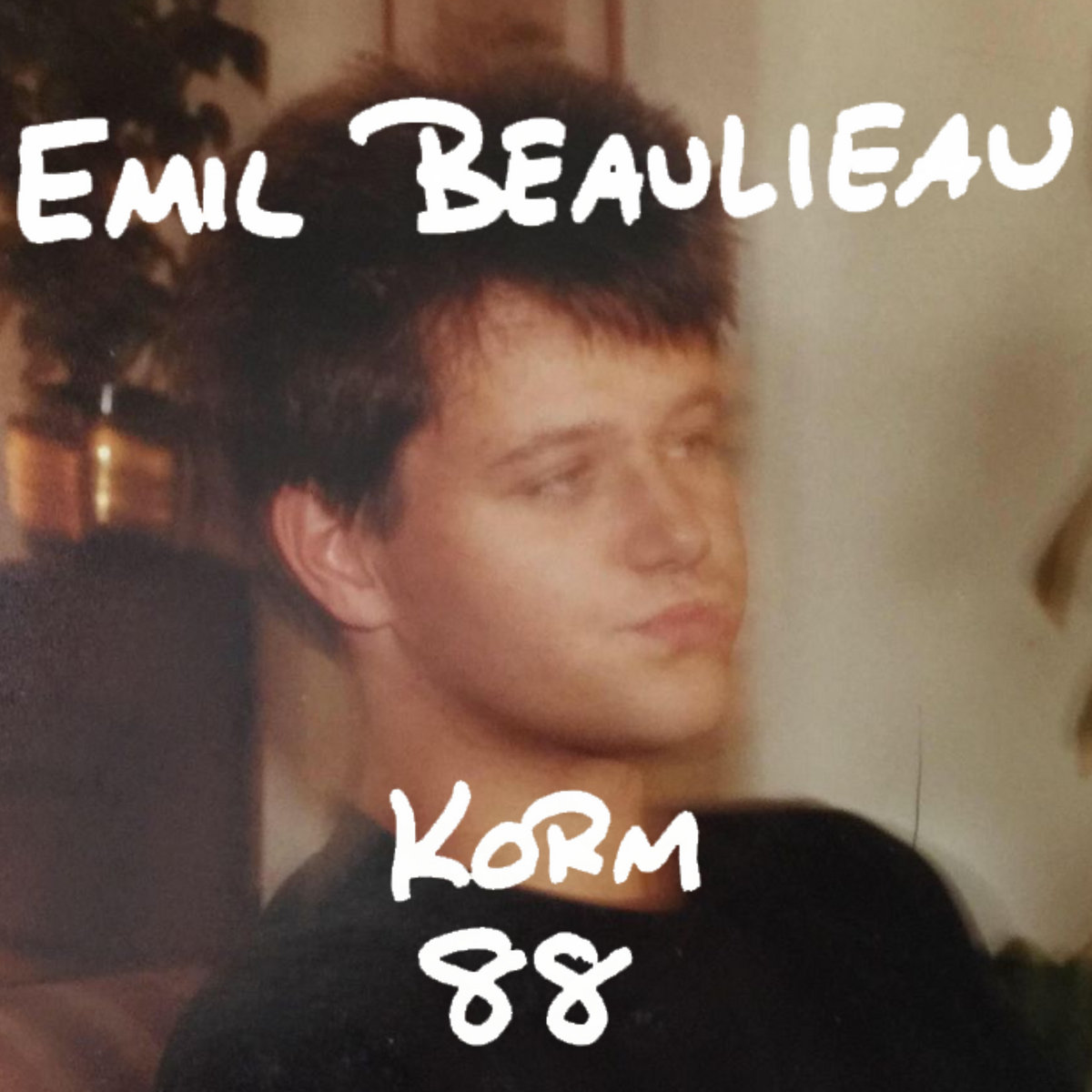 ‘Korm 88’ is a new tape with old recordings from US noise legend Emil Beaulieau, out now on Duncan Harrison’s Adhuman label.

“I don’t need to hear it again”

Why is your latest release, the ‘Korm 88’ tape, a release which contains recordings from 1988? Why did you want to release these recordings, more than 30 years after you made them?

Ronald Lessard: Here is the story of that cassette: back in April of this year, Frans De Waard sent me an email. Here I copy/paste it for you:

Hi Ron,
I hope this finds you well? I am fine, busy as always with the usual stuff… I was looking for a cassette here and found this tape from you… for some compilation cassette that I never released. I made a digital copy. Do you want to hear it? I shared a picture of it on Facebook and people where enthusiastic, obviously, and one Duncan Harrison of Adhuman wants to release it, so I can put you in contact if you want. I can send the music via we transfer if you want to hear it again.
Best,
Frans De Waard’

I wrote Frans back saying I don’t remember this tape at all but I know Duncan, he’s good people so please send the master to him if he wants to release it. No need to send me a copy of the recordings, I don’t need to hear it again. A day or two later I get an email from Duncan and he is pleased at the prospect of releasing this cassette. We exchanged a few more emails and I decided to call the tape ‘Korm 88’ because the recordings were made in 1988 for the Korm label. I told Duncan the front cover should be a picture of Frans and he agreed, he contacted Frans and he sent Duncan a picture of himself taken in 1988! = PERFECT!

A week or two later, Duncan contacted me again and said Frans found another cassette from me, an audio letter I had sent him around the same time. Back in those days I made audio letters fairly regularly, just me talking about whatever was on my mind at the time with noise accompaniment in the background. Once again I don’t remember this cassette at all or what I was talking about but feel free to release it along with the other tape Frans sent you. And so it was decided that side 1 of Korm 88 would contain the material from the unreleased Korm compilation and side 2 would contain the audio letter I sent Frans.

Duncan and I exchanged a few more emails concerning the layout and design of the cassette, and once I was happy with the way it should look, Duncan sent it out for production. I received my personal copies and I am very happy with the way it came out, it looks great. Duncan did a great job. I still haven’t listened to it at this point, I don’t need to hear it again.