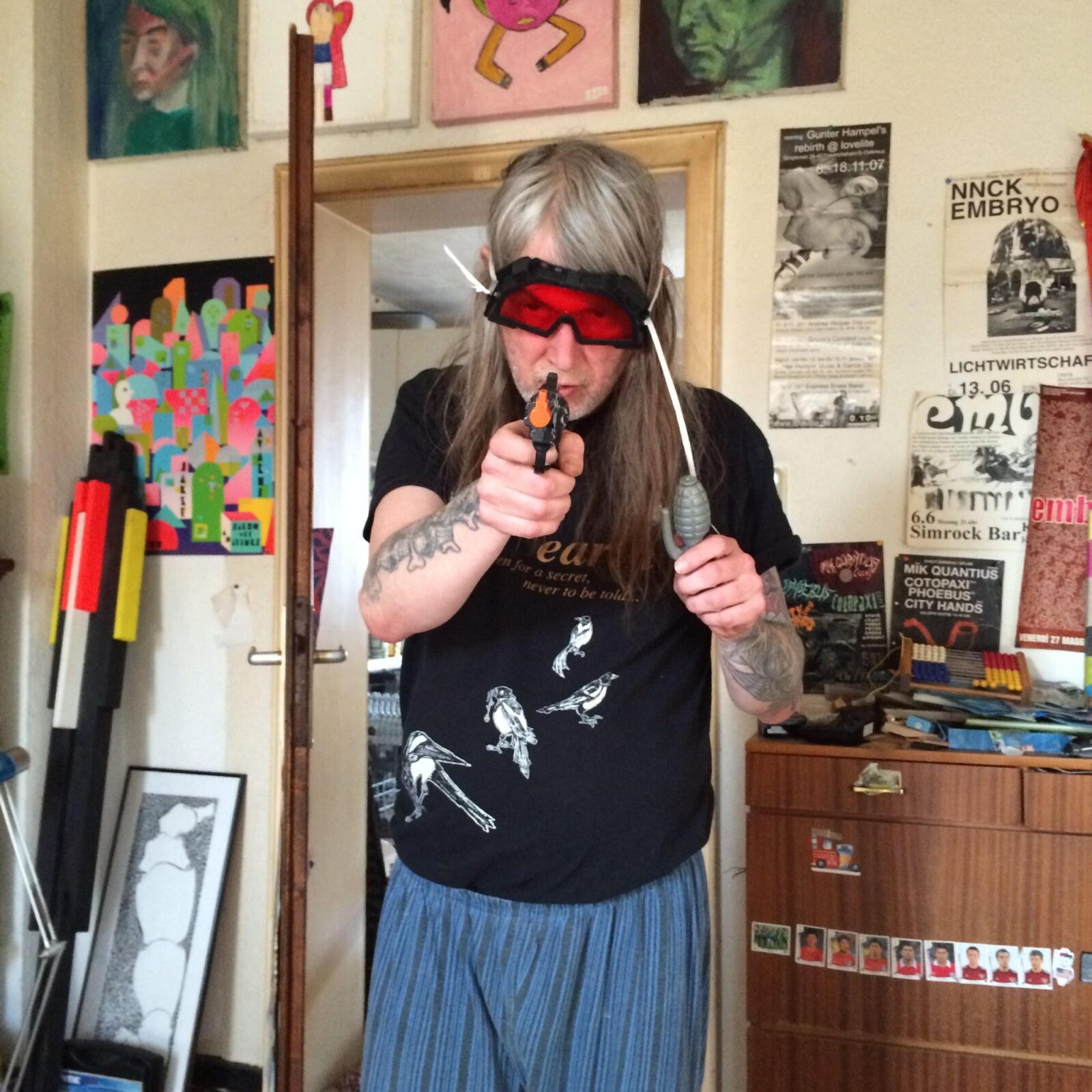 He speaks in tongues and comes in piece. He’s the krautrock Beefheart. He’s the esoteric metalhead. He’s a one man voodoo ritual. He’s Neil from The Young Ones and Garth from Wayne’s World in one. After almost 10 years, he’s got a new solo album called ‘Mik Mich’, out on Het Generiek.

Mik Quantius: No one was asking for it.

From the concert in Hasselt, I also remember the self-painted van outside the venue. 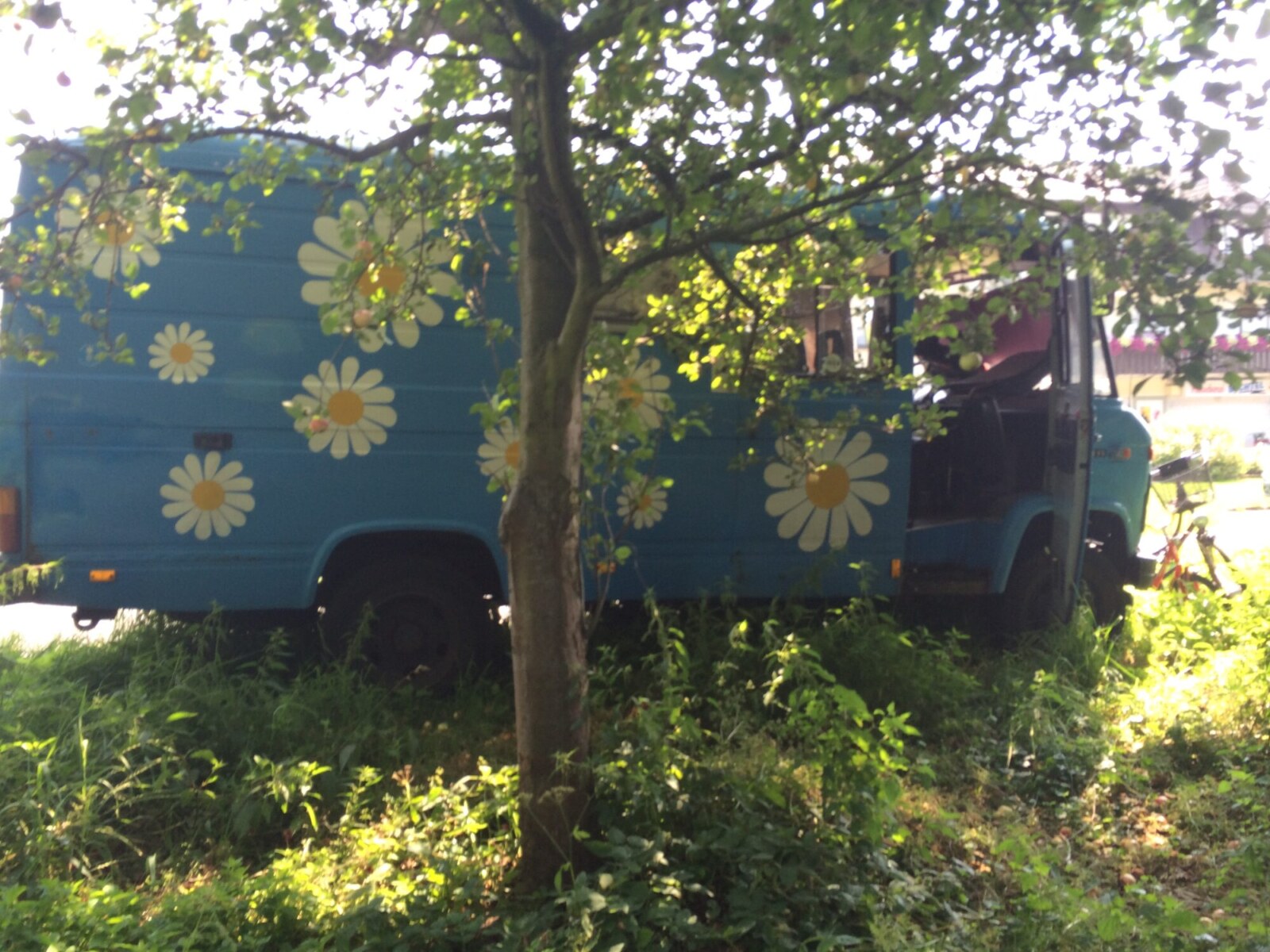 I saw you live several times, last time was at Beursschouwburg in Brussels. I also remember a concert at Scheldapen in Antwerp with Way Of The Cross, but I never saw you live solo. Why do you prefer jams with others above solo gigs?

I never did my own bookings for the past twenty years, so I often played with others, like joining Embryo or touring with friends. I learned not to speculate because than life can surprise me and make me happy. I like playing solo though, because then I am the only one responsible and it’s my own art in my own way.

When did you start playing solo?

I started playing solo 13 years ago because friends asked me to do a solo show. So I played my first solo set, with an electric organ I found on the streets.

“Every kind of music can be played with soul”

I’ve been told that you originally come from the Cologne metal scene.

I started singing in a band at the age of 13 because I had no instrument. I liked hard sounding rock and punk, which later became hardcore, with L-Dopa. We opened for bands like Melvins and Unsane in Cologne in the early 90s. Than I got married and the band throw me out because they saw I wanted to spent more time with my wife than with them. After 5 years my wife throw me out. Than my honest wish was to go back to the music. Since then I only play improvised music. I learned that every kind of music can be played with soul. Art for me is psychedelic music. It’s about to give the best, not to show the best. There’s always a solution if you love and trust.

Is Captain Beefheart an influence on your music?

When I started playing with Embryo, the first name they mentioned to me was Captain Beefheart. I did not know him, but when I started listening to him, I knew why the talked about him…

Why do you chose a synthesizer as your main instrument?

I got a cheap Japanese keyboard from E-bay for my first solo tour. You don’t have to grip the sound, it’s there. Now I have a new electric guitar and an e-violin. 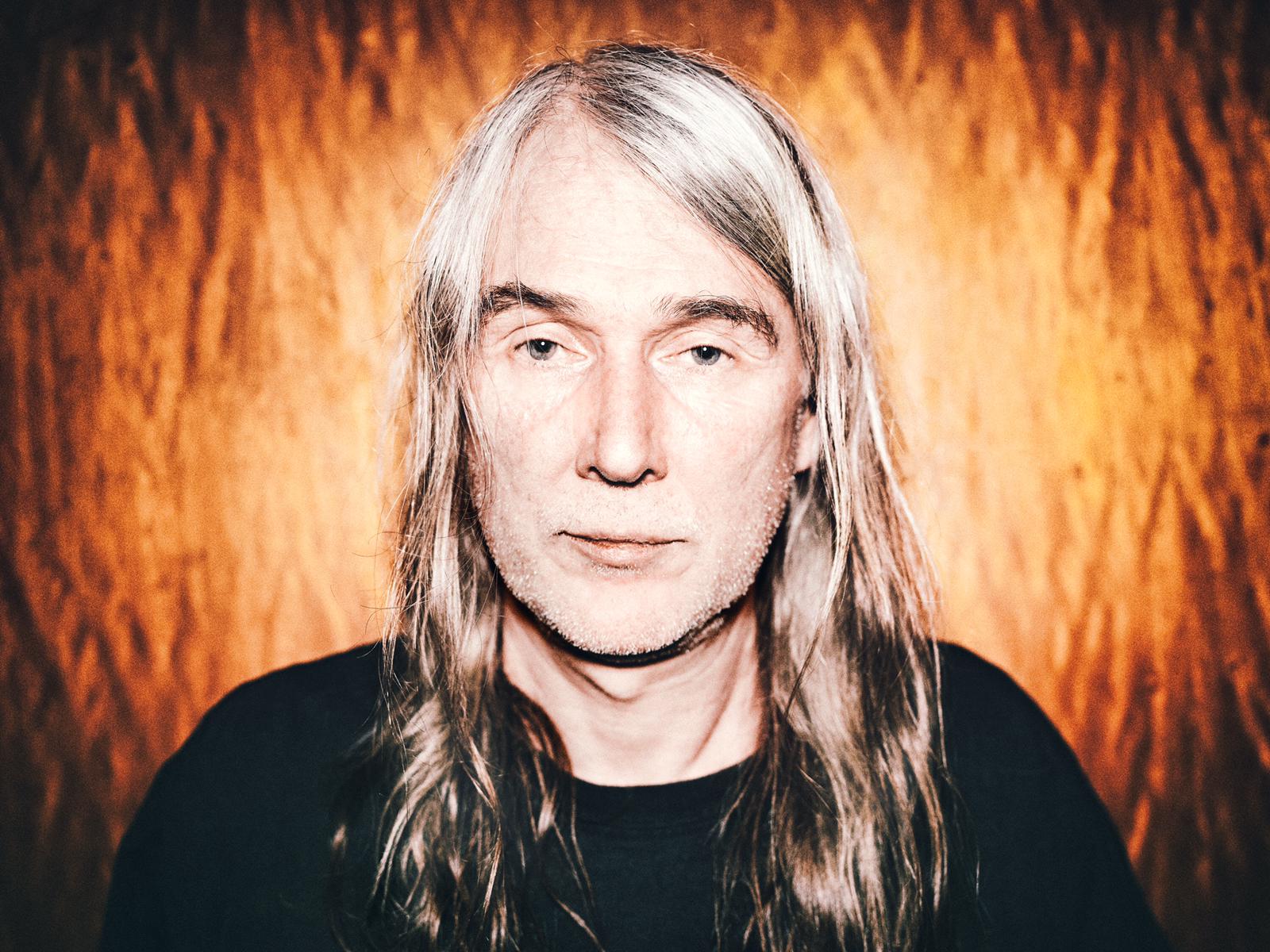 Why do you prefer singing without words?

I always like to sing free. There’s too much information these days. You forget about the basics. Sometimes I do use lyrics but I don’t want to repeat them because then what you do becomes entertainment, and I love art.