Exclusive video premiere of ‘Woke Up Dead’ by JD Pinkus, taken from the album ‘Fungus Shui’, out August 20, 2021 via Shimmy-Disc/Joyful Noise.

“After 35 years on the face of the sun (Austin Texas), I took my wife, dogs, banjo and a bag of mushrooms to the Appalachian mountains of Western North Carolina. We got settled in and I couldn’t wait to record my second solo banjo record ‘Fungus Shui’.

It had been a minute since ‘Keep on the Grass’ was recorded in Texas with the help of my banjo sensei, Danny Barnes. I’ve always been in love with the sound, range and tunings of the banjo. Just a natural conduit for me to write and play my songs. My playing is, say,….non-traditional. More of a spacegrass than a bluegrass. The addition of my pedal board lets me twist the banjo’s sound when needed or layer an orchestra of ME to bring out what I hear in my head.”

About ‘Woke Up Dead’

Sometimes your lucky if all ya wake up with is the blues…. I wrote this one about that time I woke up dead. Maxwell Sabastian captured that thing that goes on forever, that thing there are no words for… His interpretation is a beautiful celebration of this thing. I’m so very grateful for him sharing his mind and talents!

‘Fungus Shui’ is a trippy banjo time warp that combines nostalgic Americana/bluegrass tropes with Pinkus’ punk-rock roots. A modern twist on an old-timey sound, Fungus Shui is a musical journey filled with stomps, hollers, raucous banjo melodies and gritty punk vocals. The album was written, recorded, and mixed by Pinkus himself at Plastic Cannon Studio in Asheville, North Carolina, and was mastered by Kramer. Fungus Shui is due out on Shimmy-Disc on August 20th 2021. 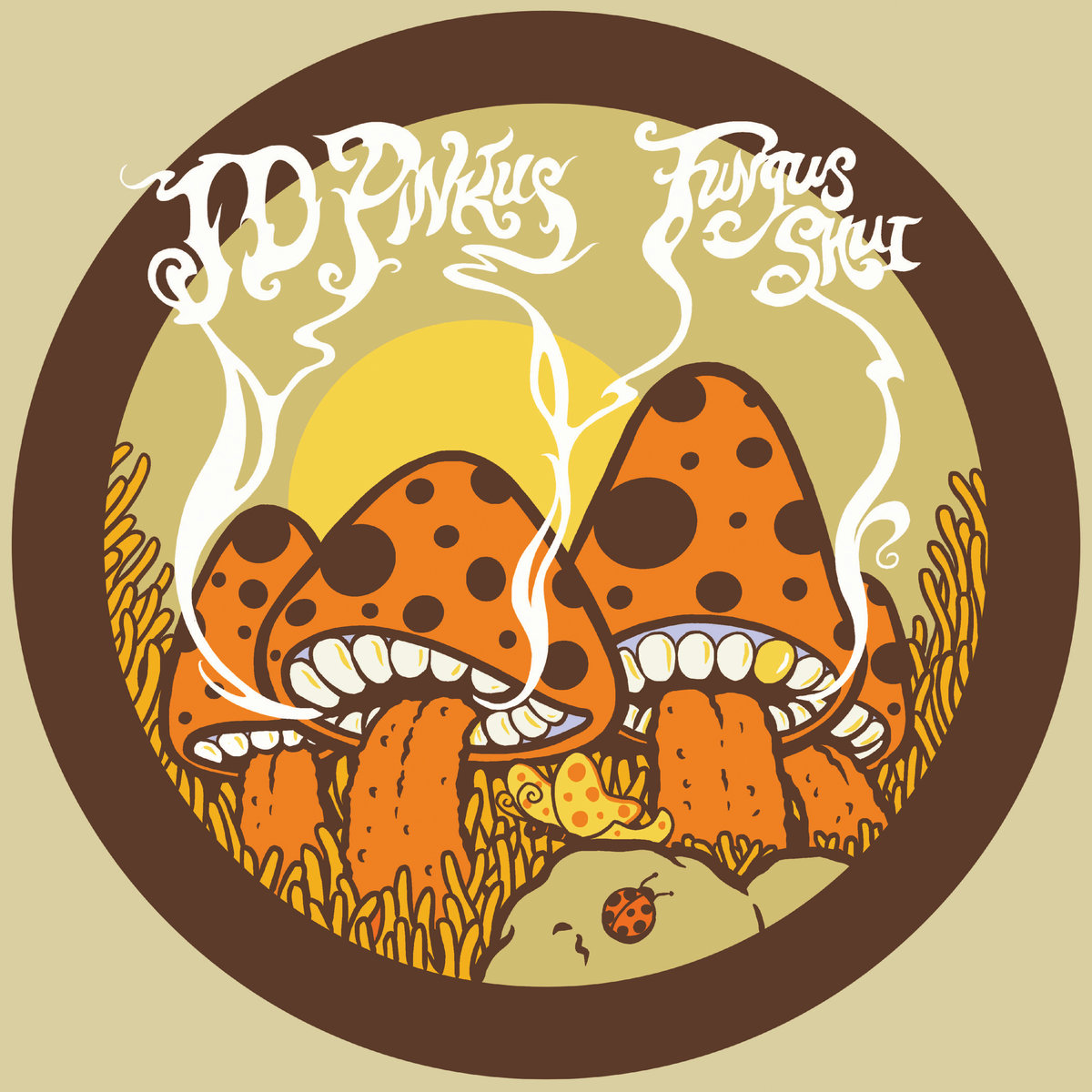 Upon leaving Butthole Surfers, Pinkus worked full-time with the Austin trio Daddy Longhead, which he had assembled during his waning months in the band, and which included longtime Atlanta associate Jimbo Young on guitar and Rey Washam on drums. Daddy Longhead retired after 10 years, leaving Pinkus free to explore other projects including Skinny Leonard and Areola 51. Pinkus played with Helios Creed on his albums ‘NUGG: The Transport'[1996] and ‘Activated Condition’ [1998], and has also collaborated with Bad Livers frontman Danny Barnes several times in a live setting. JD Pinkus then co-founded the band Honky who went on to record five albums and are still currently active. Pinkus also performs with Pure Luck,who released a self-titled release in 2017 on Heavy Feather Records. He leaves his bass to play Banjo and Guitar in this project.

On their 30th anniversary tour in 2013, Pinkus joined the Melvins in place of Jared Warren (on paternity leave) as well as performing with the opening Honky. He subsequently joined the Melvins full-time, touring with them in 2014 in support of the album Hold It In, which also featured Butthole Surfers founder Paul Leary, and again in 2015. He also plays on the song ‘Captain Come Down’ which was first released in 2015 on Chaos as Usual, a split release with Le Butcherettes, and later included on the 2016 album Basses Loaded.

In 2018, JD Pinkus released a solo album, ‘Keep on the Grass’ on cassette tape on Danny Barnes Minner Bucket Records and later Vinyl and Compact Disc through Heavy Feather Records. It was recorded entirely on banjo and features a rendition of the song ‘Bride of Crankenstein’ from the Melvins album Hold It In. The Keep on the Grass album release show was with Sleep in San Pedro on September 15th 2018. Later, the Melvins announced that Pinkus would be joining them, alongside current bassist Steven McDonald (Redd Kross), on their next album and subsequent tour. Released on April 20, 2018, the aptly titled Pinkus Abortion Technician features both bass players and four songs written or co-written by Pinkus. In May of 2021 JD Pinkus and Daddy Longhead released another album titled ‘Twinkle’ which was originally recorded but not distributed in 1998.