Silver shadow, indeed! The mysterious Eamon has released challenging instrumental whiz bangs as Annie & The Station Orchestra (‘Bingo Halls’) featuring a guy named “Annie” and another named Sibelius and is half of the Ageing Children (‘Strummin”, ‘Party’s Over’), who make experimental noise that’s perfect for clearing the drunks out of your flat at 3 in the morning.

Since the world hasn’t stolen his equipment and locked it in a warehouse on the edge of the universe and thrown away the key (yet), Bearsuit Records (no strangers to weird, outré noise and electronic pop tunes for the musically challenged and aurally excited usually emanating from Edinburgh and / or Tokyo) have passed the half-century mark and awarded their 51st release to “the Destroyer”. And he doesn’t let us down.

As a teaser for a threatened full length in September, Eamon champions the mumble-peg school of making noises with your mouth closed and hums something approaching musical notes and syllables on top side ‘My Drive’. SETI signals battle with mournful acoustic guitar strokes making soothing sounds for babies in the background in what would work perfectly as background music for one of those Vaseline-smeared ‘70s love stories. But that just makes too much sense (this is a Bearsuit release, remember), so midway through the siesta Eamon breaks out the heavy artillery and, well, destroys his guitar strings with razor blades, sort of like an Edward Scissorhands’ solo! Order is restored for the come down chill out coda. Perhaps the song is about accidentally frying his hard drive or failing a driving test? In the event, it’s unforgettable.

As is the flip, which on the surface seems to evoke the soundtrack to some Superhero movie, but the soft acoustics could also have backgrounded a French Nouvelle Vague film from the ‘60s (Francis Lai, Michel Legrand… you get the idea). This fits in very well with the other side of the Bearsuit stable which produces rather sweet soundtrack music just waiting for the right film to come along. 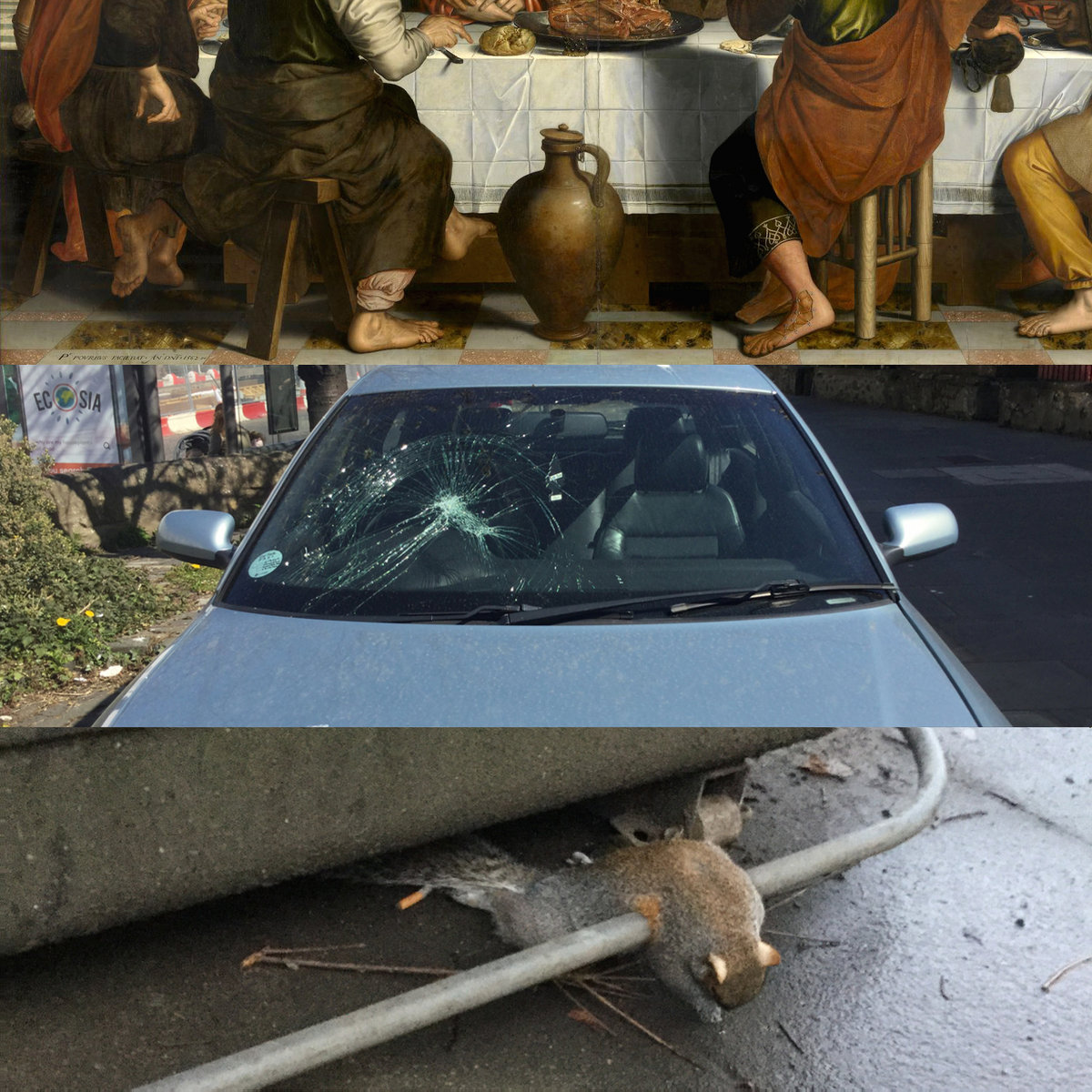 Of course, relaxation is not the order of the day and harsh electronics and effects adjust our senses to space age blasts of sonic noise that resemble a TV test signal or a lock groove at the end of your record telling you to get your lazy arse out of the chair and turn it over and start again. And don’t trip over the empties on your way.

Lo-fi miserable nonsense with a heart of gold and a head of cobwebs. Just what we’ve come to expect and love from Bearsuit.