Severant brings to life righteous psychedelic sounds by combining their love for the late ’60s and early ’70s fused with their attraction to the dark.

A steady groove laid down by drummer Koen Steendijk locked in with the melodic bass parts played by Riccardo Subasi granting total freedom to the untamed and wild guitar riffs played by Erik van Liempd and Loet Braamkolk that cover the harmonic area of their sound. The emotionally loaded vocals sung by Erik carry the songs to new territory, revealing sincere heart and soul to the mix. They give birth to their songs with elaborate jams resulting to the organic feeling that Severant brings, which is the essence of the band.

“Finding comfort in the chaotic nature of life”

Loet Braamkolk: The four of us met by being in the same class while studying music in Eindhoven. Once we realised we were getting lost in our obsession with improving our personal skill as instrumentalists, we bundled our forces to form a band that wasn’t primarily focused on virtuosity. Instead, we were a lot more focused on the feeling and authenticity in our music. The idea of this band arose first when the four of us were attending to Roadburn 2019.

Severant is a fairly new project. Was it born during the pandemic?

Loet: No, we started playing together just before the pandemic, in the summer of 2019 and were fortunate enough to play two shows and record the EP before everything closed up completely.

Are you all coming from Eindhoven?

Riccardo Subasi: I’m not from Eindhoven. I’m half Dutch and half Turkish but I was born in Italy. After that I lived in Turkey for the most of my life until I moved to the Netherlands in 2016. To return to the question, I don’t really know where I come from and I don’t really think that it’s important. It’s fun to be able to give such a long answer for a question that is so simple yet not so simple for me.

Loet: I grew up very close to Eindhoven, and it was the closest place where rock music really lived. I really loved and still love Eindhoven’s music scene and musical history.

What does the name “Severant” refer to in the context of the band name?

Riccardo: Before we came up with the name we were throwing band name’s around. In the end we really liked the name “Severance” and we really liked the idea of it but the name was already taken. We came up with “Severant” as a result which was for us at the time being, the personified form of the word “Severance”. For me is Severantit’s own being and we are just the arms of it.
For us is “Severant” letting go, finding comfort in the chaotic nature of life.

Loet: Severance – as Riccardo mentioned – could somehow resemble all of the names we liked before and creating a personified version of the word made it work so much better than all of the other names. There’s many meanings and metaphors that have a connection to Severant for me. Most which I’d rather leave in the dark.

Riccardo: I was interested in any form of art at a very young age. I’ve tried different other “disciplines” until I landed in music. I think I was 12 when I bought my first bass to join a band and play great shows. I joined some cover bands in Turkey until I decided to go the extra step in music and move to another country just because there are more opportunities. I’m still on this path after all the years and I’m surely happy that I’m able to do it.

Loet: Saying that I’ve always been really interested in music is kind of an understatement. I always was and still am obsessed with exploring new music and learning about sound. When I was a very young teenager, my parents met this ex-rock drummer in the pub that used to play in a band that caught some fame in the 80s. When his band was doing a couple of reunion shows, he decided to bring me along. It was a short, hard look in the rock & roll life and as a cherry on the cake, they opened up for Aerosmith in the Gelredome. The whole experience made me incredibly hungry to live that life, not for the fame and certainly not for the money but definitely for the passion.

“If we don’t have enough Lego blocks, we’ll just jam it out again!”

I really enjoyed your debut EP ‘Closure’, out via Lay Bare Records. How do you usually approach music making?

Loet: Usually, either Erik or myself start playing a riff that we’ve made up outside of the rehearsals. It usually doesn’t take long before the drums fall in and the bass starts glueing everything together until we jam out an elaborate 30 minute jam. I always place microphones everywhere so that we can immediately listen back to the recording and pick out parts that were cool. Then we assemble those parts like Lego blocks as we like to call them. If we don’t have enough Lego blocks, we’ll just jam it out again! The vocal lines are usually written way before the lyrics as Erik is really good at improvising so that we can adjust the music around his vocal ideas. 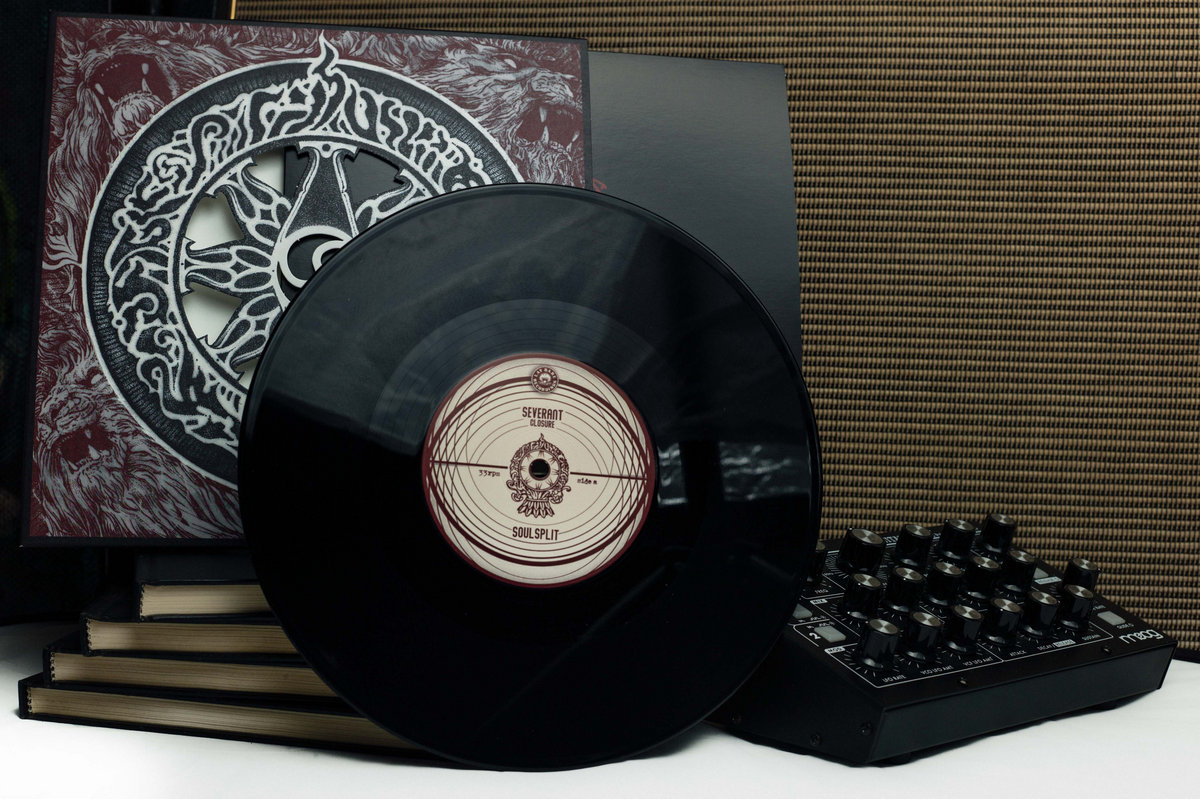 The whole package looks really neat. Who is behind the cover artwork?

Loet: Thanks! Manuel Tinnemans (AKA Comaworx) is the mastermind behind the cover art. He’s done a great deal of amazing things and he truly made this one very special. However, with his work everything wasn’t said and done yet. Pieter Hendriks (best known for his work in Soothsayer Orchestra) did an outstanding job at the lay-out of everything. The person that usually did the lay-out for Lay Bare Recordings’ releases wasn’t available at the time so when Pieter came to the rescue at the last minute, when we received the results we couldn’t believe how good he was.

Can you share some further details how it was recorded? On that note, is there a plan for a full LP?

Loet: Yes, of course! I feel obliged to answer this question and I’ll make an effort to not make this too elaborate. Pieter Kloos was the mastermind behind these recordings. His most notable work was with The Devil’s Blood. We were so absolutely thrilled to hear that he agreed to work with us. He spent one afternoon listening to us in the rehearsal room and give us a few pointers to work on before hitting the studio. The studio we rented is called Moon Studio, a studio with a very impressive range of equipment and a pleasant live room. Pieter likes to capture and authentic sound starting with microphones that capture the sound the room and then work his way closer to the source of the individual instruments. His choice of microphones usually goes out to ribbons and every instrument was captured with at least one ribbon up close. We had saved up enough money for a single day in the studio and we really wanted to record everything all at once with no overdubs. Only the vocals were recorded after the fact. Erik recorded his vocals together with Edwin Balogh who wasn’t just recording the vocals but was also coaching him in the process.

It’s really dreadful that you’re not able to play gigs.

Loet: In the past week we confirmed our first few gigs since the lockdown. We’re beyond excited to play again!

Riccardo: I’m still checking all the bands that I have discovered on this year’s edition of Roadburn. Of Blood and Mercury, Neptunian Maximalism and Wolvennest to name a few. For my favorite albums; I’m always coming back to ‘Shangri-La’ from Mark Knopfler, ‘Mezzanine’ from Massive Attack, ‘Lawless Darkness’ and ‘Sworn to the Dark’ from Watain and last but not least ‘The Time of No Time Evermore’ and ‘The Thousandfold Epicentre’ from The Devil’s Blood.

Loet: ‘The Time of No Time Evermore’ is also amongst my all time favourites. I remember working at a record store in Eindhoven that had the poster up when it was just released. I listened to the record on the way home and I became a lifelong fan after that. It’s incredibly hard to choose a couple of favourites. It kind of feels like having to choose between your parents. Lately I’ve been discovering a couple of really cool records though, the first one I’d like to share is ‘Tin House’ by Tin House. Especially ‘Lady of the Silent Opera’ is such a good cut. In addition to that, I really want to share ‘On Time’ by Grand Funk Railroad. It’s heavy, it’s groovy and it’s very raw!

Thanks for being interested in us and hearing us out about what we do. We really appreciate it!