‘Constantly flying’, a film about BaBa ZuLa and its anatolian psych | Directed by Adriana Cordeiro

‘Constantly flying’, a film about BaBa ZuLa and its anatolian psych | Directed by Adriana Cordeiro

‘Constantly flying’ is a feature documentary about BaBa ZuLa, one of the most important Turkish psychedelic bands. A film about music, psychedelia and more in Istanbul. Directed by Adriana Cordeiro.

BaBa ZuLa are an Istanbul-based band founded in 1996. The band pushed the classic Turkish psych sound of the 1970s, also known as Anatolian rock, forward into the 21st century with Eastern influences creating a unique psychedelic sound. Over a period upwards of 20 years, BaBa ZuLa have released over 10 albums and taken their mind-blowing live performances across five continents.

This documentary has been one of the finalists of the international call In Progress, launched by the In-Edit Music Documentary Festival Barcelona, in partnership with Kickstarter. Apart from Barcelona and Madrid, the festival has several international venues in Brazil, Chile, Germany, the Netherlands, Greece, Mexico, Argentina and Peru.

How did you first get to know BaBa ZuLa?

Adriana Cordeiro: I first heard Baba Zula on Fatih Akin’s 2005 documentary Crossing the Bridge. Since then, I have become fascinated by Turkey in general, and I made several trips to Istanbul to learn more about the culture and music there. In 2018, I finally had the opportunity to watch BaBa ZuLa’s concert at Festival de Músicas do Mundo de Sines (Portugal), where I had a great time interviewing Baba Zula for the first time. Later that year, I had the idea for the documentary, contacted the band and began pre-production for the project. 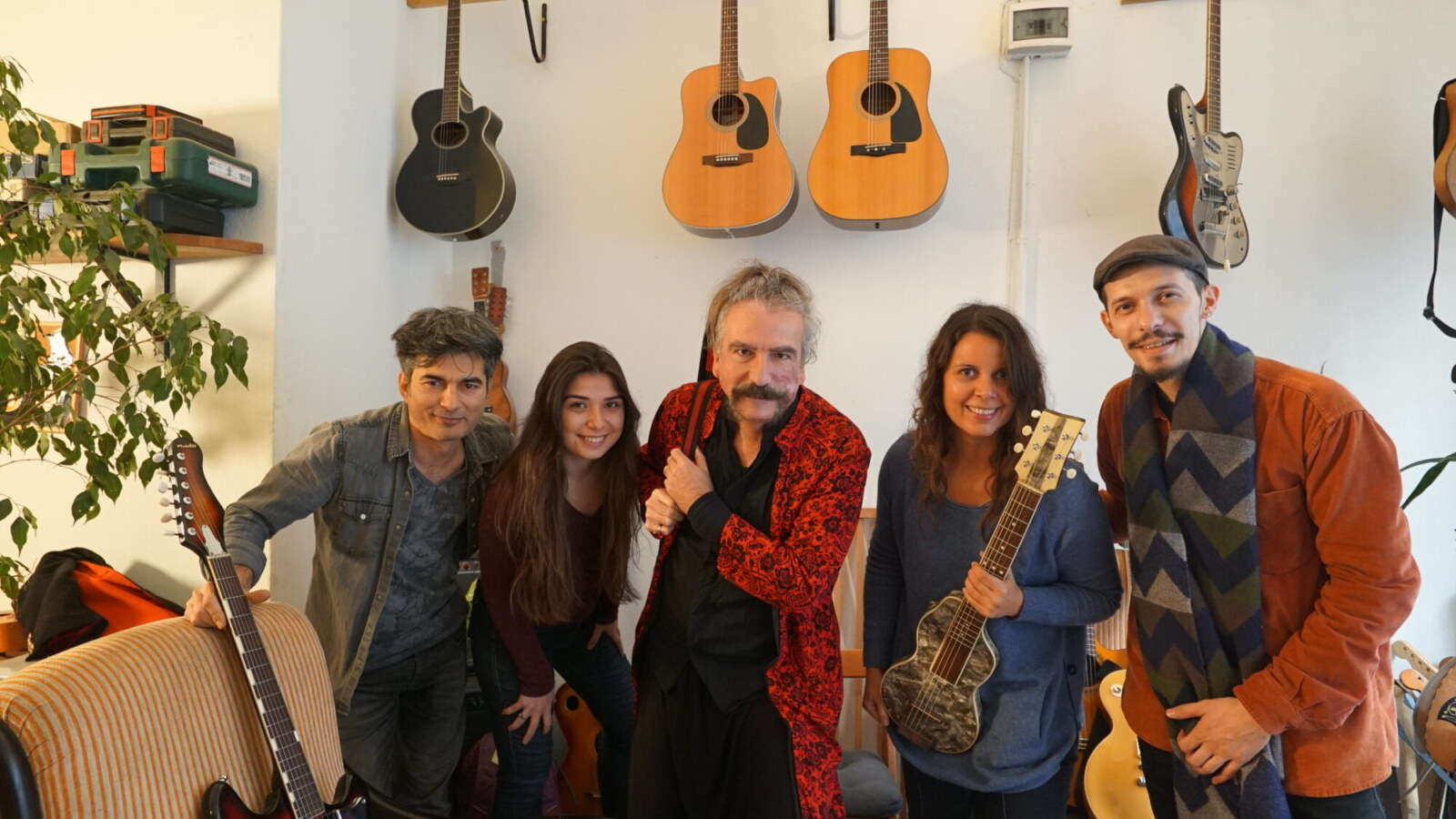 Apart from being a translator and language teacher, I began my journey through music journalism in 2015, having interviewed over 40 bands and musicians from four continents and various musical styles for the Spanish website Festivaleros! Following my contact with different cultures through my incursions into multiple musical landscapes, I decided to venture into the audiovisual world so as to capture in image and sound my own experience, as well as other people’s experiences compiled in my interviews throughout the years.

“The musicians will share their opinions about music, psychedelia and more in Istanbul”

How far is movie production?

Shooting started early August 2019 in Darmstadt (Germany), where I documented BaBa ZuLa’s live performance in Centralstation. After that, the documentary was filmed during three different spells in Istanbul: August to September 2019, December 2019 to January 2020 and November 2020 to February 2021. After close to 3 years, shooting is now over. We will also include in the film some rare archive material never released before. So, the production is over and we’re willing to embark on the post-production.

Up until this moment the whole film has been produced in a fully independent manner. You’re currently running a crowdfunding campaign.

Exactly, up until this moment I’ve produced the film fully independent, without any cultural funding. So, I’ve launched a crowdfunding campaign on the Kickstarter platform to raise funds for this stage of post-production and thus be able to finish the movie and screen it at In-Edit festival in Barcelona in the end of October 2021. Constantly Flying has been one of the finalists of the international call In Progress, launched by the In-Edit Music Documentary Festival in Barcelona, in partnership with Kickstarter crowdfunding platform. So, it means that I received some coaching sessions with Kickstarter experts to create the campaign to help me with the post-production. I’ve launched it on 17th May and it’ll finish on 16th June.

Was it difficult to present their story? Give us some insight? What can we expect from the documentary?

It was a great an enriching experience to work with BaBa ZuLa and share beautiful moments that can be seen in the film. I can anticipate that we’ll go on a musical journey with the musicians of BaBa ZuLa through the streets and corners of the ancient capital of Constantinople. We also filmed them in an exclusive acoustic session on a boat at the middle of Bosphorus and at Babylon, an epic venue in Istanbul. We’ll also include in the film some rare archives material. The musicians will share their opinions about music, psychedelia and more in Istanbul. We’re very excited to see the film finished and we need the support of the global community to make it a reality.