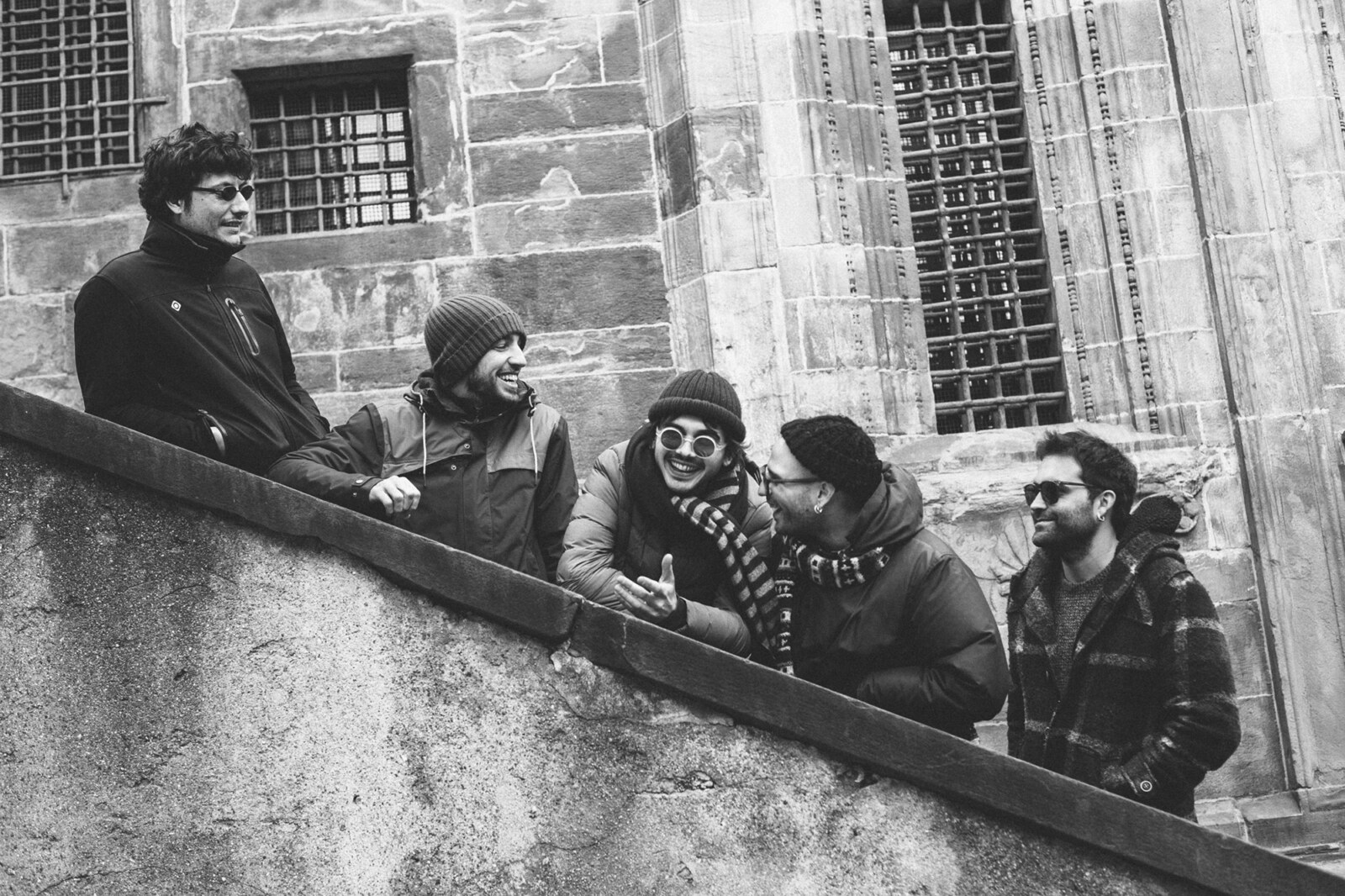 Italian band Pulsar Ensemble will release their second album ‘Bizarre City’ on June 18, 2021. Today we are premiering this stunning record that launches the listener into a space where the many variations of post-rock, psychedelia and electronic music meet.

The music tells the story of an imaginary city, organised into nine bizarre and surreal boroughs: a metropolis beyond time and space, which becomes visible only to those who enter within, its myriad atmospheres continuously overlapping and intersecting in a kaleidoscope of impressions.

You’re releasing a brand new album in a couple of days. How long did you work on it?

Filippo Sala: The whole process took us about a year.

There’s an interesting story behind it. Song after song brings a different story. Can you elaborate on the concept behind it?

Bizarre city is our imaginary city, entirely made of sound. It’s an ideal metropolis, where anything is possible. It can be dreamy, surreal, mysterious, chaotic and naive – it’s what you want it to be.
The listener takes a journey through its nine neighborhoods, nine sonic worlds that articulate the extremely diverse nature of this space.

What influenced you to create an album like ‘Bizarre City’? 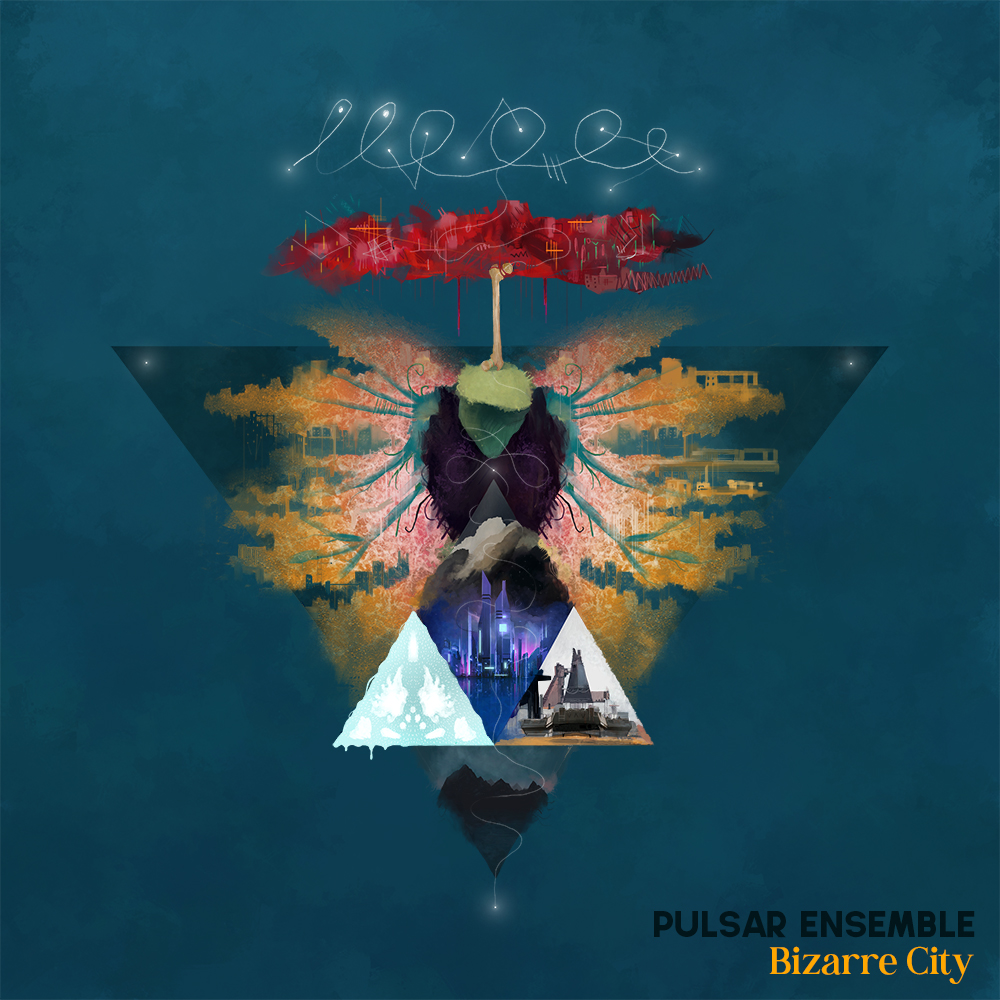 How would you compare it to your previous album from 2018, ‘Oddsquare’?

They’re pretty different. Three years can change a life, and this applies to bands as well as people. ‘OddSquare’ is definitely more introspective, even introverted; it was masterfully produced by Stefano Castagna, whose craft also gave us a chance to learn.

‘Bizarre City’ was conceived more as a rock album, more direct and punchy – although forms and structures remain somehow “twisted”. It was produced by me and Jacopo – production processes were handled by the band this time. The line up has changed as well: we used to be four and more focused on percussion, now we are five and the sound palette has grown to include bass, guitar, voice, and an overall different identity. The two albums share emotional and evoking elements, as well as structural tendencies (i.e. tripartition, deconstructive attitude towards the song form). The tracks have a tendency to evolve in a constant flow, escaping the duties of iteration. They keep going elsewhere.

It’s very rare for a band to feature several multi-instrumentalist. Would you like to talk a bit about your background?

We are five extremely diverse musicians, formed through jazz, classical music, rock and electronic music. Together we cover an extremely wide spectrum of influences, which is a proper substance for this kind of band. Stefano, Luca and I started out as drummers; Jacopo as bass player, Sebastiano as a trumpet player. Then we opened up, as more and more instruments were being included in our sound palette. Everyone plays everything in this band, with the proper distribution of duties based on personal inclination. It’s not that simple, because we need to switch a lot, often within a single piece. This requires a fair amount of constant concentration.

“My music mirrors my life and its moments”

I write all the music. Writing for this band means trying to tell a story that starts, evolves and finishes. I generally look for a mood, or an image, or emotional states I want to transfer into the music. Then I try to communicate it to the musicians. My music mirrors my life and its moments, as I consider this attempt to transform the concrete substance of my experience into music as a personal necessity. It is, or can be, therapeutic; sometimes it works. My composition process can be triggered by an impro on piano (‘Temel & Toplum’), or a drum groove (‘The Times Of The Mounains’, ‘Fine Final’), or the nesting together of different rhythmic line (‘Timelapse’, ‘Waiting’, ‘Sensation’); even an instrument can function as a pivot for it, as happened here with the santoor that can be head throughout the title track (‘Bizarre Secret’).

I hope you’ll be able to tour again soon. In your dreams, who are you on tour with?

Is there anything I’ve missed?

I guess you didn’t.

We want to lovingly thank Massimiliano Milesi, who played saxophone in ‘Waiting’; Vins De Leo, who recorded our music, and Max Trisotto who mixed it; Simone Tormento for the illustration artwork and graphic design.