In late 2019, Nepal Death rose out of the need to celebrate the music of Eik Skaloe. The former singer of Steppeulvene committed suicide in Nepal in 1968. Nepal Death is a syringe in the vein of the mainstream, ready to infuse new blood into rock’n’roll.

The lyrics of the nine album hymns form a forbidden traveller’s guide to Hindu witches, love magic, death rituals, and worship of the almighty Kali Ma. They may appear sinister and serious but in the next moment they are sparkled with twisted dark humour.

Nepal Death’s style draws from seventies heavy rock bands such as Hawkwind, Blue Öyster Cult and Amon Düül II. Uncle Acid and the Deadbeats are other strong influences along with traditional musical vibes from nations like Turkey, Afghanistan and India. Occult references mixed with Hindi mysticism are also prominent in the band’s lyrics and aesthetics.

The Nepal Death music collective is based in Malmö, Sweden and features veteran musicians from bands such as Agusa, Jämmerdal, Technicolor Poets and Texas Motherfuckers. The band name is inspired by Danish poet and psychedelic pioneer Eik Skaløe. The former singer of Steppeulvene dreamed and sang about Nepal but went tragically missing in action close to the Nepalese border in 1968. The song ‘Dead in Nepal’ released on vinyl single in 2020 is all about his demise. 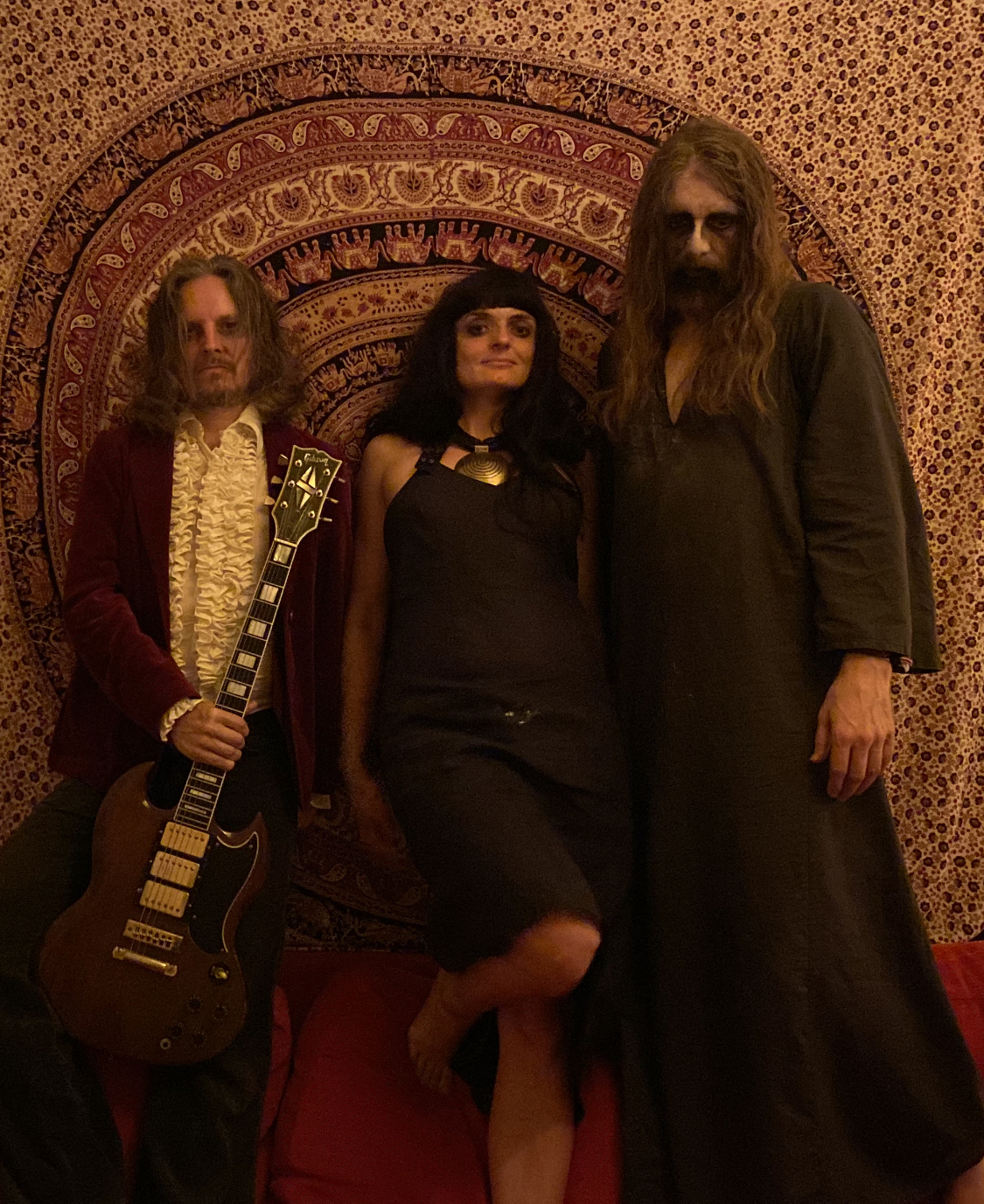 “We see ourselves like more of a musical collective”

Nepal Death consists of members from Agusa, Sekel, Technicolor Poets and Texas Motherfuckers. Quite a combination of musicians. How did you get together to form this group?

Tobias Petterson: Me and singer Anders Hallberg met at a Dungen gig at the legendary concert hall Loppen in Copenhagen. Starting by talking about what is lacking in the psychedelic music scene of today, drinking lots of Tuborgs and in the most cliché way ending up forming a band. The day after I phoned some old musical friends asking them to join us for a jam session. Then we had absolutely no idea where this would end.

But after we decided to go all in with this sixties Hippie Trail psych rock thing, stuff really fell into place. Almost as if strange forces were taking control over the process. The whole concept was just folding itself out, creating itself. Ideas and inspiration came from everywhere and we just threw it all in and it added up to this magnificent and twisted cosmos.

We see ourselves like more of a musical collective that could appear on stage in a classic rock band setting but in the future scale up to larger size with esoteric choirs, performance artists and oriental instruments. Therefore we welcome all kinds of collaborations and guest musicians.

Music is such a huge part of my life and I’ve been living in this world for countless years and played in several constellations like Agusa, Älgarna från Värmland and Sveriges Kommuner & Landsting. As a teenager I used to play in punk rock bands, but as I have grown older and wiser I started playing more elaborate music. The Nepal Death project has been taking my time for over a year now.

I also have a huge interest in music history and the alternative music scenes in Scandinavia and West Germany. I have written articles and books on the subject. The most well known is probably The Encyclopedia of Swedish Progressive Music – From Psychedelic Experiments to Political Propaganda.

There seems to be a certain concept behind the band. Danish poet and singer Eik Skaløe, the former singer of Steppeulvene influenced the project.

The initial spark of inspiration came from the band name itself. It was the first thing we came up with and the direction was pointed out in the first song we wrote together: ‘Dead in Nepal’. That song came out of the demise of Danish poet and psychedelic pioneer Eik Skaløe. The former singer of Steppeulvene dreamed and sang about Nepal and went out on a pilgrimage along The Hippie Trail but very tragically died close to the Nepalese border in 1968.

We spent some time studying the whole sixties hippie movement with young and naive musicians leaving their safe homes in Europe to go on crazy and sometimes dangerous trips following The Hippie Trail, the legendary road to the east with India or Nepal as their final destination. This is what Rolling Stones sang about in ‘Sympathy for the Devil’. You know the troubadours that get killed before they reach Bombay.

During the work with the album we were actually approached by a French ethnologist and filmmaker who is working on a documentary about The Hippie Trail. He had stumbled upon Nepal Death on Instagram while looking for background material.

“A physical and inner journey to Kathmandu”

You described your band as: “Imagine Charles Manson and Anton LaVey teaming up with a band of fake Hare Krishna cult members speeding towards Kathmandu in a run down VW bus along the dusty Hippie Trail in 1966. That may give you the idea what Swedish band Nepal Death are all about.” Do tell more…

You can say that the album is written as a loose concept album revolving around a physical and inner journey to Kathmandu, with both fictive and psychedelic themes added to it. We took some inspiration from classic concept albums like Pink Floyd’s ‘The Dark Side of the Moon’ with reoccurring themes and songs blended together by short bridges. Both side A and side B are continuous entities of sound. The lyrics turned out to become like a forbidden and forgotten traveller’s guide to Hindu witches, love magic, death rituals, and worship of the almighty Kali Ma.

Image wise we decided on an early stage to go all in theatrical. We really want to have a vibe of a religious cult from the sixties. Like some bizarre mix between a hippie community, Church of Satan and Hare Krishna. Packing our instruments into this run down VW bus going on an unholy pilgrimage along the Hippie Trail. Making stops in Istanbul, Teheran and Kabul and Delhi before reaching our own end in Kathmandu.

Last year you released a single ‘Dead In Nepal’ ‎for Kommun 2. Now you have a new album out!

We have also managed to gather a large number of guest musicians to perform on the album. Aldenon Satorial from dark ambient project Coph Nia, Hamburg S:t Pauli based singer Gosia. Micke from Agusa, Chrille from Yuri Gagarin and Dan from Rymdstyrelsen have also added some amazing guitar magic to it all.

One wonderful thing was when we got Toby Jörgensen of Studio Dzyan to design the album cover depicting one of the demons you can end up encountering when performing the ancient Buddhist Himalayan rituals of “Chöd”. Studio Dzyan are the guys behind the iconic artwork of Mercyful Fate and King Diamond and happen to be based in Malmö, Sweden. 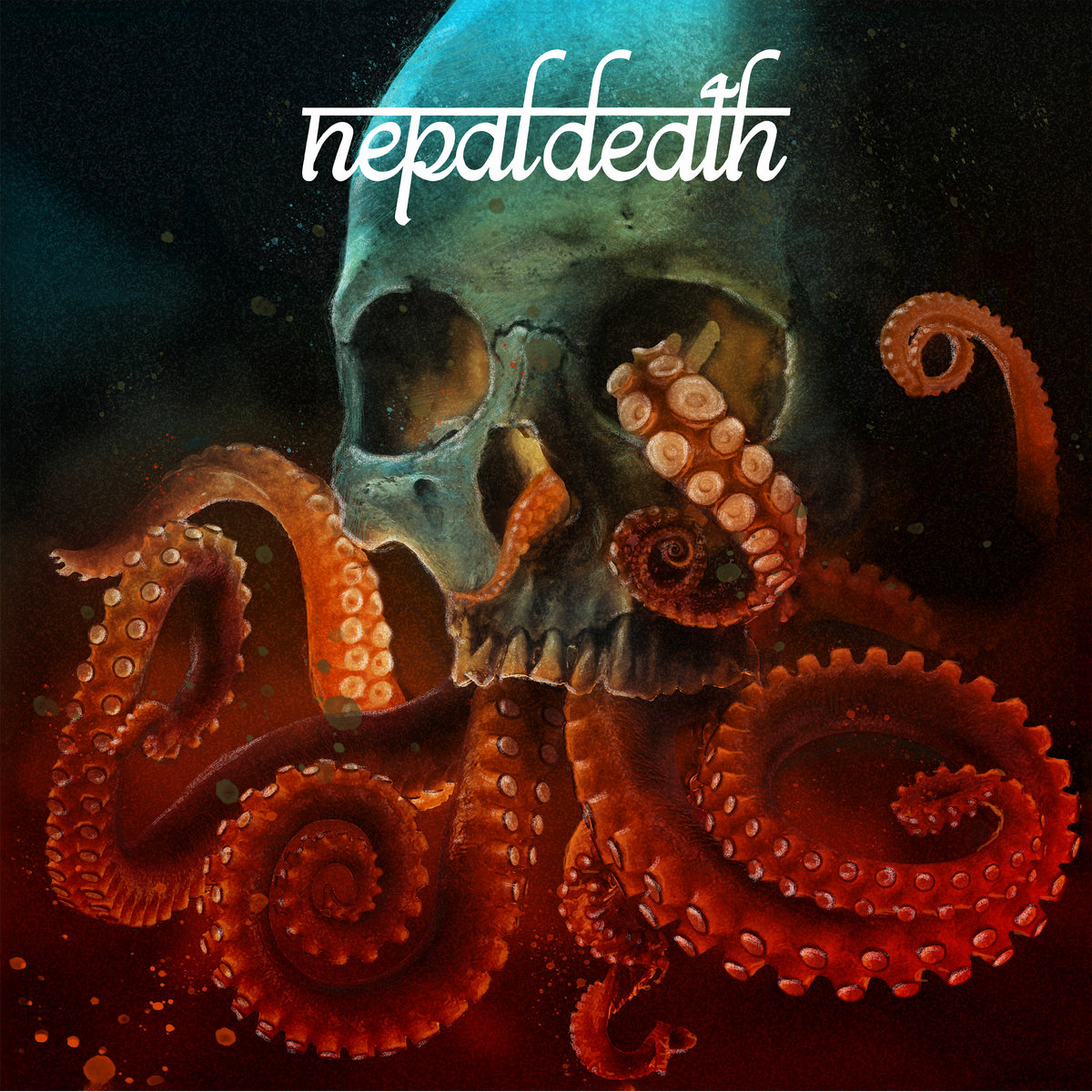 We are also preparing some extras for the first orders from our web shop. Like maps, tickets and flyers related to the Hippie Trail. All to enhance the experience for the listener.

The album was conceived by the band working together with small ideas like a riff, a feeling, or a rhythm which we have developed into complete songs. Having access to a studio with recording equipment we could record rough demos and then let everyone have time to add ideas and sounds, get back and pour them into a second demo, slowly building up towards the final versions of the songs and the bridges in-between.

We started to work on finding a sound and an atmosphere more than making well played songs, although the songs became amazing during this process.

“Like experiencing a psychedelic and dangerous Kali Ma ritual”

Where did you record it? What kind of equipment did you use and who was the producer?

The first demos were recorded over a year ago. The album has been recorded and produced at Studio Masugnen in some rough hoods of Malmö by sound technician Magnus Könberg who is also our drummer. It has really been a blessing to have access to your own studio. We have worked on finding the right feel for each song and all songs are Eastern-tinged in one way or another. A little or a lot.

We have worked almost exclusively with vintage (pre-1972) instruments and effect pedals to get the late 60s/early 70s sound right. Personally I prefer American guitars (Fender or Gibson) connected to a bunch of West German stompboxes and a Roland Space Echo to acquire the psychedelic vibe we all love to hear. 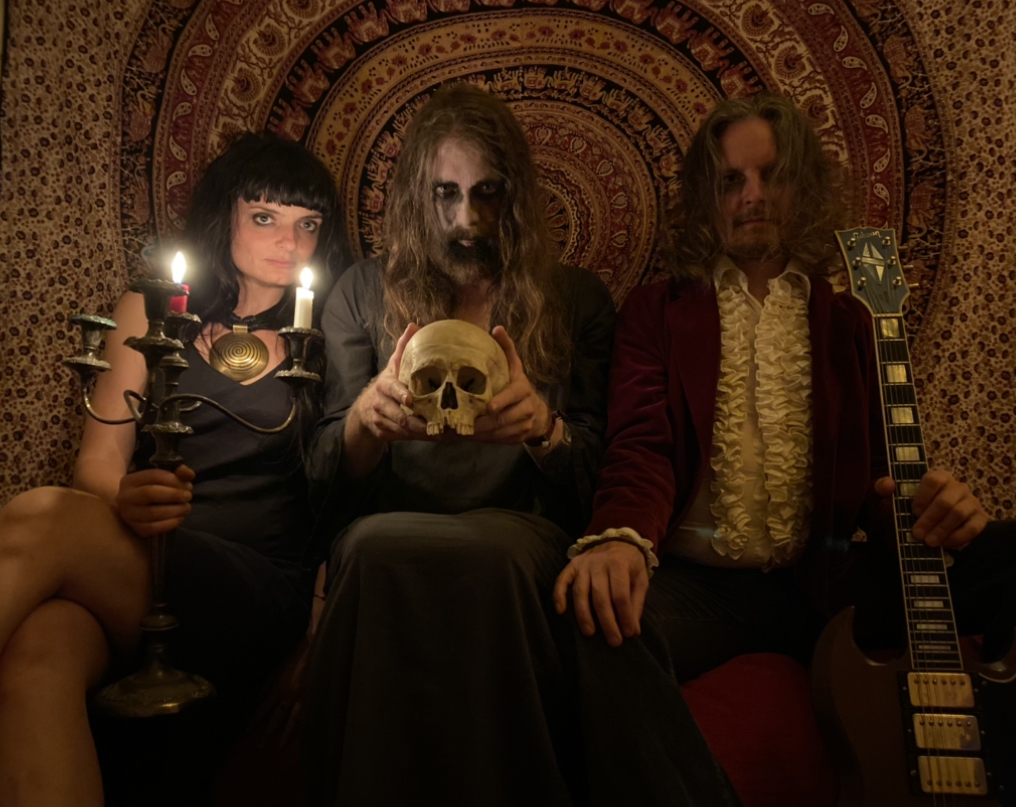 What would you say is the main difference between other projects and Nepal Death?

It feels as if we have found something unique mixing heavy psychedelic rock with themes of Eastern mystery and the contrasts between dark occultism and the groovy Summer of Love hippie culture.

When listening to the album we want the listener to be engulfed by the whole layers-of-sound-and-mystery-experience. Listening to the full album in the way you did back in the days before casual listening online. Live in concert we are more of an in-your-face experience with lots of sweaty rock and roll intensity and ritualistic magical chanting. Like experiencing a psychedelic and dangerous Kali Ma ritual. Tobias Petterson