Vibe is vital for Hooveriii (pronounced “Hoover Three”). The band’s guitarist and vocalist Bert Hoover, via video call from his Californian abode, says that he is fuelled by a drive to: “make music that doesn’t sound like Los Angeles but that has its own identity.”

The psych rock troop’s second record ‘Water For The Frogs’ adheres to this mantra unwaveringly. It is their desire to remove the listener from their environment and immerse them in a richly woven world to lose themselves in.

Presently, the vibe is L.A. sunshine, coffee, and yawns. It’s 10AM. The band operate as a six-piece, but today, Hoover is joined on the call by just two of his fellow bandmates James Novick and Kaz Mirblouk (synth and bass, respectively), as well as their canine compadres. Novick’s puppy Onion is the freshest face in the pack, having adopted him just six months prior.

“It’s been a process,” Novick says, as Onion writhes around on his lap. Dogs and movies have been the two stalwart pillars for the gents during the pandemic.

“I’ve watched over 300 movies,” Hoover confesses, his eyes wide, partly in recognition of his achievement, and partly in disbelief of it.

Novick follows on, stating that in lieu of going out and experiencing things he watched movies like Tarkovsky’s ‘Solaris’ (1972) to jolt his creative vigour back into being. The sense of the cinematic is cited by all three as being a major influence on their craft, with Hoover adding that he feels more stimulated by monster movies than rock music. 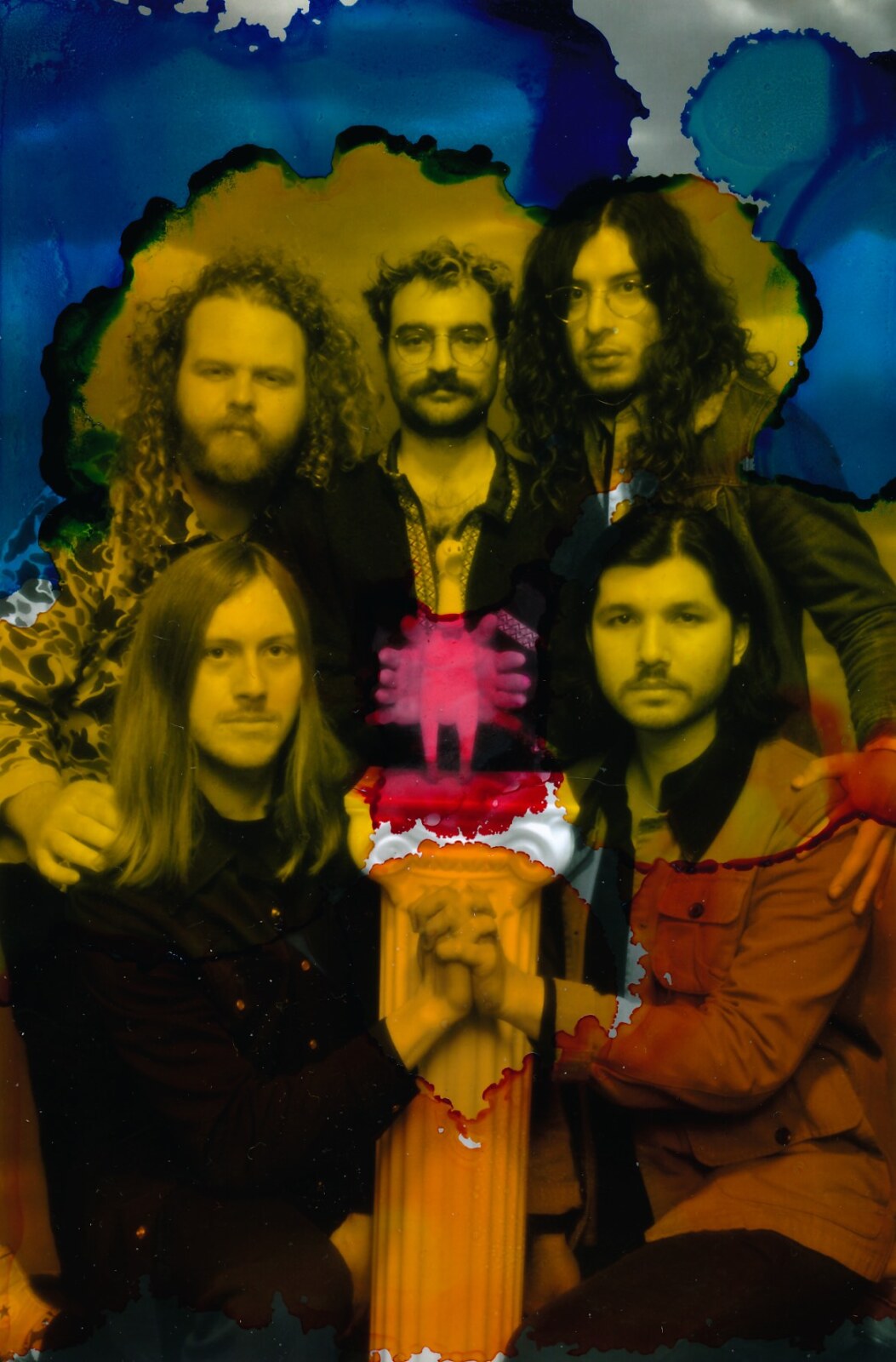 For instance, the band’s latest single from their sophomore release ‘Erasure’ begins with sci-fi sounds akin to that of a spaceship’s computer intercepting a transmission. When fully received, that transmission is a mighty and ceaseless storm of frenzied drumming, striking guitar, reverbed vocals delivered by an intergalactic overlord and all the while backboned by screeching sci-fi sonics.

The accompanying video of an astronaut encountering the wrath of the universe: evil-eyed androids, a lifeless alien terrain, and a magenta void looming overhead is Kubrickian MTV.

Their penchant for B-movies exists in tandem with an immense affection for Krautrock. However, they are quick to dispel themselves as a Krautrock outfit, as they feel it would be out of line for anyone other than the Germans to qualify themselves as such. While on a European tour in the summer of 2019, though, the band were definitely aware of the musical history in the air.

“It was cool being in the places,” Hoover says, “where the root of Krautrock comes from. It’s such a vast genre, there are so many niche elements of the German music scene in the late ‘60s, early ‘70s. We do our best to pay homage.”

The act of travelling to foreign lands was the band’s impetus to write ‘Water For The Frogs’. “These songs spawned from travel to different places that feel cinematic,” Mirblouk says in his mellow tone. “Allowing people to feel a similar way, like the song is taking you to a different place, is a strong connection point.”

“There’s something about other worlds,” Hoover adds, “other countries, other landscapes that makes you see a different perspective.” Hoover’s dog Panchito starts barking at him incessantly. “Hey!” Hoover retorts with a loving discipline. 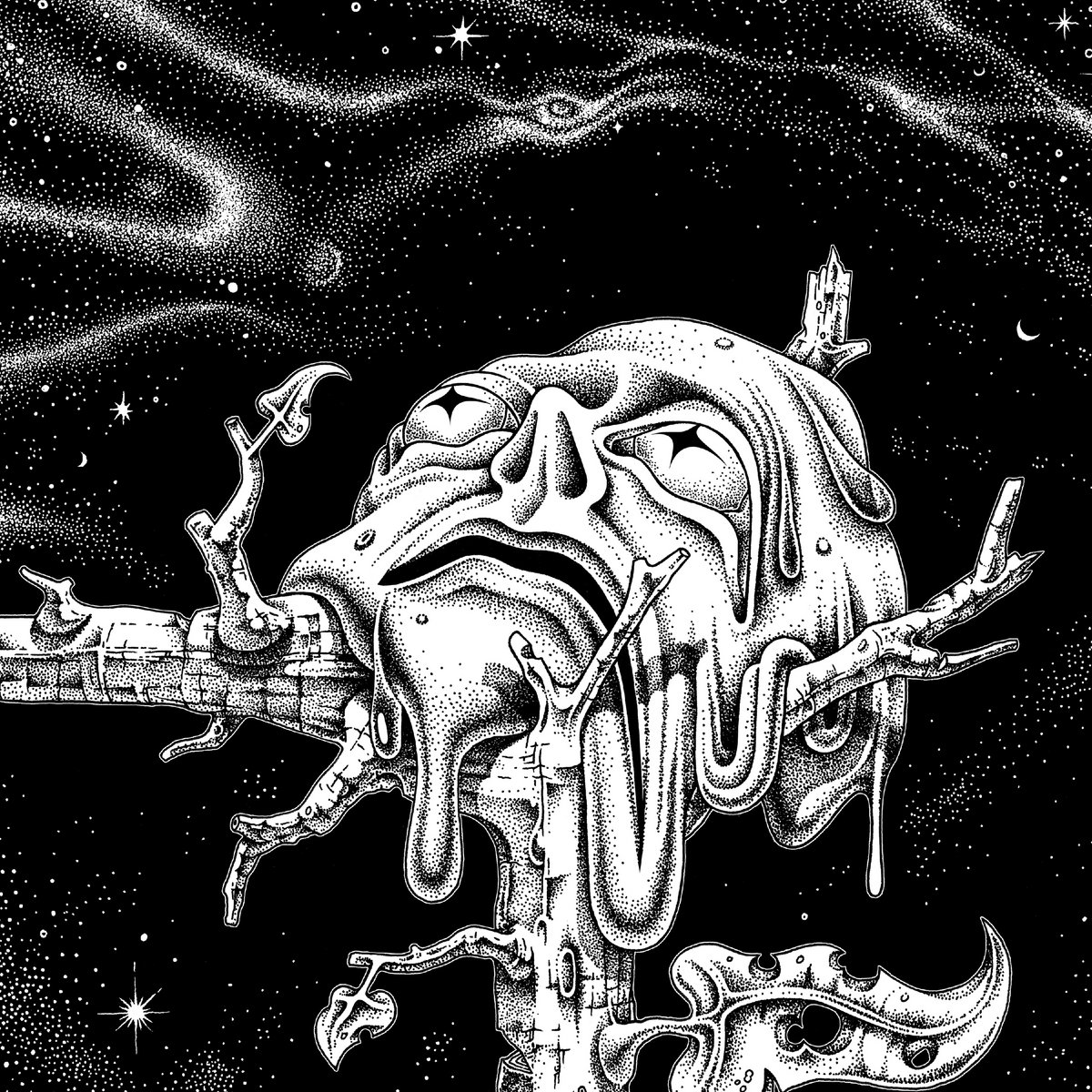 Hooveriii started as a lone wolf project. Hoover produced a handful of lo-fi, home-recorded cassettes in the mid-2010s where he assumed duties with guitar, vocals and a drum machine. On these releases, Hoover was gathering the body parts for his monster, but it was on 2018’s self-titled debut album where he recruited additional members who provided the lighting strike to galvanise his creation.

On their 2019 Euro tour, the band was continually tightening their performance on stage, between shows they were figuring out their dynamics writing as a unit, and it was also a chance for them to foster camaraderie. Their first album was largely a collection of re-imagined tracks from Hoover’s time flying solo, but with ‘Water For The Frogs’ they approached things differently. “It was really important,” Hoover says, “to have songs that were really fleshed out as a group. It’s cool to have a back catalogue that we could – in a pinch – pull from, but the idea is to move forward.”

On returning to home turf, the band were still possessed by the touring buzz and immediately set about trying to harness that sensation. “Coming back from Europe,” Novick reflects, “having that energy in the pocket, and recording this album with that energy was really sick and important.” The track that epitomises this electricity is the album’s finale ‘Gone’, a whirling 10-minute trip that was born on tour out of improv and tinkered with until it culminated in the studio.

“It takes the listener into a different mood,” Mirblouk says of ‘Gone’. “Even for ourselves, performing it is hypnotic. You’re just in the moment, and not thinking about anything else.”

“Dynamically, it’s like a rollercoaster,” Novick adds, “it’s such a fun journey to be on, listening to it and playing it. It’s really cinematic.”

“We’ve created a vibe that I’m proud of,” says Hoover, rounding it off.

The album was good to go in March 2020, but as the landscape for releasing it and touring was obliterated, they put everything on pause. “It was a lot of feeling around in the dark,” Hoover says, as, like the vast majority in the arts sector, they were trying to figure out how to navigate fate’s cruel blow. But now: “things are looking up,” Hoover adds, as the scope for returning to normalcy has taken on a slightly more optimistic air. Whispers are afoot of some local shows and festivals in the latter half of 2021 in support of the album’s release, but as the pandemic’s presence still lingers, speaking with certainty is impossible. “At this point,” Hoover says, “patience is a virtue. We’ll tour when we’re ready, and when the world is ready.” 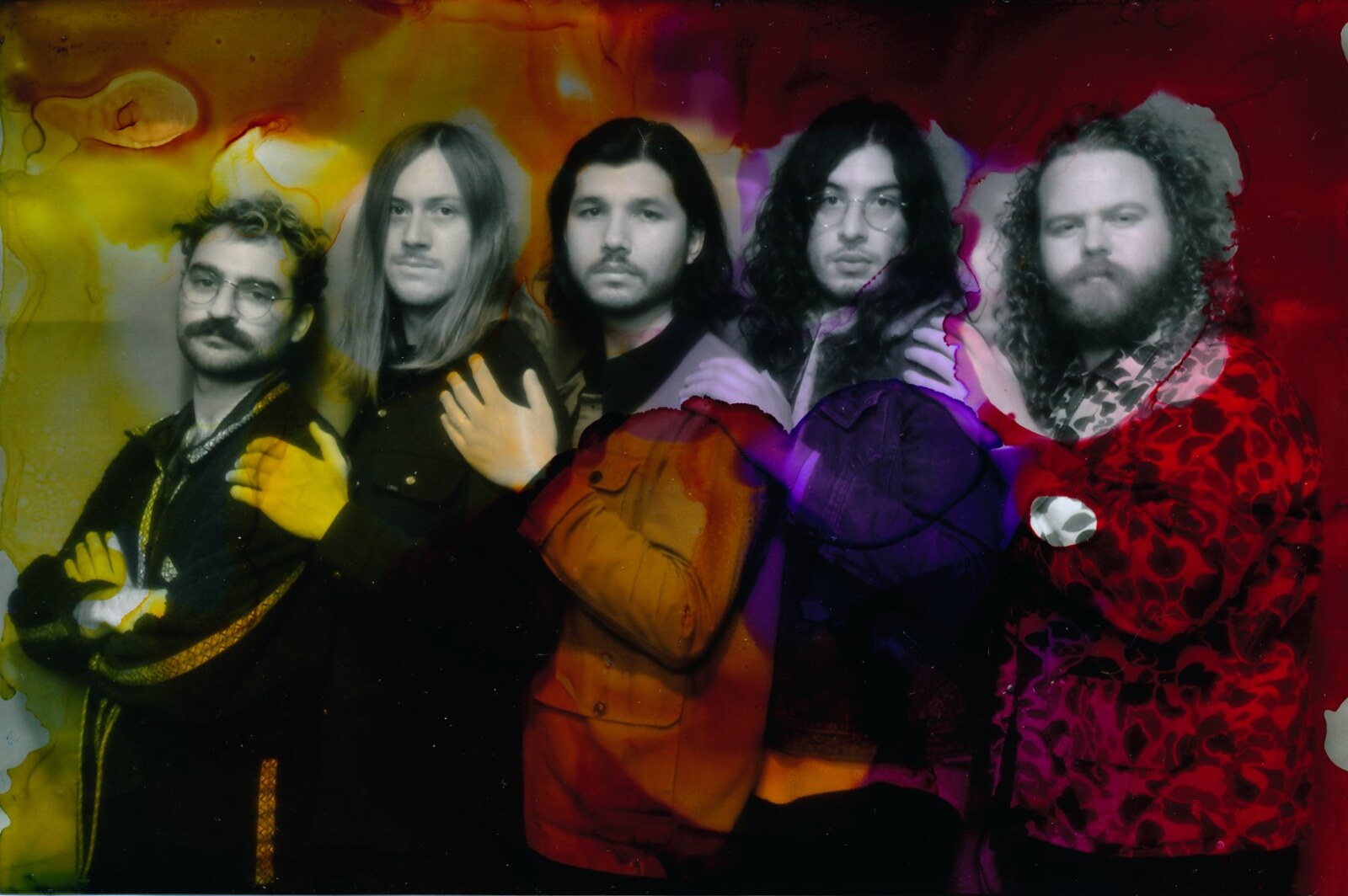 Reflecting on the shit-show of 2020, Hoover’s words are reassuring for us all: “my priorities were realigned after having so many opportunities, and things you take for granted, taken away. You realise what’s important. Dogs. Dogs are important.”

‘Water For The Frogs’ was released on 9 April 2021 on The Reverberation Appreciation Society.