The Janitors are peddlers of heavy drones and fuzzed nightmares since 2004.

Cardinal Fuzz and Little Cloud Records are releasing today the 5th album by Swedish purveyors of heavy drones and fuzzed nightmares. ‘Noisolation Sessions Vol.1’ is a testament of three months in disturbing times. In March 2020 The Janitors had their new album written and studio time booked – ready to unleash their latest shamanic fuzz meltdowns, then corona hit and everything changed. They figured they would go down into their own studio to work on those tunes some more until things passed over. These six songs are the product. The next album will be recorded as soon as corona is gone, until then we’ll see if there will be a volume 2 of the ‘Noisolation’ series.

“Psychedelic rock with a shoegaze twist.”

The Janitors have been active for a few years now. Have you made any changes to the original line-up?

We are on our 16th year in existence now and our line-up has been changing constantly. At this moment in time we are currently orbiting the 8th incarnation of The Janitors. We started as a three piece, 2 guitars and a standing drummer, basically a carbon copy in reverse of early The Jesus and Mary Chain. From there we’ve had 3 bass players, 5 drummers and loads of percussion/drone people coming in and out. But the core, consisting of Jonas and Henric has stayed the same.

We met working as Janitors at a museum in Stockholm and quickly found a mutual love for The Jesus and Mary Chain and particularly ‘Psychocandy’. At the time we were all playing in different bands but lacked the output of harsh noise and feedback. After a drunken night we decided to start a band to live out those fantasies. The band name came naturally, and we had our first gig about three weeks after that. That first incarnation lasted about two years, did a lot of shows and released an EP on the Stockholm rock club Debaser’s own label. Not long after we took 5 year hiatus due to a shitload of reasons.

In 2010 we resurfaced and released ‘First Sign Of Delirium’ to neither public or critical acclaim. At this point we figured that the Swedish music scene really didn’t have a space for us, but there was a lot brewing in Europe and the States. So we aimed there and finished building our own studio, that gave birth to the ‘Worker Drone Queen’ and ‘Head Honcho’ ep’s that eventually got in the hands of Dave over at Cardinal Fuzz and The Janitors finally had a label daddy. From there on we have played shows and festivals, changed more members and released 3 full lengths, 2 ep’s and a bunch of singles.

What does the name “The Janitors” refer to in the context of the band name?

It isn’t a very good name, but it has grown on us. Some have tried to apply the name to our music or artwork, but that seldom works. It’s just what we were doing at the time the band started.

Like a long dark Swedish winter night, surrounded by likeminded people, talking politics and bullshit, drinking way too much, way too long, getting into arguments and on your way home you notice that all the snow has turned into a brown sloppy mush, your feet get wet and cold, and the walk home is long as fuck. Or just heavy drones and fuzzed nightmares. Or to simplify it, psychedelic rock with a shoegaze twist.

What can you tell me about some of the first albums that you recorded? What would you say are some of the most important influences for you back then?

At the start there was a lot of JAMC [The Jesus and Mary Chain], Spiritualized, Spacemen 3 and BRMC [Black Rebel Motorcycle Club] influencing us. Can’t really hide that. For us it took some time to find our own voices. Last year, to celebrate our 15 years in existence, we released the vinyl ’15 Years Of Fuzz And Folköl: B-Sides, Demos And Random Noise’. Those 24 songs are really a timeline of our development musically and personally. Listening back to those last year really was a trip down memory lane. And some of them still are some serious bangers. 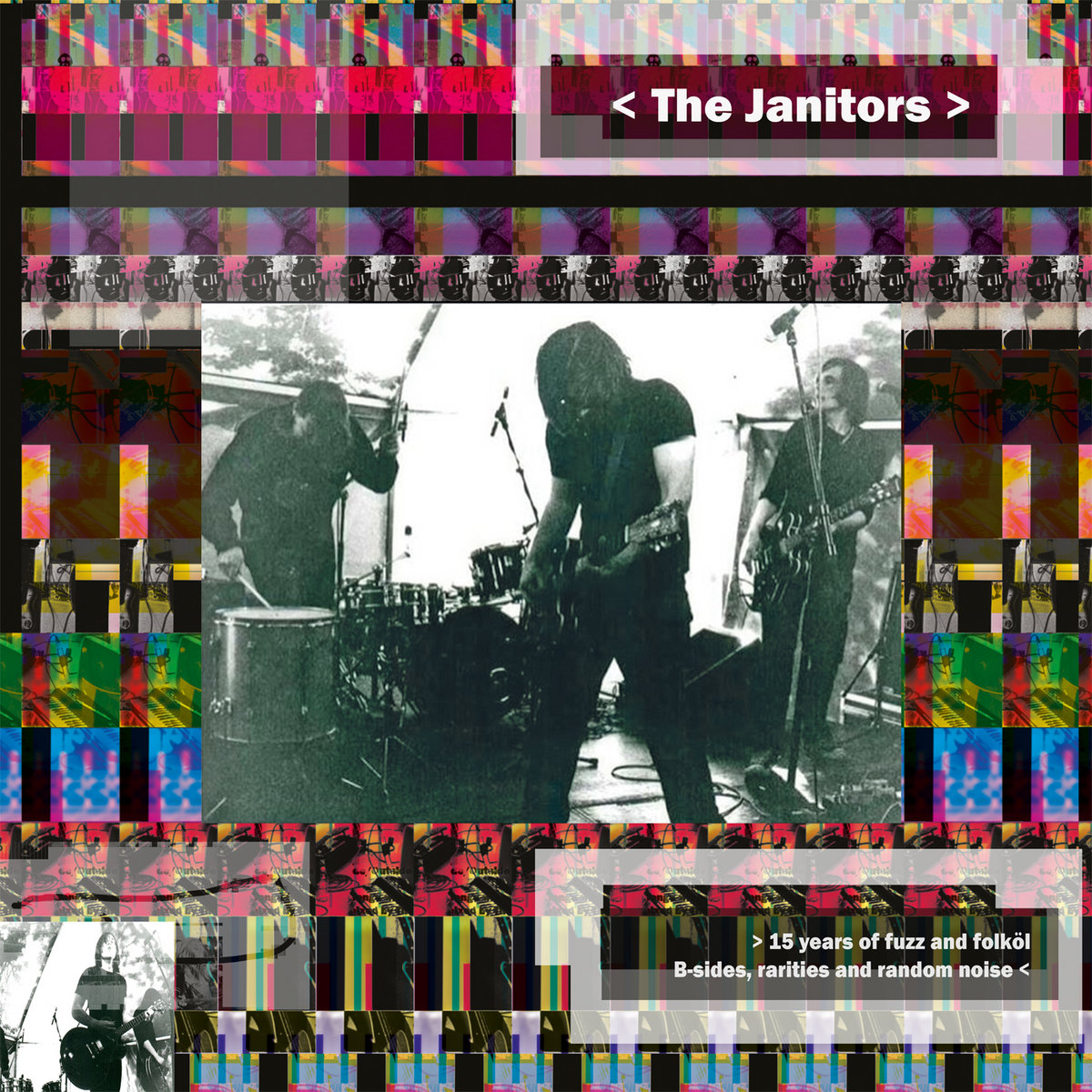 The same as everyone, I guess. Starts at home with an acoustic guitar, then we bring that riff or vague idea to the studio, and on we go. But for the ‘Noisolation Sessions’ we decided, much by coincidence, to try a new method of creating. It started with the cover of Joy Division’s ‘Isolation’. In March 2020 we were supposed to head up to Omnivox Studios in the north of Sweden to record our new album. But corona hit and everything got cancelled. We went back in our studio to continue working on the new songs but instead we recorded what we felt was the most apt tune for that moment. The response was excellent and really re-energized us. And a thought kicked in – that the next week we’ll just start writing new songs, but with the same dogmatic rules, one idea, one night of recording, one week of mixing and then it’s done – a challenge of just letting the creativity flow but then leaving the song as a testament to that moment. 6 new songs came out of that strange and wonderful void we inhabited during those 3 months and soon we will hold the transparent blue vinyl in our hands! 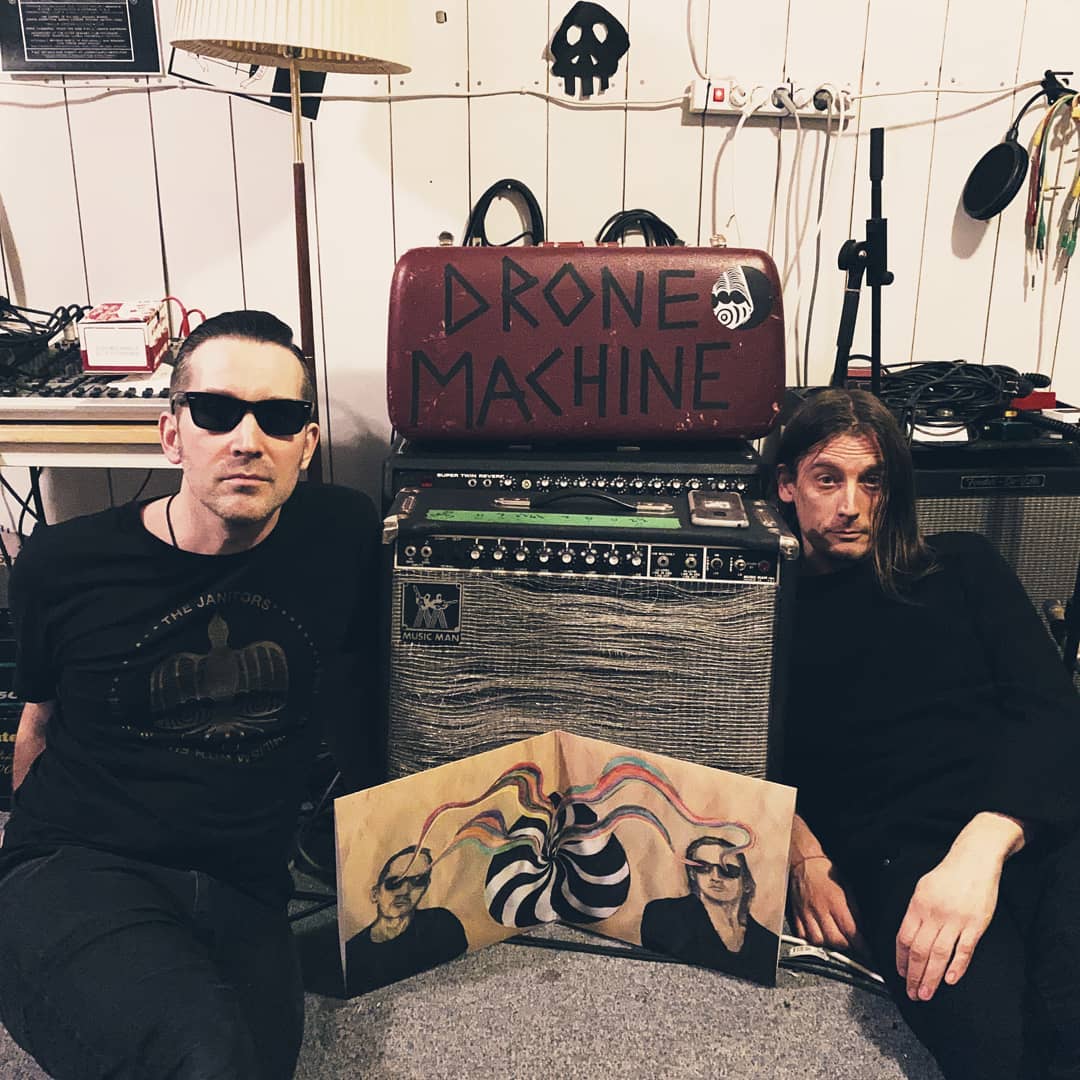 We just confirmed that we will head up to Omnivox to record the old/new song in December, so a new Janitors album will probably be ready in the beginning of 2021. 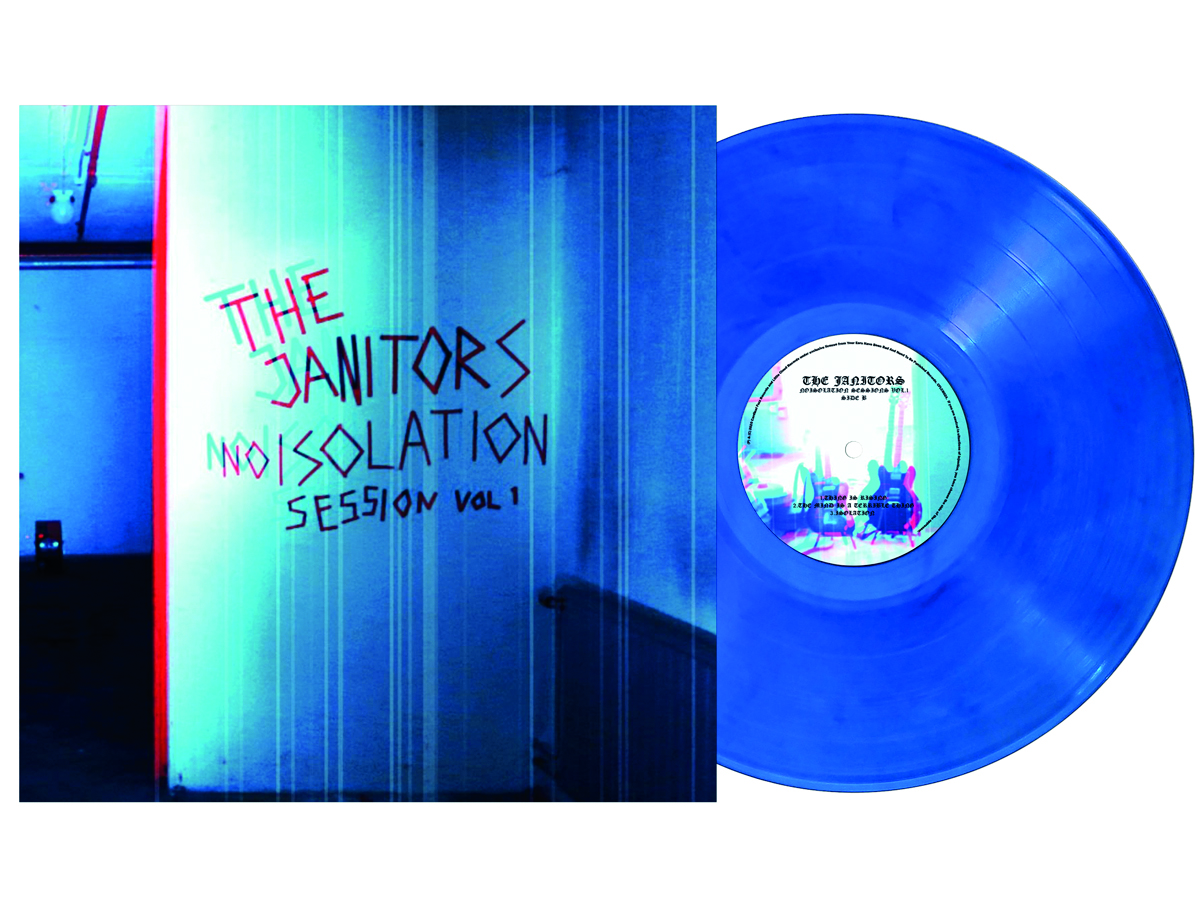 Can you share some details how your ‘Fuzz Club Session’ came about?

The Janitors have been like a distant cousin to the Fuzz Club family, often invited to the family dinners and festivities, but we have never released anything on the label. When the question came about a session we were very much up for it. As it often is, our live performance differs quite a bit from the recorded ones and we were really eager to have a testimony of that on vinyl.

Fun anecdote about that session, we flew in from Sweden early morning and got to the studio at around 10 am. We were told that we had to wait until 6 pm so we really started working quick as hell setting up and almost rushed through the songs. By around 5 pm we were done and almost satisfied. By the time we packed our stuff and heading out, a dude from the film crew said: “Damn we have never been done before 11 or 12”. So the moral of the story. Don’t tell Swedish Janitors there is a curfew because we will hold that damn time to every extent.

Would you say that you’re recording conceptual albums? If so, does it change from album to album?

We have more and more moved into the territory of conceptual albums. It started with ‘Evil Doings Of An Evil Kind’ continued with ‘Horn Ur Marken’ that both from start to finish are about the rise of the far right, religion, neo liberalism and basically everything that is wrong with the world. The state of the world is still deteriorating and it’s seems like the light in the end of the tunnel has been cancelled so these themes are still very much active in ‘Noisolation Sessions’ but have been mixed up with personal themes about us and those in our vicinity. But be fair, all those stories are an actual consequence of the society we live in. So, I guess the concept is still intact.

The new album, with the working title – ‘An Error Has Occurred’, has more personal themes and in some ways leads The Janitors in kind of a new direction. But do not worry, we still dive deep in drones, fuzz and noise, but we have rediscovered our love for vocal harmonies and loops.

To be noted, we got this interview before corona. And we do enjoy playing live, and at this point we are really fucking good at it as well. But even before corona we didn’t play live that often. We really love those instances when all our schedules match with work, kids and life we get the opportunity to travel and meet likeminded people and bands.

Cardinal Fuzz and Little Cloud Records recently did re-issue of the long out of print ‘Drone Head’. That’s a very special album. Another classic is ‘Horn ur Marken’. Would you like to discuss those two albums and its differences?

As we mentioned above, ‘Horn Ur Marken’ is a sort of conceptual album and ‘Drone Head’ is a collection of two Ep’s and some remixes and a new song. The thing with ‘Drone Head’ is that it is similar to ‘Noisolation Sessions’ in the way that we stopped listening to others and just dove into making the music. Whereas ‘Horn Ur Marken’ is more an entity and a whole. But ‘Drone Head’ is really a special album for us cause it propelled us out into a whole new audience and we are forever grateful for that.

Andreas our current bass player is a part of the legendary Swedish kraut collective Audionom, that we recently re-released an album with through our own digital label Your Ears Have Been Bad And Need To be Punished Records. Our drummer Anders has two projects Keep Left Signs and Horisontel Lords. Jon our drummer/drone master on kind of permanent vacation in the south of Sweden is doing strange house music under the monikers Strssmmnt and Lou Breed. There is a really long list of bands that our previous members have been part of and that list is as follows: Hell On Wheels, Bear Quartet, Infinite Mass, The Venue, Presolar Sands, Nova Express, Black Belt, Marousch, Bomb, Bring Me The Fucking Riot…Man, Svart Katt, Candlemass and probably some I forgot.

‘Noisolation Sessions Vol.1’ will be released via our favorite labels Cardinal Fuzz and Little Cloud Records on November 13th and we will then record the next album in December. Eventually we will play those songs live. Until then we will keep creating when we have the urge or until someone tells us enough is enough.

“To create is to resist, resist is to create.”

Remember to breathe. These times can make anyone out of their minds. Find your place of peace and reload energy, cause a tidal wave of bad shit is coming and to be able to fight that we all need energy. Always and forever we will raise our middle finger to all right wing and capitalist oppressors. To create is to resist, resist is to create. Fuzz love from The Janitors