Exclusive video premiere of ‘Activate’ by Frankie and the Witch Fingers off their new album ‘Monsters Eating People Eating Monsters…’, out October 2, 2020.

Bubbling up from the psychedelic tar pits of L.A., Frankie and the Witch Fingers have been a constant source of primordial groove for the better part of the last decade. Formed and incubated in Bloomington, IN before moving west to scrap with Los Angeles’ garage rock rabble, the band evolved from cavern-clawed echo merchants to architects of prog-infected psych epics that evoke a shift in reality. After a stretch on Chicago/LA flagship Permanent Records the band landed at yet another fabled enclave of garage and psychedelia – Brooklyn’s Greenway Records, now working in tandem with psych powerhouse Levitation and their label The Reverberation Appreciation Society, the group’s latest effort is dually supported by a RAS / Greenway co-release. 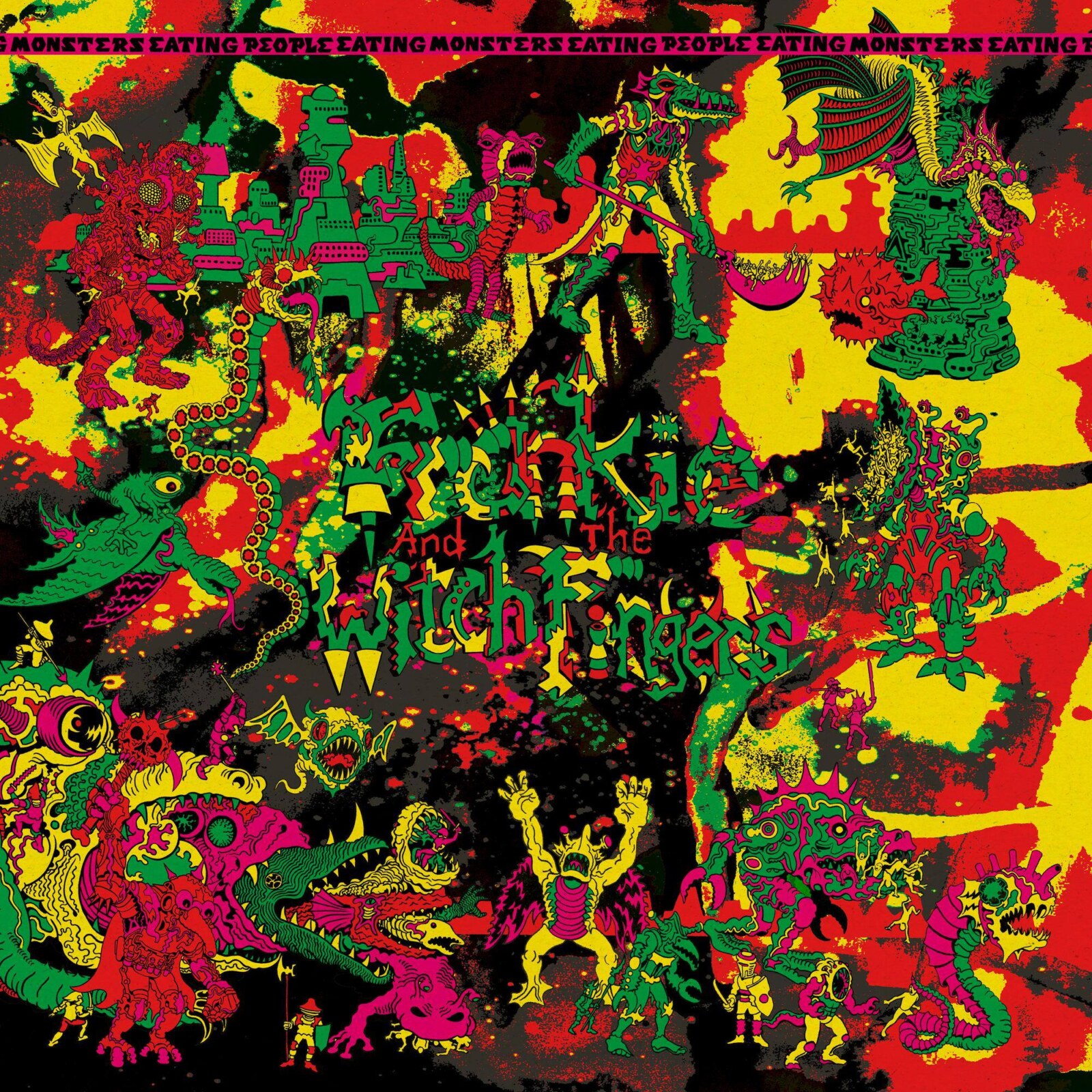 After years of searching for the specific alchemy that would tear open the cosmos, they found the formula with the addition of Shaughnessy Starr on drums in the summer of 2018. They began a new cycle and tripped into tip-on double gatefold territory, flesh-ing out their lysergic impulses into a monolith of sound that closes in from all sides. The band reached new levels of grandiosity and utilized every minute to manifest their psych-soul Sabbath in four dimensions, spilling psychic blood on a populace ready and eagerly waiting. Yet, as expansive, inventive, and immersive as any studio album might be, the band is born for the stage. As their live prowess caught the ears of some legends in their own right, the band practically lived on the road last year with stints opening for Oh Sees, Cheap Trick and ZZ Top. Along the way the constant pulpit of the stage would form ZAM into a transformative experience while plotting their next permutation of space and time.

That transformation, ‘Monsters Eating People Eating Monsters…’ (repeated infinitely,) rises like a Phoenix from the road tar, van exhaust, and ozone crackle of amps in heat. Once off the road it was recorded in just five blistering days. Though, while the tour may have hammered the album into shape and brought about a wind of change, those changes stretched to the band itself as well. In the wake of the tour the band’s longtime bassist Alex Bulli made his exit, with the majority of bass parts on the album being written and played by multi-instrumental magician Josh Menashe with occasional pitch in from songwriter Dylan Sizemore. Stripped to their core the band has created their most ambitious work to date, an album that takes the turbulence of ZAM and crafts it into a beast more insidious and singular than anything in their catalog. Moving forward, the band has taken on new blood. Completing their lineup, Nikki Pickle (of Death Valley Girls) will join them working the new album out roadside on bass. A new horizon of Frankie and the Witch Fingers draws near and we’re all set to follow them into the unknown.

Frankie And The Witch FingersPremieres